Tactics and methods make the man

A tactical and practical approach has taken Stephen Berry far, even if it is not along a path he imagined as a younger man.

Now a senior vice president, general counsel, and corporate secretary for Builders Insurance Group, Berry once aspired to be a historian. Instead of academia, he has mastered the complex and perhaps arcane realm of liability insurance and brought that knowledge to the role of an in-house counsel. 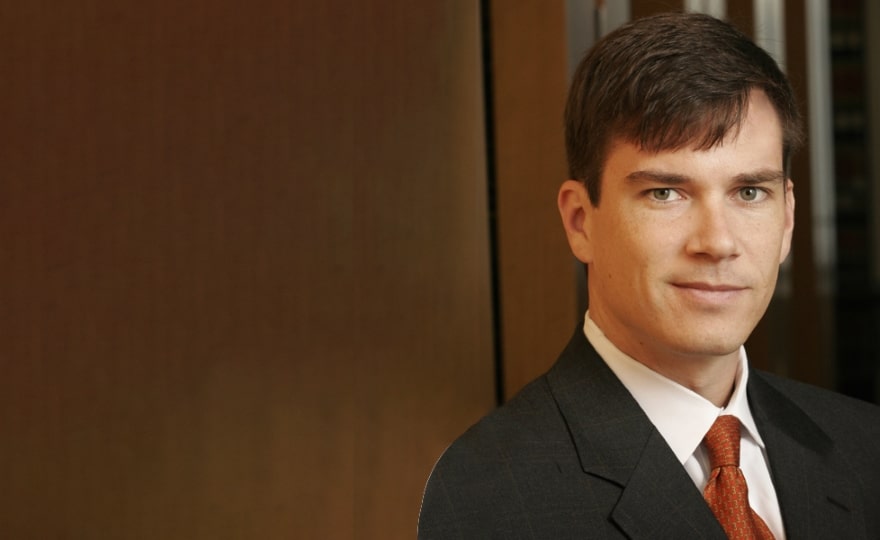 “After the move from a law firm to a general counsel position, I can help the company grow and profit instead of fighting its battles and billing by the hour,” Berry says. “I guess there is less of the day-to-day tactical battling, but there is more of a strategic growth focus; it is more positive, long term and collaborative.”

Builders Insurance Group has been underwriting the construction industry since 1992. Headquartered in Atlanta, it has more than 21,000 policyholders, mostly in the Southeast. Berry is now part of the leadership that is expanding Builders’ underwriting in both scope and territory.

As Builders enters the marketplace in Texas, Utah and Colorado, it’s also beginning to issue general liability and workers’ compensation policies to manufacturers, health care providers, retail companies and restaurants. It presents a learning curve for Berry, with new sets of terms, rules, and conditions across a wide array of the commercial spectrum.

Yet he is equal to the task, as Berry spent more than 20 years consulting for insurance companies on litigation issues.

“In my former practice, I have handled all kinds of coverage disputes under general liability policies,” Berry says. “I can use that experience to help the company underwrite the right risks, under effective terms and conditions, while covering the risks that our policyholders want to cover.”

Not only has Berry made a career of advising companies during claims disputes and litigation, he also compiled and then published the canon of Georgia’s property and liability insurance laws in the aptly titled “Georgia Property and Liability Insurance Law” published by Westlaw. He has also published “Insurance Coverage for Intellectual Property Claims” through Lexis.

Berry noted that construction claims can involve whether a leaky building is a problem because of an accident or negligence. However, he adds, the approach to resolution remains constant even though claims may differ.

“Litigating over insurance contracts is about reading the policy and applying the rules like a game of Scrabble or Monopoly,” Berry explains. “If you have a dispute, you pull out the box top and read it.”

As an undergrad at the University of Richmond, Berry was less interested in how to apply rules as he was in the events that shape them. There he earned a bachelor’s degree in history, with a focus on modern German history.

He then earned a master’s in history from the University of Virginia, but says he was realizing the demands of being an academic historian were not for him.

“In the academic world, you are forced to publish on what is academically fashionable at the time,” Berry says. “It is a career that is not really consistent with the appreciation of history and reading history books.”

With an analytical mind, Berry figured a law career would suit him well.

“Law school was a pleasantly challenging time for me,” he says. “I was at one of the top 10 schools in the nation for law, and I was surrounded by extremely steep competition.” In 1997, Berry earned his J.D. from UVA.

A native of Baton Rouge, Louisiana, he returned there after graduation, practicing at the largest law firm in New Orleans. As a fledgling attorney, he drafted briefs and other documents. He later moved to Atlanta and eventually became a partner at McKenna Long & Aldridge. In 2015, he became a partner at Dentons, another Atlanta firm, and joined Builders in July 2018. 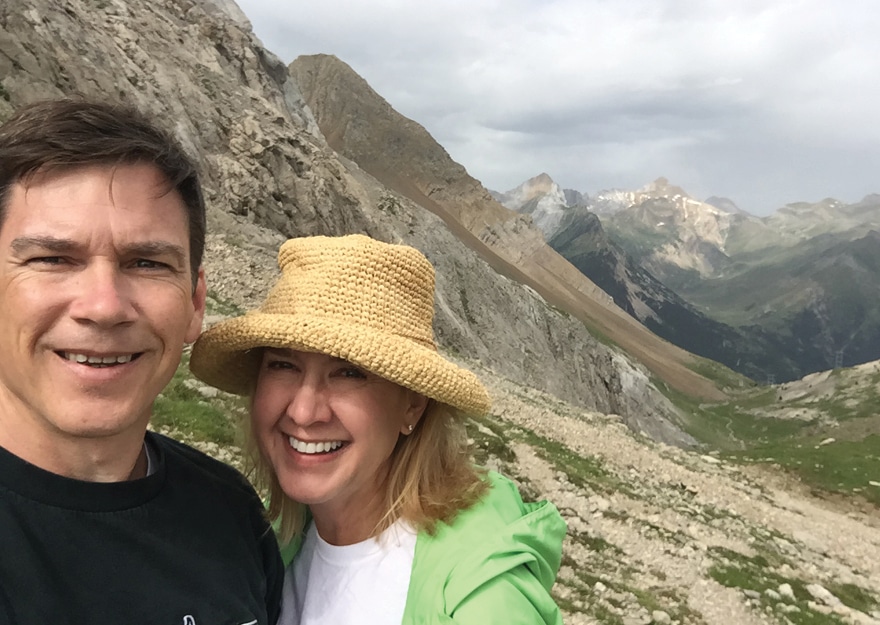 While his legal career progresses, Berry remains immersed in history. He frequently hikes on Kennesaw Mountain, northwest of Atlanta, where his great-great-grandfather fought in 1864.  He also proposed to his wife on the mountain overlooking the Civil War battlefield.

Hiking is a passion the Berry family enjoys away from battlefields and as far afield as the Alps and Pyrenees in Europe, but Berry adds they don’t have to go too far to stretch their legs.

“We live adjacent to Chattahoochee National Forest, so we can pretty much go out our door and hike there,” he says.

His daughter trods the boards, performing in dramas and musicals, and as a board member at the Atlanta Shakespeare Co., Berry ensures she is not the only supporter of the arts in the family.

In his leisure, Berry enjoys games like chess and Scrabble, and roots hard for the New Orleans Saints. It’s no game when he gets to work on Builders’ legal affairs, and the focused approach is paying off.

“It just plays into my strength of what I have done over 21 years,” he says. “It is a constructive process, working with the CEO, CFO, underwriters and adjusting team to achieve our goals for the company.” 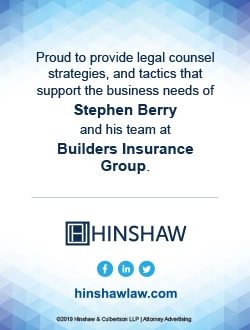