A GC for all seasons and reasons

Steven J. Feder is in familiar territory, which makes him somewhat of a rarity in corporate law. Prior to accepting his latest post at CompoSecure, Inc. in April, he’d been general counsel at two other publicly traded companies.

“Not many people can claim three tours of duty as a GC,” he tells Vanguard in August from Somerset, New Jersey. “The experience and perspective I have gained is incredible.” 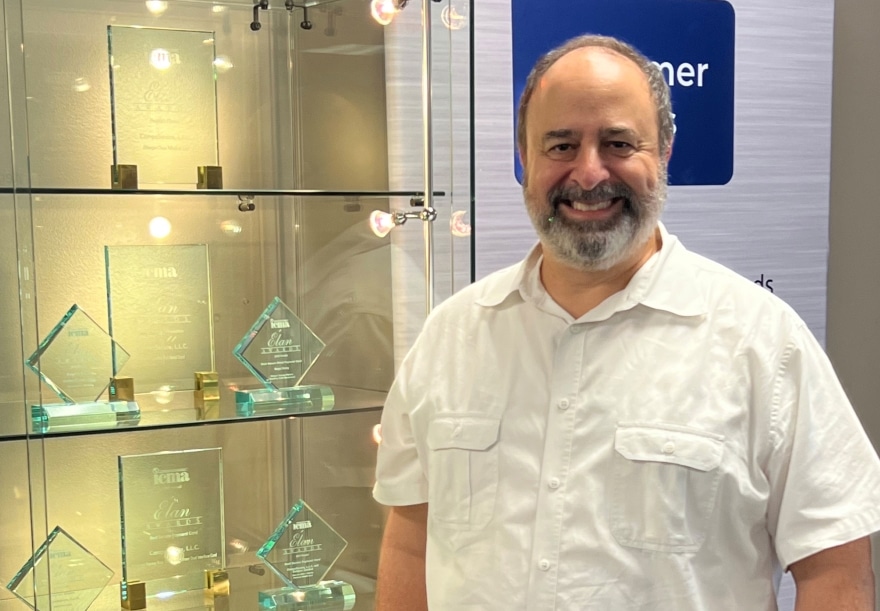 Even fewer people can claim Feder’s other resume enhancers. He has partnered at two large law firms and, as a founder of GenCounsel LLC, served as part-time general counsel for multiple companies, including CompoSecure from 2014 until earlier this year when it hired him full-time.

The company having grown from about 40 to nearly 800 employees during those eight years, the CEO and Feder agreed on the need for a full-timer to lead legal. Feder acknowledges there’s been a steep learning curve for all matters of cryptocurrency and digital assets. CompoSecure is a leader in payment, security and authentication solutions, including making premium metal payment cards and expanding into digital asset security and storage.

But having helped the company for years, he says it’s been a relatively seamless transition—even a relief—to have CompoSecure as his sole client.

CompoSecure has been plenty demanding on Feder since he commenced serving it as a part-timer focused on commercial contracting. He took on more responsibilities as the company went public through a $1.2 billion special purpose acquisition company merger with Roman DBDR Tech Acquisition Corp.

After the year-long process, CompoSecure achieved Nasdaq listing on December 28, 2021. Feder’s role then grew to include litigation, vendor management, personnel, intellectual property and now corporate governance and U.S. Securities and Exchange Commission compliance. That’s a heavy enough load for an inside lawyer, he says, much more so for a part-time outsider. 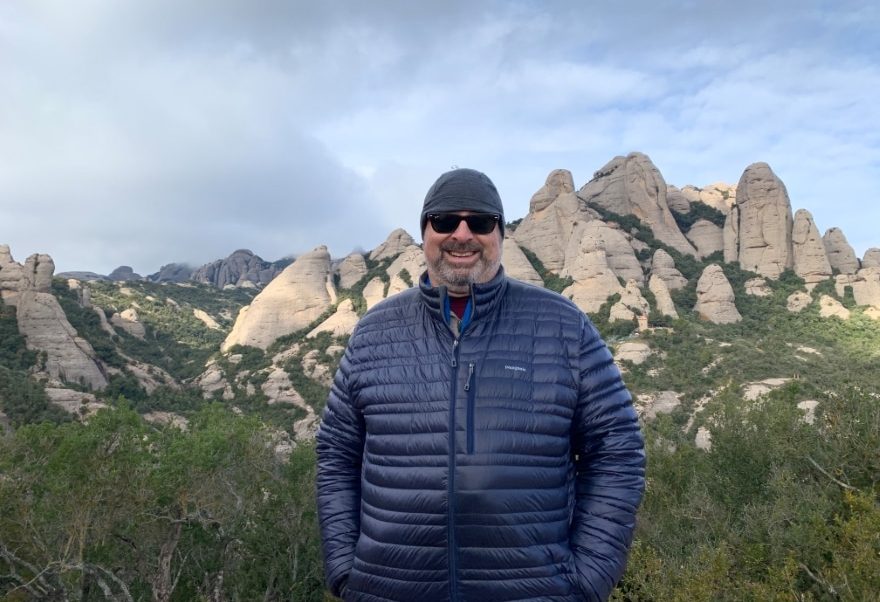 And this game is a complex and evolving one. CompoSecure uses payment card technology and metal cards with Arculus security and authentication capabilities. Should an exchange collapse, Feder says Arculus would protect the digital asset owner, not the creditors of the exchange.

Arculus technology can also be used to help consumers who want to check their holdings in a bank or brokerage account through a mobile device. Three-factor authentication would protect account access even if the bank or broker is hacked.

“The digital security and authentication solutions the company has developed will be a significant mover as people are more concerned about security,” Feder says. “We also think the businesses will be happy with a better system in place. Many traditional businesses are looking at digital assets and digital authentication, and we think CompoSecure and its Arculus technology can be part of the solution.”

While Feder says his new role was like stepping into an old, comfy pair of shoes, it wasn’t an easy choice. In his prior role, he had a rewarding practice and, at the time, was part-time general counsel to several companies in Greater Philadelphia, including Interphase Systems, Fire Engine RED and Score Pharma.

“My decision came down to, ‘do I like this company, its people first and foremost, and do I like where it’s going,’” he says. “When you’re involved with them so fully, they become part of who you are.” 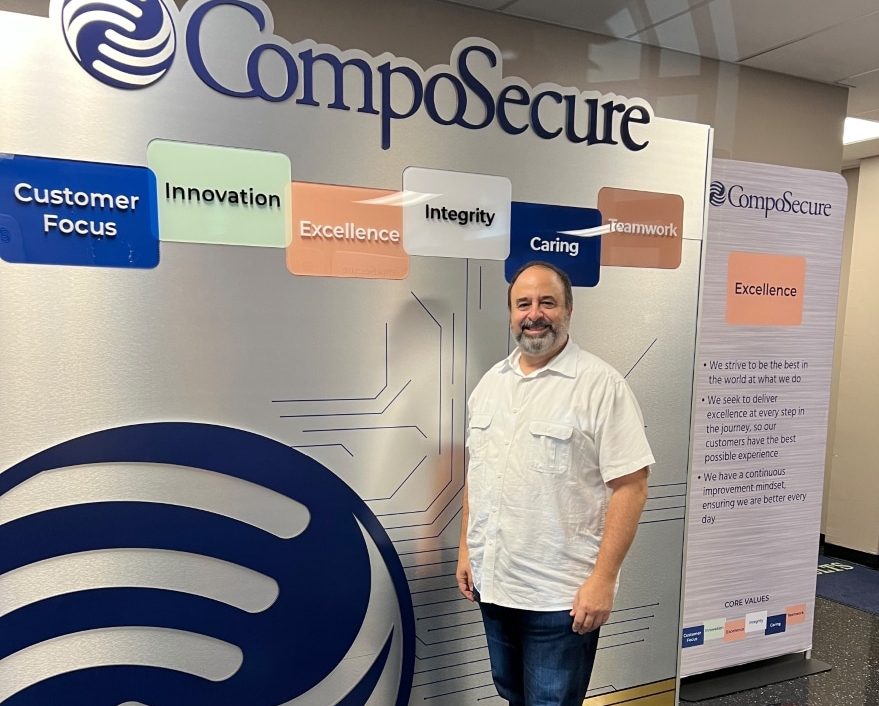 After 8 years as outside GC, Feder became full-time inside GC and Corporate Secretary in April 2022.

Law wasn’t his original interest, however. A 1985 Temple University undergrad with a degree in English education, he envisioned a teaching life. Then his soon-to-be-wife, Marla, invited him to a law school presentation, as she was mulling the legal route. Two hours later she decided it wasn’t for her, but Feder decided it was for him, and enrolled at Temple’s James E. Beasley School of Law.

Just two years after earning his law degree in 1988, Feder took the first of his general counsel jobs with MEDIQ, a former diversified healthcare business in Philadelphia where he worked until 1995. He spent the next 10 years in private practice, including with Ballard Spahr and Pepper Hamilton. He then took the legal reins at Safeguard Scientifics, which provides capital and consulting services to tech-driven companies in healthcare, financial services and digital media.

“We didn’t drop someone into a company full-time on-site,” he says. “Instead, if the client needed an attorney one day a week or four days a month, they got it; and the attorneys were former in-house lawyers. You see other firms advertising outside general counsels but many of them have never set foot inside a company.” 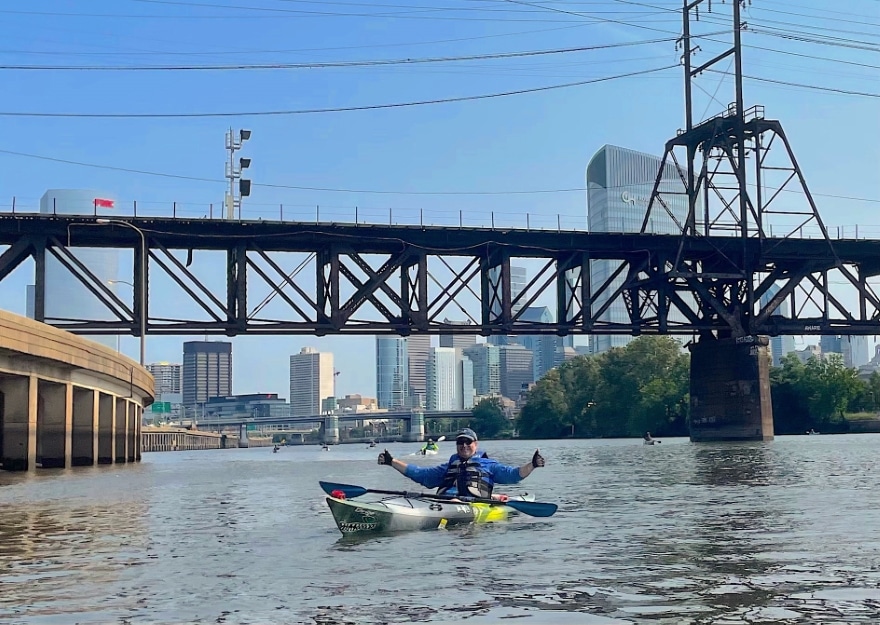 When not riding his bike, Feder is often kayaking, including this trip down the Schuylkill River in Philadelphia.

Feder’s feet have walked the floors of so many companies that, save for LinkedIn, he might lose count. But at the age of 58 he says he’s back doing what he likes best and after 35 years of lawyering, the thrill isn’t gone.

Homelife is comfy with Marla, his wife of 36 years, and their two adult children. If he could have a wish granted, it would be that Philadelphia’s sports teams, especially the Philadelphia Eagles, could again win a championship.

And as to who coached him into a winner, he recalls a law school professor whose career included a role in local government, partner of a major law firm and general counsel. When Feder asked how he had planned to achieve such impressive career achievements, the answer was like an epiphany. There never was a specific plan.

“Fast forward my career 35 years and that’s been my secret,” Feder says. “I didn’t set out to do any of this. I just tried to serve my clients well, and I believe I made good decisions on the opportunities available to me at each junction of my career. I’m certainly pleased with the results.” 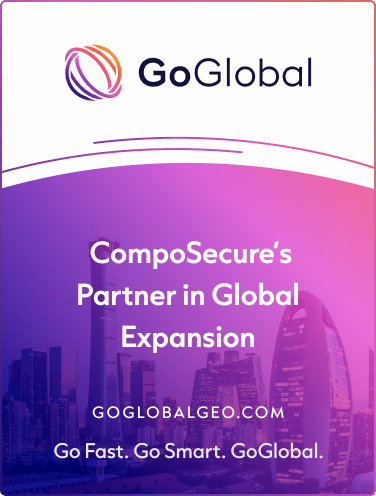 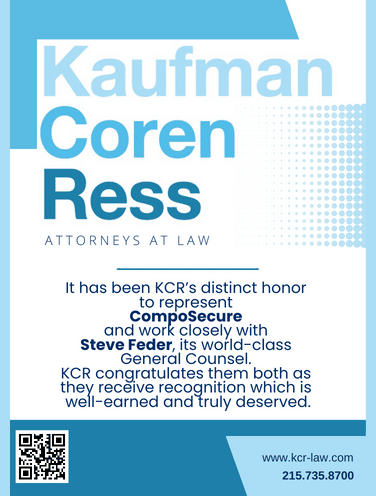 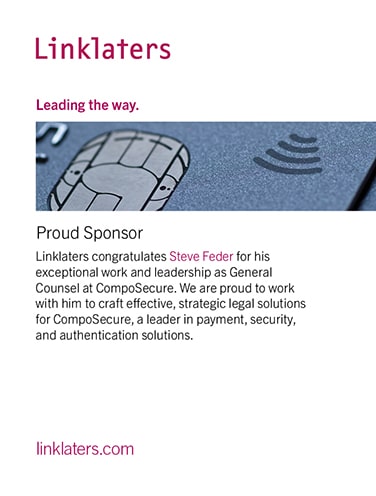 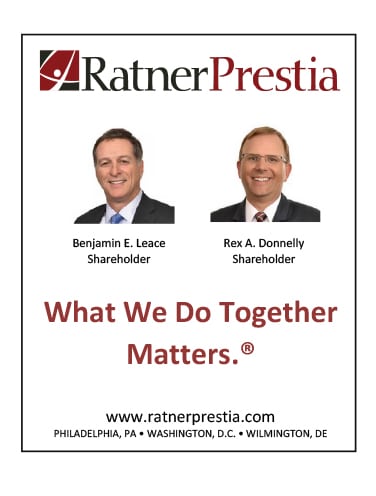