Career moves down to a science

Compared to what his father did decades ago, Bradford J. Shafer’s career change in the prime of his working life may not seem quite so remarkable. But it still represented a leap of faith that’s vindicated itself in the form of Shafer helming the legal department of a growing biopharmaceutical company in South San Francisco.

Having made partner in the prestigious San Francisco law firm of Brobeck, Phleger & Harrison during the mid-1990s, the then-36-year-old Shafer was making more than just a comfortable living representing both life sciences and technology companies going public as well as their funding sources: venture capital firms and investment banking firms. But he had to ask himself the same question that his father, John Shafer, asked back in 1972 when he too seemed to be sitting pretty as a publishing executive in Chicago. 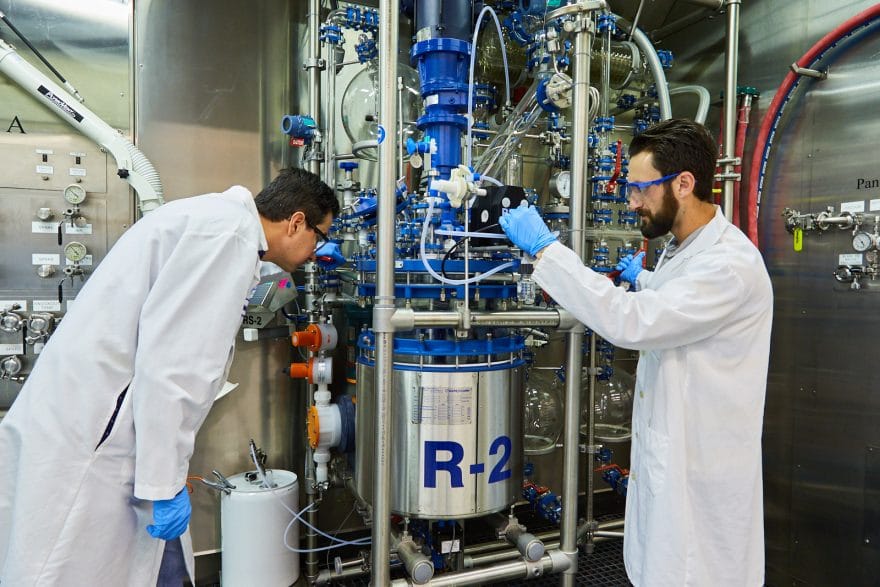 “There I was, nearing the top of my game, but asking myself, ‘Is this what I want to be doing 20 years from now?’” the now 57-year-old Shafer recalls during a late-July interview with Vanguard.

The short answer: No. The same definitive answer his dad had arrived upon decades earlier.

Some folks might have thought the elder Shafer was having a midlife crisis when, in his mid-40s, he moved his family from suburban Chicago to California’s Napa Valley, bought 200-plus acres that included a 40-year old vineyard, taught himself to drive a tractor and began making Zinfandels. But flash forward to 2012 and his great American success story appeared in the Wall Street Journal under the headline, “The near-accidental brilliance of Shafer Vineyards.” The family winery is now considered one of the world’s top producers of Cabernet Sauvignon.

Only the younger Shafer didn’t see it as an accident. After all, his father was following his heart and was resourceful enough to prosper.

Just as the son was when he left the security of the law firm in 1996 to be general counsel for entrepreneurial medical device maker Heartport Inc., and in 1999 to be senior vice president and general counsel to a young biopharmaceutical company named Advanced Medicine.

And 21 years after asking himself the 20-year question, he has no regrets.

One of many such start-ups in Northern California, Advanced Medicine (later rebranded as Theravance prior to its initial public offering in 2004) had promise but not necessarily security as it focused on the discovery, development and commercialization of a next generation of medicines for respiratory diseases, bacterial infections and gastrointestinal distress.  Since Shafer joined the company it has raised over $1 billion in capital privately, publicly and pursuant to collaborations with large pharmaceutical companies. All to keep the R&D engine running. 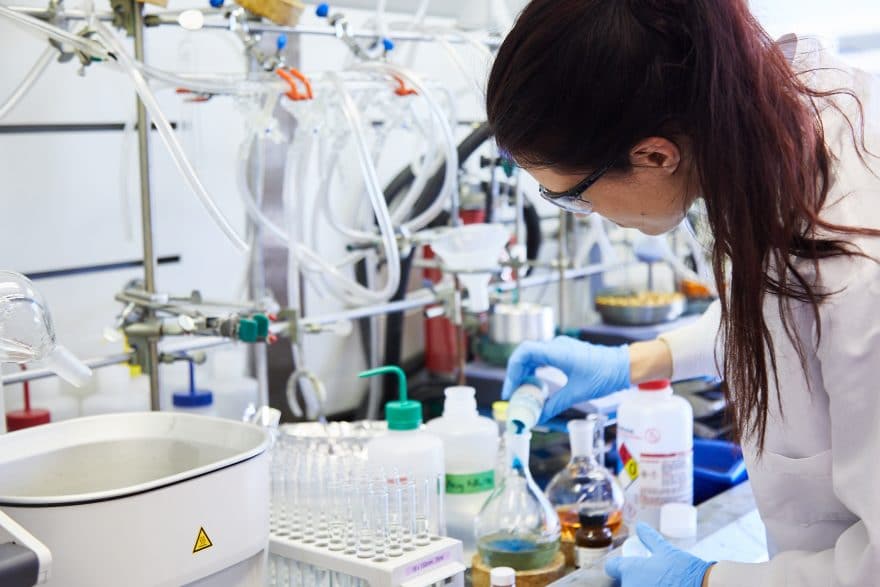 “We’re a significant public company that’s been through a lot,” the congenial University of California Hastings College of the Law grad says from his South San Francisco office. “In 2008 we suffered a regulatory setback that required us to lay off 40 percent of our work force in order to survive.  Unlike the big banks in the 2008 meltdown, we were not too big to fail. But the company was able to regroup, succeed with product development and launch a life–saving antibiotic medicine that we invented all on our own. It’s been an incredible ride.”

There’s excitement aplenty in biopharmaceuticals, Shafer says, but it must be tempered with patience. Inventing drugs isn’t like creating the next social media app or fashioning the next widget. Securing FDA approval adds years to the product development cycle, and there had better be capital to sustain the operation.

“We’ve been very successful from an R&D perspective, although we’re still not profitable,” Shafer says.

A drug for the drug-resistant

That could come as the company’s ever-evolving product pipeline includes both Revefenacin, a new, once-daily investigational medicine for chronic obstructive pulmonary disease that was invented by Theravance and has successfully completed Phase 3 clinical studies and will be submitted to the FDA for approval this year, as well as an antibiotic, trade named VIBATIV®, that the FDA approved in 2009 to treat a potentially lethal bacterial infection that’s more common in hospitals and nursing homes than administrators would care to admit.

Known as MRSA, Methicillin-resident Staphylococcus aureus especially threatens people whose health has been compromised by injury, illness or age, or who may be in unsanitary surroundings such as prisons and even sports locker rooms. In recent years, dozens of professional football players have been diagnosed with MRSA—at least one so seriously that he almost had to have a limb amputated—and there’s reason to believe the antibiotic-resistant superbug has also sickened hockey players.

“We designed VIBATIV to be a once-daily injectable antibiotic to treat patients with serious, life-threatening infections due to Staphylococcus aureus and other Gram-positive bacteria, including MRSA strains,” says Shafer.  “We view it as an important weapon for a physician who is treating an infection for which VIBATIV is approved.”

Revefenacin’s and VIBATIV’s intellectual property also must be protected. The same goes for all Theravance Biopharma product candidates, and that poses challenges in the pharmaceutical industry where infringement can be very tough – and expensive — to prove.

“The heart of the company’s business is designing molecules that hit their therapeutic target with minimal side effects,” Shafer explains. “But the trick is to design those molecules in a way that doesn’t infringe another patented molecule. The real art is building a multi-patent portfolio around a valuable molecule to get you exclusivity in a variety of ways.”

Almost all of the company’s patent prosecution work is handled internally under the watchful eye of Shafer’s long-time chief patent counsel, Jeff Hagenah. The company has over 450 granted U.S. patents and more than 1,900 granted foreign patents. Shafer believes this is the largest patent portfolio generated by a biopharma company in the Bay Area other than Genentech, Inc.

Now decades of handling legal work in biopharma doesn’t make one an organic chemist, but Shafer says he has a strong working knowledge of the industry’s complexities despite not having a scientific background.. His responsibilities are eased significantly, he says, by the presence and leadership of Hagenah on IP matters, allowing Shafer to focus more on the business end of leading the in-house legal team of nine.

“In any well run company, the chief lawyer wears a business hat as well as a legal hat,” says Shafer, whose responsibilities of late have included negotiating significant partnering deals with other pharma companies, counseling management through difficult third-party disputes, the ever-present SEC compliance and public company investor relations matters, raising capital and simply trying to anticipate the many issues that confront a growing company in a highly competitive, highly regulated industry. 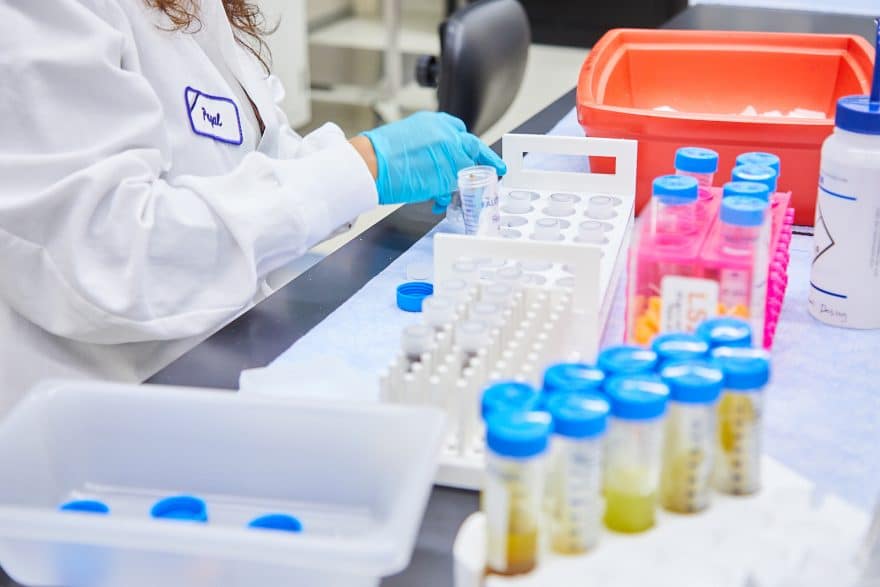 “But at the end of the day, it’s what we’ve done to help people,” he reminds.

Doing the right thing has paid off for Theravance Biopharma. On Shafer’s watch, there’s yet to be any major litigation against the company. Such a record doesn’t happen by accident. Honesty and balance comprise the best strategy, he believes, but complacency can’t set in.

“When push comes to shove, I say to my team, ‘tell the truth, be honest,’” Shafer says. “A lot of companies simply don’t get that.  And that is why they get into trouble.”

All of which has made Shafer’s career leap of faith worthwhile.

“I never really saw it as a gamble, though in hindsight it’s an easy way to look at it,” he says about his decision to go from law firm to start-up. “I wanted to do something different, and I never looked back.”

As his father had done.

And speaking of that father, John Shafer is a spry 93-year-old who remains active at the winery and vineyards that bear his name. Maybe a daily glass of wine and can-do spirit can slow the aging process.

“He’s a remarkable man and I still consult with him,” Shafer says. “He’s my role model.”

As Shafer is to his three grown sons. None practices law, but they’ve all found fulfillment in other lines of work.

“What did I tell them? Do something constructive, love what you do, and take the long view” he says. 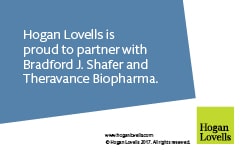 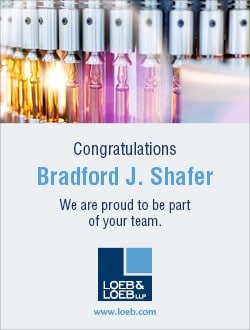 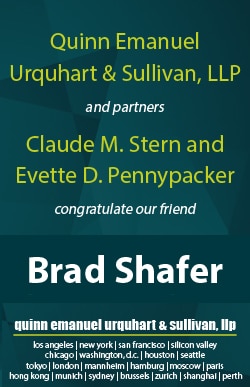