Hearts On Fire, the brand behind “The World’s Most Perfectly Cut Diamond,” draws on a vast array of resources to produce its high quality gemstone jewelry. Skilled members of the company’s research and design, production, finance, marketing and distribution/retail arms perform the day-to-day functions that keep the business competitive and growing. When it comes to tying these segments together, the Hearts On Fire leadership team calls on in-house general counsel, Tish Berard.

Berard joined the team in 2006 and carries 22 years of experience in a range of legal areas. She engaged in intellectual property and trademark work — her strongest area of expertise — for several years before joining the Hearts On Fire team.

“I knew that going in-house would allow me to learn a business and be proactive so I could have a more positive impact,” says Berard regarding her decision to join the business. “Hearts On Fire was looking for a trademark lawyer, which is how I started here.” Over the years, her judgment and expertise has provided abundant value and she now serves as vice president as well as general counsel.

Berard recognizes a major distinction between working in-house or as an outside resource. “A general counsel has to think about what is best for the company in regards to risk. In a law firm you are adverse to all risk — in a business, you have to take a certain amount of informed risk. I enjoy being in a position where I feel like I am helping not just one person, but a collective — a business. I knew when I joined Hearts On Fire that I had found somewhere I could apply my knowledge of the law and my skill at problem-solving to achieve that.”

To her friends and family, Berard’s career in law has come as no surprise. At 8 years old, her parents told her she was very good at arguing. She grew up on television programming about attorneys. In college, she majored in pre-law, an uncommon choice even for most lawyers. Over the years, her sustained focus, drive and interest in helping others have contributed to her success.

In college she worked as a dispatcher for the Utah State University police department, where her co-workers recognized her talent. During law school, Berard had the opportunity to work in the Utah Department of Corrections. “It was an eye-opening experience,” she recounts. “I visited all types of institutions and that really expanded my perspective working with inmates and their legal requests and issues. It was a great lesson in putting yourself in another’s shoes and definitely improved my street smarts.”

After her tenure in law school, she worked as a clerk for a magistrate judge in Arizona, followed by a position under a federal judge in the same building. Exposure to federal cases allowed her to work with people, preparing cases — another excellent learning experience. 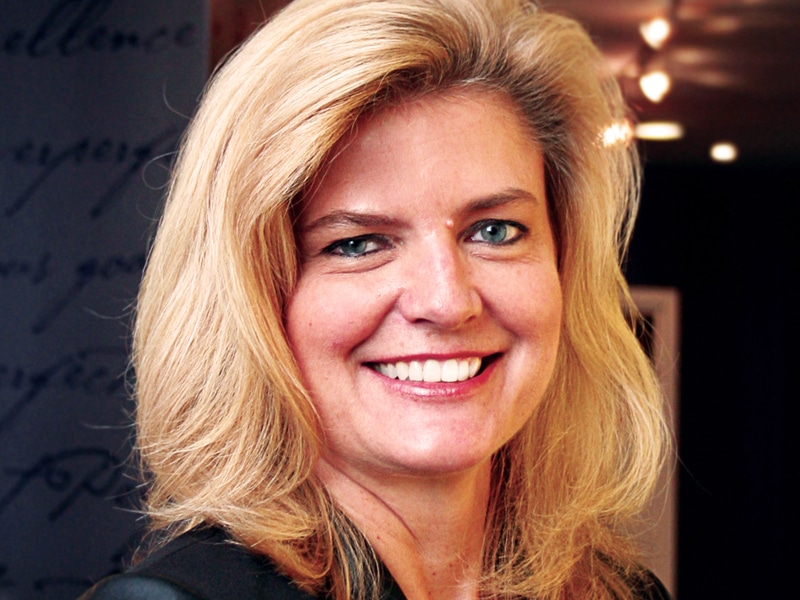 Berard then joined a small boutique intellectual property firm that was looking for someone with litigation experience. “I had plenty of litigation exposure,” she notes. “There, I learned trademark law and took over the firm’s trademark practice in Phoenix for four years.” She later moved to Squire Sanders, followed by another position at a small, boutique firm in Boston before joining Hearts On Fire.

As a general counsel, variety is not only the spice of life, but an everyday occurrence. “No two days are alike and that’s what makes being in-house counsel so invigorating,” explains Berard. “It allows me to use my knowledge of the law as well as my experiences. I feel this role is more in line with my personality. I enjoy being part of the team; it allows me to gain more insight and to do more outside the box.”

Consistent involvement means Berard gets to see projects through from beginning to end while flexing her creativity. Her problem-solving capabilities allow her to find alternate solutions — instead of resulting in a win-or-lose situation, she can explore options that make projects a win-win for her team.

Recent work includes the acquisition of Hearts On Fire by Chow Tai Fook Jewellery Group Limited, an international operation with a focus on the Chinese market. The new parent company has welcomed the brand as an extension of its operations, complementing existing lines and retail. Hearts On Fire will continue to operate as a standalone enterprise and benefit from its new parent corporation’s resources and assets.

“We’ve just finished the acquisition and now we are normalizing the whole thing,” says Berard. “This is our first and only acquisition in my time here, so it’s new for everyone. I took the lead on getting everything together and worked with outside counsel, developing documents in conjunction with them. I was the lead person on our end so I did a little of everything.”

With this new development, Berard says the business is in the rhythm of adapting to new structure. She does not foresee any new major expansion initiatives, outside of organic growth, for the near future.

Hearts On Fire currently operates two storefronts in the U.S., eight in Taiwan and has been opening standalone or shop-in-shop facilities in China and Hong Kong through Chow Tai Fook. The brand also sells to independent retailers via its wholesale channel.

As the business grows, Berard is also focused on her own professional development and that of others in the legal community. She is an adjunct professor teaching trademark law at the University of New Hampshire School of Law as of early 2016 and is an active member of the International Trademark Association, serving on the board of directors and as a vice president to promote education and networking opportunities for professionals involved with trademark law.