A mentor in the field and in the office, Tony Trevino never stops teaching

When representatives of Lewis Energy Group visit landowners of potential gas extraction sites, they often give the following reassurance: “We’re not going anywhere.” In an industry filled with fly-by-night operations trying to make a quick buck, those words make a difference.

Tony Trevino, general counsel for LEG, knows this. He’s been in the Texas energy industry for almost 30 years, and while much of his time at the company is occupied by legal tasks, as a senior executive he also navigates the complex relationships between LEG, its partners and the landowners who lease space for drilling. 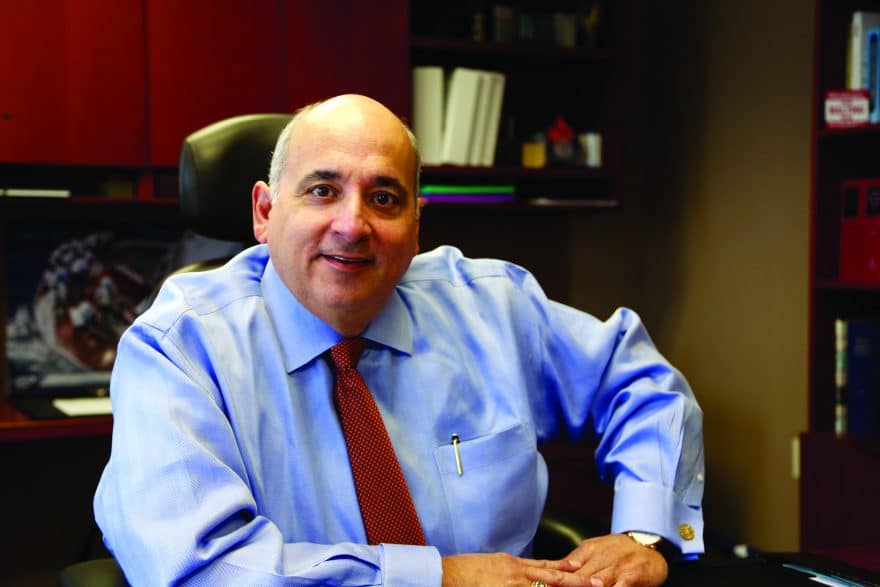 It’s a sensitive job. “Some of these landowners are fifth- and sixth-generation,” he says. “Some can date their property back to the king of Spain.” As a result of this longstanding connection to the land, Trevino says there are few “absentee landowners” in South Texas. Instead he says LEG works with men and women “who grew up on these ranches” and take a hands-on approach to the property they view as family heirlooms.

LEG has been operating in South Texas for 34 years. It has major plays in five Texas formations—those known as Wilcox, Escondido, Olmos, Eagle Ford and Edwards. While it also has “plays” like the ones in Texas abroad in Colombia and Mexico, LEG is focused on working locally.

Several of LEG’s executives grew up in San Antonio and have deep respect for the culture and history of South Texas. As a result, Trevino says, when LEG must use a third party vendor or partner, it approaches fellow Texans first.

“We really try to help the local guys because that’s where we came from,” Trevino says.

Trevino is among the executives who are deeply familiar with the region. He’s been practicing law in South Texas for much of his adult life and worked as an oil and gas litigator at a law firm in Laredo, Texas, when he first took on Lewis Energy as a client. When he left the law firm to be a legal and business consultant, he kept LEG as a client for two decades before joining its team in 2011.

Trevino describes the shift from outside to inside counsel as “an awakening” because it required him to understand the finer points of the oil and gas industry. “I tell friends who do outside counsel [work] that if you take the time to learn a client’s business you can better serve them,” Trevino says. 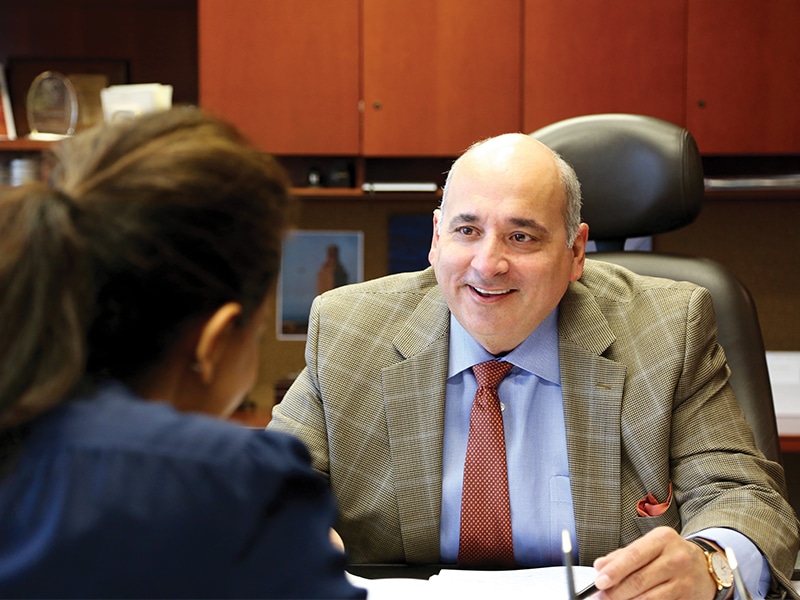 Much of what Trevino has learned at LEG is how to connect with landowners and establish trust. Natural gas extraction, after all, isn’t an overnight operation; sites can be active for decades and wells can produce for 20 years or more.

Part of the way that Trevino earns this trust is by cooperating with landowners and their attorneys, or helping others in the company do the same. When he visits owners to discuss, negotiate or renegotiate their oil and gas lease, he often explains, “how hydrocarbon gets from the depths of the earth all the way to market, from a technical standpoint and a business standpoint.” By explaining this process, Trevino can give landowners a much better idea of what will happen to the property they cherish.

“Until you see the inner workings of [the gas industry], you can’t make full connections,” Trevino says.

Mentoring in- and outside of the office

Part of Trevino’s role alongside these executives has been building the legal team. When he became one of the staff, there was only limited in-house counsel. In just five years, he built a legal team that includes four attorneys in San Antonio, Texas, two attorneys in Columbia and one attorney in Mexico.

Through his role, Trevino has become a mentor to younger attorneys, which is part of the job he loves.

Through this role, Trevino has become a mentor to younger attorneys, which is part of the job he loves.

One way he does this is through maintaining an open door policy and constantly challenging his staff, not just giving them answers. “I give them a charge [or a task] and ask them to come up with what they believe the answer or analysis is,” Trevino says. “I try not to give the answer. I say, ‘here’s the problem, what is your proposed solution?’”

Alongside critical thinking skills, Trevino wants his team to understand the business. “I send [new attorneys] down to drilling rigs and down to frack jobs to see what it looks like and what’s going on,” Trevino says. “I tell my guys to listen. You need to know what this business is about. I encourage them to sit in on operations meetings and meet with managers for the various departments- engineering, geology, drilling, completions, marketing and accounting to name a few.”

“It’s one thing to know a business on paper,” says Trevino. “It’s another to be there and witness the production of hydrocarbons in action.”

Outside of the office, Trevino continues to mentor and serve others as the president of a state chapter of the Boys and Girls Club of America. Among the many Club programs, he’s involved in recruiting young professionals to participate in a 10-week program that gives eighth-graders the chance to work one-on-one with young professionals throughout San Antonio. Trevino says the program teaches students the same interpersonal and communication skills that have helped make him successful.

“This is where I am in my life and you can be here too,” Trevino tells the students.