Through Ontario … and beyond!

When Howard began working at CAAT Pension Plan in 2012 as its first in-house lawyer, he remembers it being poised for growth, with 60 employees and 30 participating employers. Assets under management were just under $6 billion. Fast-forward eight years and now the Canadian nonprofit has more than $13 billion in assets, 76 participating employers, 250 employees and more than 63,500 members. 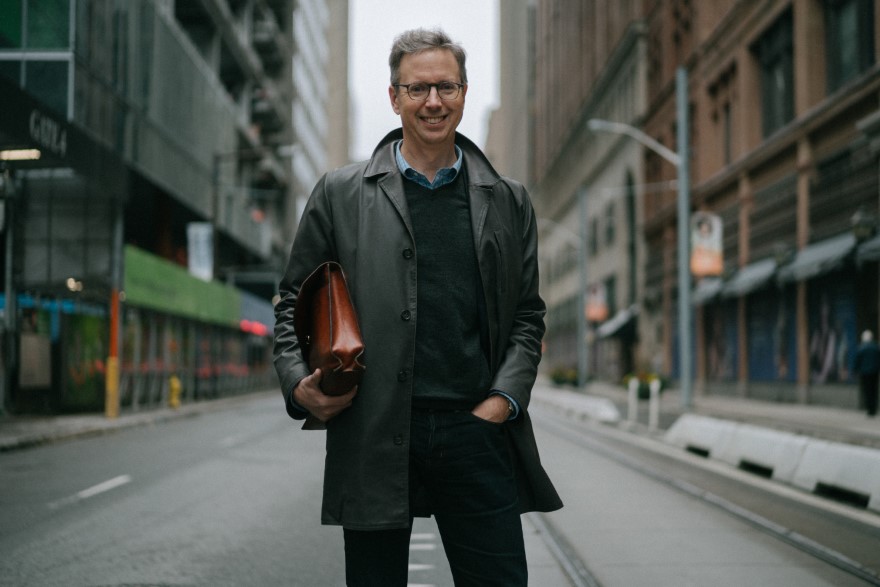 But it’s not just the scope of the operation that has grown. Along with it, CAAT has developed a sophisticated and specialized internal network of administrative specialists. As for Howard, his initial position as the only in-house attorney has evolved, and he now enjoys a more in-depth role directing a newly redesigned legal and regulatory affairs department.

“Being involved with such cutting-edge work—coupled with a team that can grow the organization—really excites me,” he says. “It’s an experience that you don’t find in private practice.”

In 1967, CAAT was developed as a nonprofit trust for Ontario’s state-funded community college system. More recently, it was opened to other nonprofits and businesses, including charities, media companies and industrial organizations.

“Things really started to snowball, in a good way,” says Howard. “[We were] looking to find a way to provide a valuable, defined benefit pension employees want and with the fixed cost employers want.” 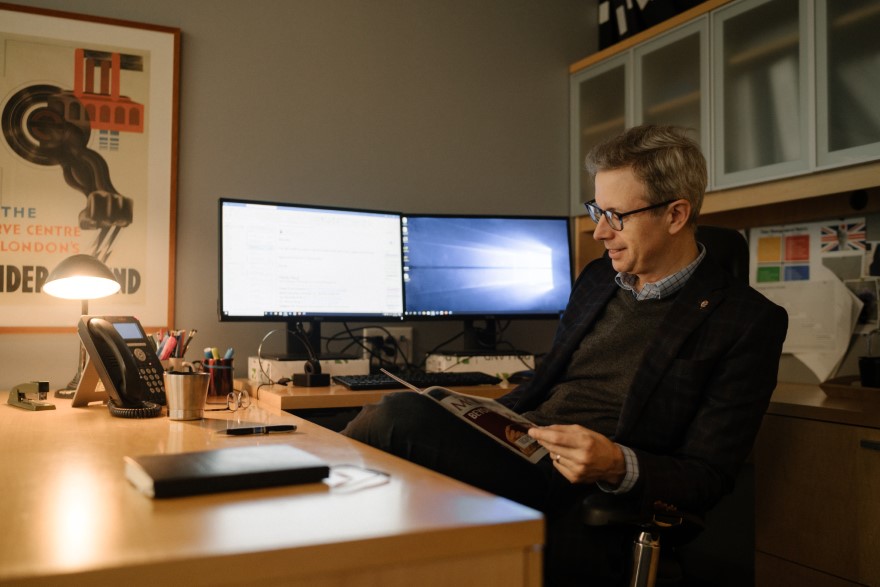 Operating in a highly regulated financial space, the complexity of the work was compounded because each provincial government has its own regulations, Howard says.

In addition to expanding his policy and public affairs teams, the legal team has been expanded, also, with pension law attorneys. To date, he’s added two, as well as a law clerk just out of law school, and he thinks it might eventually make sense to hiring investment-focused legal experts, as well.

“It’s really been a marked change, where we’ve needed people to become more specialized in what they do. It offers us greater depth,” he says.

Howard explains it’s also crucial to grow the team to ensure compliance with policies and regulations in new jurisdictions served by the organization. And then, of course, to assist the Plan’s communication and client services teams as they communicate these changes with plan members.

“As we’ve expanded, we’ve had to take into account that each province in Canada may have slightly different rules that regulate pensions, and we had to make adjustments to the plan’s design to reflect that,” he says.

An additional task has been establishing protocols to transfer existing pensions to the new program, which requires regulatory approval for each transfer.

Surprisingly, Howard recently managed all these areas, but with the Plan’s growth, his role is now focused on leading the legal and regulatory affairs group at CAAT. 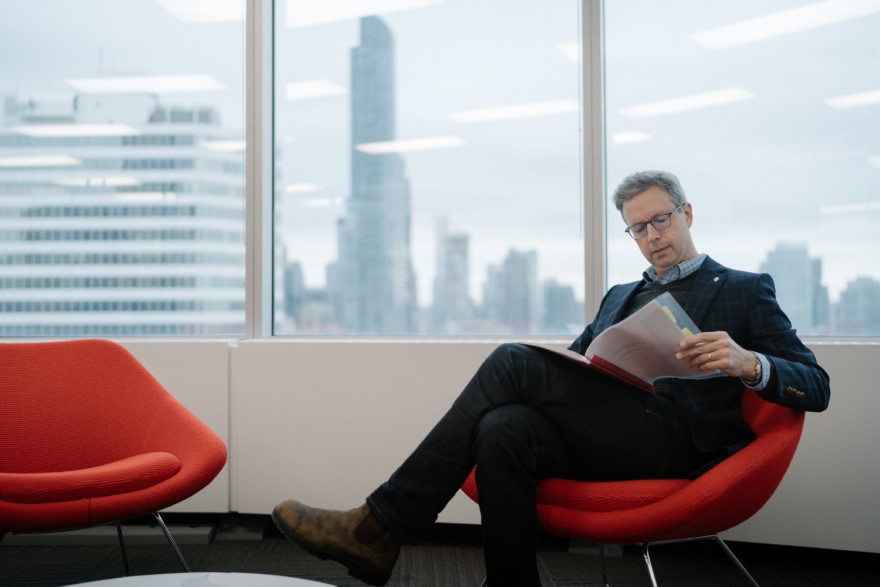 His education segued into a legal career that began in Toronto and included a stint in London as an associate at Freshfields Bruckhaus Deringer from 1998 to 2000. His focus there was pensions, benefits and M&A. After returning to Canada, he made partner at two firms in Toronto: Osler, Hoskin & Harcourt in 2004 before transitioning to Norton Rose Fulbright in 2010.

“I’ve always practiced law in the pension area, and a lot of work I did in private practice focused on those issues, as well as buy-sell transactions; work in the insolvency space; bankruptcy; and legislative changes to support pension issues on company restructuring,” Howard says. “Those experiences are the ones I draw on the most.”

Over time, Howard observed that much of the transactional work was being led from the U.S. and London, resulting in fewer opportunities to play a central role on any related pension issues. When the position opened at CAAT, he saw an opportunity to get in on the ground floor of an innovative and growing organization.

“CAAT needed to be solution-oriented,” Howard says. “In my practice I had been providing pension solutions, working with government on implementing such solutions and advising generally in the transactional space, handling pension issues on multi-million-dollar mergers and acquisitions. I had experience to draw on.” 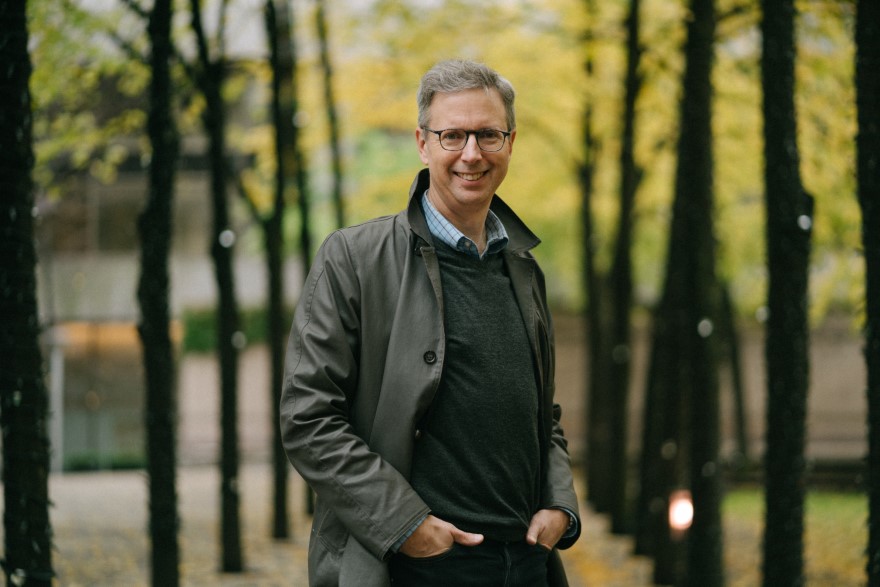 Since arriving, he says the work has been nonstop.

“Having the experience of running other areas within CAAT has been great, but I’m really enjoying digging deeper into legal and regulatory affairs work,” Howard says.

“To manage a team like this has been great,” Howard says. “Increasingly in private practice, one would be reviewing documents and then sending off PDFs and not having the same opportunities to engage with others to innovate and find solutions. Now I’m privileged to lead a team that works together to chart the best course forward. To work in that type of environment with the team members I’ve got energizes me.” 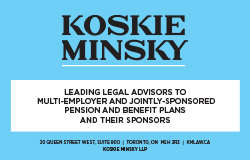 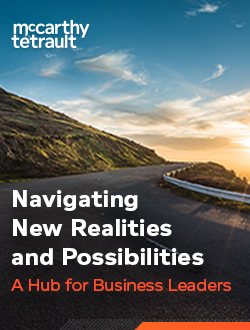 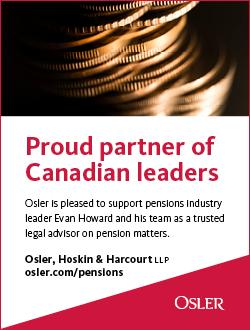