Is there anything more agonizing than waiting for a bus? You stand at the stop, peering up the street for a glimpse of those familiar bus colors or windshield, worrying about how late it may make you for your appointment or job.

In Mexico City, that wait is getting a little easier thanks to an app will allow passengers to pinpoint a bus’s location and see its estimated time of arrival. The app will rely on data provided through GPS, passenger counters and other tech, all provided by the Chilean company Sonda. 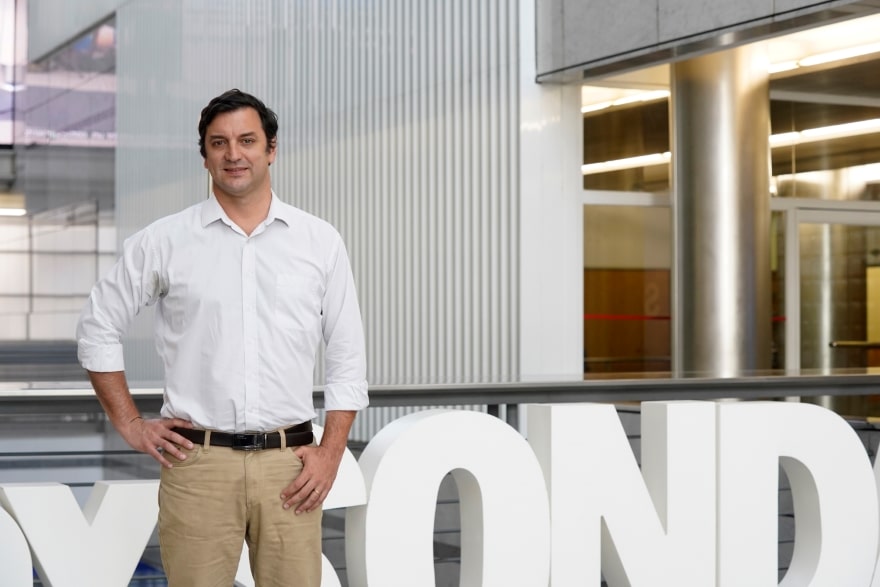 Alejandro Celedon, Sonda’s legal director, led the team that submitted the bid tender for $50 million contract and then negotiated the project agreements, including software provisions and vendor contracts. While the project certainly benefits Metrobús and its passengers with improved service, landing the contract is also a big step forward for Sonda in México, he says.

“The challenge is to modernize and the total transformation of the Metrobús integral management platform incorporates state-of-the-art technology,” Celedon says. “I have a unique knowledge and experience in the IT industry and IP law. I’ve drafted and negotiated more than 3,000 IT contracts with all kinds of companies and countries such as Chile and others in Latin America.”

Sonda was founded in 1974 in Santiago, Chile. It provides consulting, applications and platforms to customers in industries including financial services, retail and mining. It also helps create “smart cities” where technology links transportation and infrastructure, such as traffic signals and streetlights, through the internet. 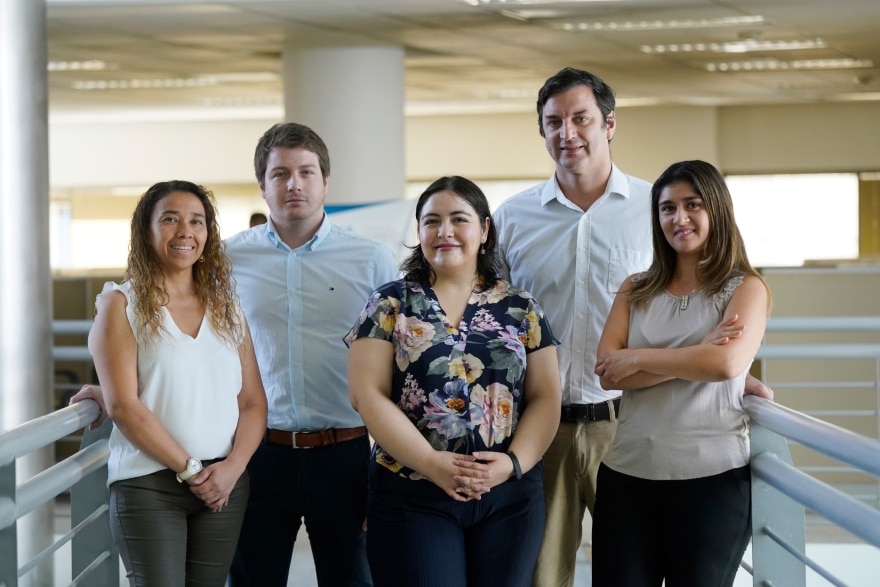 In his role, Celedon says he works with Vice President of Smart Cities and Mobility, Marcelo Castiglione, on the technical and commercial aspects of Sonda’s contracts.

To land the Metrobús IT contract, Celedon led a legal team that worked in Chile and Mexico to review the scope of the project and its risks. Metrobús operates more than 800 buses, for which Sonda needs to provide more than 10,000 devices—such as GPS, control cameras, an online passenger counter, a fleet positioning integration system and the hardware for an operation control and data center.

The Metrobús project is also notable for its speed—Sonda won the bid in October 2022 and will complete the project by March 2023.

Logging on in the logging industry

In another project, Celedon and his team recently guided Sonda’s efforts to earn the bid to modernize operations for the logging company Forestal Arauco S.A., which owns and manages more 17,000 acres (7,000 hectares) in Chile.

The “connected forest” Sonda is creating for Forestal Arauco includes 28 base stations using 4G LTE, or long term evolution, technology. To link the stations and operations, Sonda is also providing what Celedon calls “nomad cars”—vehicles that can be towed into the forests and deployed on a 20-meter (65-foot) retractable tower with 4G LTE antennas to provide coverage. 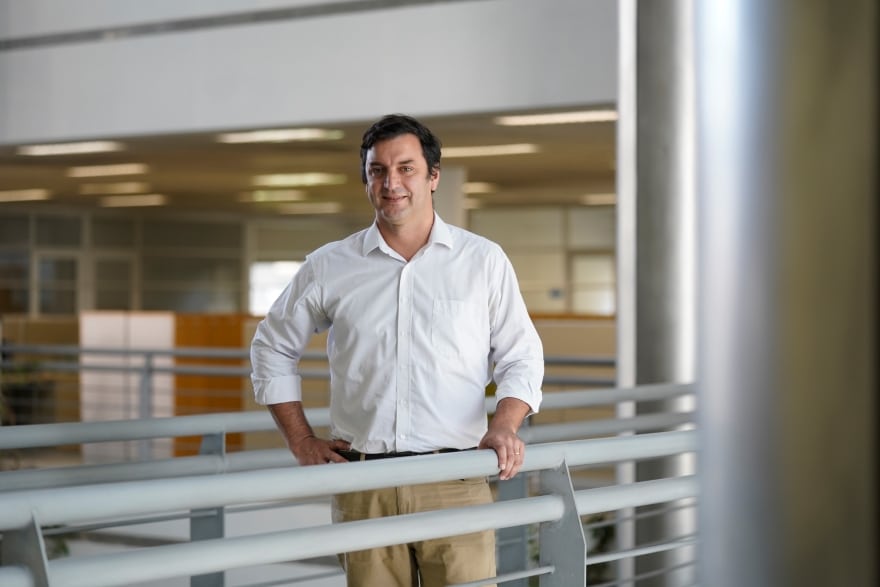 The technology will provide Forestal Arauco with real-time information about logging and pulp operations and centralized data management. Best of all, Celedon says, the new technology will also provide rural communities and schools with internet access.

A concurrent $130 million Sonda project in Brazil involves a 30-year contract with Infovía Digital to install almost 7,000 km (4,350 miles) of fiber optic cable, as well as Wi-Fi infrastructure in the Mato Grosso do Sul state. Like the Metrobús project, Sonda will also install the hardware and software for an operations and data center.

“These contracts require a large and complex deployment of resources, accessories agreements with subcontractors, and agreements with insurance companies, banks and financial institutions,” Celedon says.

Celedon practiced at the private law firm of Hubner Guzmán for a year, but since then, his work has been entirely in-house in Spain and Latin America. For instance, Celedon created and managed a legal team of three that handled mortgage operations for Banco Santander Banefe in Chile, then spent the next year creating and leading mortgage cancellation unit for the Spanish bank BBK. 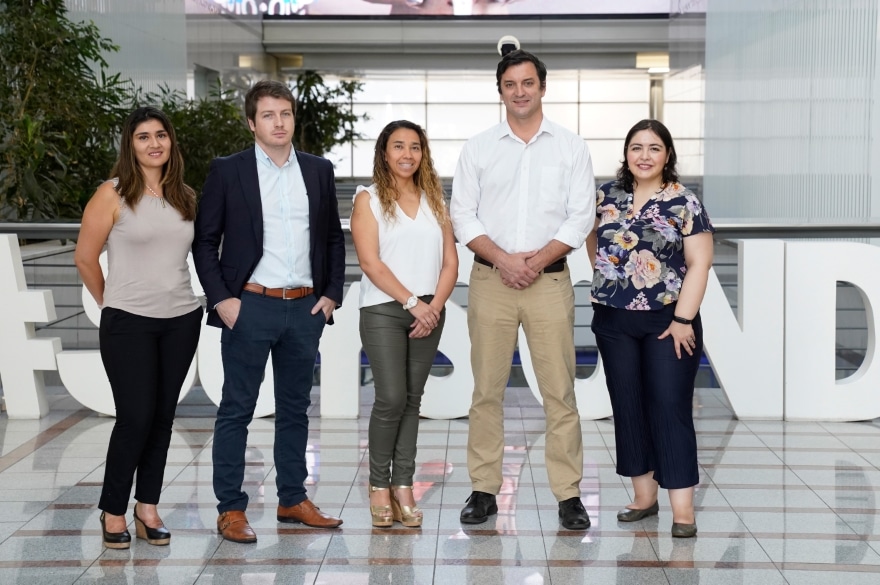 From August 2009 through July 2021, Celedon directed Sonda’s corporate legal team—working with the company’s 20 Latin American subsidiaries. He and his team advised on financing, securities, M&A, bonds and bid tenders for public and private projects.

In 2011, for instance, Celedon helped prepare Sonda’s takeover bid to acquire Quintec. When the deal was completed, he was appointed to its board of directors at the age of 31 and served from January 2012 to April 2014.

“I have an evangelizing role thanks to my experience in IT contracts,” Celedon says. “By knowing the industry you can determine the risks. Our legal team that has done a great job and will continue to do so.” 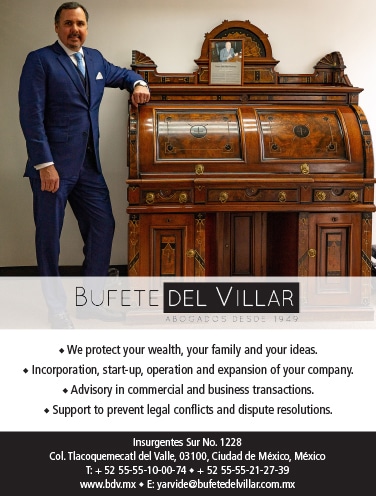 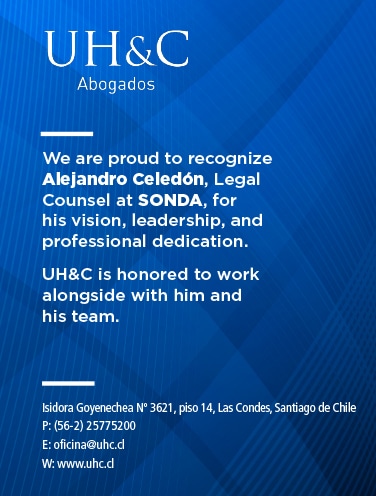