Legal head keeping up with the tech curve

A technologically proficient lawyer with a team to match, Alejandro Arias continues to support and advice colleagues by going outside the usual legal parameters at the regional subsidiary of the German technology giant Siemens A.G that recently launched its new sustainable framework DEGREE in which legal perspective plays a crucial role in supporting environmental, social and governance ambitious goals.

“We may be looked upon as conservative professionals but we, too, have to adapt to new times,” the good-natured Arias tells Vanguard in May from the corporate base in Santiago. “Both in digital skills as well as in technical knowledge of new dilemmas such as cybersecurity, artificial intelligence and intellectual property, among others.”

A member of the legal team for four years, Arias has proven he’s keeping up with the tech curve, particularly since his promotion to general counsel in June 2020. The company made its mark in telecommunications during the early 2000s and then shifted to digitalization and automation services for heavy industry customers that include some of Chile’s biggest mining companies. All that has called upon the legal department to do its part to optimize Siemens’ possibilities in the wired world. 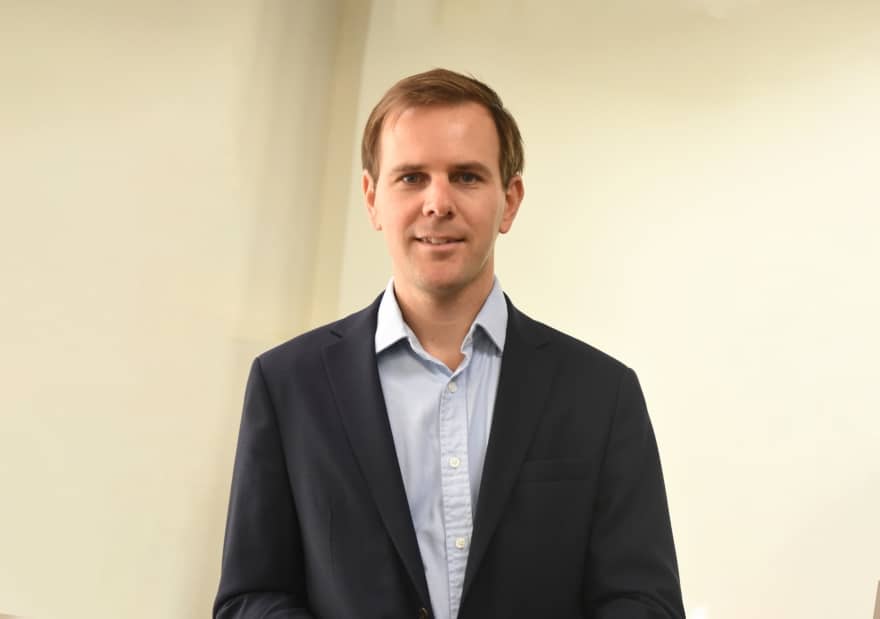 COVID-19 has certainly made that a necessity, says Arias, adding he’s been pleasantly surprised by how seamlessly company departments have operated since the back-office shutdown of over a year ago. While he misses the face-to-face interaction, he is of the opinion that the pandemic has changed the way lawyers approach challenges, probably forever. For example, looking for state-of-the-art systems to automate the legal services he and his team provide.

Arias anticipates completion by late this year. An already efficient legal department will be even more so, he assures, its performance to be enhanced with short time links, lower costs and improved cybersecurity.

He’ll do the math

A philosophical sort, he likes to say that while 2 plus 2 equals 4, the same holds true for 5 minus 1. Thus, there are different solutions to a problem, and the more technology advances, Arias says, the more ways there will be to use it to further collaborate with Siemens’ purpose.

With many of Siemens Chile customers being involved in natural resources and extractive processes, Arias brings to the table another vision, that being the master’s in natural resources law and policy that he earned at Scotland’s University of Dundee in 2014 to augment his Bachelor of Legal Science from Universidad Finis Terrae. 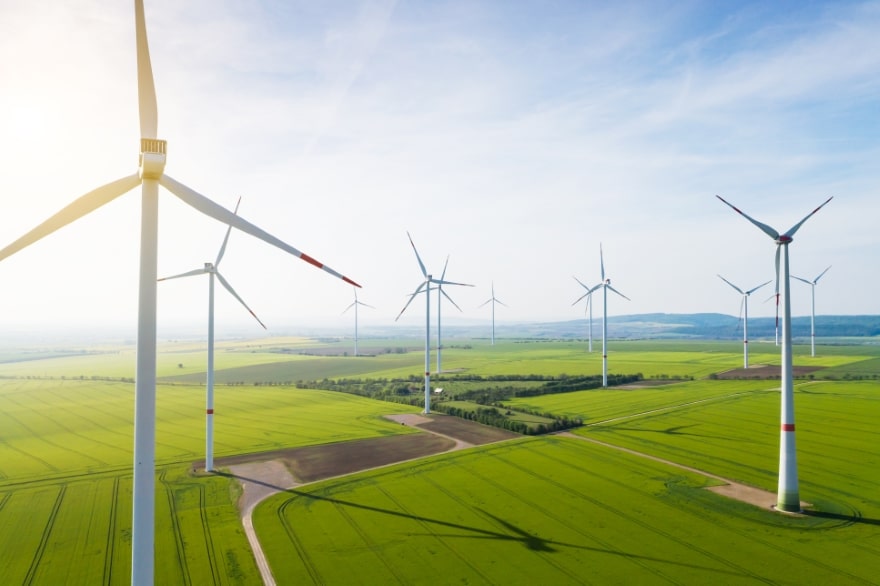 The post-graduate degree has helped him develop in the legal and regulatory environment, and in the international energy and natural resources industries, Arias says. It’s been a helpful way for him to understand the needs of Siemens’ corporate customers as they comply with environmental, health and safety regulations.

“One of the richest experiences that I have had has been to be able to work abroad while promoting the development of natural resources endeavors in Latin America,” Arias says. “The responsibilities that I assumed there at a young age have certainly been helpful for attaining the opportunities that I’ve had in Chile.”

Arias seemed well-versed in environmental areas before his Dundee studies, having cut his teeth by partnering in a thermal-solar energy startup in 2009. One of three principals, he assembled the legal framework and business plan, and took the lead in negotiations with clients and suppliers, project managers and financiers.

Two years later, Arias did an eight-month stint as legal advisor to the National Director of Ports Infrastructure, weighing in on the environmental impacts of the fishing, energy and mining industries. Among his accomplishments was the fine-tuning of a $7 million reconstruction of six fishing ports devastated by natural disaster and the privatization of several state-owned port infrastructures in need of modernization. 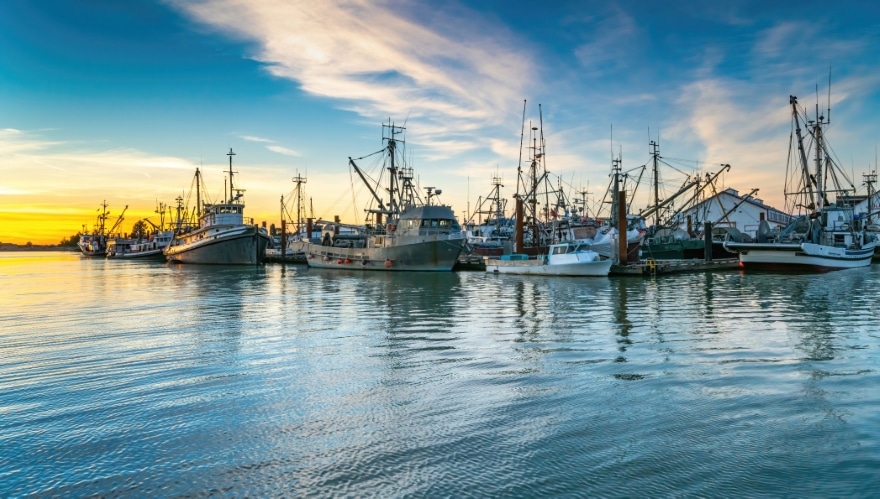 That prepared him for his next role in the public sector, Arias advising the Chilean Minister of Economy on natural resources and representing it as a board member with the Renewable Energies Centre, a federal institution that promoted sustainable power sources in fishing ports and other public entities.

Then it was on to the South American power group, Rurelec, where Arias shepherded the permitting process for two thermal energy projects in the Chilean northland, overseeing many contractual agreements and becoming the face of the company before community groups and government. He then was the legal officer for the Americas at Energyst CAT Rental Power from 2016 to 2017.

At home at Siemens

Afterward he joined the Siemens legal staff, serving almost three years prior to his promotion to general counsel, and wishing to make a career out of it. Just 37, he hopes to have many years left, and they should be challenging ones with the company courting industrial partners for digital transformation.

“These last four years have been a very happy time for me,” he says. “This is a company of open structure. It’s not a hierarchy. The CEO and CFO are very close leaders and the work-life balance is great.”

And that’s a perk Arias much appreciates. When he’s not working, he relishes in the wonders of the Chilean outdoors with his wife and two children. His favorite pastime just might be fishing in Patagonia, and his LinkedIn profile shows him displaying a trophy trout with a lake and hill backdrop. 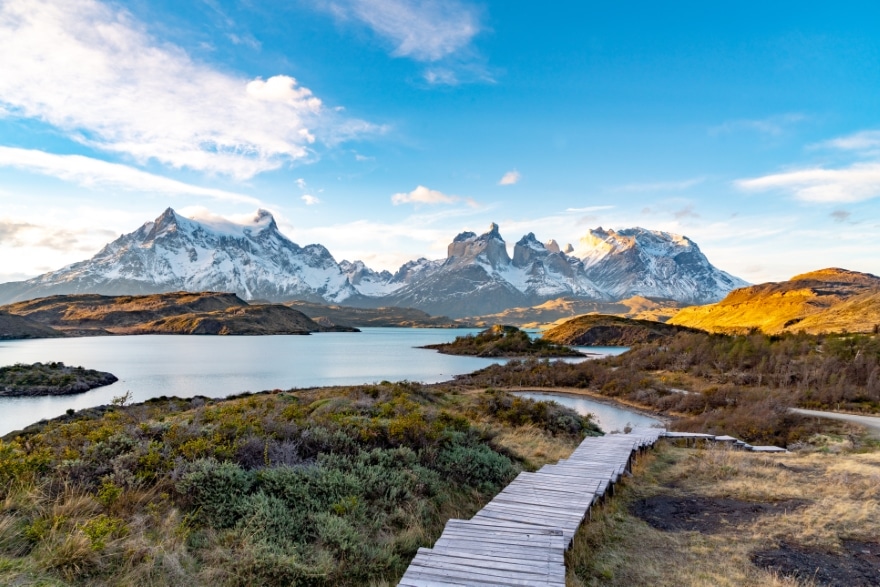 All the better, he says, that Siemens can contribute to sparkling waterways with its smart infrastructure. There’s a green mentality here that Arias shares, and a long-term commitment to reduce the carbon footprint.

Technology with purpose will be indispensable to the cause, he says, reiterating the need for his own department to plug in.

“We are a technology company that needs not only to sell technology but to be consistent internally with it,” Arias emphasizes. “Siemens is a very at-the-forefront company, and it represents a challenge to be at its level and expectation.” 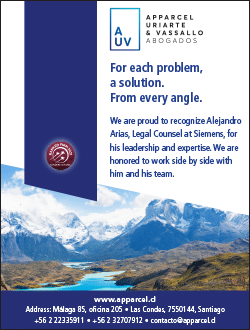