It’s been almost 20 years since Pacific Hydro acquired the Coya and Pangal hydroelectric plants in 2004, allowing it to begin operating in Chile.

The plants have a combined capacity of 76 megawatts of hydropower. Since acquiring them, Pacific Hydro has added to its portfolio of renewable power generation with projects such as Chacayes hydropower plant and the Punta Sierra wind farm, which generates enough electricity to power 170,000 homes in Chile. 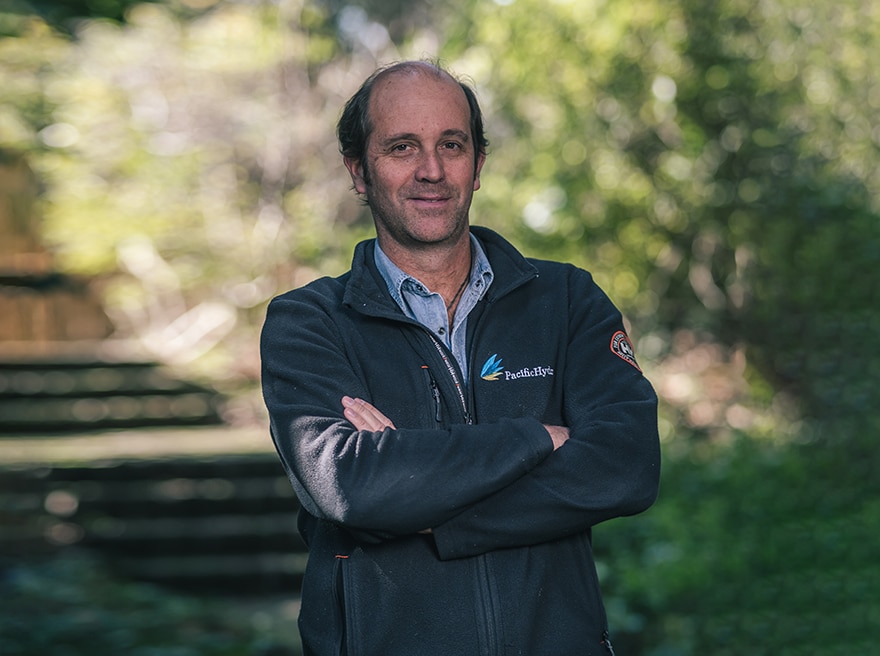 That’s just the beginning, though, says Bernardo Correa, the company’s legal manager. He’s ensuring the company can increase its output of renewable energy by 900 megawatts in the next five years through three projects.

“We are in an important moment of growth,” Correa says. “I want to continue to be linked to the world of energy and renewable resources. I enjoy contributing to the country and to the challenge of reducing carbon footprint.”

Pacific Hydro was founded in Melbourne, Australia, in 1992 to build and operate renewable energy projects. Initially, those were hydroelectric plants on irrigation dams. In 2010, the company built its first wind farm, and it now develops wind, solar and geothermal projects in countries including China, Australia, Brazil and Chile. Pacific Hydro was acquired by China’s State Power Investment Corp. in 2016.

Correa joined Pacific Hydro in Chile in February 2020 as the company was embarking on its plans to expand its renewable energy production. He’s supporting the company as it works with SPIC, local authorities and Chilean citizens on three projects of note. 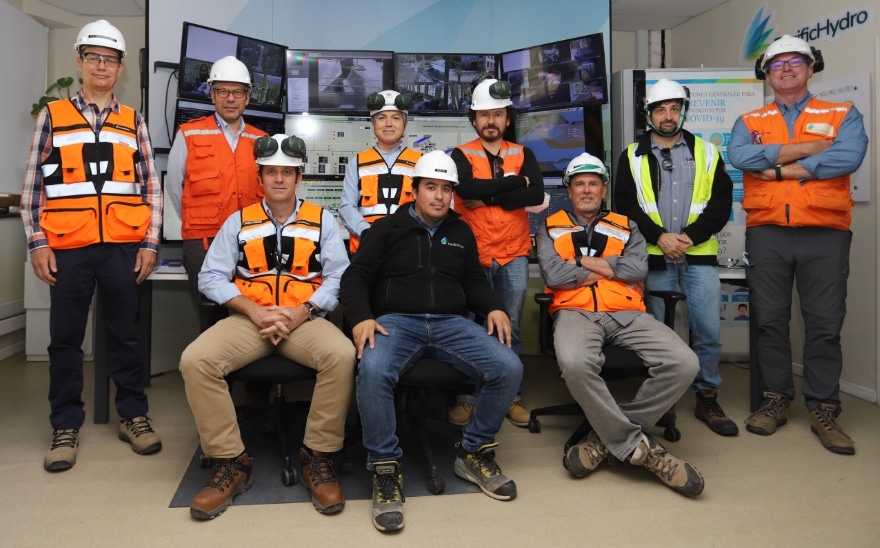 In early 2023, Correa expects Pacific Hydro to begin construction of a 500-megawatt solar farm near the city of Tierra Amarilla and the Atacama Region of northern Chile. The main contractor for the project is Shandong Electric Power Engineering Consulting Institute, a SPIC subsidiary.

Correa says negotiations on the project contract lasted about two months as he and SDEPCI attorneys and executives settled details including subcontracting work, limited liability, dispute resolution and force majeure provisions. The last covers all parties in events beyond their control, such as natural disasters.

He also worked with local authorities to get environmental and sectoral permits for the project, such as the electric concession and the  declaración de impacto ambiental, which is an environmental impact statement.

In a second project scheduled to begin construction in 2024, Pacific Hydro plans to build a 200-megawatt solar farm in the Amolanas area, near Ovalle city, about 400 kilometers north of Santiago. It’s expected to begin operating by the end 2026.

Correa calls the project a hybrid because it mixes wind and solar power. Energy generated by the wind farm will travel to Pacific Hydro’s Punta Sierra substation. The solar farm is in the planning stages, and Correa says he’s currently negotiating with a private landowner for an easement that would allow power lines to connect the planned solar farm to an existing substation. 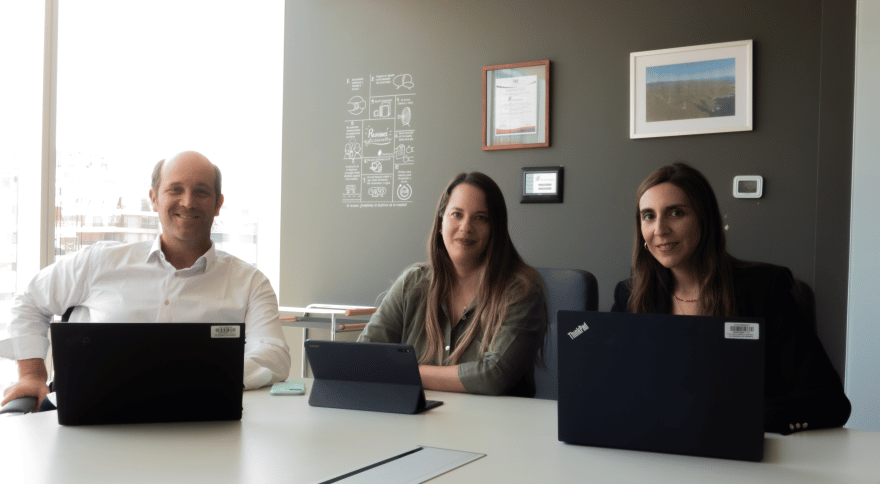 While seeking the easement, Correa is also working with Chile’s Superintendency of Electricity and Fuels, or SEC, to get Pacific Hydro the electric concession to build lines on the planned route without an easement from the property owner.

“It’s a very technical and complex process,” Correa says of approaching the SEC for the concession that would replace the easement.

Pacific Hydro is planning the don Patricio project, which is closer to Chile’s capital of Santiago. It will generate 150 megawatts of power and construction is scheduled to begin in 2026. Correa says he and his legal team aren’t participating in site selection process—that’s the role of the company’s new business and development teams.

As the site was selected, Correa and his team performed the due diligence including determining the land was suitable constructing and operating the project as well as checking for existing liens or other limitations. Then they began securing permits while working with property owners for easements and rights of way, which could be challenging because the solar farm will be built in an area with a higher population than the other projects.

Energized by his work 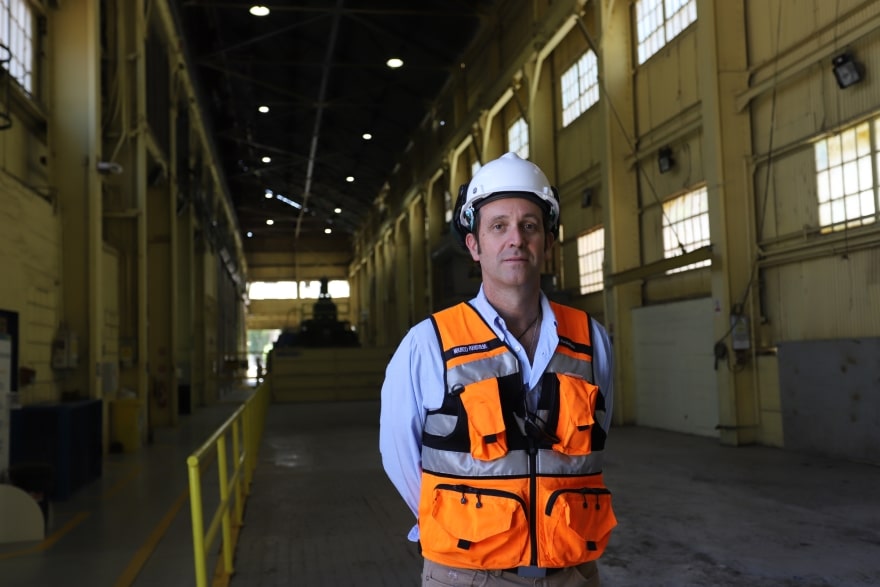 “It was a great school for me,” Correa says of helping guide projects in Chile. When he joined Engie Energia Chile in 2015 as a legal project manager, he says he was able to consolidate his experience in renewable projects to help the French-based energy producer bring green energy to Chile.

Correa was recruited to join Pacific Hydro in 2020. While providing counsel and advice on its projects, he’s also promoted the company’s diversity, inclusion and equity efforts—his legal team has two attorneys who are women.

“We do not have quotas,” he says. “The people I have on the team are the most suitable for the roles.”

“I have always been interested in environmental issues,” Correa says. “Pacific generates energy in a clean and sustainable way—100 percent renewable—and we do it with full respect for communities.” 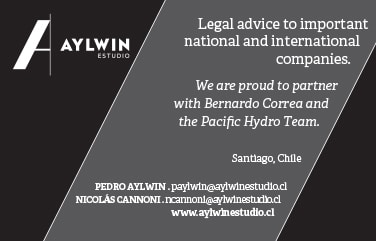