To Cargill and back again, with renewed purpose 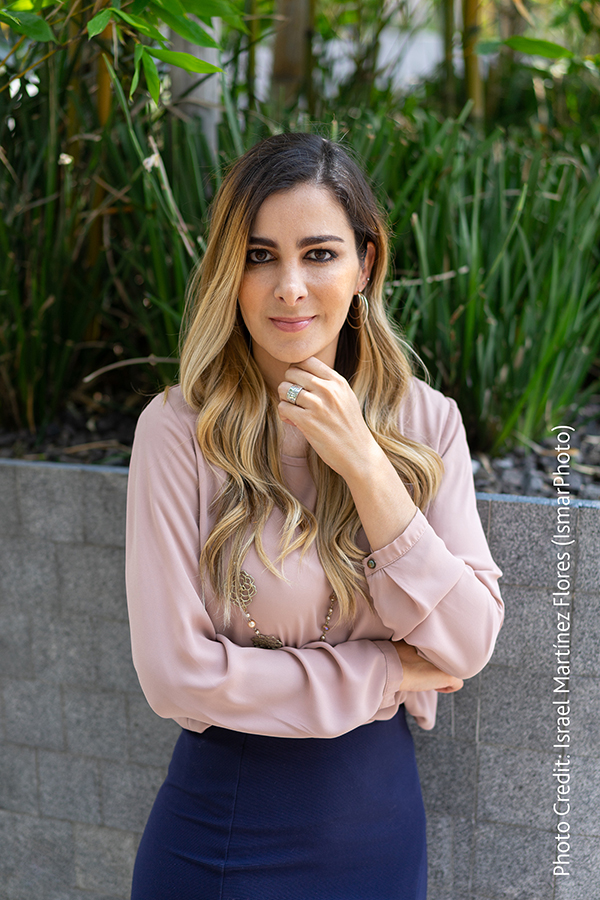 Perhaps the last thing Ana Torreblanca expected during the COVID-19 pandemic was to find a renewed sense of spirituality, but that’s exactly what this Mexico City native discovered in those emerging quiet spaces that crept into her life amidst the chaos inflicted on society and business.

Forced to work remotely during the pandemic as a member of the legal department at Cargill—a privately held global food corporation—Torreblanca found time to switch gears from grappling with the pandemic’s legal and societal impact to practicing yoga, meditating and reading books.

Those activities recharged her, enabling her to face the latest corporate challenges, she says. But more than that, the period of reflection allowed Torreblanca to realize that she was being exactly who she was meant to be.

In her most recent position in Mexico City, she’s taking the legal lead on Cargill’s Mexican labor issues in addition to handling data privacy issues and being the lead lawyer for the company’s grain division in Mexico. Having left Cargill in 2016 to pursue an opportunity at Hasbro, her return to the company marked a purposeful moment in her journey.

“Failure would have been lacking the courage to risk moving from a comfortable position in search of added responsibilities,” Torreblanca says. “I was ready.”

She joined the legal department at Cargill, a company with a rich 155-year agricultural history, back in 2011.

Based in Minnetonka, Minnesota, and active in 70 countries, Cargill’s history in her native Mexico began in 1965, when the company began to commercialize grain and became one of the main suppliers to the country’s biggest food producers. Now, with eight business units, Cargill employs more than 1,500 people in 12 Mexican states and operates 25 facilities. 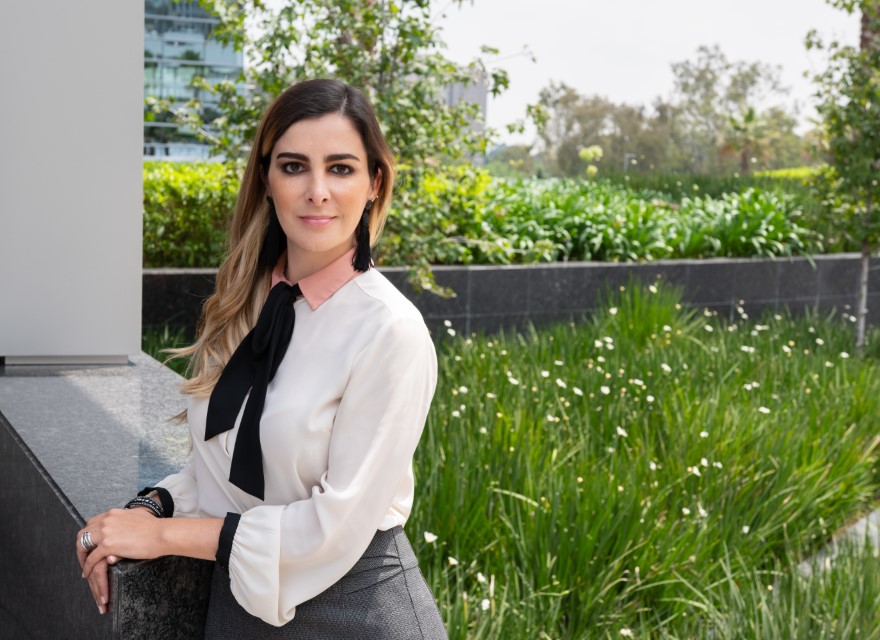 Torreblanca was busy at Cargill with issues related to trade, compliance and corporate transactions when Hasbro—an American multinational toys and board games conglomerate—offered her an opportunity to work as its legal head in Mexico in 2016.

“It was an important step for me to become part of the Hasbro Mexican leadership team,” she says, adding she also had the responsibility of supporting Hasbro in other countries in the Latin American region. “It was hard to say ‘no.’”

Staying at Hasbro for three years allowed her to learn about business team dynamics from inside a management team, satisfying her curiosity about a broader legal world beyond Cargill.

“My experience at Hasbro polished my soft and hard skills as a lawyer and taught me about thinking as an executive,” Torreblanca says. 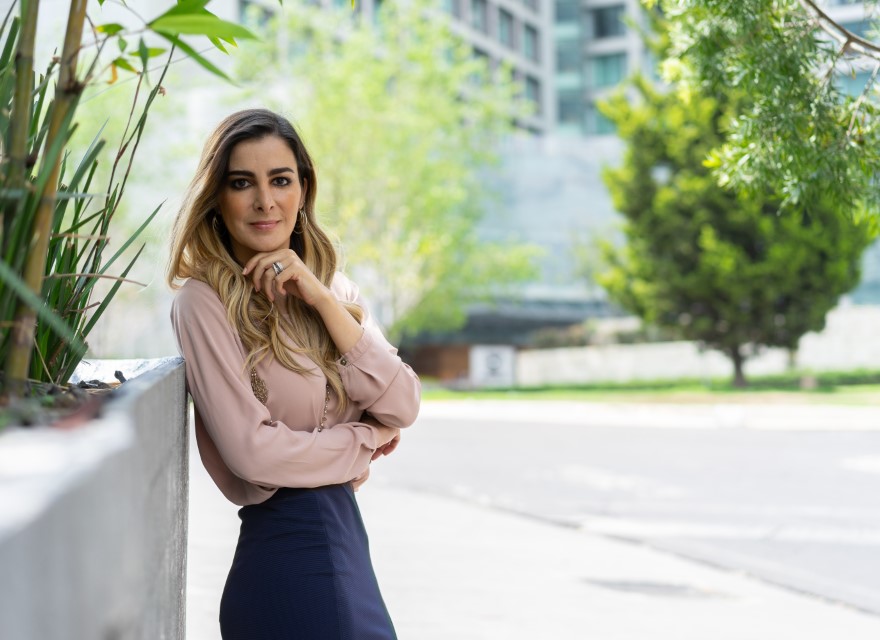 In 2019 Cargill again approached her with an offer to return and provide legal advice to its important grain division. Subsequently, she was named Cargill’s labor law specialist for Mexico—a challenge considering the constant changes in legislation and the new United States-Mexico-Canada Agreement.

Her success in this new role, she says, is reflective of both her experience and the impact of mentors like Pedro Parra, Cargill de Mexico’s practice group leader.

“Lessons learned in restructuring at Hasbro allowed me to contribute new knowledge and to bring new information in from the outside—in a good, ethical and positive way—to Cargill,” she says, crediting additional mentors including Jed Hepworth, a retired Cargill general counsel, along with Parra, for their support.

Her attraction to challenging projects and attention to detail comes as no surprise to her mother, Emma Cristina, who pegged her daughter as a potential lawyer as a child. It was not so apparent to Torreblanca, who thought she’d study medicine, but ultimately her passion for law won out.

“I came to see that it’s a complete profession, with different specialty areas. It’s also very human and allows you to help others,” she says. “It was important for me to have a profession where I can be constantly learning.”

Torreblanca earned her law degree from the Universidad Panamericana in 2009, adding two additional degrees from her alma mater—a specialty in commercial law institutions in 2010 and a master’s in entrepreneurial law with honors in 2015. She rounded out her education with courses on hedge valuation and strategies as well as a diploma in anti-bribery. Legal internships at Mexico City law firms prepared her for handling civil and commercial litigation, as well as corporate law. 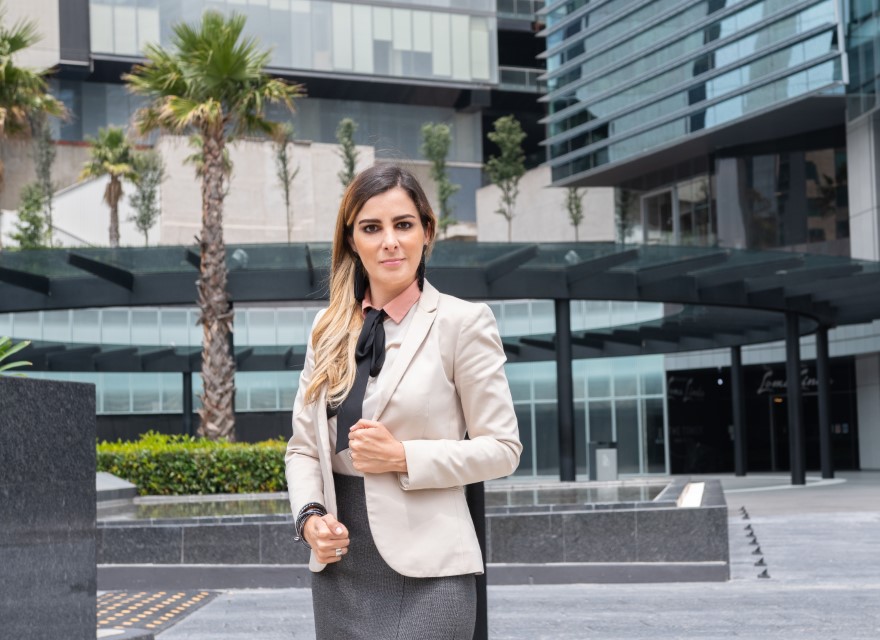 “The process management discipline and rigor of litigation gave me tools I use to this day,” she says. “I enjoyed it.”

But Torreblanca admits that after seeing business clients from the outside, she was curious about legal practice inside a corporation, wanting to know what’s behind business strategy and legal decision-making, as well as how the teams and transactions worked.

“I thought maybe working at a company would satisfy that curiosity,” she says.

It did at Cargill, where she is a member of a team of five professionals, four of whom are women. One of the things that excites her about growing at Cargill is the company’s commitment to diversity and inclusion.

“Beyond responding to fast-moving markets and conditions, Cargill’s driven to create a more diverse and inclusive work environment that reflects the diversity of Mexico and the world that Cargill helps feed,” Torreblanca says. “I love that there’s no shortage of new things to learn and that we are encouraged to grow.”

While she can’t disclose her latest projects, we know she’s immersed in agricultural supply chain matters, data privacy issues and labor concerns affected by COVID-19. Her focus now is to use her skills, experience and enthusiasm to lead—a challenge she is passionate about as the next chapter of her growth.

“I’m committed to leave my positive mark on the organization,” Torreblanca says. “I love being able to help my colleagues be their best and influencing others by leading with a good example.” 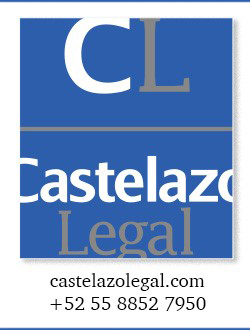 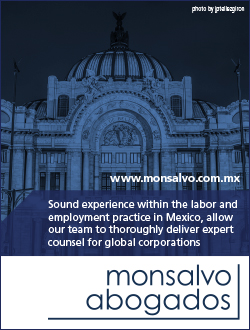 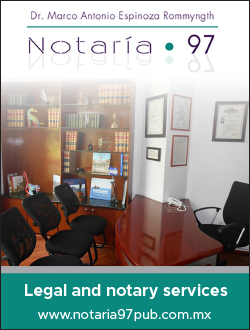