With astonishing complexity in terms of jurisdictions, customer numbers and interaction volume—and thousands of contracts over the course of each year—just how does multinational e-commerce powerhouse eBay Classifieds Group (“eCG”) get it all done legally?

If you ask David Lancelot, eBay Classifieds’ global head of legal, he’ll tell you it starts with best practice operations. 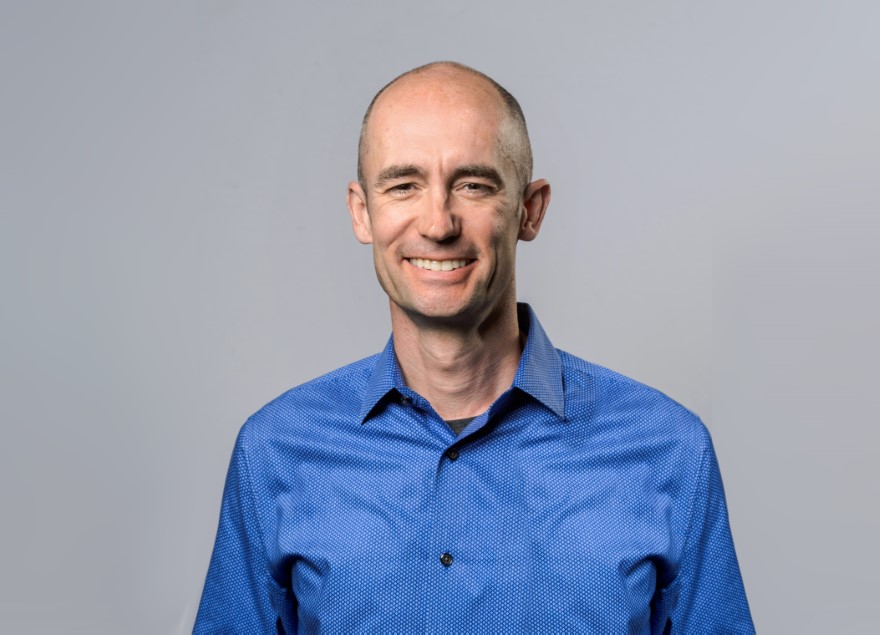 According to Lancelot, only by optimizing eCG’s legal function operations could the global team have the bandwidth to build strong business relationships, dive deep into business contexts and create the necessary headspace to innovate—in both business initiatives and legal operations.

“A key goal of mine has been to drive scalability and all the other benefits that result from it,” Lancelot says. “The journey continues to be focused on improving the quality of life for our team while transforming our function into a revenue driver instead of cost center. I truly believe that taking the unnecessary, repetitive work off our lawyers’ plates—and giving them more time to deeply engage with their clients—results in a more fulfilling life for us all.”

Conventions of the unconventional

Lancelot joined eBay in 2011, and over the last nine years he has grown the eCG legal team from two to a global team of 16—as eCG’s annual revenues skyrocketed from $200 million to more than a billion dollars.

“As the business grew, we built the eCG legal function from the ground up, focusing on scalable processes, cost controls and measurable and impactful best practices,” he says. 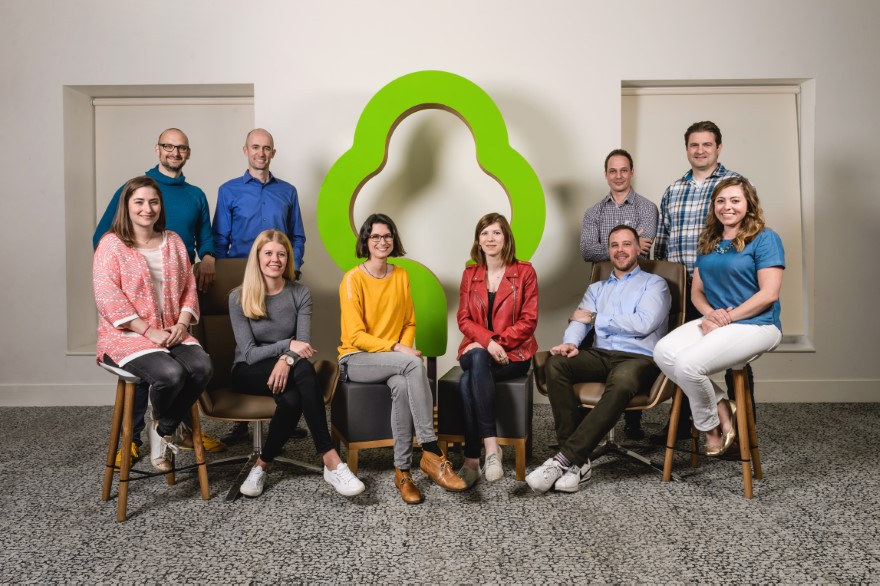 Lancelot did this by managing the function as a business unit, applying industry benchmarking and leading the team to be innovative in their approach to operations. He led the insourcing and centralization of eCG’s commercial contract review and negotiation process at eBay’s Salt Lake City hub, an operation that now processes more than 200 commercial contracts a month.

“It’s been a tremendous learning experience and I am proud that I and the eCG legal team have been able to successfully scale-up as the business grew,” he says.

Lancelot’s international career blossomed even before he was born, living in the wake of his adventurous parents who left Great Britain for Jamaica in 1968. His father—his mentor—eventually worked his way up to become CEO of a large U.S.-based global construction consulting business.

It was the start of an unconventional—but deeply rewarding—childhood. Lancelot was born in Australia and grew up in Greece, Chicago and Orlando, Florida. Throughout his youth he lived in a world of international ideas and perspectives, inspired by his parents. 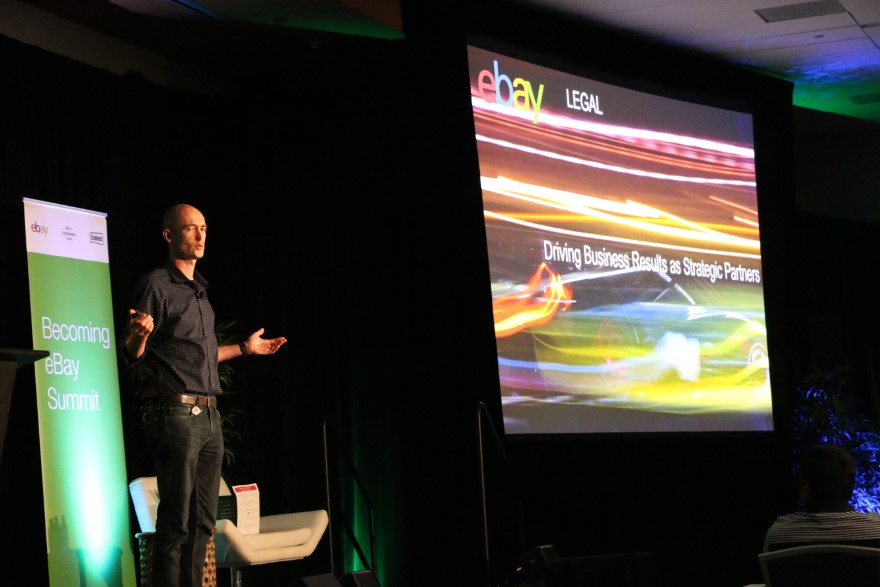 Lancelot received two bachelor’s degrees from the University of Florida in 1995 in political science and psychology, followed by a J.D. from U.F.’s Frederic G. Levin College of Law. He also used the school’s exchange program in international law to study at Leiden University, Netherlands for a year—a serendipitous decision in that he would work for Amsterdam-based eBay Classifieds years later.

He landed his first general counsel position in 2000 at Magex.com in London—a dot-com era digital rights management and online content business funded by Goldman Sachs, almost by default. Hired as a junior assistant, Lancelot took over the GC spot when the law firm partner hired for the position backed out, considering it too risky—which it proved to be. There he was, thrust into the white-hot dot-com boom that eventually went bust.

Undeterred, he attended the University of London to earn an LLM in international technology and communications law in 2001. That experience segued well into a post as a legal assistant (and later English solicitor) at Baker McKenzie focusing on technology, media and telecommunications.

His next big break came with a consulting role at QVC UK in 2004. There, he built the legal department for the growing live television and internet retailer and rapidly worked his way up to general counsel.

Where he wants to be

After a traveling sabbatical with his wife in 2008, Lancelot took a consulting position with Amazon in the U.K. Three years later, with a desire to experience Silicon Valley, he enrolled at Santa Clara University School of Law to study IT/IP law.

When another consulting counsel role arose at eBay, he took it and by 2012 became the director and head of legal for the Classifieds Group and made steady progress to his current role. 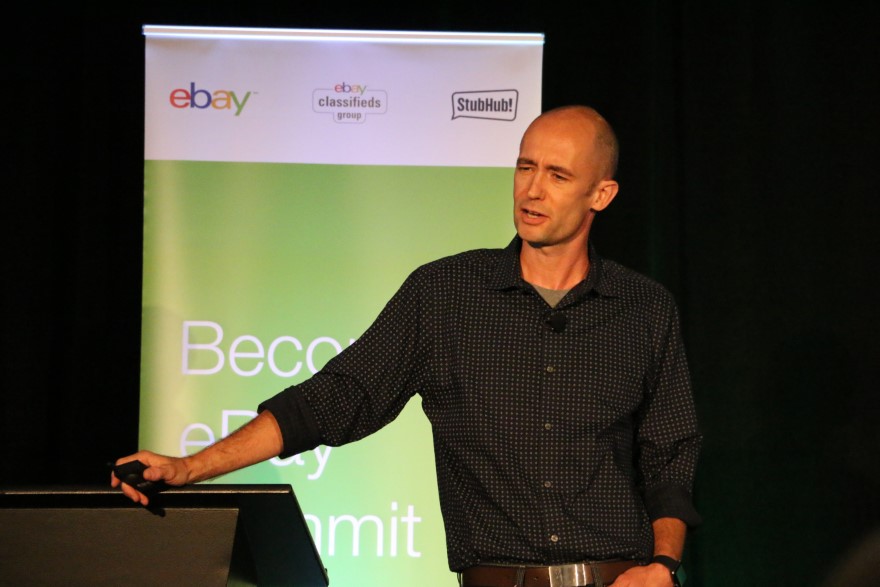 Lancelot says his experience living and working around the world made for an unconventional career path—but one that dovetailed nicely with eBay Classifieds’ needs.

“Given its multinational perspective, diverse team and deeply integrated local trading business model, I feel like it’s a great fit for me,” he says.

“I’ve been given the internal drive and the opportunity to challenge myself, to seek out new experiences and test new ideas,” Lancelot says. “I think I have proven that I can successfully build and manage a world-class international legal function. I’m truly grateful for having the opportunity to do so and I’m excited to see how I can use this experience for whatever comes next.” 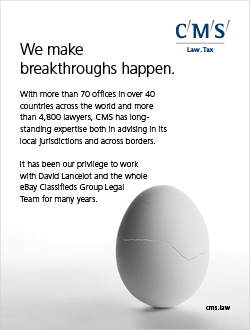