The emails come in at all hours: another country, another sighting. Now it’s up to Wicks to decide how to proceed. Assuming the intel is good, and the potential benefits outweigh the costs, he’ll give the green light.

The warehouse raid is on.

It sounds like the stuff of a Hollywood potboiler. Only, the contraband in question isn’t piles of narcotics, but bags of counterfeit clothing, all copies—constituting varying degrees of quality—of the high-end performance apparel made by 5.11 Tactical. 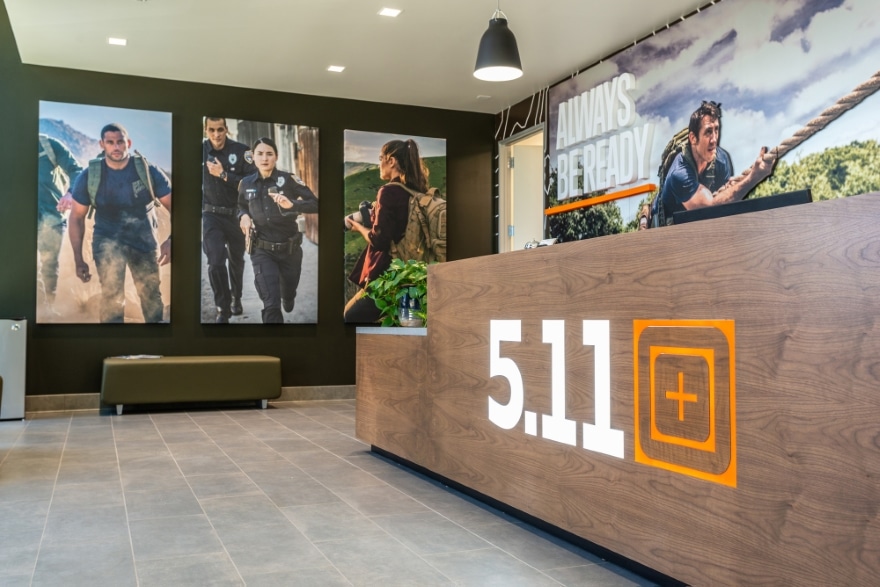 “Most of our counterfeit enforcement efforts are focused abroad, in places like Asia, where counterfeit products are more common,” explains Wicks, 5.11’s vice president and general counsel. “We’ve invested heavily to register our trademarks in our foreign markets and places where we manufacture, but we rely on a global network to keep an eye on specific activity.”

According to Wicks, brand enforcement—which entails working with and collecting intel from customers, vendors, customs officials, local police and 5.11’s sales team to monitor suspicious activity and confront potential counterfeiters—represents just one of two buckets within the broader purview of intellectual property (IP) that most successful brands focus on.

The other bucket involves securing the IP protections themselves: filing patent, trademark and copyright applications with the U.S. Patent and Trademark Office, as well as with the intellectual property offices in foreign jurisdictions, in order to secure a global network of protections.

“IP creation, protection and enforcement looms very large for a company like ours,” Wicks says. “Because we’re always pursuing new products and designs, that requires increased coordination with boots on the ground and an increasing focus by our internal legal team.”

Those boots include 5.11’s global sales teams—working out of offices in Europe, Central and South America, Asia, Australia and the Middle East—which Wicks claims are the company’s first-line of defense when it comes to identifying potential knockoff artists. 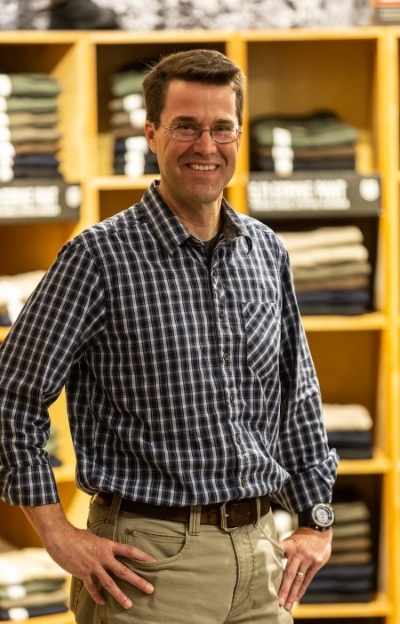 Still, most of Wicks’ bandwidth is spent ensuring 5.11 continues to grow—both domestically and globally. In the 10 years since Wicks joined the company, 5.11’s revenue has nearly quadrupled—ditto the number of employees—owing to an increasingly dynamic and highly engineered product line that features gear and apparel designed for first responders and military users, but is also suitable for everything from casual wear to workouts and outdoor adventures.

That, in turn, has created myriad complex issues for the company’s small legal team. The rapid expansion of 5.11’s company-owned retail outlets in the U.S. has been among the most dramatic: from zero in 2009 to nearly 50 today, with more on the way.

In addition to collaborating with 5.11’s real estate team, which handles things like location scouting and broker relations, Wicks also works with this team and outside counsel to negotiate and review all lease agreements, and to ensure the terms are in keeping with the company’s broader business strategy.

Once a store opens, a new universe of legal issues comes to the fore, requiring the involvement of a cross-functional team at 5.11: hiring new staff, making sure insurance and permits are in place, securing the appropriate local business licenses—the list goes on.

“Anytime we open a new store, there are a whole host of new elements that come into play,” Wicks says. “Managing the kind of growth we’re experiencing from a legal perspective, has to be done intelligently and collaboratively.”

While most of 5.11’s business is done through traditional sales to its expansive network of third-party retailers in over 90 countries, an increasing amount is being conducted through direct-to-consumer channels: specifically, e-commerce and brick-and-mortar retail.

And yet, more than 15 years after being launched as the original tactical apparel brand, 5.11’s suite of durable and purpose-built clothing, gear and accessories has found a ready-made audience in the law enforcement, public-safety and military markets.

For Wicks, growth and a diverse go-to-market strategy also means keeping up with an array of domestic and international compliance issues: contracting with domestic agencies and foreign governments, keeping up with data privacy regulations, overseeing 5.11’s global anti-corruption programs and many others.

“Selling pants is a bit different than selling state-of-the-art weapons systems,” Wicks jokes. “But there are certainly regulations that need to be followed.”

The son of a tax and estate planning attorney who logged more than 40 years at Dorsey & Whitney in Minnesota, Wicks earned his Bachelor of Arts in political science from Carleton College in 1992.

Rather than head to law school right away, he spent two years as a law clerk at the Washington, D.C. office of Covington & Burling—an experience he credits for providing valuable career focus. 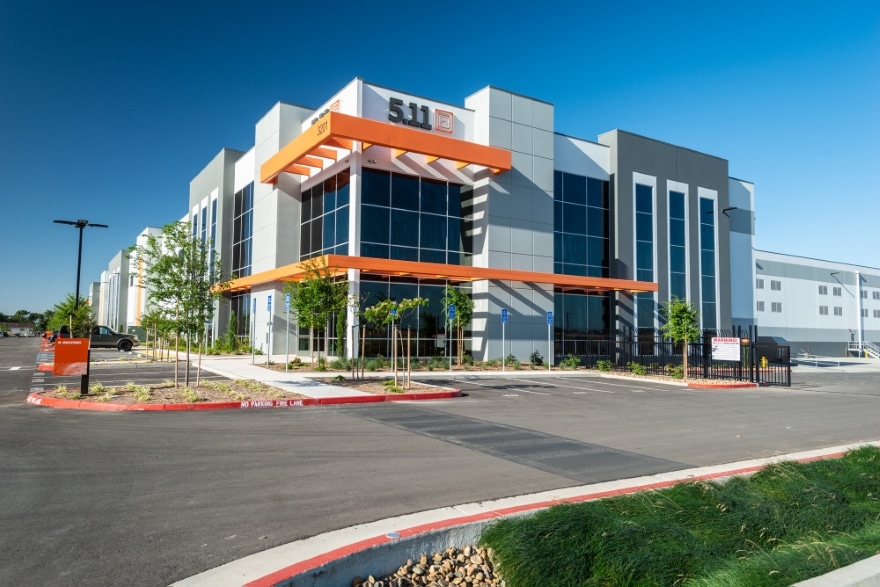 “I worked with so many incredible lawyers there, but two years doing document reviews convinced me that I wasn’t well suited to litigation,” Wicks recalls. “The corporate side always felt like a much better fit.”

After earning his J.D. and M.B.A. from the University of Iowa in 1998 as a “third-generation Hawkeye,” he was hired as an associate by Cooley LLP, one of the nation’s largest corporate-focused firms, where he worked primarily on corporate securities in its Palo Alto office.

Following a five-year stint as a shareholder at the California firm of Curtis & Arata, Wicks was asked by the founder of 5.11—one of his clients—to join the company in 2009. And while the in-house life has indeed proven the perfect fit, the responsibilities are far from predictable.

“It’s a different job from one day to the next for our small in-house team; we’re the company’s primary care physician for all things legal,” Wicks says. “If we can deal with it, we will; if not, we can call in a specialist. It’s exhausting, but never, ever boring.” 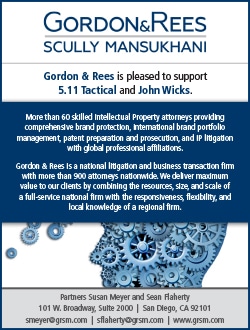 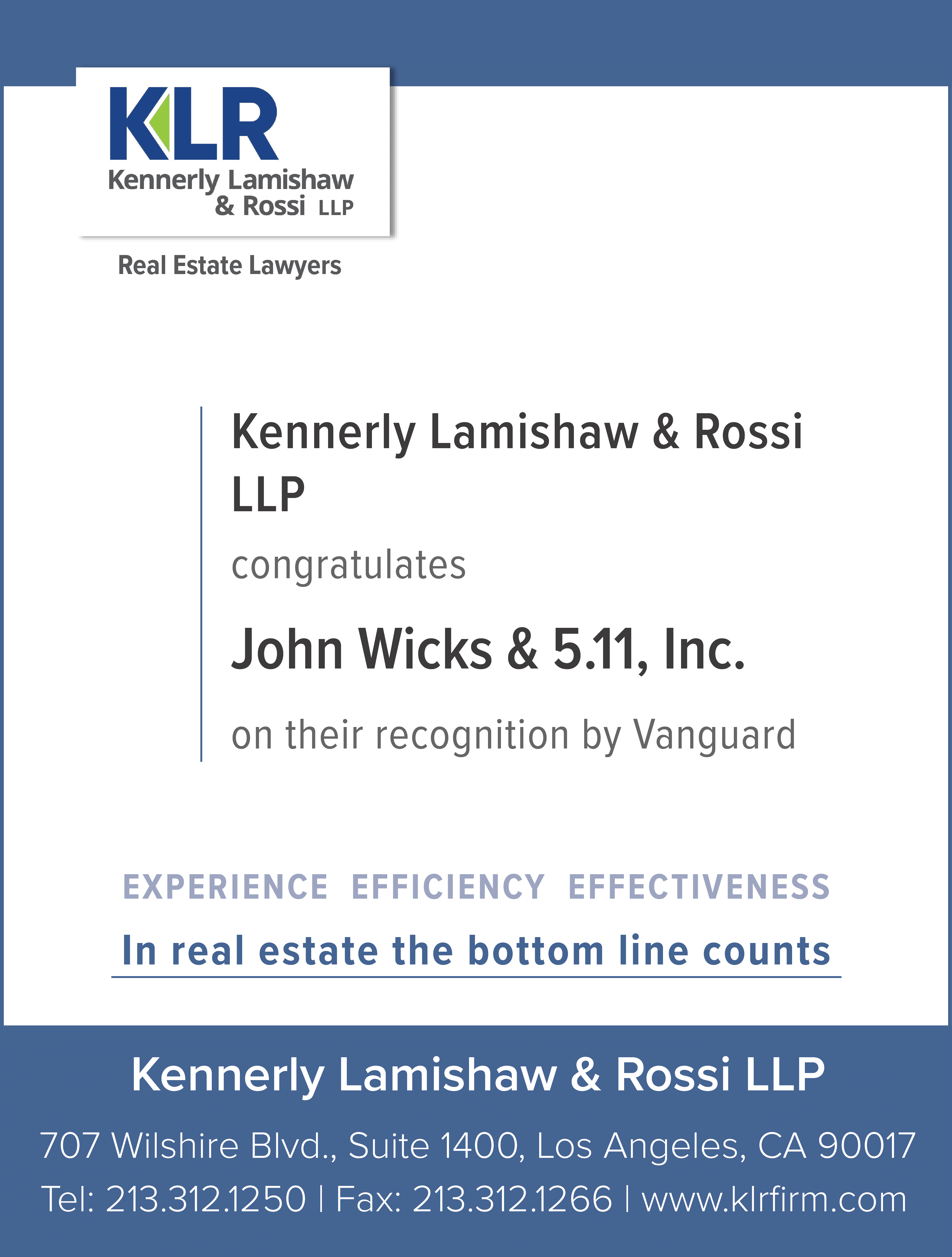