In it for the long run to IPO

Her previous roles were rewarding enough, Nina Fletcher having spent nearly a decade overseeing legal matters for macro hedge funds and managing other complex transactions in and around New York City.

But something seemed lacking, mainly a direct role in a more dynamic and disruptive enterprise. A role in which she could be at the starting line and go the distance with colleagues. Herself a long-distance runner, Fletcher was pumped when reached by a headhunter for a job with market research firm YipitData, also in the Big Apple.

Though not a startup per se—it’s been around since 2013—YipitData retains the entrepreneurial enthusiasm of its young co-founders, Vinicius Vacanti and James Moran. Still a few months shy of her first anniversary as general counsel, Fletcher is making her mark as a business-savvy legal boss at the forefront of the company’s continued growth in the alternative data industry. 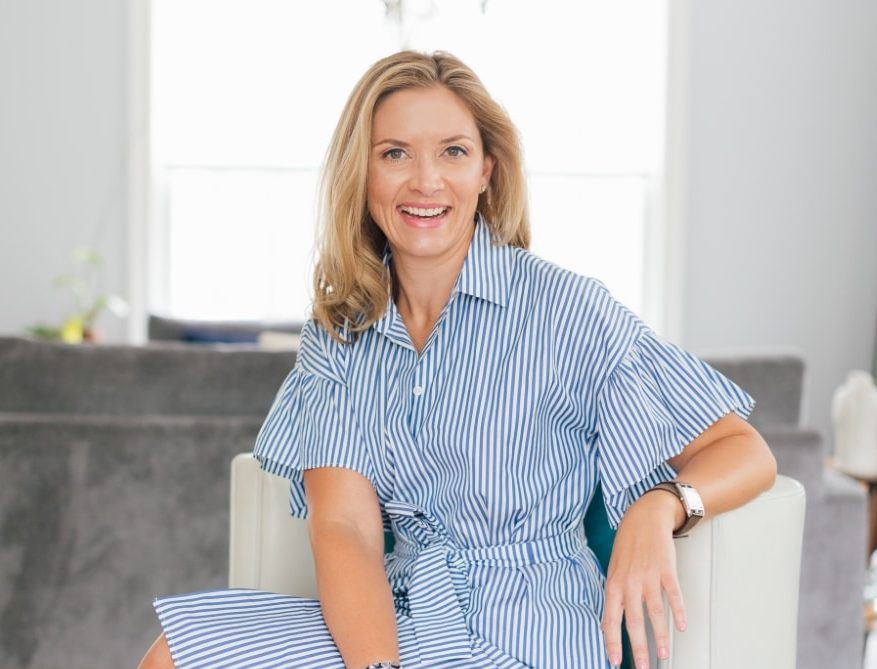 Last September she led the acquisition of Edison Software, a California firm whose advanced e-commerce research enhances YipitData’s means to provide its 400-plus global investor and corporate clientele with data on consumer history and trends. In December, Fletcher helped YipitData secure $475 million in late-stage, Series E funding—the latest major move toward the “trifecta” that would be an initial public offering in the next couple years.

“I expect there’ll be more mergers and acquisitions as we continue to grow strategically,” Fletcher tells Vanguard in late December while vacationing in Florida. “It’s really fun to be in the legal seat and use my M&A background to evaluate these strategic opportunities and move them forward. Having done so much in such a short time confirms for me I made the right choice.”

There’ll be much more for Fletcher and her department of three lawyers to do, especially as YipitData primes itself to go public with the help of Norwest Venture Partners and Carlyle Group Inc. For the legal department, that means ensuring the firm’s data privacy adheres to U.S. and international rules and regulations and anticipates what next might be on the books.

“It’s very clear that the SEC [Securities and Exchange Commission] is focused on alternative data providers,” she says. “Everyone here is on notice that they’re examining our industry closely. But it’s a good thing for our industry and we’re looking at the regulations very carefully as we craft more partnerships with other data providers.”

As far as anticipating legislation, Fletcher reminds that was business as usual when she was an associate at a couple law firms. For nearly a decade her responsibilities included advising on numerous M&A transactions and securities offerings and keeping banks in regulatory good graces. Then, as senior counsel and chief governance officer at Bridgewater Associates, she kept the Connecticut-based investment management firm in compliance and led firm-wide board governance initiatives and major transactions. 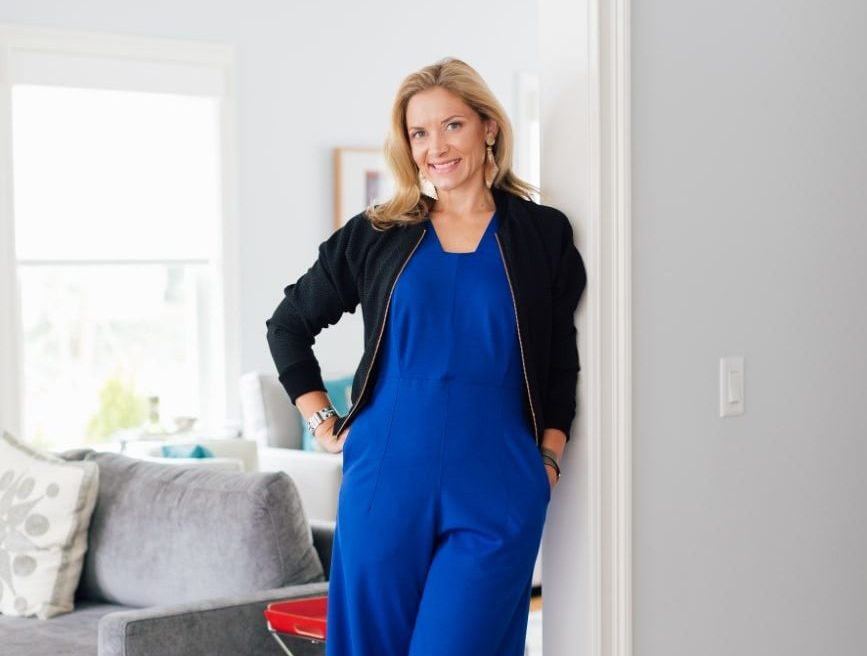 “That’s the circle of life—the push and pull,” Fletcher says. “There’s always that flywheel of interaction between lawmakers and businesses — and some event that causes the regulators to focus on you.”

She still may have a leg up, Fletcher having immersed in the sale and distribution of securities in previous roles. Though specific rules and case law that apply to alternative data providers are nascent and still developing, she finds enough parallels to existing laws. And while compliance would be streamlined if the U.S. adapted a national privacy law like the European Union’s General Data Protection Regulation, she says YipitData can minimize risk by applying the strictest state laws in their compliance program.

“It’s still the sausage-making stage,” the good-natured Fletcher says about the legal and regulatory processes applicable to alt data providers.

But as it evolves there’s at least one certainty: The demand for alternative data will only grow.

“Alt data used to be nice to have but now it’s table stakes,” Fletcher says. “Ten years ago, Vin and Jim saw something that others didn’t, and they’ve created these products that hold so many data sources.”

Auto dealers, for example, can access a comprehensive view of what models have been selling at what price in their market. Should a competitor offer new products or services, YipitData can provide that information as well as compare the customer retention rates.

There’s also the means for ride-sharing platforms to monitor their market shares and for investors to evaluate them. COVID-19 having had such consequences for the hospitality industry, YipitData offers the means for restaurants to gauge their recoveries against that of competitors. The online gaming industry can track their players’ favorite games, how much they spend and what else might appeal to them.

And that’s just a smattering of YipitData’s growing clientele that also includes e-commerce and retail, video streaming and the payments industry. As clientele grows, there could be an even finer line between what data the company can garner and share, and compliance will remain among Fletcher’s most critical responsibilities. 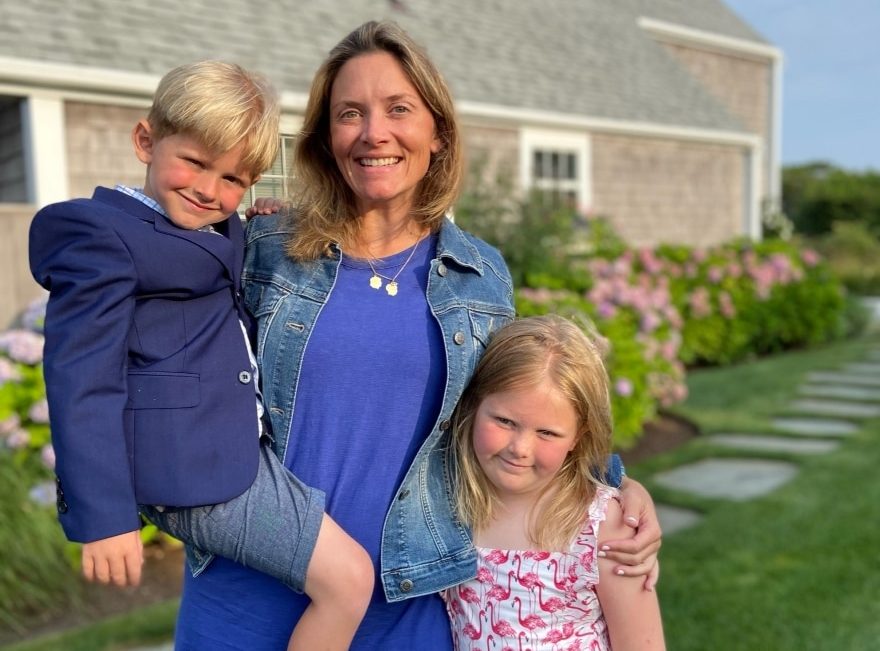 But it’s all part of the fun of being in-house, the role Fletcher had long reckoned was tailored for her. Much more so than trial law, which was how her father earned his livelihood—and discouraged his daughter from doing the same.

“He said, ‘over my dead body will you become a lawyer,’” Fletcher recalls with a laugh. “He was very sensitive about me picking a career based on his.”

Dad’s opposition notwithstanding, Fletcher followed her Yale University undergrad years with Columbia Law School, graduating in 2007 and spending a year at the London School of Economics and Political Science. She honed her skills during two stints with Sullivan & Cromwell sandwiched around a couple years with Covington & Burling and going in-house as assistant general counsel at Bridgewater Associates in July 2014. Seven years later, having ascended to senior counsel, Fletcher was ready for a new challenge.

“This is just what I needed,” says the single mother of two youngsters. “A force of positivity. The last seven months have been nothing short of exhilarating.” 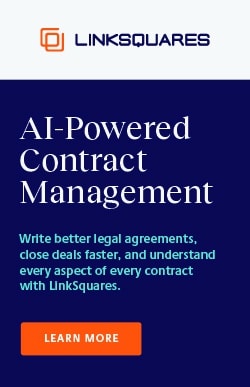 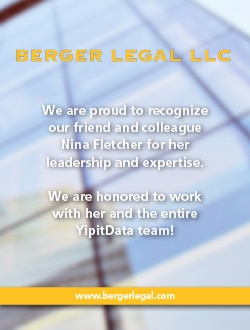 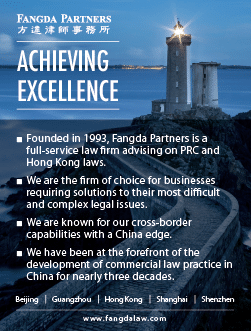 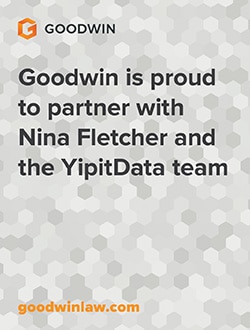