If you don’t know what a switch-control kinase inhibitor platform is, you’re probably not alone. Kinases are enzymes that help regulate and orchestrate cellular functions. If they mutate, kinases contribute to the development and progression of diseases including cancer.

So cancer drugs known as kinase inhibitors prevent the mutated, or dysregulated, kinase from being active. That inhibits the process leading to uncontrolled growth of cancerous cells. 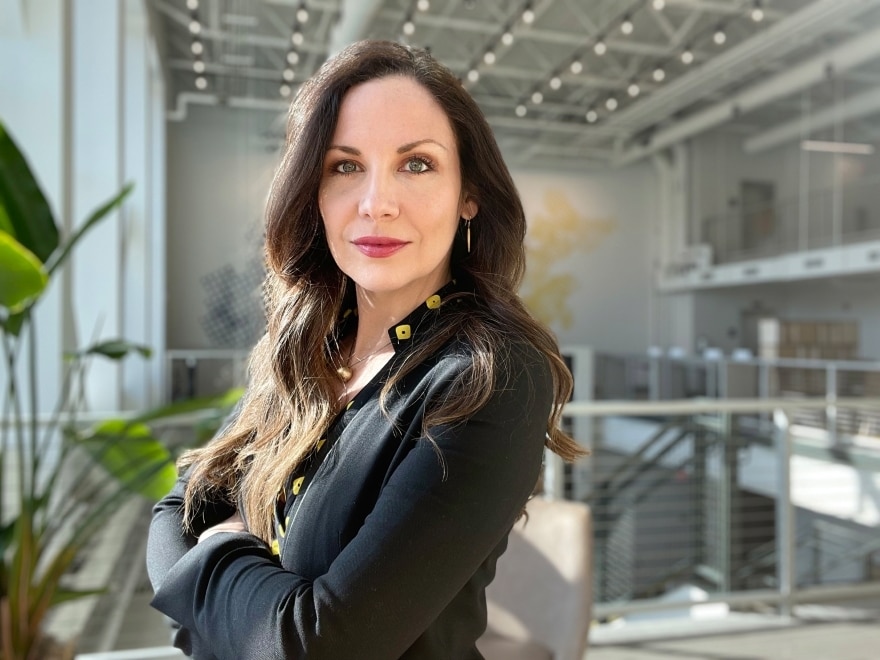 At Deciphera, based in Waltham, Massachusetts, a proprietary kinase inhibitor platform is at the heart of Qinlock, its signature medication used to treat patients in the late stages of gastrointestinal stromal tumors, or GIST, says Maria Ostrovsky.

“Being an in-house counsel at a biotech company involves a lot of change,” Ostrovsky says. “Things can happen very differently than what you might expect. Your job is to be nimble and the calm center in the storm while providing advice.”

Founded in 2003 by Dr. Daniel Flynn, Deciphera is nearing its 20th anniversary, distinctive for its switch-control kinase inhibitor platform and the in-house research to develop it. The proprietary platform is the foundation for developing a pipeline of orally administered drug candidates, Ostrovsky says.

As she chatted with Vanguard in January, Deciphera had just announced its 2022 intentions in a webcast to the 40th annual J.P. Morgan Healthcare Conference.

It plans to bring Qinlock to market in Germany—the drug is already approved for use in the European Union, the United Kingdom, Australia, Canada and China, but Germany has stricter rules. It’s also enrolling patients for an advanced clinical study of vimseltinib in the U.S., which it expects will treat a certain type of tumor found in tissues lining joints, tendon sheaths and the bursa through another proprietary switch-control kinase inhibitor.

The company is also planning to present data from a Phase 1 study of DCC-3116 in the second half of 2022. The drug is designed to treat patients with certain advanced or metastatic tumors that currently exhibit resistance to existing therapies, including non-small cell lung cancer.

In all this, Ostrovsky supports the commercial department, HR, and corporate administration. She’s also responsible for ensuring the company complies with regulations governing marketing and distribution from the FDA, the Centers for Medicare & Medicaid Services, and the U.S. Department of Health and Human Services Office of Inspector General.

Though she developed a compliance guide, she notes that business tactics and external regulations constantly evolve, so the guide needs to be continually updated. For example, an updated code on interactions with physicians went into effect in January. 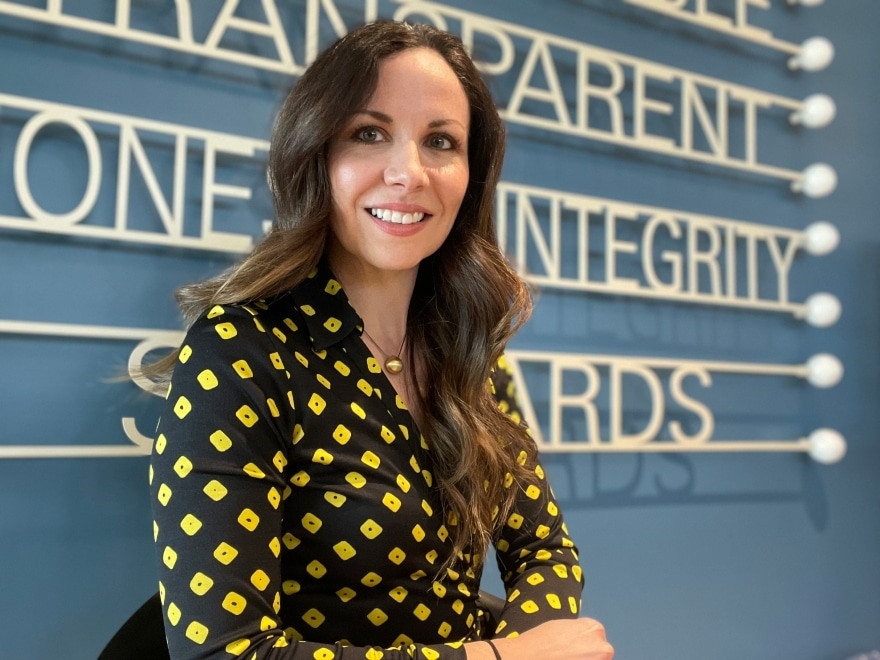 In addition, rules on how companies operate their patient support services, market products, and comply with other regulations frequently change. At the core of the laws are efforts to prevent fraud and abuse, such as false claims about medications and kickbacks companies might pay to encourage the use of medications.

“But it’s also critical that we compliantly help patients with accessing and affording their medications,” Ostrovsky adds.

Born in St. Petersburg, Russia, Ostrovsky moved to New York City when she was 9 years old. She was drawn to the performing arts, but when she attended Middlebury College in Vermont, she majored in political science as well as theater. It was partly to reassure her parents she would pursue something more stable than a career in the arts, but Ostrovsky had her own practical reasons, too.

“I’m a good writer and a clear thinker,” she says. “I’m good at distilling arguments and I like to think things out logically. I like people. So I went to law school.”

She earned her bachelor’s degree in 2002 and her J.D. from the University of Pennsylvania in 2005. Ostrovsky began her legal career as an associate attorney in New York with the firm of Cleary Gottlieb Steen & Hamilton LLP in September 2005. In February 2008, she moved to Boston to become an associate attorney with Cooley LLP.

Ostrovsky says being a litigator was “the purest form of being a lawyer,” but adds she was better suited to “making decisions and moving things forward” as opposed to engaging in protracted litigation.

As a litigator, she’d helped defend clients in the pharmaceutical industry. When she joined Takeda Oncology as associate director of corporate compliance in September 2011, she says it turned out to be a better career move than she had ever anticipated.

She’s also taken to life in the Boston area where she’s raising daughters and caring for her dog. Ostrovsky enjoys cooking as well as hiking and skiing—even reading things beyond the oncological studies she needs to understand to advise the company.

“I’ve learned so much about science and the cellular pathways leading to cancer,” Ostrovsky says. “I like working with people who care about patients and science and it’s never boring. Every day brings different questions and challenges.” 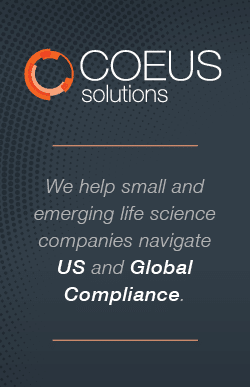 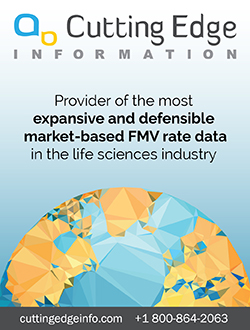