A native son gives back

For Pierre Gooding’s family, Harlem had always been home. But after he was born in 1984, his mother had to face some unfortunate facts: The neighborhood in the Manhattan section of New York City, rife with unemployment and homelessness, simply wasn’t a place to raise a child, or provide him with the schooling he deserved.

So she uprooted the family, landing more than 200 miles north in Haverhill, Massachusetts. The decision bred success: Gooding excelled in his studies and fostered a desire to help others by pursuing degrees in law and education.

Today, he’s taken that passion back to his birth city. Proud to once again call himself a “Harlemite,” he is a Reform Party candidate on the November 7 ballot in New York City’s 9th city council district.

“The political arena can be an efficient way to help people, if it’s utilized correctly,” Gooding says. “This city needs someone who cares.”

Although he had long had an interest in politics—his mother likes to recall how he stayed up all night during presidential contests to watch the Electoral College process pan out—he didn’t consider that one day he’d be reinvesting himself in Harlem. 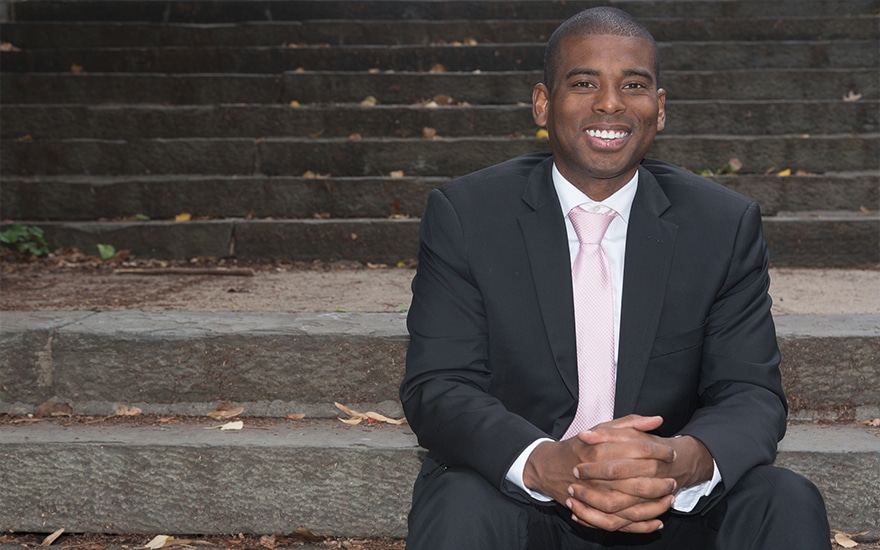 Growing up in Haverhill, he was able to capitalize on his talents in debate, teaching and athletics: He participated in the Johns Hopkins’ Center for Talented Youth, as well as the Princeton University Summer Institute for the Gifted; he scored a 1,020 on his SATs in just the 8th grade; and he ran track and cross country and served as captain of his high school tennis team.

But law was the goal. As he puts it, “I always liked to interact with people, and I thought law was a great way to do that.”

But returning to the Washington Heights neighborhood of New York City to teach English as a Second Language (ESL), he was dismayed to see that not much had changed since his youth. Affordable housing was paltry, unemployment was in the double digits and a good education was hard to attain.

All the while, others around him saw a reformer in the making. He was eventually approached by the nonprofit Teach for America, whose corps of teachers provides education in low-income schools. It was then that Gooding thought: What better chance to give back than to children in Harlem, where he was born?

He saw the potential to provide his expertise in other ways, as well; he served as legal counsel for Teach For America’s inaugural alumni association, and also helped to create the organization’s current legal structure.

“It seemed like a powerful opportunity,” he says, although he adds that his parents were at first apprehensive about the teaching aspect, because it meant he would had to defer law school. “For me it was a no-brainer.”

But returning to the Washington Heights neighborhood of New York City to teach English as a Second Language (ESL), he was dismayed to see that not much had changed since his youth. Affordable housing was paltry, unemployment was in the double digits and a good education was hard to attain.

The latter particularly struck him: His mother had sacrificed to provide him with opportunities he likely wouldn’t have had if they’d stayed in Harlem. For example, just on a basic literacy level, there are currently just four working libraries and two librarians in the Harlem school district.

Many issues to tackle

Education is just one vital element to be addressed, he says.

He also notes a 13 percent unemployment rate, record incidences of homelessness and a widespread housing crisis. Throughout Harlem and New York City, outsiders are buying up prime investment properties and causing rental prices to “skyrocket,” he says. In the end, that creates a vicious cycle that perpetuates other social problems such as access to education and decent-paying jobs.

He suggests aggressive policy reforms that ensure locals are not priced out of Harlem housing, and that incentivize new companies taking root in the neighborhood to hire locally and invest in training and re-training.

“You have to ensure that longtime residents can benefit from the changes that come with gentrification,” Gooding says.

Then there are the simpler micro changes that can help to improve day-to-day life. In particular, he laments the axing of the “Fair Fares” subsidy program, which allowed qualifying lower income residents to purchase discounted subway tickets. Meanwhile, the neighborhood has to push to retain its identity. (You may recall the firestorm over rebranding Harlem as “SoHa” earlier this year.) 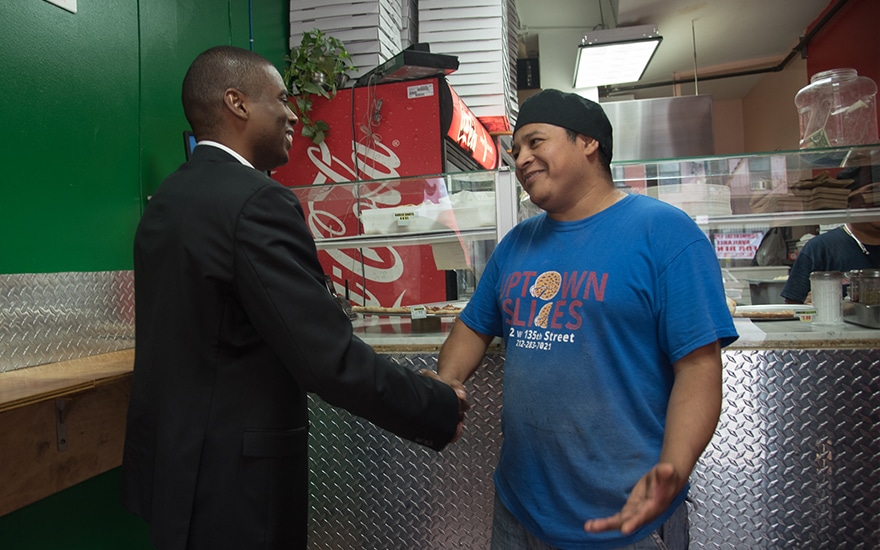 Looking ahead, Gooding says there are a plethora of opportunities for public-private partnerships that could promote technological advances and even agricultural projects in Harlem. One example of the latter is Street Leafs, a community-based hydroponics and vertical farming effort that he has been in discussions with.

“You have to be creative, proactive, see what’s going on, respond, and make sure that what you want to see happen is in conjunction with what the community wants,” he says.

Ultimately, helping to promote a better life in Harlem comes down to a “personal fight” for him.

“Every Harlemite deserves the opportunity to receive a great education, a great job and affordable housing—right here,” Gooding says. “To make that happen, Harlem needs elected officials that reflect the values of the community.”