Homer Simpson once said, “Well, I’m not one for taking new jobs on a whim. But as we say in the snow plow business, ‘I’m your astronaut.’”

Homer may be a walking contradiction, and a cartoon to boot, but he hit the nail on the head when it comes to not taking a new job without having the knowledge and passion to back it up. Or so might say Lucia Paolini, the vice president of legal and business affairs for the Latin American branch of FOX Networks Group—the very channel that brings “The Simpsons” to millions of homes in the region.

Get it, got it, good

“I always try to understand the company,” Paolini says, but she’s not just talking about the duties related to her specific role, like drawing up contracts, negotiating with advertisers, managing lawsuits (be it civil, labor, commercial, criminal, tax, corporate, environmental or administrative), coming to agreements with cable companies and other networks, and offering any other requested legal advice. She also gets her hands dirty in some of the more nitty-gritty aspects of the various industries. 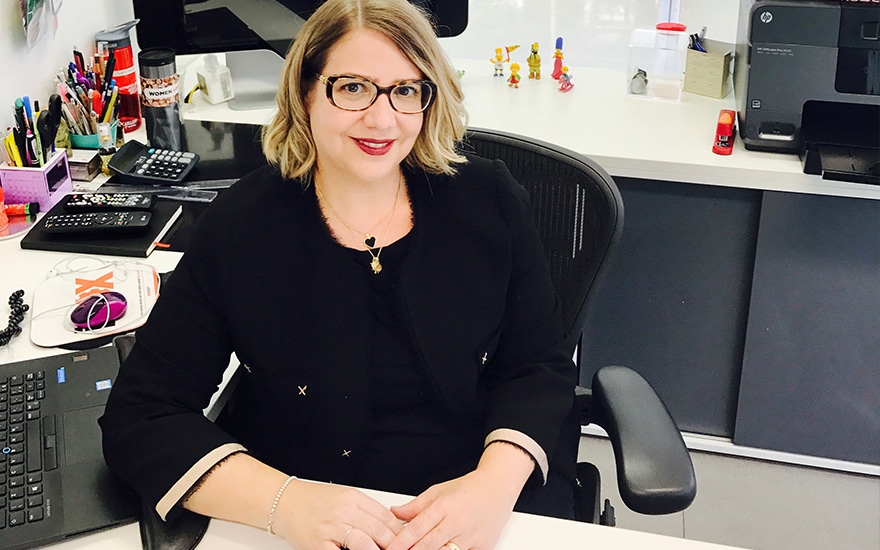 Prior to FOX, one of her positions was serving as the legal and compliance director for Lenovo, a designer, developer and manufacturer of computers, tablets, smartphones and other electronic devices. To properly prepare for her role, she took a hands-on approach—literally.

“I went to the factory floor and I built a computer to understand the difficulties they face in the factory,” she says, “and what, as a lawyer, I can do to best provide for the company.”

“I don’t know if it actually worked,” she adds with a laugh. “I’m not sure it turned on. It’s much more difficult than people think.”

At FOX, Paolini took a similar approach, and actually sat in on some television productions. Although her aim was to better understand the company, Paolini also did it to find some level of enjoyment in the work—to know what she was supporting—and not just for her edification.

“When you love what you do, you do it with passion,” she explained. “If you’re not interested in what the company does and how to make it better, you are not going to make a difference.”

Providing for the people

And although Paolini’s work at FOX’s Brazilian office is generally limited to the legal side, she doesn’t lose sight of the network’s primary goal of providing entertainment—something that may be especially important in a country going through an economic and political crisis.

“With all the challenges we are facing, at least we can make an impact and give the people a perspective and make a difference in their lives,” she says.

This includes the upcoming October launch of a new National Geographic channel aimed at kids, a project Paolini describes as being as rewarding as it is challenging. The difficulties mostly center around Brazil’s abundance of laws, regulations and other red tape that create hurdles for television networks—including the fact that certain ads, such as fast food commercials, deserve special attention when broadcast during children’s programming.

The country’s laws also stipulate that three-and-a-half hours of Brazilian-produced entertainment needs to be shown per week. This can be viewed as a roadblock to some, yet Paolini sees the greater good.

“Although this is required by law, we’re still helping to improve the movie and TV industry in Brazil,” she says.

Strengthening Brazil’s television industry may have a positive effect on the country’s economy as a whole, Paolini suggests, which is needed now more than ever. Since 2015, the country’s economic and political crisis has resulted in the impeachment of President Dilma Rousseff, a GDP that fell in consecutive years for the first time since 1931, and a level of unemployment that has nearly doubled since 2014 due to massive layoffs, and currently sits at about 13 percent. Media companies like FOX may provide a degree of stability, Paolini believes, both as a dependable employer and a purveyor of entertainment.

A different type of caring

Paolini may have been civically-minded from an early age, as nearly her entire family—her mother, father and numerous cousins—chose to become physicians. Although she was expected to follow in the family business, Paolini knew her heart wasn’t in it. She still wanted to be able to help others, just not from a hospital or medical office.

At age 17—when high school students in Brazil are required to decide on their college major—she rolled the dice on an education in law, seeing it as potentially rewarding, both intellectually and financially. And, as it eventually turned out, she was right.

After graduation, Paolini almost immediately learned an additional lesson: a career in a law firm wasn’t for her. In such settings, “you often don’t see the end result of the advice you give,” she says.

“When you’re an in-house lawyer, you work until the end of the subject,” she adds. “And you are more than a lawyer, you’re also a businessperson.”

Homer Simpson also said that he once loved his former favorite sports team, but they broke his heart. “Let that be a lesson to you, sweetie,” he said to his daughter, Lisa, “never love anything.”

This is where Lucia Paolini would disagree, instead opting to go with a life lesson of her own.

“Always work with passion and give it your best,” she says. “And if you love what you do, it will be simple.” 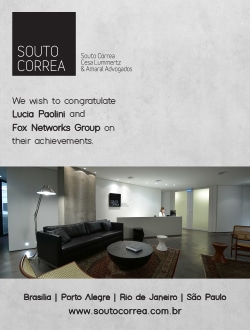