It’s been almost 50 years since two guys bought a double-decker bus and set off to tour Spain, Portugal and Morocco under the name Topdeck Travel.

It was an offbeat approach, but then the ‘70s were an offbeat decade, and the company proved a big hit for its founders, Graham “Skroo” Turner (nicknamed for a popular screwdriver) and his friend, Geoff “Spy” Lomas. 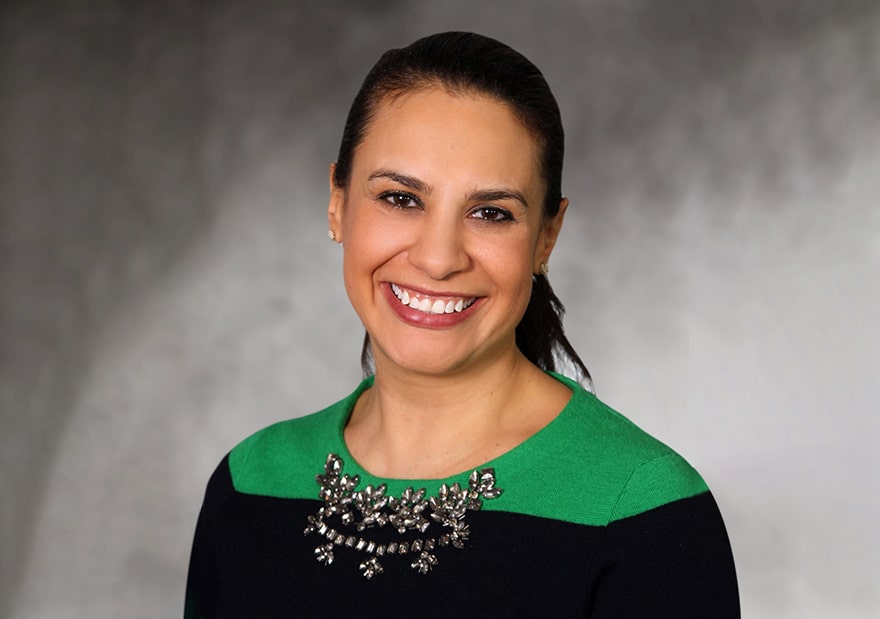 “My role is independent because I’m not a [practicing] lawyer, so I can make sure our processes and policies we implement as a controller value the privacy of our travelers and make sure their needs are met and expected,” Levy says.

While those regulations weren’t always applicable to North American operations, she soon had to comply with amendments strengthening Canada’s Personal Information Protection and Electronic Documents Act. In Mexico, data protection laws had been on the books since 2011 but were also getting tougher. 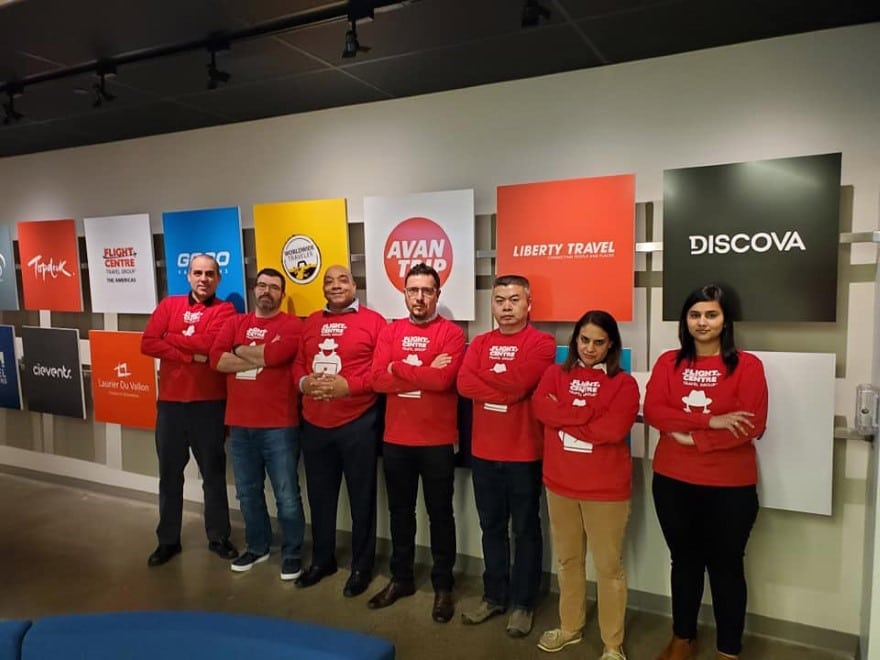 “I find a way to harmonize these rules in addition to GDPR that’s feasible and works and gets people where they need to go,” she says. “It’s more than interpreting the legal aspects, it’s about understanding the risk.”

Breaching any of the strict rules leads to fines, legal action and litigation, and other costs including investigations and the loss of revenue and reputation. So, Levy says she often takes practical steps, like asking customers to enter data in a portal instead of saving and auto-filling their information.

In the U.S., there’s still little federal privacy oversight outside the Health Insurance Portability and Accountability Act, and California, Colorado and Virginia are the only states to enact data privacy laws to date. The California Consumer Protection Act, which grants consumers the right to know, delete, and opt-out of the sale of the personal information collected by businesses, is the default the Flight Centre Travel Group uses for privacy protection in the U.S., Levy says.

Even then, it’s a moving target—it’s already been amended after a 2020 referendum to prohibit companies from making the opt-out process more confusing or forcing visitors to click through multiple screens. Levy says Flight Centre Travel Group made it simple before CCPA was amended—and had made those improvements nationwide. 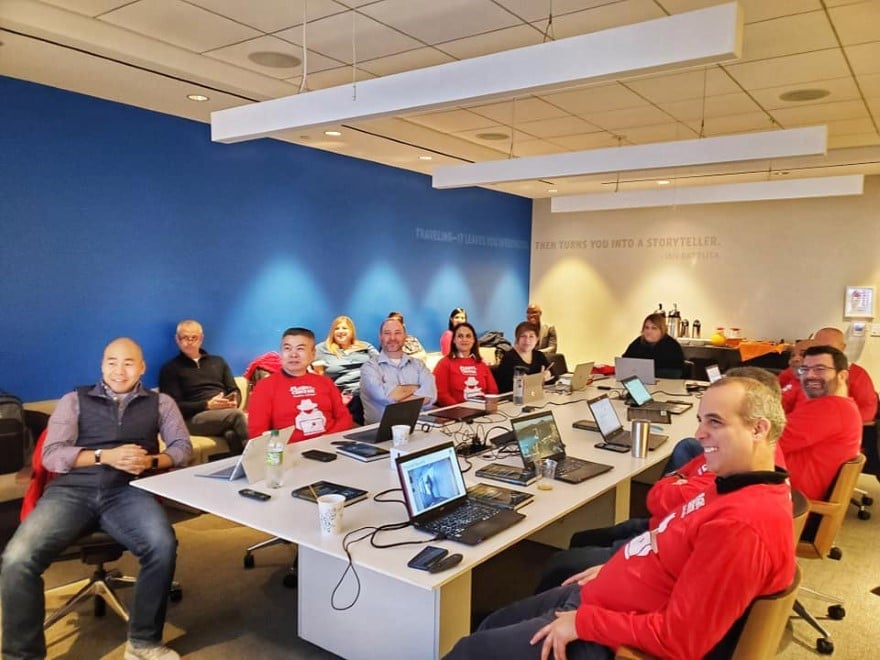 “We don’t want to have people have to press special links because their state hasn’t passed legislation, so we go beyond that,” Levy says. “We’re overinclusive. If you want your data deleted, we’ll delete your data.”

Each new product and service requires Levy to make a risk analysis, though that requirement is only arising in U.S. laws. She begins by reviewing proposals, ensuring they’re not only user friendly for Flight Centre Travel Group’s customers and agents, but that access and personal information is limited and that what information is needed is not retained longer than it needs to be.

“Are we a travel company or tech company? [This] is how it can feel at times,” Levy says. “Each brand poses their own risk for travel services.”

In the consumer’s shoes

Levy was born and raised in southern New Jersey and has remained in and around The Garden State for most her life. She earned her bachelor’s degree from the University of Pennsylvania with dual majors in international relations and French in 2002. While that might have portended a career in diplomacy, Levy attracted to the law and earned her J.D. from Rutgers University School of Law – Camden in 2006.

“I can’t recall a time when I didn’t want to be a lawyer. There was no other calling I felt,” Levy says. “I definitely think I’m more inclined to see multiple sides of an argument or discussion. I loved when I was learning how to interpret and read statutes and figure out a way around them, too.”

Before attending law school, she served as a paralegal for the U.S. Department of Justice Criminal Division for a year, researching international law, treaties and U.N. resolutions. She also prepared briefing materials for government officials traveling abroad. After graduating, Levy practiced corporate and finance law as an associate as the firms of Reed Smith LLP and Duane Morris LLP from 2006 to 2013. 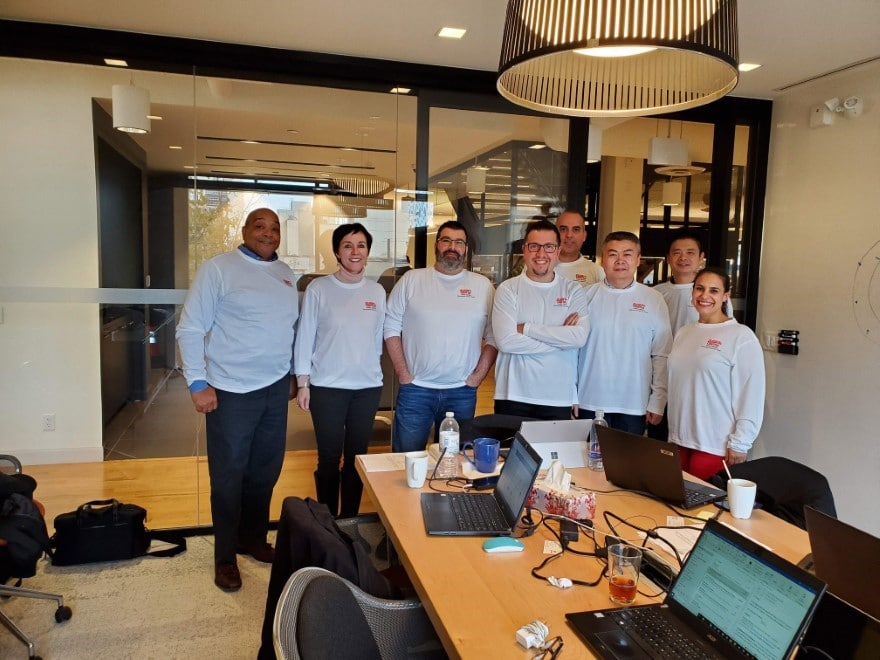 In March 2013, Levy became corporate and compliance counsel at RCN. In January 2016, she joined Capsugel as senior corporate counsel and director. In 2018, she joined Flight Centre Travel Group and was promoted to her current position in January 2020.

Levy now lives in northern New Jersey, and her husband is a basketball coach at Wagner College on Staten Island, New York. They’re raising a son who’s now 4 years old and they also enjoy traveling to places including India. Levy isn’t practicing law in her role at Flight Centre Travel Group but says her background as an attorney comes in handy as she oversees privacy.

“Privacy is a fundamental right, even when the law doesn’t require it. That’s our mission,” Levy says. “I put myself in the place of a consumer all the time. I ask, ‘what would I expect, what do I need and how would I want my data to be treated?’” 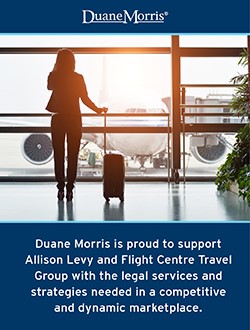