A legal trip for two

They’ve managed the legal department of Club Med North America for a combined 40 years. Together, they’ve helped pave the way for some of the company’s most high-stakes initiatives: a massive renovation of Club Med Cancun Yucatan in Mexico in 2006; a 2010 upgrade of Sandpiper Bay in Florida; and several expansion projects in the Dominican Republic in 2008 and 2015. 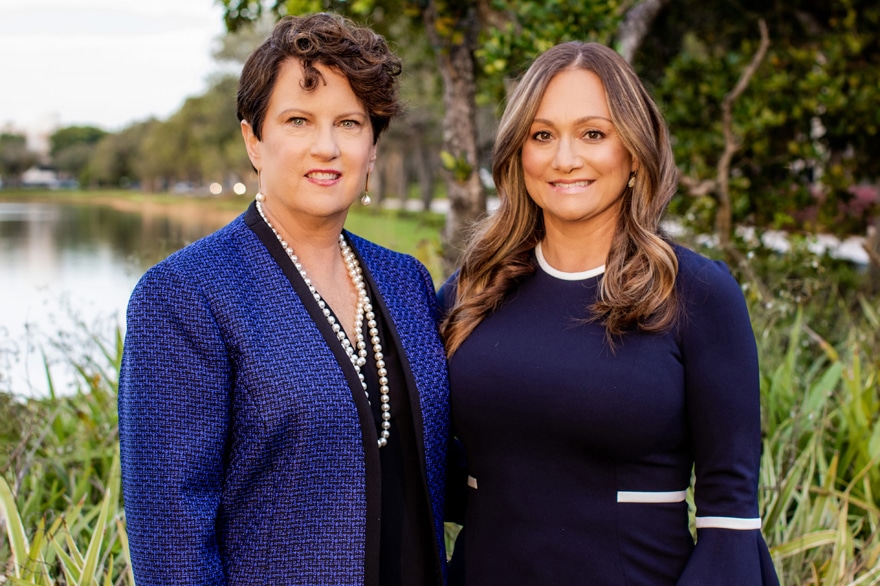 But for all the ventures that Eileen Kett and Paola Mora have collaborated on—and the many adventures they’ve experienced—the project they care about most will always be the same.

It’s the one right beneath their feet.

“Anytime you’re trying to open a new resort, it’s really exciting—and really terrifying,” says Kett, who recently celebrated her 20-year anniversary as the company’s senior vice president and general counsel. “After two years, it’s so rewarding. The entire company is excited about it.”

The “it” in question: a brand-new resort near the town of Miches, on the Dominican Republic’s bucolic northeast coast. While Miches has been a tourist destination for years, Club Med’s newest property represents the area’s first international resort—a designation shared by the company’s other Dominican property, located an hour east in Punta Cana. 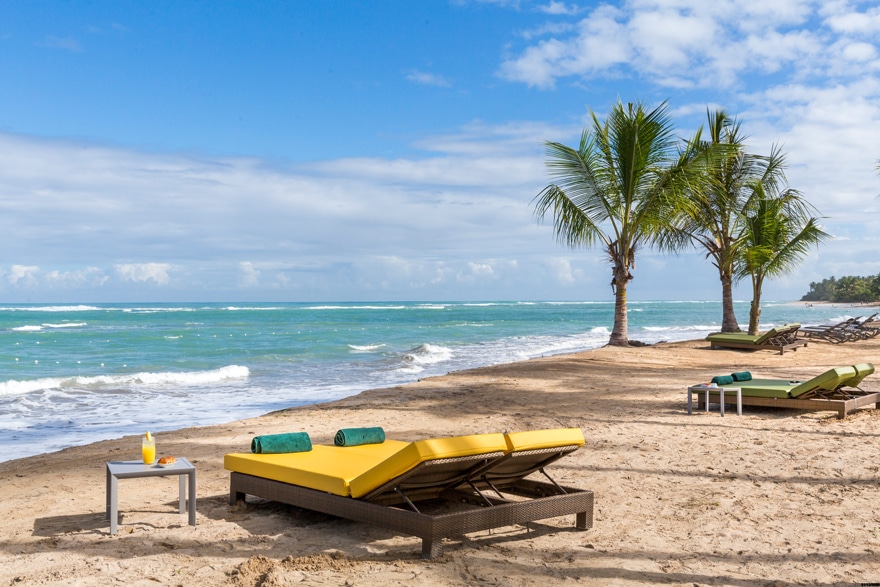 After entertaining the idea of a second resort on the island for years, in 2017 the company redoubled its efforts to find a suitable location. That year, Kett and a small contingent of Club Med representatives traveled to Miches to scout potential properties. It didn’t take long to find the winner.

“There’s a great airlift nearby, and the government had just built a highway that really opened up access, so we knew we were looking in the right place,” Kett recalls. “That said, once we got to the property, it was totally different. We were driving over these bumpy roads through coconut plantations. There was nothing there; it was so pristine. You could see the potential right away.”

Minding the i’s and t’s

Once the company settled on a site—a 93-acre beachfront plot where guests “would never have to see another hotel”—Kett and her team moved to acquire the land. According to Kett, the resulting deal was unique: Bringing together local banks and pension groups, Club Med was able to finance the project entirely with Dominican money, a first for the island. 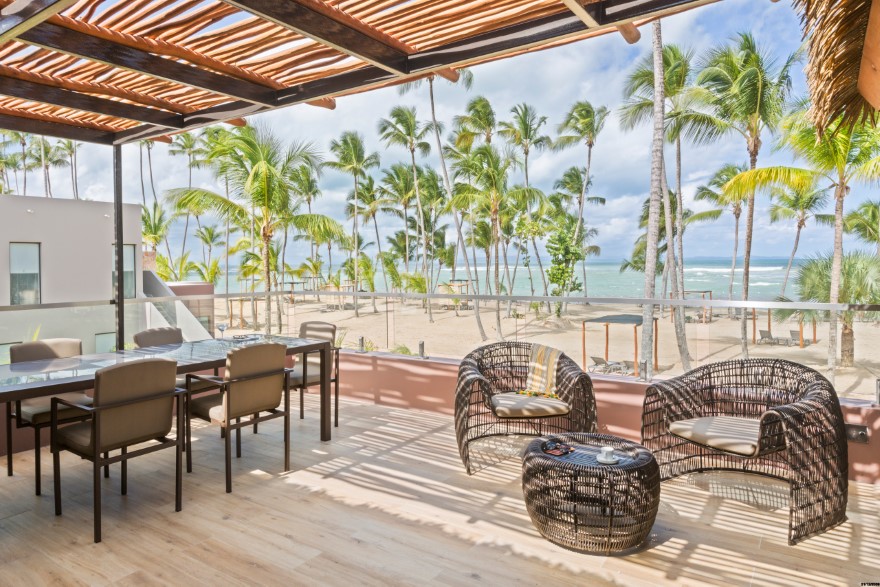 With Club Med Michès Playa Esmeralda under construction, the role of Mora, the company’s associate general counsel, grew ever larger. It was her job to oversee all contracts relating to the property’s many suppliers: food and drink, cleaning, security—the list goes on. For any service the resort offered, Mora had to make sure the contracts (and the compliance) were well in order.

“It’s not just a hotel; it’s not just a resort; we’re opening a full-on destination,” says Mora, who spent five years as Kett’s legal assistant before moving into a managerial position in 2010, and later into the dual role of director and associate general counsel. “There’s so much that has to be accounted for.”

More than a resort

Along with the project management team, Mora focused on finalizing the contract to establish a new training center aimed at tapping into the local workforce. Begun in 2018, the initiative has attracted more than 1,000 would-be employees from throughout the Dominican Republic, with programs ranging from English lessons to hospitality skills.

In addition to filing paperwork with local environmental and regulatory agencies, Mora is also responsible for all contracts related to the new infrastructure, including electricity, water and employee housing. 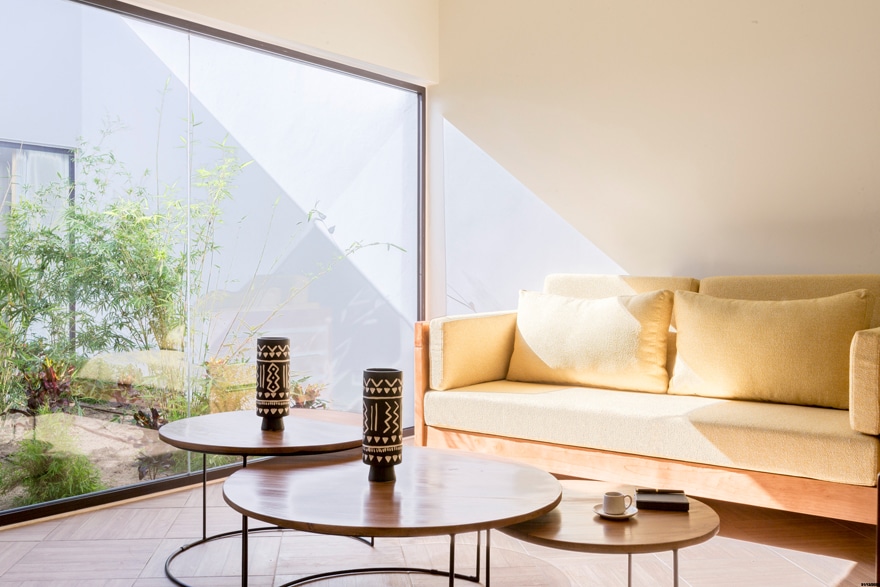 “What’s so significant about this is that the training we’re providing isn’t just benefiting us; it’s benefiting the whole area,” Mora says. “More than 400 of the people who went through the program received employment, but the rest still received great training and skills. So as the destination develops and more hotels open, they’ll be ready. That has a significant impact on the surrounding community.”

The resort’s environmental impact? Not so much. Reflecting the company’s longstanding commitment to environmental stewardship, Club Med Michès will feature a bevy of green-minded initiatives, including locally sourced coffee and chocolate; kitchen ingredients from local farms (along with an accompanying program to teach those farmers sustainable farming skills); uniforms for employees created out of recycled plastic bottles; and a no single-use plastic initiative.

What’s more, in an effort to achieve BREEAM and Green Globe eco-certifications, the company is currently working to install more than 45,000 square feet of solar panels.

Opened in November 2019, the resort is already garnering accolades—4.8 out of five stars, according to more than 100 Google reviews.

Not that Kett and Mora are resting on their laurels. By the time the latter was overseeing the resort’s operations agreements, Kett was pivoting to the company’s next venture: a new year-round ski resort in Quebec—Club Med’s first such attraction anywhere in Canada.

Still, during their joint interview with Vanguard in fall 2019, the two couldn’t help but reflect on the overlapping sweep of their careers—and how neither would be where she is without the other.

“The only reason I’m able to wear as many hats as I do is because Paola’s been growing into her own role right beside me,” Kett reflects. “This is someone who worked for the Army for almost a decade, came to Club Med, got hired as an administrative assistant, went to law school while working full time with two kids, and has just worked so hard. She’s become indispensable.”

“In Eileen, I found a real mentor—an advocate,” she says. “If you don’t have that support, it’s hard to take the next step. But she’s helped me take those steps.”

While neither can say for sure how their roles will evolve, one thing’s for sure: The opportunity will be there.

“It’s an exciting time for the company as a whole,” Mora says. “We’re growing, and the projects we’re working on speak to that.” 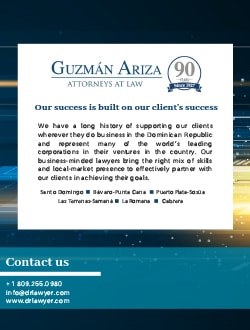