When someone clicks “accept all terms and conditions,” they often don’t know what they’re agreeing to. As a result, people sometimes sign away their right to sue a company even though it might be in their best interest.

At the American Association for Justice, General Counsel Anjali Jesseramsing is fighting to protect this right, which includes ending forced arbitration in which workers, consumers and patients are required to settle issues outside of court.

AAJ, based in Washington, D.C., has been protecting Americans’ right to trial by jury for 75 years. The membership-based organization offers resources and support to plaintiff lawyers while also advocating for federal policies and legislation. 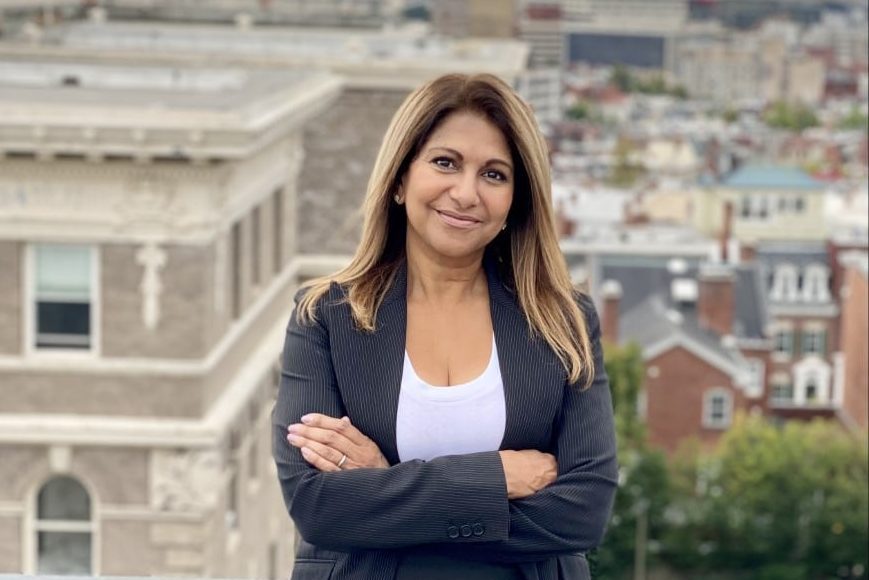 The organization’s legal affairs department, headed by Jesseramsing, plays a critical role in protecting access to justice, she says. From its amicus curiae program to providing strategy in the rulemaking arena, it works with AAJ’s public affairs and state affairs teams to further the association’s mission.

“You have to have the ability to access the courts in order to get redress,” Jesseramsing says. “It’s what this country is all about.”

In 2019, Amtrak added such a clause to the backside of its train tickets. According to Jesseramsing, this could affect the families of the victims of a fatal Amtrak derailment that happened in Montana this past September.

In addition to the FAIR Act, AAJ is supporting the Ending Forced Arbitration of Sexual Assault and Sexual Harassment Act. Jesseramsing says many workplaces have handbook clauses forcing arbitration in instances of sexual harassment or misconduct, which keeps victims from seeking justice in a public court.

AAJ’s amicus curiae program, overseen by Jesseramsing, is critical in its goal of protecting access to justice. In the past five years, AAJ has filed 100 amicus briefs, which are legal briefs offering insight or expertise from someone not party to the case, on issues such as preemption, personal jurisdiction and, of course, forced arbitration. 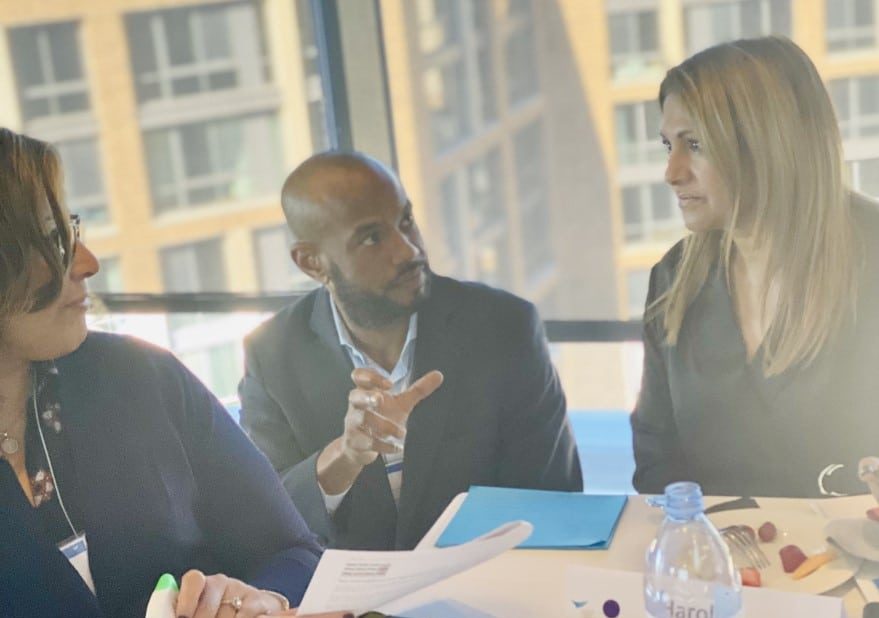 For example, AAJ participated in Kauders v. Uber, a case involving a blind man who filed suit after he and his guide dog were denied rides by three Uber drivers. Uber’s motion to compel arbitration was granted, however, denying him the chance to go to court.

Along with the Massachusetts Academy of Trial Attorneys, AAJ argued that an arbitration clause in Uber’s rider agreements was not a valid contract and was therefore unenforceable. The Massachusetts Supreme Judicial Court agreed, saying that Uber’s online arbitration provision was effectively hidden from the user, so it did not create a contract.

AAJ also supports the rights of people injured or killed by corporate misconduct to seek justice in the state in which they live and the injury occurred.

The organization supported the plaintiffs in a case before the U.S. Supreme Court against Ford Motor Company after Ford claimed Montana and Minnesota didn’t have personal jurisdiction over car crashes occurring in the states.

In a unanimous ruling, the court held that companies that market a product in a state which causes injury in the state to one of its residents may be sued in that state. Trial attorney and AAJ member Deepak Gupta represented the plaintiffs in the case and AAJ filed  an amicus brief in support of the victims.

It’s urged Congress to enact the George Floyd Justice in Policing Act, which was reintroduced in early 2021 and aims to end qualified immunity  for police officers. The bill would also create a national police misconduct registry and require the use of body and dash cameras with the video footage being preserved.

In addition to filing amicus briefs, AAJ supports its members who represent the family of George Floyd following his murder in 2020. “That’s why I work at AAJ—to advocate for people who have been hurt or have had their rights taken away,” Jesseramsing says. “To be part of advocating for much-needed change is so rewarding.”

Fighting for the future

Jesseramsing has been at AAJ for 25 years now, saying it’s where she belongs. She started as an associate director in the education department, a role that still allowed her to work in a legal capacity, and was promoted to general counsel in 2014.

She started her career as an associate at the Philadelphia firm Ballard Spahr Andrews & Ingersoll, now Ballard Spahr, after earning her J.D. at Boston College Law School. She spent six years at the firm. 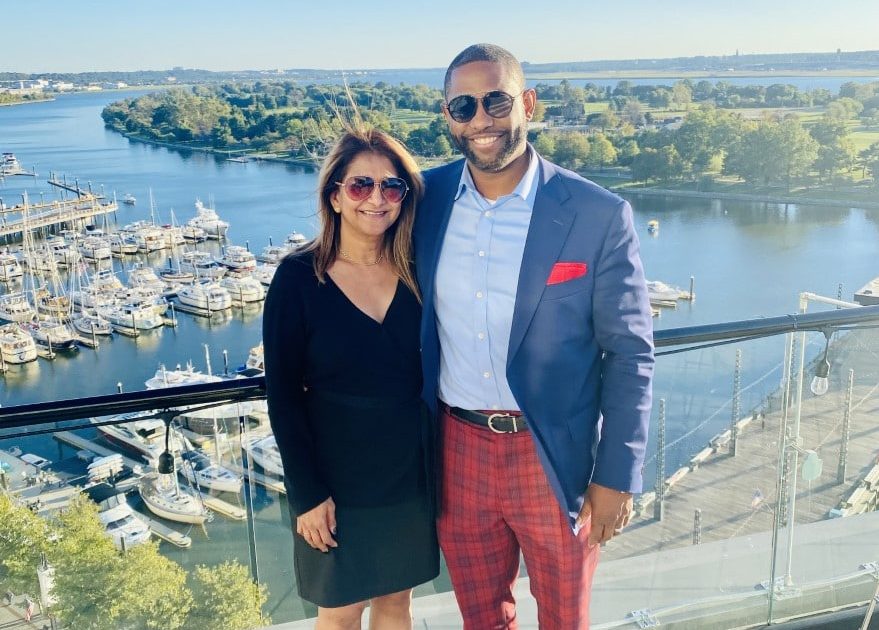 In addition to helping people, Jesseramsing says she enjoys working with her colleagues to advance AAJ’s work. She says her relationship with the organization’s members and volunteer elected officers and, especially with CEO Linda Lipsen, inspires her commitment to the work of AAJ.

“It’s not just the mission; it’s the strong leadership carrying out the mission,” Jesseramsing says. With AAJ celebrating its 75th anniversary this year, she says the organization has been looking to the future and feeling hopeful about what it can achieve.

“AAJ will be here for another 75 years because AAJ and the work of trial lawyers will always be needed,” Jesseramsing says. “As long as the constitutional right to trial by jury is under attack, we’ll need an organization like ours to advocate for the rights of individuals to have access to just-ice.” 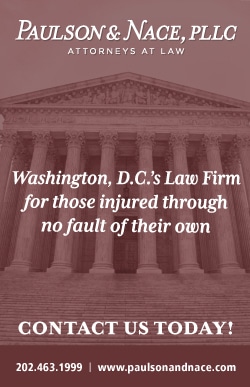 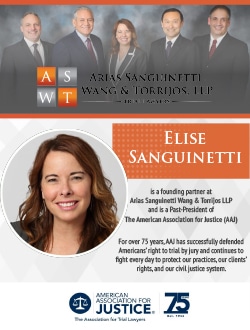 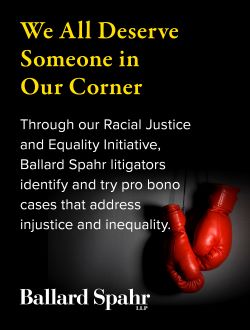 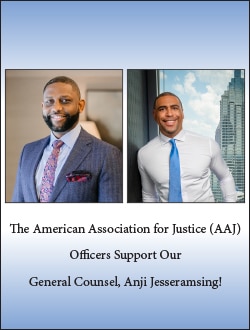