Patenting a career all his own

By all accounts, the acquisition was a perfect fit; a way for Panduit to augment its network infrastructure business with an established audio-visual presence, in the form of AV luminary Atlona. Even the deal itself—a handover completed in 2018, and Panduit’s largest to date—was quick and seamless for the company and its general counsel, Chris Clancy.

Despite the banner deal, however, the veteran intellectual property (IP) lawyer knew the real work had just begun. 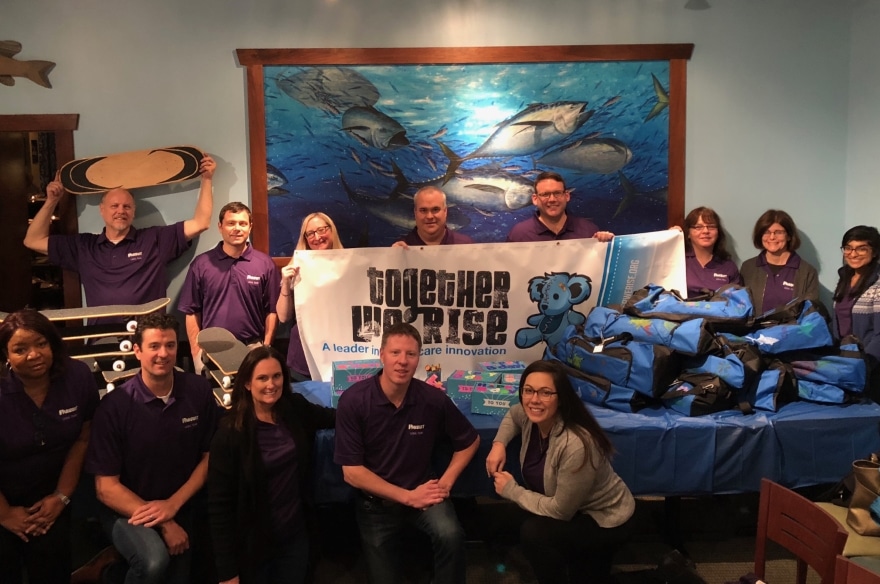 “It’s not uncommon for smaller software companies to go without patent protection; the markets move too fast and the product life cycles can be rather short, so it can be cost-prohibitive,” Clancy explains. “So it was really important that we understood the competitive landscape and how these products fit with where we want to go.”

Generally, Panduit seeks to acquire businesses without a global footprint, allowing it to expand the products of its acquired companies globally, creating a natural avenue for growth, Clancy explains. With Atlona, that means big potential for some of its more cutting-edge wares, including collaboration applications, virtual reality tools, control and management solutions, and the like.

IP has become so integral to Panduit’s broader strategy, in fact, that it now has five patent-focused attorneys to assist Clancy—a team that now comprises half of the company’s legal staff.

“One of the things that makes us unique is that we have a go-to strategy for every market where we operate,” Clancy says. “The supply chain is set up and ready to go. At that point it’s about integrating those products as quickly as we can.”

Acquiring a cutting-edge software company isn’t without pitfalls, however. Take for example non-practicing entities (NPEs) or businesses whose sole purpose is holding patents with no intention of bringing them to market. Colloquially known as patent trolls, NPEs often target software companies, suing them for infringement hoping to land a hefty settlement.

“A lot of trolls are looking for five-figure settlements, but others might be looking for bigger payouts,” Clancy explains. “It’s become part of the business. We know we’re not the only ones being affected, but it still requires plenty of planning and foresight.” 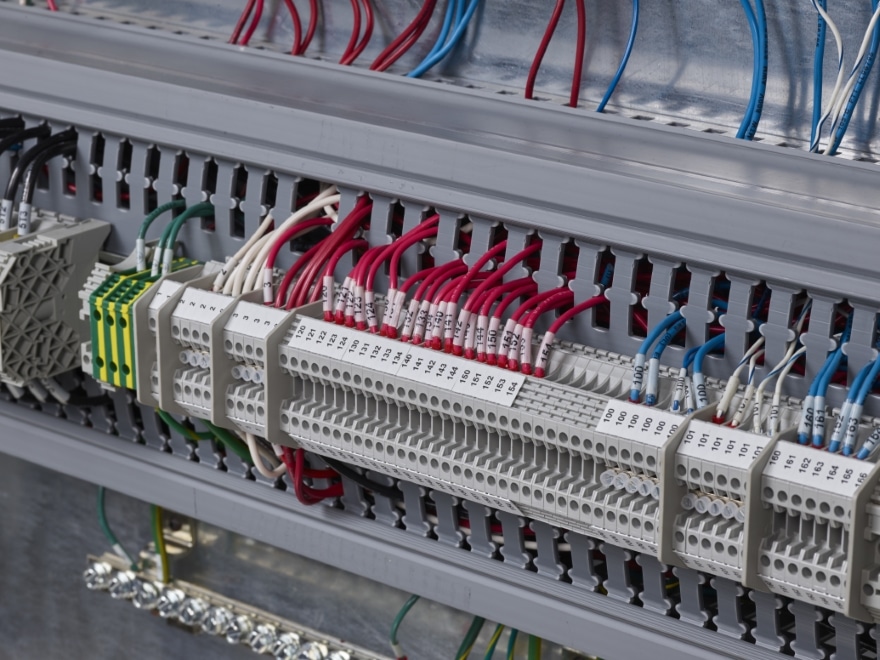 According to Clancy, the problem is especially prevalent in mergers and acquisitions like the ones Panduit pursues. So much so that Clancy and his team have to bake those eventualities into any deal, both in terms of due diligence and the overall cost of the transaction.

As Atlona’s products—a mix of standard AV equipment like scalers and amplifiers—become integrated into Panduit’s broader offerings, Clancy is steadily shifting his efforts to other fronts. That includes bolstering due diligence for third parties and ensuring all new software includes the best in cybersecurity protocols.

It also includes a heightened focus on regulatory compliance in the wake of the passage of the European Union’s General Data Protection Regulation (GDPR), a sweeping law governing how companies with operations in Europe handle customer information.

“We want people to involve us as early as possible, so we can spot the small problems now and prevent them from turning into bigger problems down the road,” Clancy emphasizes. “We schedule one-on-ones, lunch meetings with different functions and leaders—anything to ensure they stay in touch.”

It’s that emphasis on ready ears and open doors which has come to define Clancy’s 18-year run with Panduit—and that made him the natural pick to fill the company’s general counsel slot back in 2016.

Finding his niche, however, required something a bit different: an open mind.

It was math and science that first sparked Clancy’s curiosity growing up, leading him to major in mechanical engineering at Northwestern University. During his junior year, Clancy took an elective called Engineering Law, taught by a noted patent attorney from a prestigious Chicago firm.

“I was immediately fascinated by this nexus of technology and law,” Clancy recalls. After earning his J.D. from Chicago’s John Marshall Law School in 1997, Clancy parlayed a successful internship into a full-time associateship with Dick & Harris in Chicago. It was here that Clancy first cut his teeth on the nuances of IP law—a specialty he would retain for a year spent at Wallenstein and Wagner from 2000 to 2001. 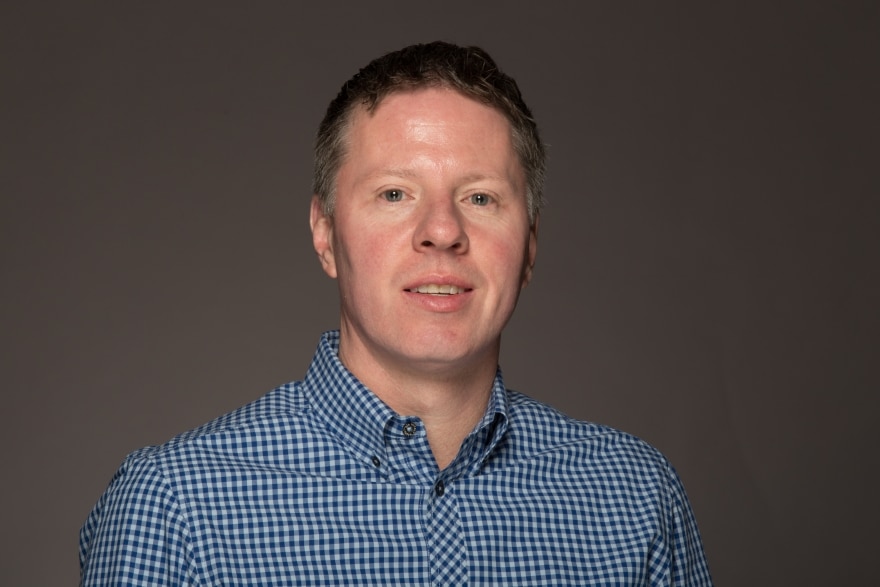 Right around the time Clancy began looking for a different firm, he was contacted by a recruiter. After decades of selling cable ties and other electrical products, Panduit—a small company based in Tinley Park, Illinois, not far from Chicago—had recently entered the networking business and it needed a strong IP lawyer to round out the legal roster.

Over the next 18 years, as he climbed the ranks from patent attorney to chief patent counsel to his new role as the company’s general counsel, Clancy saw Panduit evolve from a family-owned endeavor to a leader in the network infrastructure space with around 5,400 employees globally.

Now he’s helming a 10-lawyer team with duties that span the legal gamut, from labor, employment and commercial real estate to all manner of compliance demands.

As for his granular understanding of the business and the broader market, Clancy says he owes a lot to his engineering studies. Even if the niche he’s carved will always feel like his own.

“To be an effective IP lawyer, you really need to understand the products at a high level; how they work, how they can be improved and how they fit the company’s strategy,” Clancy says. “Without that engineering background, I wouldn’t be the lawyer I am today.” 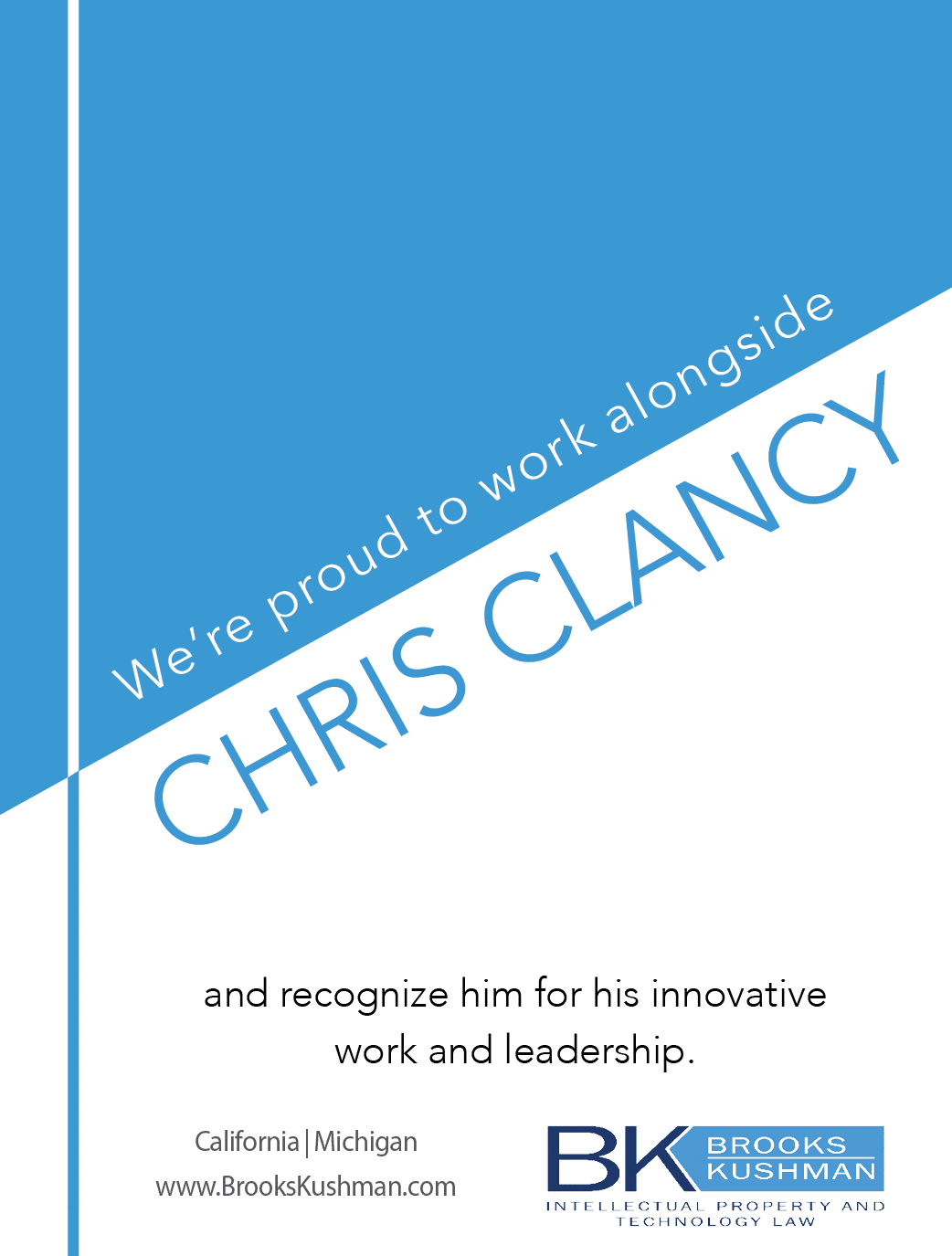 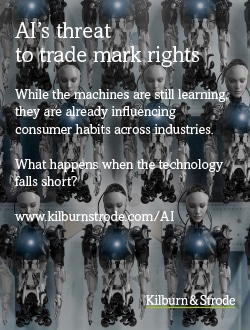 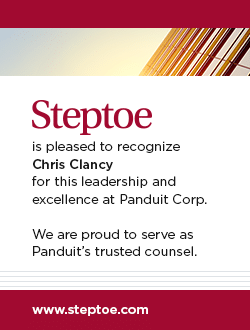