Strong enough to bend with the company’s needs

Quite the balancing act FLEXcon Holdings committed to five years ago when its owner and CEO decided to prepare for the next generation of leadership.

Noted for its pressure-sensitive film products used in outdoor advertising and product labeling, the Massachusetts company sought to become world-class in leadership, employee development and governance while maintaining its family roots.

Needing a leader well-versed in corporate law and governance, second-generation President and CEO Neil McDonough recruited Nate Bailey from his legal role of 15 years-plus at The Timken Company in Ohio. A native New Englander who had long wanted to bring his family back east, Bailey felt the stars had aligned. 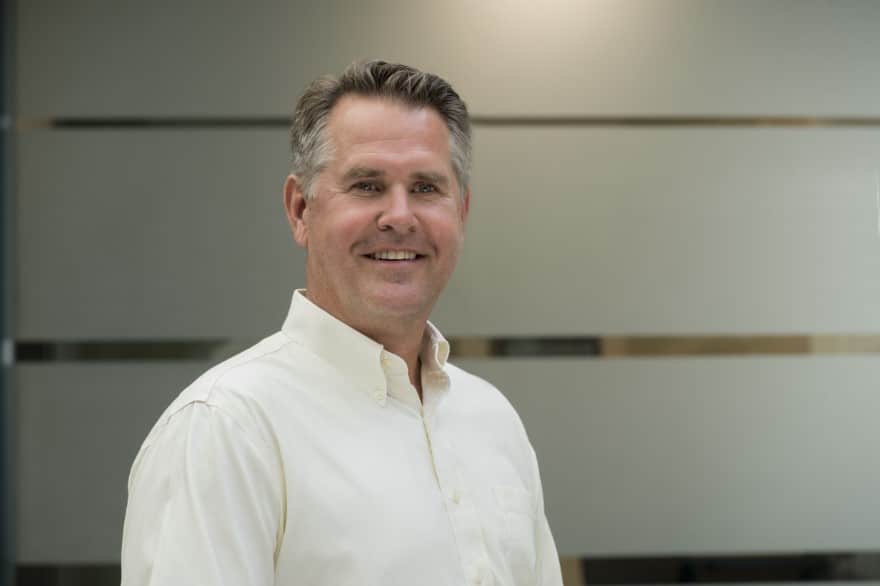 At the time in his summer home in New Hampshire, he finalized a deal for Timken on Sunday, drove an hour south to Spencer, Massachusetts, on Monday to meet with the FLEXcon brass, and soon was immersed in the first phase of an ongoing transformation as vice president, general counsel and secretary.

While initially he focused on learning the business and providing legal services, Bailey was soon tapped to help assemble an executive team and other projects. He’s also sought to improve the delivery of legal services through LEAN process improvement, and by implementing software to deliver legal guidance, automate contract review and measure performance.

“Your first step is just to start the journey,” he advises. “Though you can never plan and resource for all of it to proceed perfectly.”

That said, there’s been much progress on his watch.

McDonough remains in charge and is focused on ensuring a seamless succession when the time is right. His son, Shaun, is a rising star and committed to a third generation of McDonoughs leading the way. Having restructured the board of directors with two independent members, implemented quarterly board meetings, strategy and performance reviews, and a LEAN continuous improvement process, FLEXcon is prepared for whatever the future may hold, Bailey says.

“Corporate governance is really just building relationships among key stakeholders—the shareholders, directors, management team—and having a continuous improvement and process mindset,” Bailey tells Vanguard in July. “If you don’t have good, transparent dialogue and collaboration, you get silos and misunderstanding.” 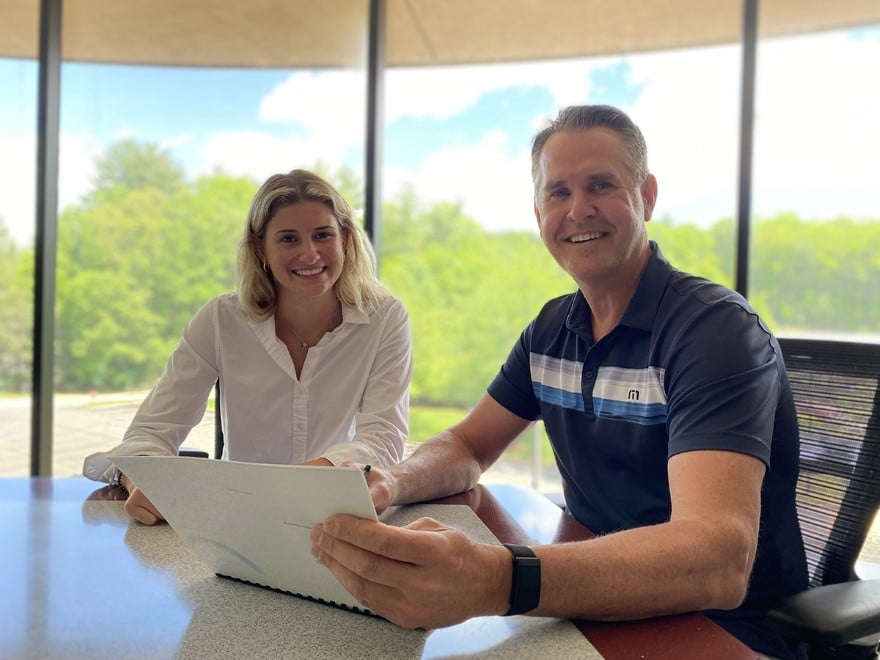 Then there’s been Bailey’s role in such matters as SI&OP—sales, inventory and operations planning—budgeting and long-term strategy. Business smarts, he reminds, enhance a legal officer’s effectiveness. As interim head of human resources, he also brought in new talent.

The holding company is better prepared, he says, to aggressively pursue its long-term growth plans. Another ingredient is FLEXcon’s purpose which Bailey says is centered on respect resources—human and natural. While this sounds full of high ideals, Bailey believes it’s why FLEXcon will thrive for generations.

There being understanding that ESG initiatives—environmental, social, governance—are ethically appropriate as well as good business, Bailey speaks excitedly about the company making more use of PVC-free plastics. Such materials are made without vinyl and are championed as planet friendly by Greenpeace. 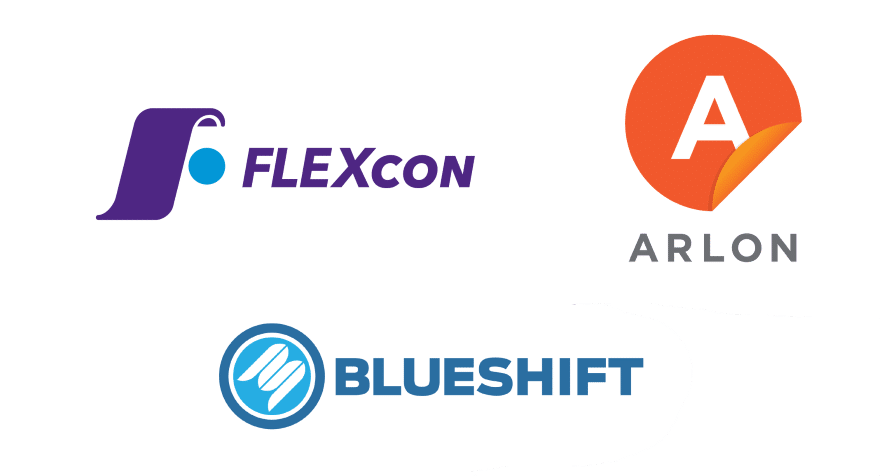 The company also works with clients and vendors on sustainability initiatives that include recycled materials, less energy consumption and water-based adhesives. An in-house Environmental Management System defines activities where employees can practice sustainability. A workplace wellness program is further evidence of empathy for employees.

“After many years in corporate America, I discovered what really energizes me is working in a purpose-driven culture dedicated to team dynamics and continuous improvement,” Bailey says. “Knowing that you’re supporting people who share your core values is the fuel that keeps me going.”

You’ve seen the results of FLEXcon’s innovation daily in the wraps and graphics on delivery vehicles, the labeling on pharmaceutical and beverage containers, the safety warnings on machinery, the bar codes on so many items, and the commercial and directional signage at stadiums and other crowded venues.

Its newest business, the startup Blueshift Materials, literally takes FLEXcon to a higher level with its thermal barriers and management suited for aerospace and U.S. military planes—and that carries extra meaning for Bailey.

A good-natured man, his life has not been without tragedy. His father, Albert E. Bailey Jr., was a Navy pilot killed when his US-2B Tracker aircraft crashed at the Naval Air Station in Weymouth, Massachusetts, in 1978. The younger Bailey was just 11, but old enough to remember his father’s mantra.

“‘Press on and then some!’” Bailey fondly recalls. “Both my mother and father had unwavering faith and a dedication to serving their community and family.” His mother, Phyllis, pressed on raising three boys while at the same time getting her bachelor and master’s degrees and running her own business. 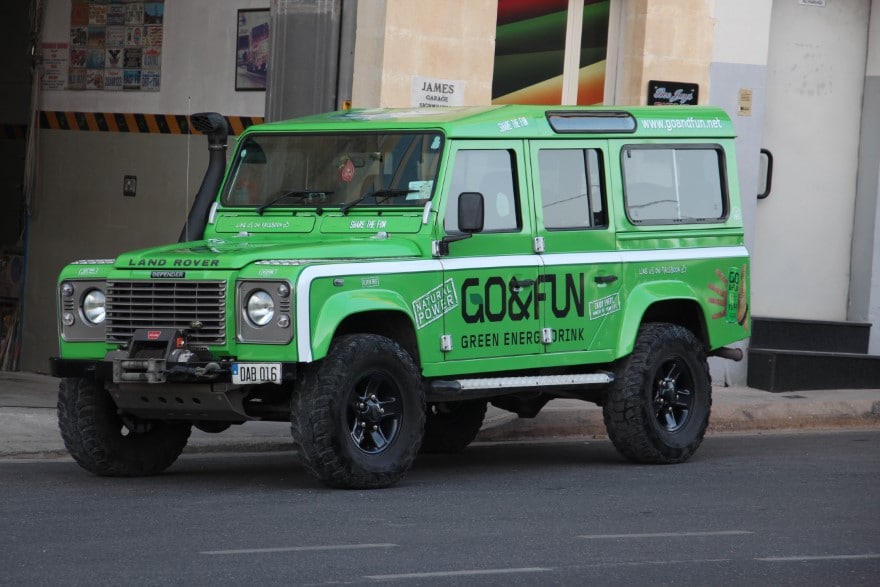 Bailey pressed on as well, spending a year at the U.S. Naval Academy before transferring to the University of Pittsburgh for an undergraduate degree in business and political science, and then his law degree. He played basketball at both schools, even having future NBA All-Star David Robinson as a teammate on a Navy squad that reached the Elite 8 before falling to Duke in 1986.

After having to sit out the 1986-87 season, he played his final two years at Pitt, where he also met his wife Linda, a starter on the volleyball team. Together they’ve had four children who followed their parents’ footsteps as college athletes.

As a lawyer, Bailey honed his skills with a couple Pittsburgh firms, Dickie McCamey & Chilcote and Clark Hill Thorp Reed before commencing with a 15-year-plus run at Timken, which manufactures bearings and power transmissions products. A most rewarding time, he says, highlighted by three years in France as senior legal counsel to Europe. He returned stateside in 2007. 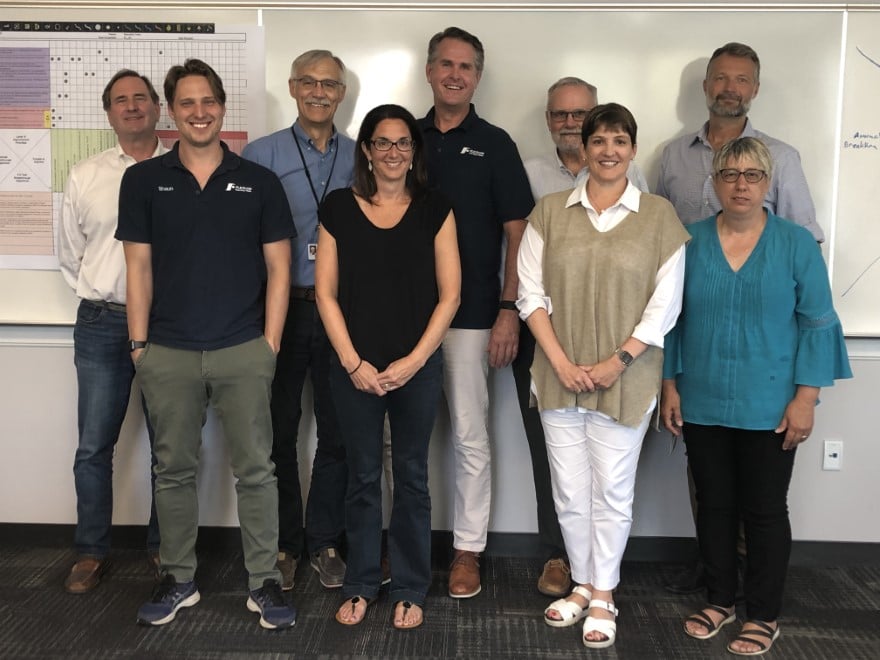 But New England was home, and Bailey kept his eyes open for opportunities there, ideally with a Boston-area company also global in its operations. That opportunity came in September 2015.

“There’s a sense of urgency to transform the businesses and make sure all’s in place when Neil passes the torch,” Bailey acknowledges. “But some things won’t change: FLEXcon’ s purpose, the family culture, the ethics, the respect for its employees, and the drive for excellence.”

And should his colleagues need some concise advice, he’ll advise them of the wisdom of his parents: “Press on and then some!” 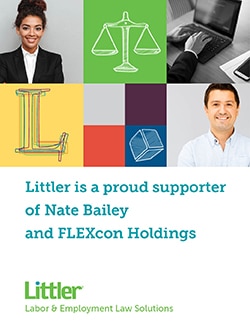