Coming through in the clutch for the Washington Nationals

“Next year” has arrived, and while it’s had ups and downs for the Washington Nationals, at least baseball is returning to normal with a 162-game schedule, turnstiles opening to capacity and no more cardboard cutouts as placeholders for fans.

An afternoon at Nationals Park is again an event to relish for the team’s passionate general counsel and vice president who helps keep the franchise stable on many levels.

“It’s a whole new beast,” says Betsy Philpott, a member of the team’s legal staff for over seven years and whose promotion to her current positions in early 2020 just preceded the onset of a pandemic. 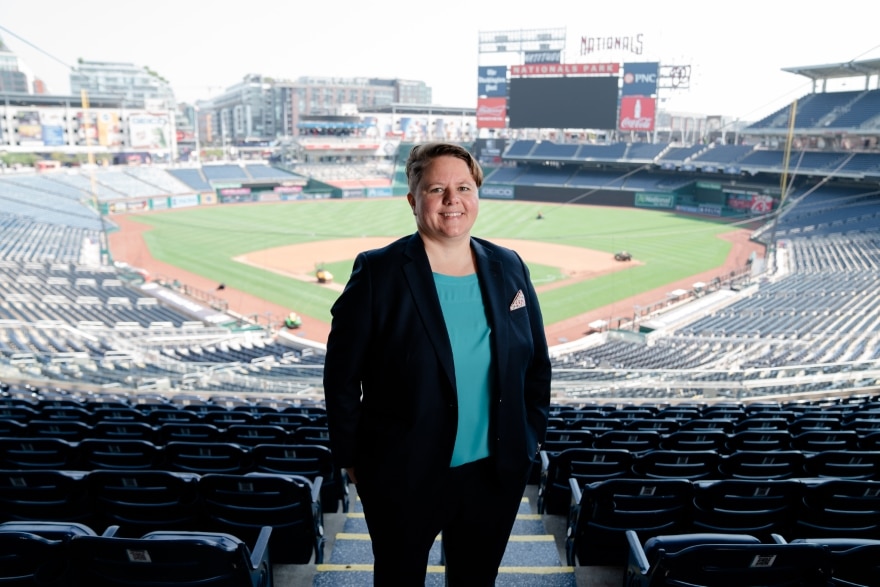 Just a couple months earlier Philpott and the Nationals had organized a victory parade through the streets of the nation’s capital. How uplifting it was, that sea of red lining Constitution Avenue. Political differences were put aside for a few happy hours as the celebration moved to Pennsylvania Avenue with the U.S. Capitol in the backdrop.

Then came COVID-19 in March and the many procedures and policy changes Philpott oversaw just so the Nats could join 29 other teams in some semblance of a baseball season. The worst possibly over, hope again can spring eternal at ballparks everywhere, including Nationals Park, where Philpott is among the leaders in taking the baseball experience to a new level.

A new era really has begun, she tells Vanguard in late June, for earlier this year the Nats became the first baseball team to launch an online betting app—Philpott having sealed the deal with BetMGM. But, as she emphasizes, a fine line must be recognized between leveraging sports betting to expand fan interest while not offending a family-friendly atmosphere.

So, when BetMGM opened its first retail outlet in an MLB stadium later this season, there was no direct connection between it and the rest of Nationals Park. The arrangement calls for separate entrances to each facility and, while the app can be accessed throughout the District of Columbia, bets may only be placed in a two-block radius around the ballpark.

“I’ve got to analyze the full picture behind every issue,” she says. “Not just from a legal perspective, but from a business and public relations side too. I’ve got to put myself in the shoes of the consumer when I see our product.” 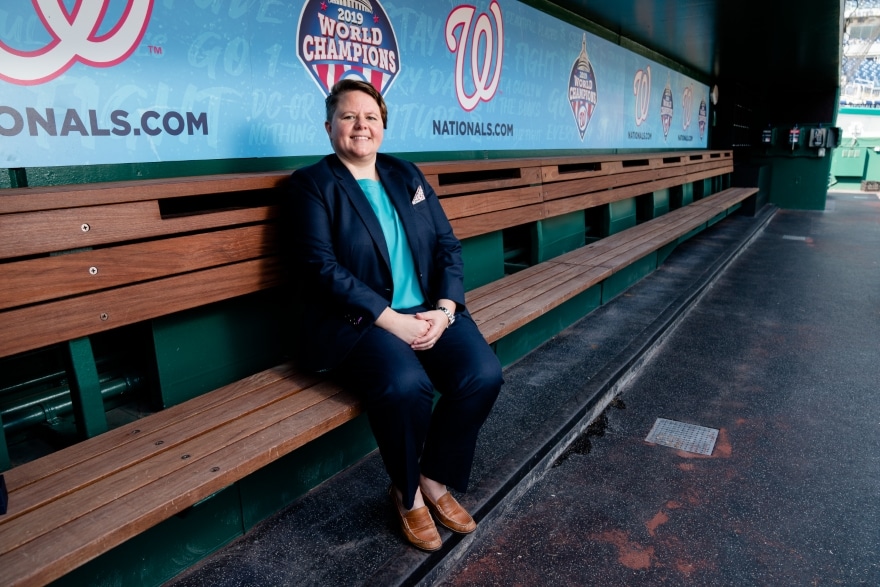 That’s taken some doing on the business end, she goes on to say, as the first year-and-a-half of her being legal boss was dominated by COVID-19 issues. Contracts with vendors and commercial sponsors had to be amended if not rewritten, and she lauds most of them for compromising. An upgrade to a ballpark club was put on hold and she fashioned incentives to retain season ticket holders.

“Just getting the team through those 15 months was my proudest moment,” she says. “It was an ongoing crisis that was constantly changing. What helped make it bearable was being able to lean on some colleagues in this business.”

There was Katie Pothier, Philpott’s counterpart at the Texas Rangers, and D’Lonra C. Ellis, of the Oakland Athletics, each of whom could be counted upon for guidance in practically any area. A former Nats deputy counsel who had since taken her skills to Major League Soccer’s Philadelphia Union, Amy Minniti would advise Philpott on the contractual matters that consume so much of the offseason.

No rest for her

There’s really no offseason for Philpott, as it’s November through April when she and the rest of the team’s brass prepare for the following season. While President of Baseball Operations and General Manager Mike Rizzo negotiates multimillion-dollar contracts with players’ agents, the deals wind up on Philpott’s desk for fine-tuning. The Nats also have inked hundreds of minor leaguers and, while those individual deals are for substantially less in dollar value, they add up and Philpott must OK a lot of fine print.

And like most teams, the Nats maintain an academy in the Dominican Republic for their Latin American prospects. For Philpott, this means ensuring compliance with a foreign country’s laws as well as overseeing contracts under a different business model.

While it adds to the challenges of an already demanding job, Philpott wouldn’t want to be elsewhere. As she reminds, an in-house legal position with any sports team is something for which many lawyers would swap a partnership at a blue-chip firm. 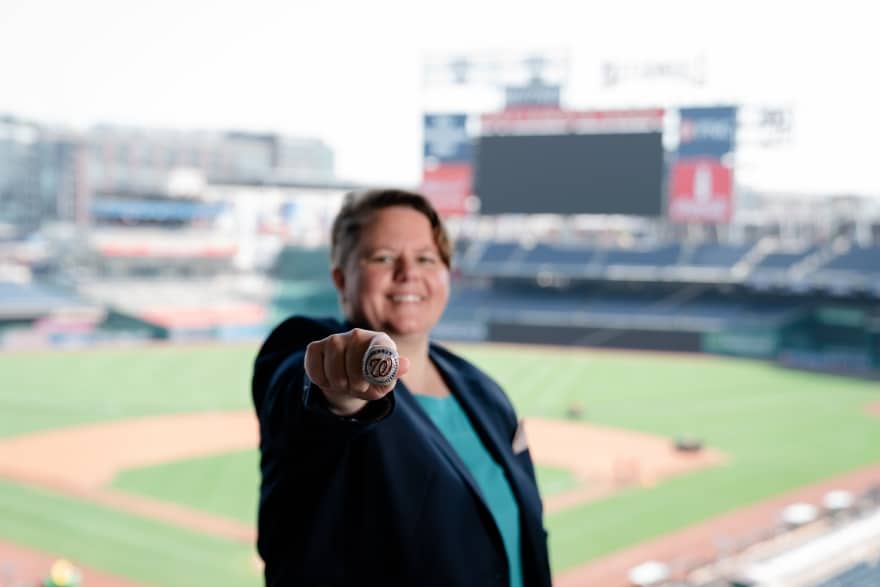 A 2008 Vanderbilt University Law School grad, Philpott was at such a firm for four-and-a-half years, handling energy and commodities matters as a McDermott Will & Emery associate. “Not the kind of work I wanted to be doing at age 40” went through the mind of this young woman who years earlier had played Little League baseball and nurtured a pipe dream of being the first female MLB player.

So she enrolled in the sports industry management program at Georgetown University in 2013, earning a master’s and one year later joining the Nats as a legal affairs specialist. The thrills have been almost too many to count, she says. There was her role in renting Nationals Park for an outdoor hockey game between the Washington Capitals and Chicago Blackhawks on New Year’s Day 2015. In 2018 she arranged to host the MLB All-Star Game. And that 2019 victory parade will always be a cherished memory.

Then there are the community projects she so enjoys, such as finalizing details for the Nats to renovate and dedicate baseball fields for youth leagues in D.C., Maryland and Virginia. With front office support, she promotes the team among the LGBTQ community, of which she’s a member.

“Such an interesting and progressive industry,” says Philpott, who’s raising two small children with her wife. “It allows you to be very passionate about who you work for and what you do. But it’s demanding, and I’m expected to know at least a little about everything.” 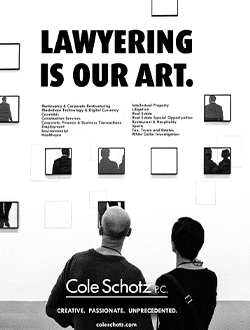 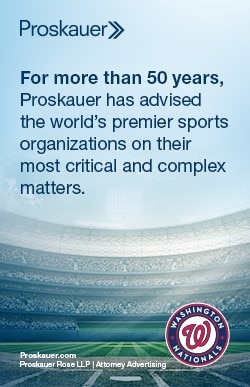