Cutting a fresh trail in the Colorado Mountains

Aspen is one of the world’s most iconic alpine skiing destinations. Situated in the middle of the White River National Forest just outside the city of Aspen, Colorado, the 11,212-foot peak is part of the larger Aspen/Snowmass winter resort complex operated by Aspen Skiing Company that includes Aspen Mountain, Aspen Highlands, family-friendly Buttermilk and the towering Snowmass.

While the name Aspen has become virtually synonymous with high quality skiing, the ski industry is not solely about fast lifts and fresh powder. As Aspen Skiing Company’s general counsel, Rana Dershowitz oversees the company’s legal department, tackling the myriad legal issues that face a business such as Aspen Skiing Company. 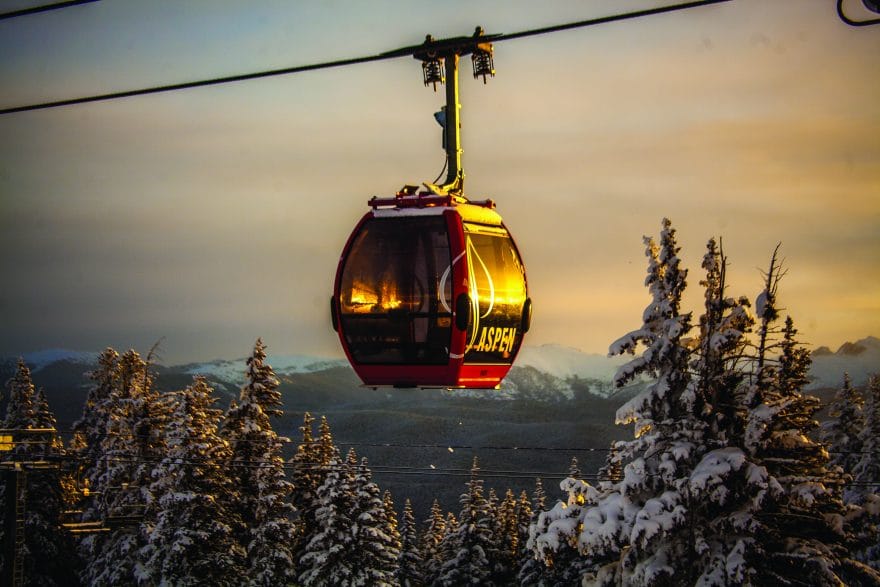 A background in sports and leisure

After graduating Harvard Law School in 1995, Dershowitz spent her first few years as an associate at two New York City law firms before joining the team at Madison Square Garden LP as vice president of legal and business affairs. In this post, Dershowitz got her first exposure to the sports and leisure industry as she tackled legal matters related to several major professional sports franchises including the NBA’s New York Knicks, NHL’s New York Rangers and WNBA’s New York Liberty.

In 2007 Dershowitz moved from New York City to the mountains of Colorado to take on the role of deputy general counsel at the U.S. Olympic Committee (USOC) in Colorado Springs. “When I heard about the job on the Olympic Committee I was fascinated by the idea,” says Dershowitz. “I was a gymnast as a kid, and that was when Mary Lou Retton was America’s darling, so it just had a really special place for me growing up.”

While Dershowitz originally joined the USOC team as deputy general counsel, she quickly rose through the ranks and was named interim general counsel less than one month after her arrival and full general counsel nine months later. In addition to her role as chief general counsel, Dershowitz oversaw the USOC’s legal and government relations departments, a role that saw her actively participating in the Olympic bidding process and acting as the primary business liaison between the USOC and a major independent doping agency.

“I also worked on the development of the USOC headquarters, a public/private partnership that resulted in a new headquarters in Colorado Springs,” she says.

While many imagine the role of general counsel for the USOC to entail three quiet years followed by one year of nonstop action, Dershowitz says this is far from the case. “From a pure legal perspective, things actually quiet down quite a bit as the games approach,” she says.

This doesn’t mean that Dershowitz simply got to sit back and cheer the U.S. to Olympic gold. During her first Olympic Games in Beijing, Dershowitz had to work with the Chinese authorities and the U.S. State Department when a mentally ill person stabbed several spectators, including the parents of a U.S. Olympian. In London, Dershowitz worked to resolve a dispute surrounding the results of the men’s 200-meter sprint and during the Vancouver games she helped determine whether a U.S. athlete arrested at the games should be allowed to compete or be sent home.

“For the large part though, everything has already happened and the legal work is largely in the past,” she says. “During the Games, we were focused as organization on the hosting activities; it’s really between Games when we’re implementing new strategic plans.”

Head for the hills

After more than seven years with the USOC, Dershowitz decided she was ready for a change of pace. “It was intriguing from a legal perspective, but I was ready for a change at that point in my career,” she says. “I liked the idea of getting into the for-profit side of the world and when I heard about the position with Aspen Skiing Company, it seemed like a fantastic way to be exposed to new approaches to business.”

Founded in 1946 by Walter Paepcke, Aspen Skiing Company owns and operates the four ski resorts, as well as multiple restaurants, retail stores and two hotels, with another in the works. While Aspen operates in the same sports and leisure world that Dershowitz has spent her career in, the multifaceted company presents her with a number of new challenges.

“The ski industry is a different industry with very different approaches,” says Dershowitz. During her time at Aspen, she has been called to work on legal issues ranging from real estate development to dealing with the National Forest Service — the owner of the land on which Aspen is based. “Learning about the Forest Service dynamic has been a fascinating opportunity,” she says.

Since her arrival at Aspen, Dershowitz has worked to update the company’s contracting policy — an initiative that’s been very well received by management. “We simplified the policy and made it more realistic to ensure greater compliance. The process continues to date, with new initiatives in the works to provide even more checks and balances without bogging the company down in bureaucracy,” she says.

In addition to her overhaul of the contracting procedure, Dershowitz helped solve a legal dispute with a wireless transmitter provider that was interfering with the company’s ability to provide wireless internet coverage across the resort. She was also instrumental in helping to build a more formalized framework for the Mountain Collective, a consortium of some of the world’s top ski resorts. While Dershowitz does not see driving the business as her job, she is always working to look down the road on which the company is traveling to help manage any risks that might pop up along the way. “It’s about understanding where the business is trying to go and helping the business people chart the most effective path. I see my role as helping to drive the business to where it is efficient and effective with less risk,” she says.

Dershowitz employs an example from her time with Madison Square Garden to demonstrate the value of a general counsel who can think in the long term. When the company wanted to use a puppet as a main feature in the halftime show, Dershowitz stepped in and helped lay out the roadmap for what sort of issues that promotion could lead to. “I asked, if it was successful, would you do it in later games, would you merchandize it? You’ve got to think about the long-term hypotheticals,” she says.

A good general counsel is an invaluable asset to an organization like Aspen Skiing Company, but one that often doesn’t get the credit it deserves until it’s too late. “It’s of huge value, but often that only becomes apparent to people when they get burned because they suddenly understand how things could have been different,” she says.

While Aspen Skiing Company is poised for growth, Dershowitz says the company itself will retain all those aspects that drew her to it in the first place. “We want to grow in a way that maintains our connection to our core values and doesn’t change us as a business,” she says. “The company really takes those values to heart from top to bottom, and as leaders of the company we all recognize how special that is.”

As long as the snow continues to fall, Aspen Skiing Company, with the backing and expertise of general counsel Rana Dershowitz, will remain a top skiing and outdoor recreation destination for thrill seekers worldwide.