On the heels of a veteran GC, a newcomer introduces streamlined tech

When general counsels retire after decades at a family-run, longstanding company, who do they possibly ask to fill their shoes? Attorneys like Joseph Perkins, whose fresh perspective can help modernize a legal department.

In 2015, Perkins was recruited to NIBCO Inc., a global manufacturer of valves, fittings and flow control products, so the company’s former general counsel could retire. Perkins arrived at a legal department steeped in tradition, and he was tasked with rebuilding and modernizing the legal team. 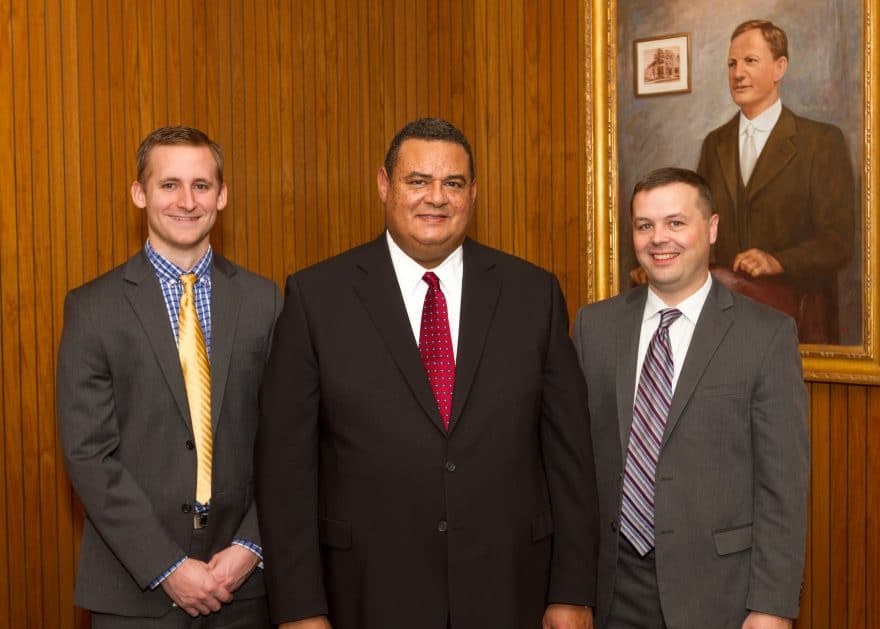 In 1904, Casper Schweitzer founded Northern Indiana Brass Foundry Works in Elkhart, Indiana. More than a century, and four generations of family leadership later, the company exists under a different name, NIBCO, but it is still headquartered in Elkhart, and it’s become a global leader in flow control products.

The company manufactures valves, fittings and flow control products for plumbing, heating, air conditioning, irrigation and hot and cold water systems. NIBCO has eight manufacturing plants in the U.S., a valve plant in Mexico and a plastic pipe and fittings plant in Poland. Its products ship around the world.

In 1924, Schweitzer’s son-in-law, Ross Martin, introduced the idea of employee ownership. That was a revolutionary idea at the time—in many ways it still is—and it continues to be an important part of NIBCO’s culture.

When Perkins arrived, he understood that both the family and the employees were entrusting him with their company and he doesn’t take that lightly.

“It’s a big burden, and it’s a little humbling to step into a role like this,” Perkins says. “… I realize what that means. It is a family company, and they have brought me in to be part of that, so in a way you also become part of the family as their trusted legal advisor.”

Handing over the baton

Perkins and the previous general counsel overlapped for just 30 days, and Perkins soaked up as much of his knowledge as possible.

“One of the things I wanted to do was be respectful of him, because he really did do a fantastic job as general counsel here, but still introduce technology and process improvements that I knew could help streamline our legal practice,” Perkins says.

Perkins was well prepared to take over, though. When he left Cummins to join NIBCO, Perkins was deputy general counsel for the Americas and legal quality champion. He was familiar with the manufacturing industry’s legal issues and how manufacturing companies run, sell and distribute products and manage supply chains.

“As legal quality champion at Cummins, I was responsible for driving continuous improvement to law department processes across the globe, in order to ensure the delivery of world class legal services,” Perkins says.

Perkins also had important international experience. At Cummins, he helped organize the U.S.-Brazil CEO Forum, which worked to improve bilateral trade between the U.S. and Brazil.

When NIBCO’s former general counsel announced his plans to retire, NIBCO’s two other attorneys decided to try different things and they left, too. Perkin’s first task was recruiting. “It was a little scary but also exciting,” he says “I had to find lawyers who were willing to go on this process improvement journey with me.”

The two attorneys who joined the team had strong litigation experience. Both came from law firms, and both shared Perkins’ vision for modernizing the legal department and making it an integral part of the business.

“The great thing is all three of us came into the department with no preconceived notions of this is how we’ve always done things here,” Perkins says. “[We’ve] been able to start with a clean slate and bring fresh ideas into the department.”

“The response I hear all the time is, ‘We can’t believe how fast the legal team is turning these contracts around,’” Perkins says. “And that’s what we want to do; we want the legal function to be supportive of the business in real time.”

NIBCO also purchased software to manage its outside counsel billing.

“My team saw we could make our lives more efficient as lawyers if we stopped handling large stacks of paper invoices from our outside law firms,” Perkins says.

The outside counsel billing software helped NIBCO get its legal fees in check. Perkins and his team created outside counsel billing guidelines, and in combination with the new technology, helped to reduce NIBCO’s legal invoicing by tens of thousands of dollars in 2016. And the changes allow Perkins to prepare accurate forecasts of future spending needs, which NIBCO’s CEO and board of directors appreciate. “It is critically important for a general counsel to give the business visibility of the projected legal spend,” Perkins says.

Cutting costs hasn’t meant cutting quality. “We’ve worked pretty hard to develop strong relationships with our law firms, and because of that, the firms have supported us with very talented lawyers,” Perkins says.

Keeping an eye on the horizon

After two years and a few notable successes, Perkins is looking to what’s next.

One emerging trend has caught his eye. That is, how select companies are opting for alternative fee arrangements, as opposed to the billable hour model, when engaging outside counsel. “If we can be out in front of that, I’d love it,” he says. “So if law firms start to think about that as well, then hopefully we’re doing the industry a favor.”

While NIBCO is proud to be an American manufacturer, it sells its products around the world, meaning import and export regulations are a heavy focus for Perkins and his team. He is proud of the work he did to support trade through the U.S.-Brazil CEO Forum and says if he has an opportunity to do that type of work again, he would do it, as long as it aligns with NIBCO’s objectives.

For some future attorney, Perkins will leave even bigger shoes to fill.