Getting your name in lights means a lot—just ask Robert Lavet.

While SoFi CEO and former NFL Chief Financial Officer Anthony Noto came up with the idea, Lavet and outside counsel worked on the $625 million deal to name SoFi Stadium, including negotiating signage and exclusivity agreements for advertising banking services. 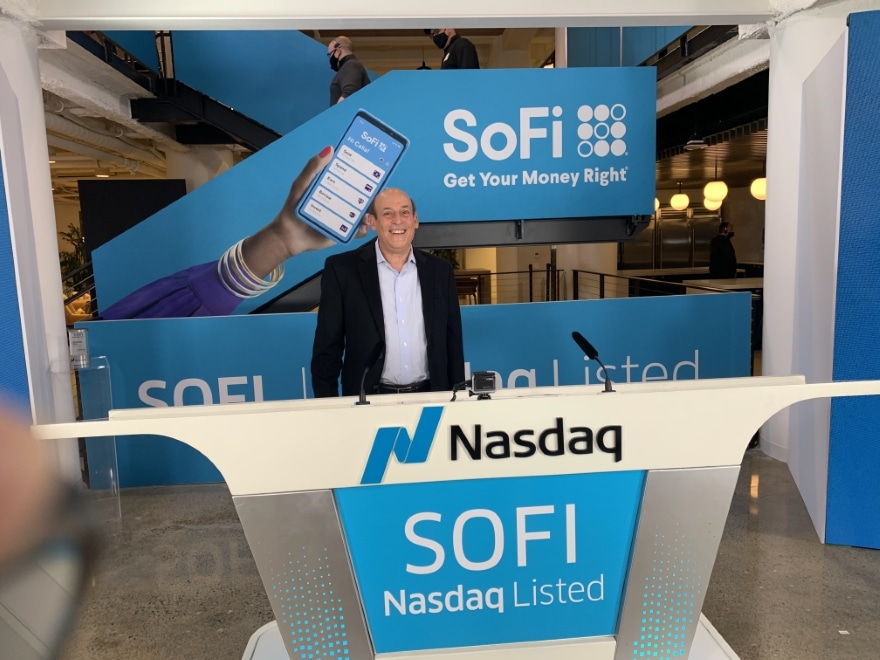 SoFi Stadium is home to two NFL teams and hosted the NFC Championship and Super Bowl in early 2022. SoFi didn’t advertise during the Super Bowl, but after repeated mentions and visuals of the stadium, the company was the query of more online searches than any advertisers after the game, Lavet says.

The naming rights deal was a first for Lavet. But it’s far from the only challenge he’s faced at SoFi since joining the company in September 2012.

“This has been the most complex and challenging role of my career,” Lavet says. “We iterate quickly and we’ve launched a mortgage business, credit card, in-school financing, automated and self-directed stock investing with margin trading and we have options trading and other product launches coming.”

SoFi, which is short for Social Finance Inc., was founded by Stanford University business school students in August 2011. In May 2012, it became the first company to offer refinancing for federal and private student loans.

In October 2014, SoFi began offering mortgages and then personal loans a year later. In 2015, SoFi also received $1 billion in new investment in a funding round. In January 2019, SoFi Invest was launched. 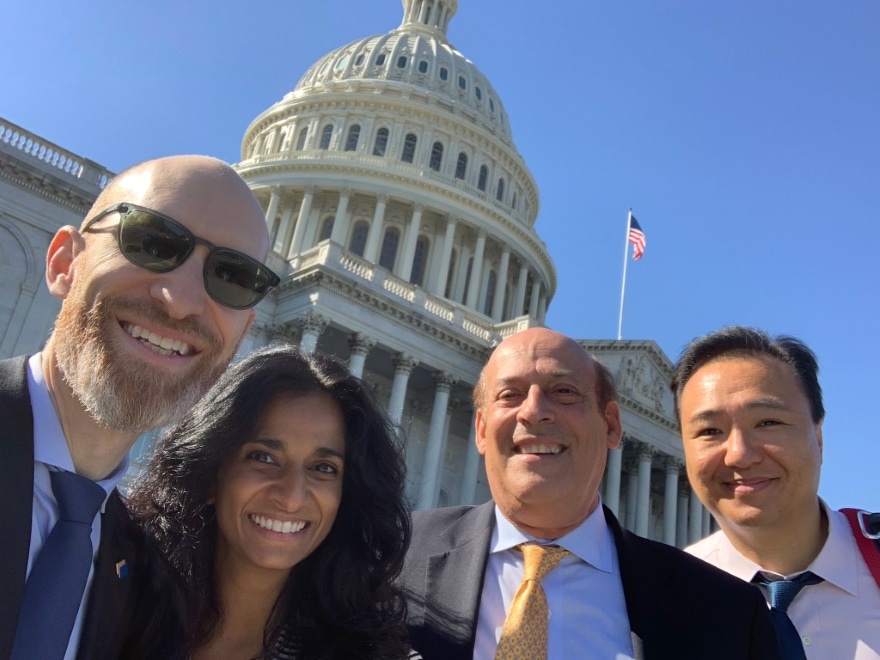 SoFi currently has more than 4.5 million members and has made more than $73 billion in loans. Its refinancing has enabled borrowers to pay off more than $34 billion in student loan debt.

While Lavet has long provided support for almost all SoFi’s services, he says the last two years have been especially busy as the company has gone from private to public by merging with an existing special-purpose acquisition company in a “de-SPAC” process.

To prepare for the de-SPAC and initial public offering, Lavet worked with outside counsel from Wachtell, Lipton, Rosen & Katz and Goodwin and Proctor. They gathered and provided financial information and details about SoFi needed for U.S. Securities and Exchange Commission filings. They also created the corporate governance structure the new public company would need, as well as the prospectus for investors. SoFi went public on June 1, 2021.

The de-SPAC process was complicated, but Lavet says helping SoFi become a national bank was an even greater challenge. It required applying to the Office of the Comptroller of the Currency for a national bank charter and approval from the Federal Reserve and the OCC for the acquisition of Golden Pacific Bancorp Inc.

Lavet says he, Noto and the other management team members needed to show federal regulators what would become SoFi Bank had strong enterprise risk management and compliance policies (including anti-money laundering) and procedures in place, as well as the capital needed to operate a bank. 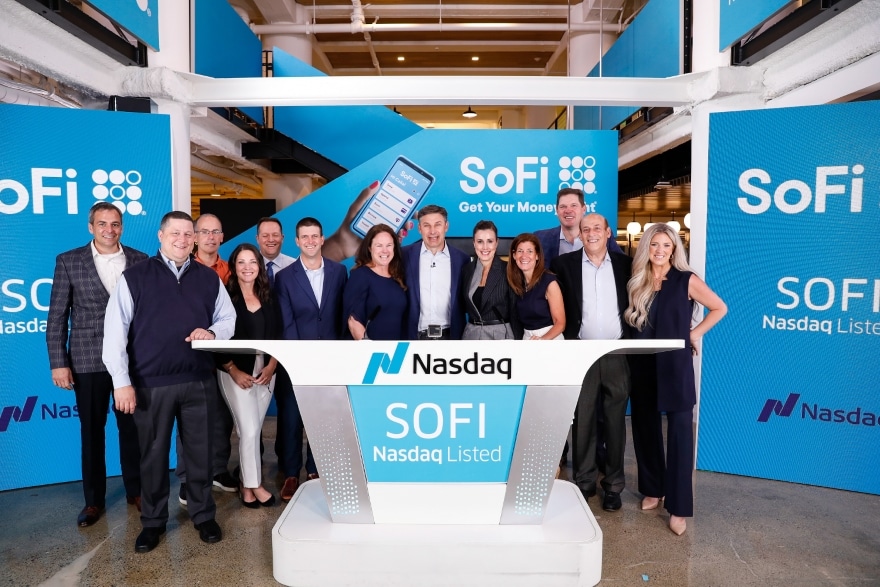 SoFi’s applications for a charter to become a bank holding company were approved by the Fed and OCC in January 2022 and SoFi Bank opened on Feb. 1. About three weeks later, SoFi completed its $1.1 billion acquisition of Technisys, an Argentina-based cloud banking platform.

When combined with SoFi’s 2020 acquisition of payment processing platform Galileo for $1.2 billion, Lavet says SoFi can build the technology so its customers can access the fintech industry’s full suite of offerings.  SoFi can also innovate its own products, including checking, savings, deposits, lending and credit cards.

With SoFi being traded publicly, its digital banking operations in place and the company name in lights, Lavet still has to look out for what comes next.

“In-house work has the benefit of being much closer to the business. You’re a problem solver,” he says. “As an outside lawyer, you come in for a specific matter and the company may not need to see you again.”

Lavet speaks from experience in both areas. The Philadelphia native began his career in private practice with the Washington D.C. law firm of Howrey & Simon in 1979 after earning his J.D. from Georgetown University Law Center. In 1982, Lavet joined the Department of Justice as a trial attorney in its Civil Division. 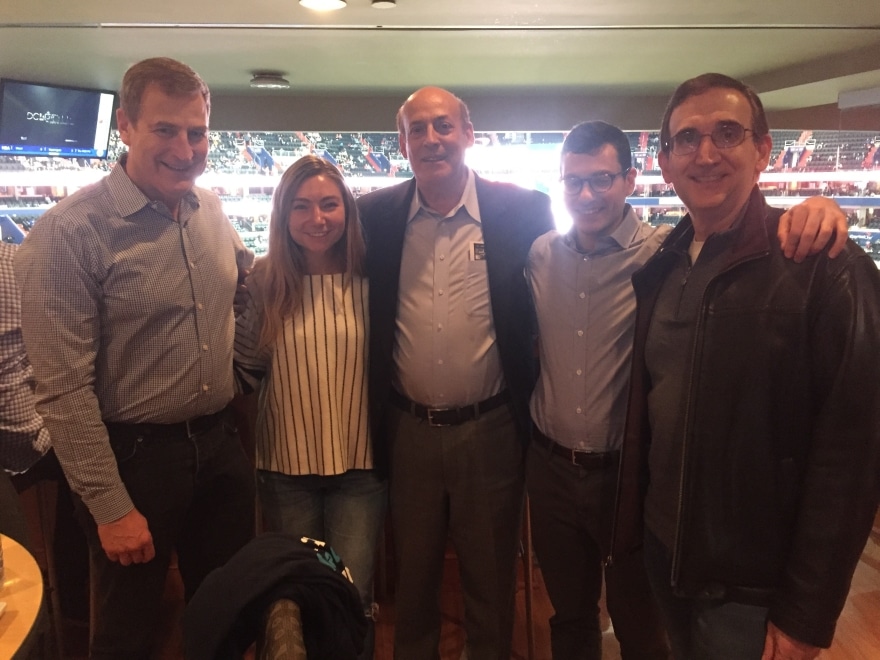 “That was phenomenal. You got handed a pile of cases and you just go to it,” he recalls.

Lavet says joining SoFi in 2012 as its 33rd employee was something he couldn’t pass up.

“It was very compelling,” he says. “I was given a chance to work for a venture-backed company for the first time and play a part in building the business from the ground up. We like to get our hands dirty—to dive right in. That’s led to tremendous growth and success for us.” 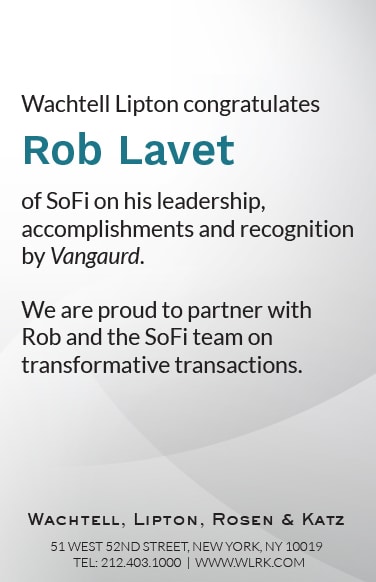