Ensuring that healthcare’s payers pay up

They’re in it for the long haul, knowing full well this will be a slow and likely frustrating process with claims, counterclaims and then some. But it’s this principled approach as well as sound business practice, the general counsel of Pantheon Global Holdings emphasizes during a lively interview with Vanguard this past September. 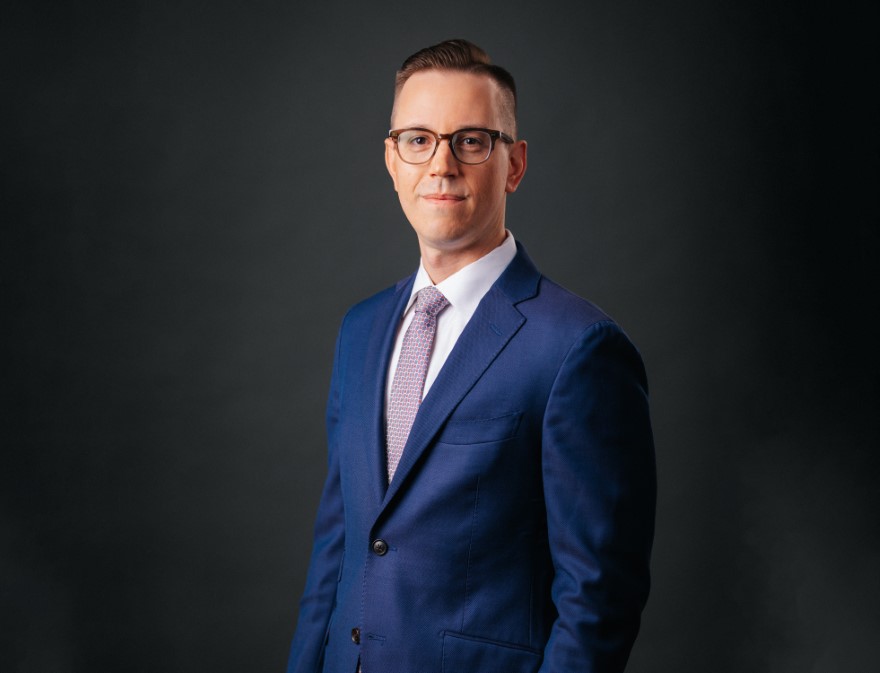 A precedent is at stake, not to mention the wallets and pocketbooks of a lot of people, says Tyler Grim, who oversees the legal matters of one of the nation’s largest out-of-network healthcare billing companies. For too long, he says, large insurers have underpaid or not paid claims for patients who choose to use their out-of-network benefits.

As far as Grim is concerned, one of the largest insurance companies is  reneging on obligations to more than 500 Arizonans whose medical claims for procedures performed at outpatient treatment centers have gone unpaid. Grim, with the help of Daron Tooch and Vinay Kohli at King & Spalding, sued the carrier last year for, among other things, violations of the Employee Retirement Income Security Act (ERISA).

Because these claims are governed by ERISA, Pantheon Global first pursued the patients’ administrative remedies before the suit to avoid disputes as to whether it was ripe for litigation. As such, this litigation was years in the making. The dispute is still in the early stages and given the litigation tactics often used by heavyweight carriers, Grim and his team don’t anticipate a quick resolution.

Nevertheless, he says the action is necessary and overdue.

“We’re one of the first to embark on litigation of that size against such a player,” Grim says from Pantheon Global’s offices in Phoenix. “It’s rare for a company like us to bring a case of this magnitude. Few companies have the financial resources or stomach for such a battle. We do.”

It’s a specific industry where Pantheon Global operates, he says of the out-of-network world that represents approximately 2 to 3 percent of the healthcare marketplace. But substantial sums are still at stake, given the big money involved in any aspect of health care.

“Insurance carriers are supposed to have internal fee schedules but what’s been proven time and time again is they’re wholly incapable of adjudicating out-of-network claims in a consistent manner,” Grim says. 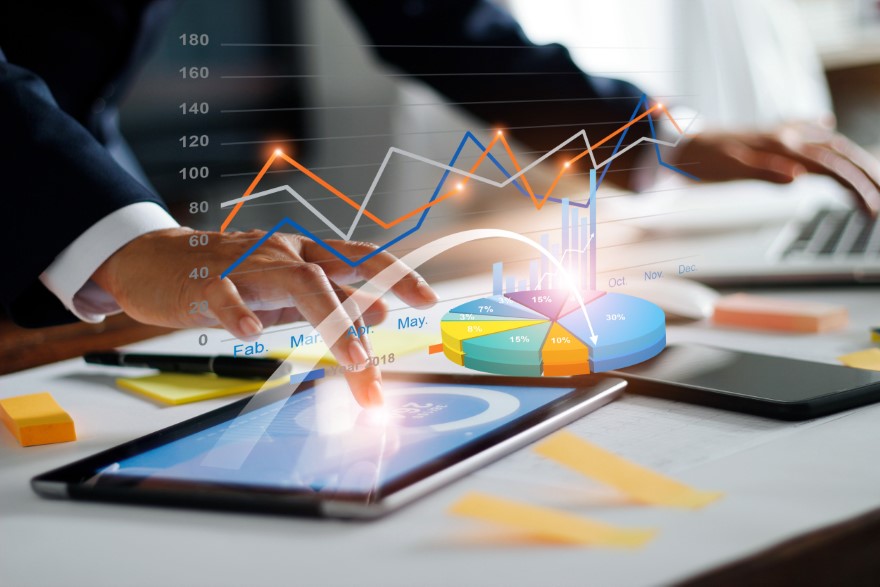 “The balance of power is heavily tilted in favor of the payer. What my company and I’m in charge of is formulating ways to combat the tactics utilized by insurance payers to delay, underpay or not pay what they owe. We advocate for the patients and hold the carriers accountable to pay claims in accordance with both the plan documents and federal and state law.”

And he advocates for those who treat the patients. So often, physicians, clinics, urgent care centers and hospitals go uncompensated for services rendered. While Grim often commences the process with a polite demand letter, he has authority to use other means—reactive or proactive—against the insurers. This particular case includes some of both, Grim feeling he had no other option, and how a positive ruling or settlement will send a message to the rest of the insurance industry.

Well-versed in healthcare law and a veteran in-house counsel at the age of 38, he says he’s glad to take that bully pulpit.

An Arizona State University College of Law grad, Class of 2010, Grim represented Pantheon Global as an associate with Phoenix-based law firm Thorpe Shwer, when he was informed that this family-owned business needed an associate general counsel in 2018. Eager to go in-house and be a full partner in the company’s business and legal plan, he joined the team that July. Seven months later his letterhead changed to senior corporate counsel and became general counsel this past June.

“You have to be a Swiss Army knife in this position,” he says. “There’s such a variety of complex issues to deal with: intellectual properties, editing and negotiating contracts, labor and employment issues, transactional work, and, of course, the constant development of compliance protocol and regulatory oversight.” 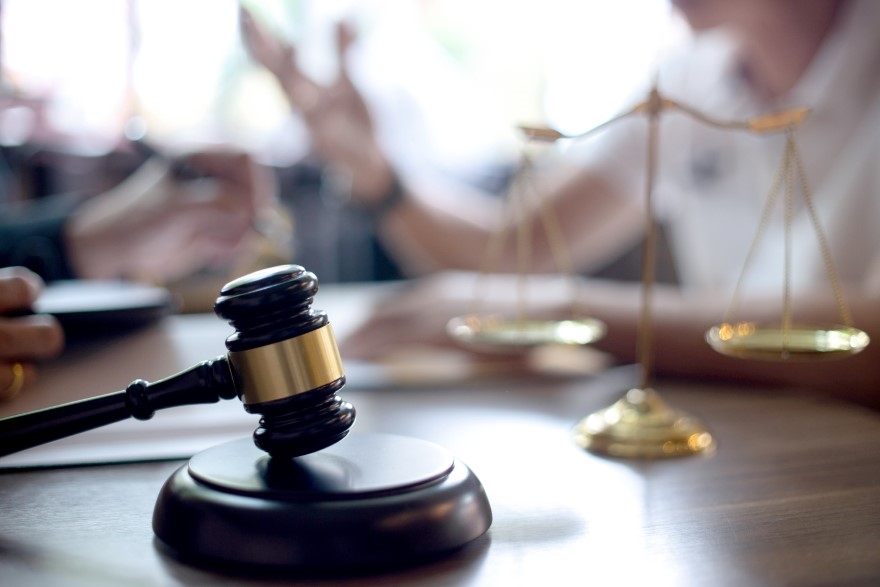 The commercial and transactional duties have eased recently with the addition of Ami Zaveri as senior counsel. A 2012 New England School of Law grad, she’s built a formidable resume in just a few years, and Grim is counting on her to allow him more time to concentrate on helping the owners push the existing business lines forward and develop new offerings in a heavily regulated industry.

Which entails most everything, Grim explaining that practically every Pantheon Global process is regulated by federal rules as well as those in the 21 states where the firm is active.

Then there has been COVID-19’s two-pronged challenge. Like many other companies, Pantheon Global had to mobilize its resources to get nearly 300 employees set up to work remotely in a short period of time. While the transition was hectic at times, it’s proven to be a success as productivity remained steady across the board. The pandemic also put a stop to elective medical procedures for three months, thus damming a vital revenue stream. Pain management is much in demand in this part of the Southwest with its many retirees, Grim explains, and with so many practices put on hold, Pantheon Global and providers felt the effects.

Some sense of normalcy is returning, he is glad to say, and he’s where he wants to be. He’s also had an interesting and unconventional legal life, graduating law school during the Great Recession, a time when bartenders were in more demand than lawyers.

So the honors grad served drinks for a time that he says wasn’t wasted. Grim and a soccer pal founded Hulke Consulting Group which aided distressed companies, of which there were many during that era. Come 2014 he was able to parlay that experience into a three-year stretch with Schian Walker, a Phoenix-based bankruptcy firm. Then came a year with Thorpe Shwer, which brought him in contact with Pantheon Global.

A good fit it’s been.

“I have an outsized role in the business because everything we touch is grounded in federal and/or state regulations,” Grim says. “Here, I’m able to do more than I’d be able to do at a large international company. I’m part of a team moving the ball to get to the end point that is constantly changing. A lot of attorneys who do in-house work are viewed by the company as stop signs. Here, we are business partners who help guide the company to the finish.” 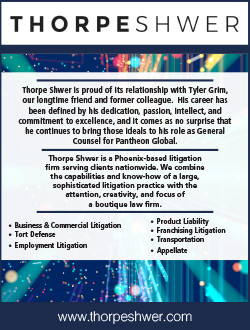 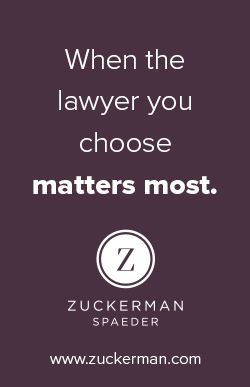