As much as Albert Harnois Jr. likes to seek knowledge, he also appreciates uncertainty and the opportunities it offers. He credits his ability to adapt with helping him advance in his career, whether in the field of engineering, technology or law. Or in all three at once as his current role entails.

“I’ve always been interested in being a bigger contributor and offering something more meaningful,” he says. “Being at Marvell Technology has worked out very well for me because it’s been evolving so much over the past few years.” 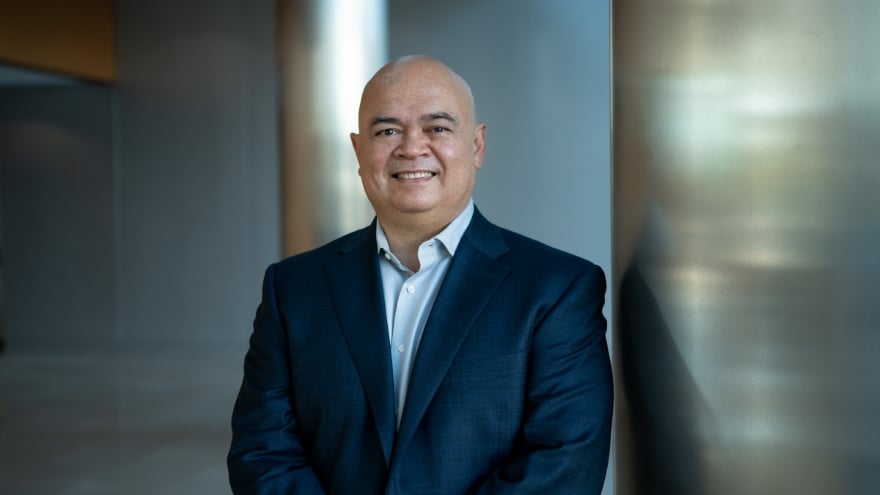 As assistant general counsel for the semiconductor and data infrastructure technology company, Harnois is often put in “situations that are multidisciplinary,” which requires him to be agile. He does the duties expected of someone in a legal role, including managing risk, advising on legal and business matters and working on mergers and acquisitions. He also helps create and assemble infrastructure to improve communication and explores where machine learning and artificial intelligence can enhance operations.

“I like to do new things and be in situations of first instance,” he says. “I don’t do this work just because it’s my job, but because I’m passionate about exploring the unknown and contributing in new and creative ways.”

A large part of Harnois’s position is managing information, which he says has become more important as the company scales because it helps assess and mitigate risk.

He’s developed systems to ensure information is organized as it’s collected, and that unnecessary information is deleted. He says it helps to look at processes as a whole and then apply hierarchies of organizing information.

“It’s key, especially in the age of information that we’re in where it’s easy to be overwhelmed by information, to manage information effectively,” Harnois says. “You have to think about how you arrange the sources of information coming at you so that you’re paying attention to the most salient parts.” 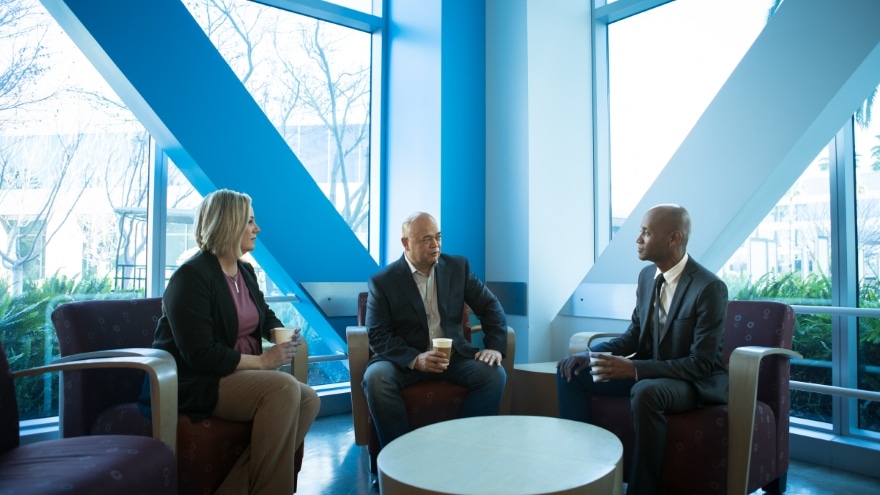 Looking ahead, Harnois plans to manage information by applying machine learning and artificial intelligence. For example, he says it’s inefficient for information coming in through email to all be in one channel and that machine learning can be applied to sort messages automatically by subject or priority level.

“I’m excited about the application of machine learning and AI to everyday processes,” he says. “There’s a lot of inefficiency in our systems, but we’re still at a rudimentary stage of applying these technologies to our processes.”

While creating more efficiency will further the natural growth Marvell Technology is experiencing, Harnois has also worked on several mergers and acquisitions for the company, which he says requires establishing business units, processes and relationships with the integrated companies.

Harnois came to Marvell in 2018 through the acquisition of Cavium, a semiconductor company, and says he enjoys contributing to a company that continues to provide broader solutions for its customers and potential customers.

He also enjoys collaborating with outside counsel, with Karineh Khachatourian of Rimon Law being a trusted partner on litigation and intellectual property matters. 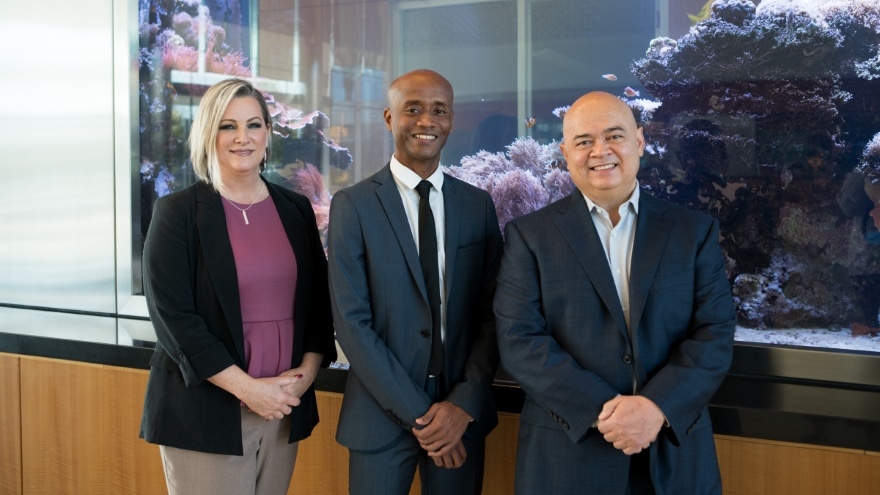 “Albert Harnois and the Marvell team empower and inspire us to push ourselves to work with them in new, exciting and bold ways to help drive unique progress in the industry and jointly achieve tremendous success for the business,” Khachatourian says.

In addition to providing legal counseling for mergers and acquisitions, litigation, contracts, and intellectual property, Harnois also provides financial and engineering insights and advice. In addition to a bachelor’s degree in accounting and an associate degree in mathematics, he has a J.D. from Loyola Law School (Los Angeles) and three master’s degrees: one in computer science, one in electrical engineering and one in intellectual property law.

While his education has proven useful, Harnois says his inquisitive mindset and ability to embrace change are more illustrative of who he is.

“I’m more defined by how I look at the world and how I behave in the world,” he says. “I’m more than my degrees or accomplishments.”

Much of Harnois’s perspective on work and life has been influenced by the author Nassim Nicholas Taleb, whose writing focuses on uncertainty and probability. Taleb’s concept of “anti-fragility” is of particular interest to Harnois.

“Anti-fragility” refers to not only being able to withstand a crisis or challenge, but to improve because of it. Harnois employs this mindset in his work, he says, which has helped him embrace change and grow in his career.

“Many people become stuck in the status quo because it’s comfortable,” he says. “Things are very chaotic right now, so we need to get comfortable with the uncomfortable.” 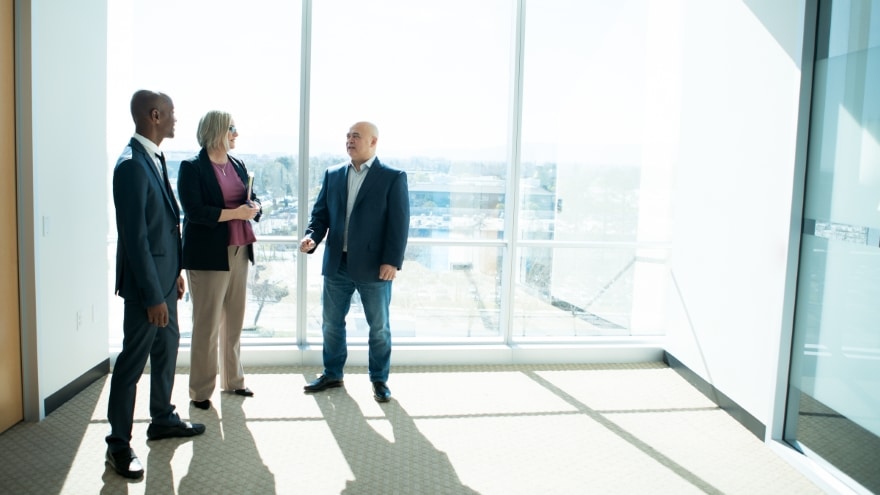 Growing up in the space age and watching NASA go to the moon for the first time, he became “interested in computer science as a way of actualizing human potential.” This led to a position as a senior systems engineer at Hughes Aircraft Company, which is now owned by the weapons and military electronics manufacturer, Raytheon.

At Hughes, Harnois developed hardware and software, weapons tactics trainer flight simulators. His role involved working with attorneys to develop contracts, which inspired him to go to law school. He then discovered intellectual property and patent law, which led to the realization that he could create a career as a lawyer in the engineering and technology industries.

“I’ve been able to carve out a niche for myself that allows me to bring together all my passions and interests,” Harnois says. “I appreciate that Marvell has seen the value in this perspective and has encouraged me to utilize it here.” 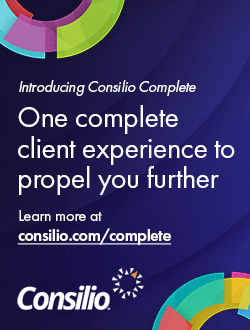 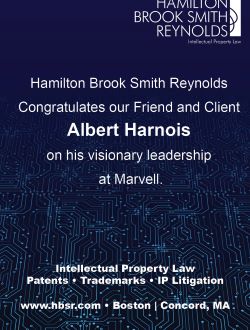 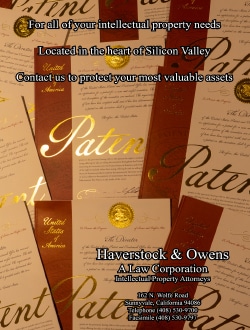 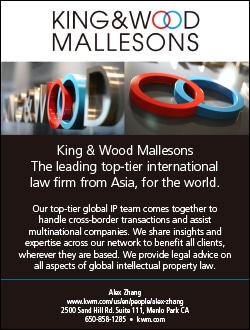 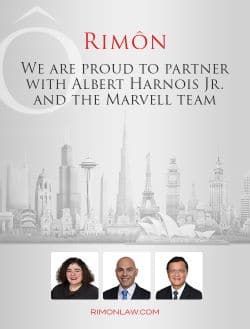