With a territory covering two continents and more than a dozen countries, Patricia Diniz’s workload may seem never ending and its pace frequently frantic. Yet as JDA Software Inc.’s regional senior counsel for Latin America, Diniz not only welcomes the demands and ever-changing priorities—she welcomes them as a sign the tech industry is becoming more open to women in leadership roles.

“I think my skills are better offered and used by a technology company,” Diniz say. “I am resilient. I like things changing and a dynamic way of doing business in technology.” 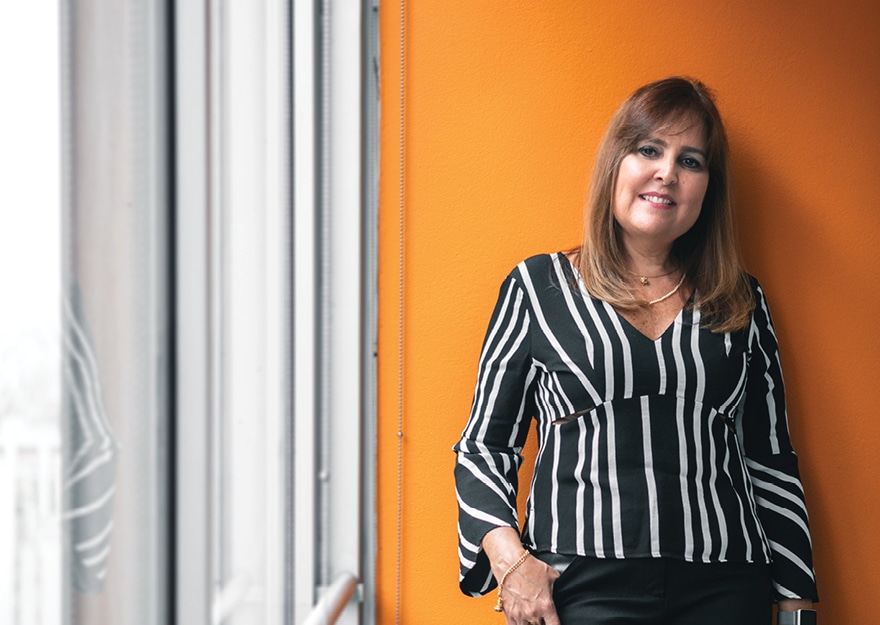 Her gender lends itself to leadership in technology in general, she adds.

“In technology, you have to be fast and look over many things at the same time and be organized. Women have this capacity; we can be open-minded and oversee many things,” Diniz explains.

If you’ve ever wondered how and why things are arranged on shelves in a store, and why one product may catch your eye more than another, the answer is likely found in what JDA does.

As a global technology company offering platforms and services for supply chain companies, JDA offers software to help retailers determine what kind of inventory to order and when, how to display items to maximize profits, and how to create floor plans to optimize the use of space. This is no small niche; customers include Mitsubishi, Sephora and LL Bean.

Diniz leads the legal team in a region stretching from Mexico through all of South America. JDA is headquartered in Scottsdale, Arizona; its Latin American operations are in Monterrey, Mexico; Mexico City; São Paulo; and Santiago, Chile.

Between liability and tax matters, contracts, vendor agreements and litigation, Diniz and her team keep their plates full, and she says changes in labor laws and enforcement in Mexico are the most recent compliance questions requiring attention. 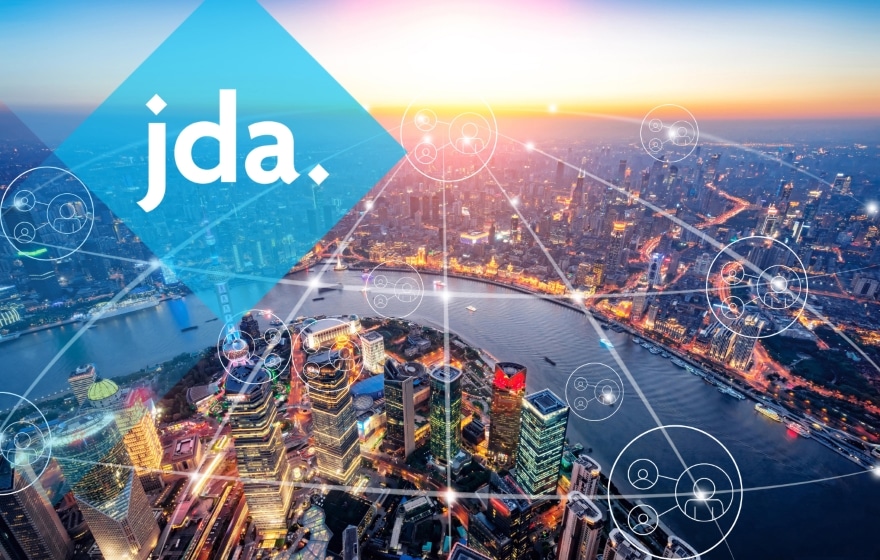 “This is the most important change we are going to have in the labor field in Mexico, according to the local lawyers,” Diniz says. “It will take two years or more because there is so much structure.”

The structural part shifts the enforcement of labor laws, including new paid time off provisions, from civil administration to the courts, she adds. So not only does she need to be certain JDA employment policies meet Mexican and corporate guidelines, her team will also have a new venue to respond to any complaints that may arise.

Being Latin American has made a crucial difference in how she can relate to the rest of the department and outside counsel—and its more than just linguistic—she says, although speaking her native Portuguese, as well as Spanish and English affords a greater level of communication than had been the case when JDA relied on U.S.-based attorneys to work on Latin American legal matters. 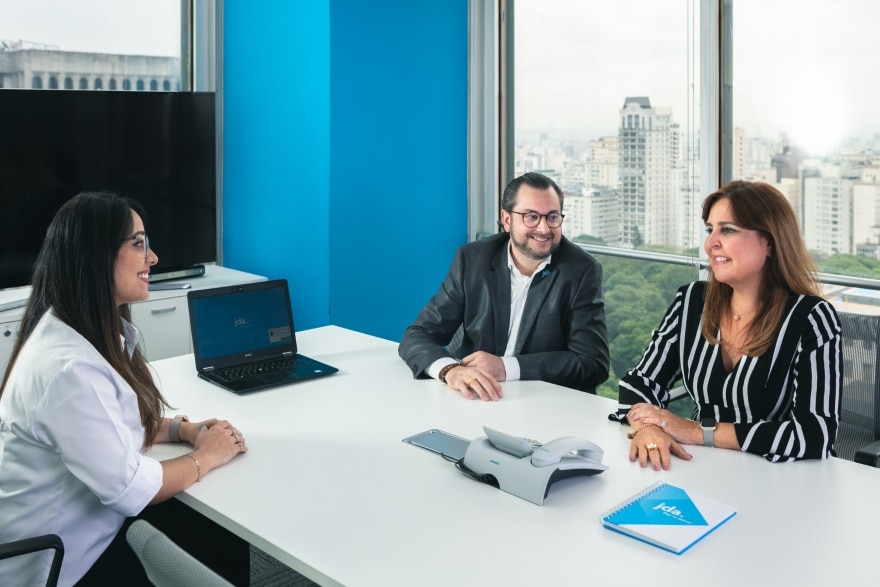 “If you are not from a country in Latin America, it is very difficult to understand our way of negotiating since it is very different from the way of doing business in North America,” Diniz says. “A pragmatic approach can seem cold.”

Throughout Latin America, Diniz says the legal structure is more complex than in the U.S., including tax and compliance matters that require proactively documenting that a company is in compliance.

“We have laws for everything. We need clauses in contracts that might not be required in the U.S.,” Diniz explains. “Even if you don’t have any tax issues, you have to have a document saying there are no tax issues.”

Reviewing and approving sales agreements and consulting contracts take up a great deal of her time, particularly as each quarter draws to a close.

“At the quarter’s end, I may be talking with attorneys in Colombia, Mexico and then the U.S. by the end of the day,” Diniz says. “Sometimes I speak so much English and Spanish during the day, when I get home I don’t want to talk at all.”

Nevertheless, it’s her ability to speak out that prompted her to become a lawyer. Born in Brazil, she wanted to become an English teacher, but a friend convinced her to study law because of her love for interacting with people, reading and her ability to advocate for others.

“I like it a lot because the law opens up many opportunities—growth of knowledge and knowledge of diverse cultures,” she says. She earned her law degree from the Faculdades Metropolitanas Unidas in 1991 and has continued to add degrees and certifications throughout her career. 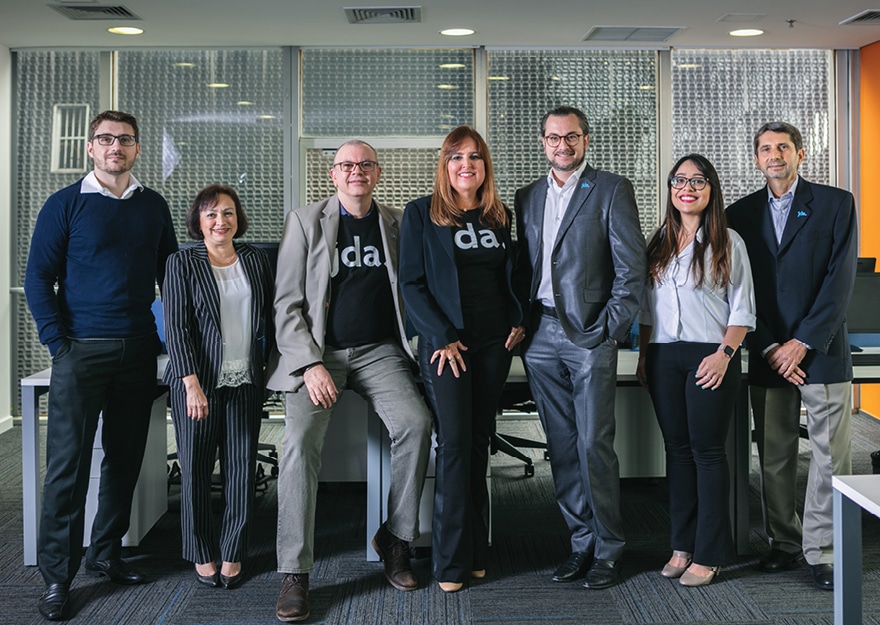 Just as she was urged by a friend to pursue a legal career, Diniz urged the same of her son, a recent law school graduate.

“He was trying many things, and he likes to convince you of his ideas and has this ability to talk about everything,” Diniz says. “He has the skills, so I said to him ‘let’s try law school.’”

Her career demands are extensive, but Diniz has plenty of ways to destress and reenergize she says. Her favorite is time at the beach, so she keeps an apartment 90 minutes outside São Paulo on the coast and visits when she can. At home, she also enjoys movies, with action flicks Stephen King’s horror stories and especially films from Spanish director Pedro Almodovar her favorites.

To help keep her life balanced, Diniz also practices yoga and meditation, but the acceptance, encouragement and pace of her work at JDA have helped her thrive where she had felt her opportunities limited in prior jobs.

“I feel proud to be able to support business in the region, to make negotiations possible, and support them with legal certainty so that business is carried out,” Diniz says. “I am also happy with the trust that all the people in the company have placed in the region.” 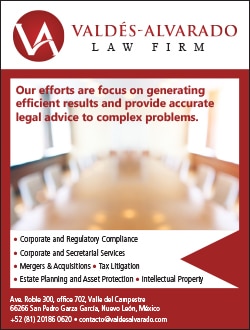