Seeing an end to a holding pattern

It’s among the most moving of targets, literally and figuratively. The fledgling drone security industry in which an Australia-headquartered company known as DroneShield has been at the forefront—trying to keep the skies safe from carelessly operated or ill-intentioned unmanned aircraft.

That’s given rise to a host of legal matters that, for the foreseeable future, might keep the industry somewhat grounded, as technology outpaces the ability of regulatory bodies worldwide to assess what’s at stake. 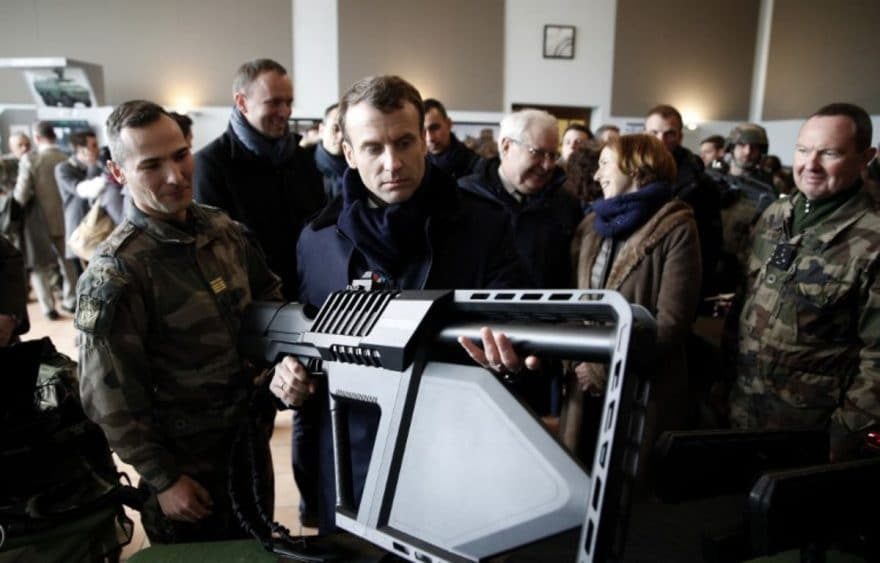 In his North American office near Washington, D.C., DroneShield’s 34-year-old general counsel, Albert Newell, figures that in due time the reins on his employer will be loosened in the United States, as they have been elsewhere. For the need for this technology seems to be growing exponentially—here and elsewhere.

However, the State Department and Department of Commerce must rule on what technology can be sold to which country and customer. And here at home, the Federal Communications Commission does not allow deployment of jammers to stop drones, which are radiofrequency controlled. Then there’s the Federal Aviation Administration, which has final say as to where anything airborne may venture, and any interference with aircraft—which drones are deemed to be.

And that’s just in the United States.

“Now take those three regulatory bodies and replicate them around the world,” muses Newell. “All the countries we deal with have replicas of our agencies. Some might be more relaxed, others more on the stern side. As you may guess, compliance is a big challenge.”

Adding to that challenge is the changing nature of the technology itself.

“A year from now, many of our products could be in next-generation versions,” he says. “That’s how fast this technology is evolving.”

As of this year, however, DroneShield’s products have been very much cutting edge and likely to stay that way, Newell advising there are research and development teams in Australia and the U.S. working to better the odds that the company’s next offerings will meet even greater needs for national security and law enforcement. 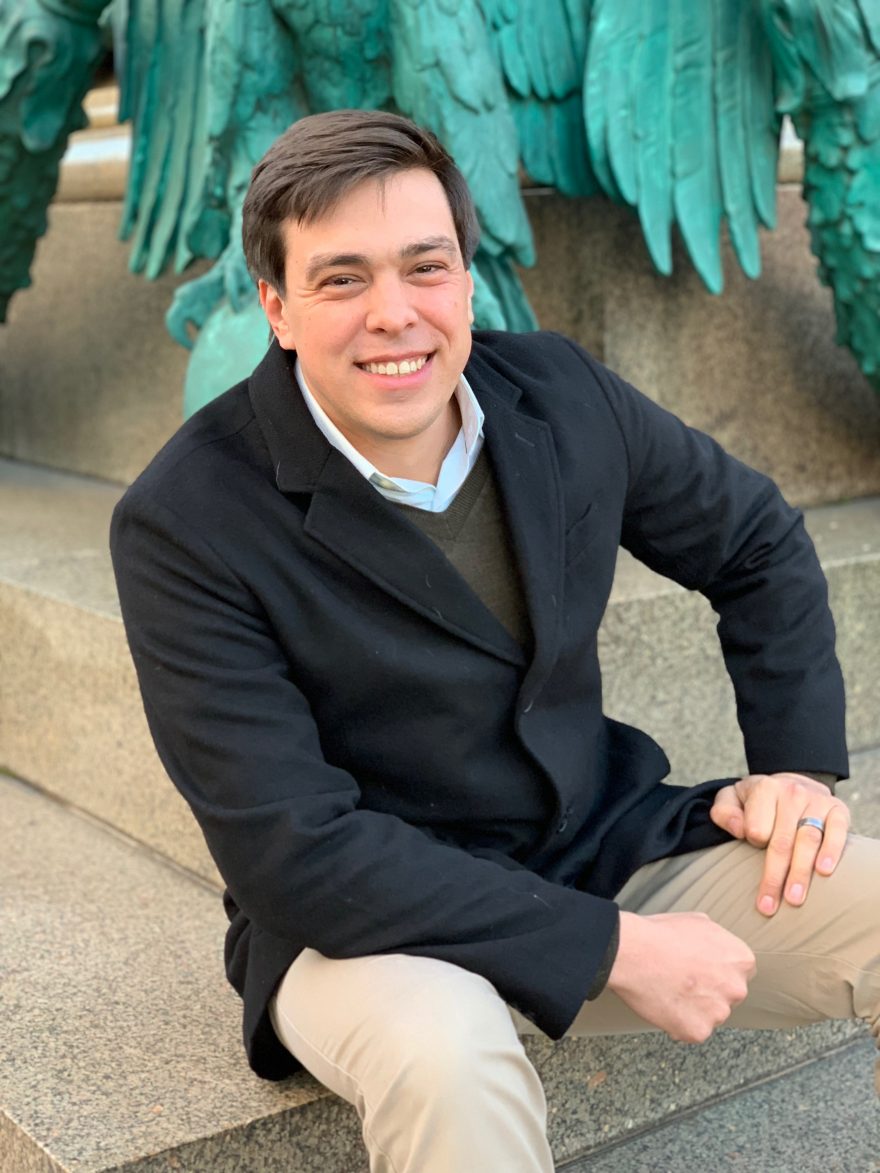 And land more compliance matters on Newell’s desk, for which he may need a team to ensure DroneShield isn’t remiss on the rules and regulations of any of the 60 countries where it does business.

Having become the company’s only in-house lawyer last February, Newell is quick to laud the outside counsels who lighten his load. They can share the credit for the U.S. government approving DroneShield’s biggest international deal yet this past September.

By defense industry standards, it sounds modest enough, a $3.2 million order for 70 DroneGun Tactical signal-jammers to an unnamed Middle Eastern ministry of defense. But, again, the drone security industry is young—DroneShield itself having been around less than five years. As of this past autumn, that deal was recognized as the largest known order for tactical drone mitigation products globally, according to Newell.

It’ll probably be surpassed soon, he predicts, as startups everywhere are vying for a piece of the expanding drone-security dollar. But DroneShield, with bases in Australia and the United States, knows the international ropes as well or better than any competitor and would seem to hold the inside track.

“Third World countries—such as South and Central America—tend to have more relaxed rules that give us the liberty to promote our products there,” Newell says from his office in Washington, D.C. “In the European Union, it can be trickier—there are some broad import-export laws across the EU, but the individual countries still have their own laws.”

And in the United States? As Newell explains, there’s been something of a holding pattern, though one he anticipates will ease up.

Industry in a jam

Other than shooting down an ill-intentioned or wayward drone, the only effective way of neutralizing such aircraft is to force its landing by jamming its signals, and both of those rights are exclusively held by the federal government—and even then, are subject to further strict regulation.

DroneGun Tactical, which employs both tactics, may already be enhancing the security of the unnamed Middle Eastern country, amongst others around the world—but it’s not authorized by the FCC, putting it off limits in the United States. 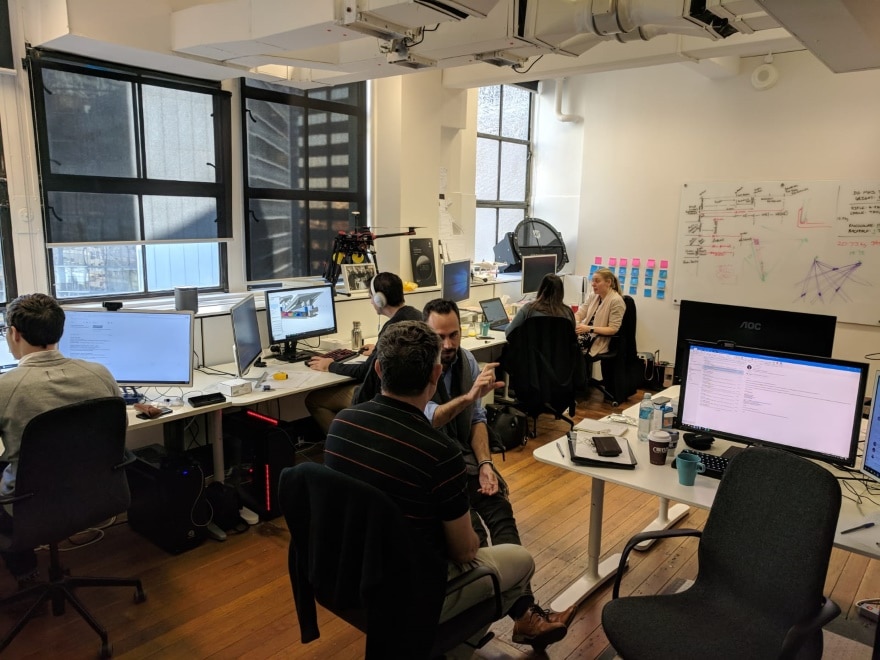 DroneShield team at work in their Sydney office

There’s also the DroneCannon, a fixed-site based jamming solution that can force multiple drones into a fail-safe mode where they will either slowly descend or hover. It too can only be bought or used by the federal government and, again, is subject to further restrictions.

DroneShield has more leeway with its detection devices that don’t have mitigation capacities. Such technology has been used to counter air-dropped contraband from landing within prison walls, to police the borders against drug smugglers and illegal immigration rings, and to monitor security at theme parks, college campuses, office complexes and airports.

DroneShield has deployed its detection sensors, which are not subject to the FCC rules, at a number of events in the U.S., including the Hawaii IRONMAN World Championship, and several Boston Marathons, where security has been tightened exponentially since the 2013 terrorist bombings at the finish line.

“We have the only effective tools to take down a drone, other than to shoot it down,” Newell says.

But DroneShield won’t take liberties on the compliance front, he emphasizes. And he knows something about compliance.

For prior to DroneShield, Newell worked for three years at DXC Technology as the global compliance lead, overseeing the anti-bribery, global trade and HIPAA compliance programs, as well as being a full partner to the business end of the multinational IT services company.

Before DXC he was a compliance officer for a couple of years at defense contractor BAE Systems. It was then when he began his legal education, taking night courses at Catholic University of America’s Columbus School of Law, earning his degree in 2016, passing the Virginia bar three weeks after his son was born and winding up just where he’s comfortable.

“Here I’m able to do more than just legal work,” he says. “I’m involved in the technological and the business operations to a detail that most general counsels don’t get to do.”

And in a very exciting industry, one where the sky may be the limit. 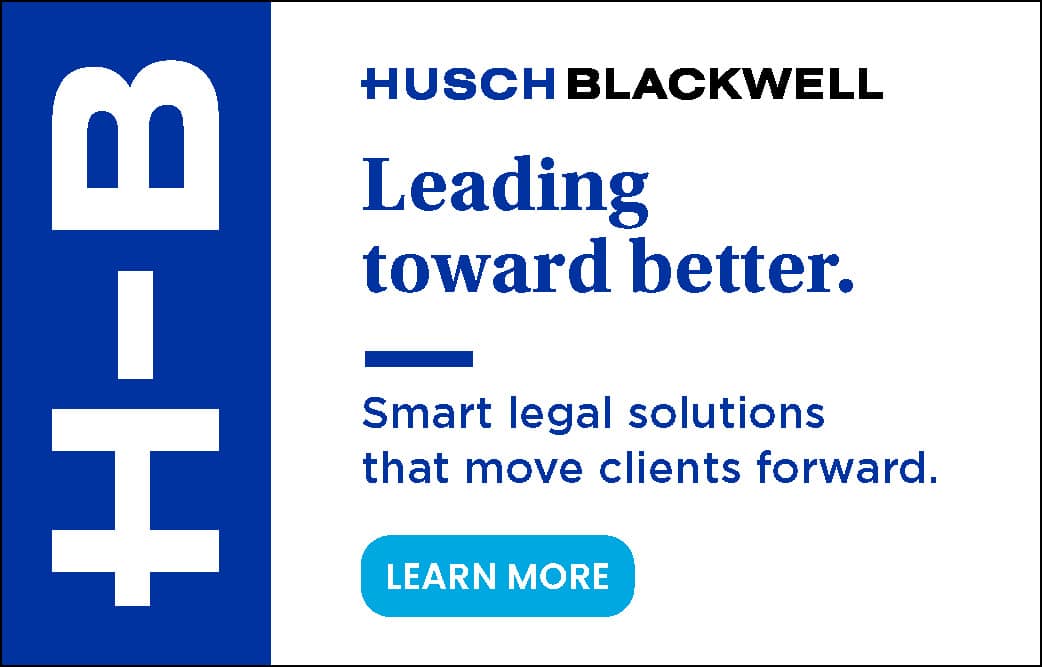