Managing employment law is a career labor of love

Albert Nicholson never aspired to be an attorney, let alone practice law while earning his bachelor’s degree in mass and organizational communications studies from the University of California, Los Angeles.

However, when he took a required course in the legal process, his interest in law was piqued. Then, when he was exposed to labor and employment law during a law school internship, he set the course of a career approaching nearly 30 years.

When chatting with Vanguard in March, Nicholson was wrapping up his work as vice president and assistant general counsel for Lineage Logistics. He’d managed labor and employment matters and litigation for the company’s North American operations and helped the company as it increased its U.S. workforce from 6,000 to 16,000 (and 19,000 globally). 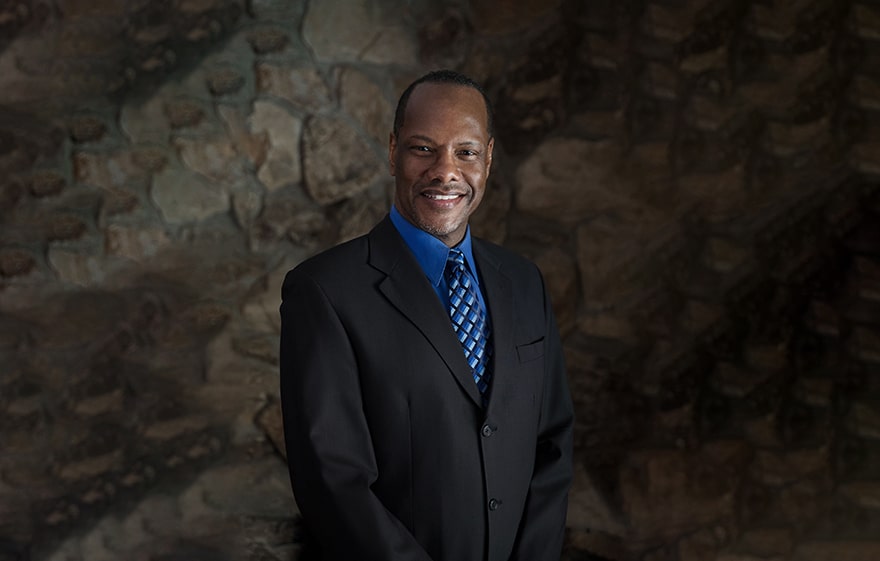 “The day-to-day is never the same,” he says. “The company constantly changed and expanded, and so the unique things I’ve had to deal with, and situations that I’ve had to work through with our business folks to resolve, have been exciting.”

In April, he would begin a new job with loanDepot as its senior vice president and associate general counsel, culminating a decades-long career in labor and employment law and litigation.

“My career has been an unusual one because I started practicing law in-house. However, doing so offered the opportunity to gain experience I might not have had working in a private firm,” he says.

Nicholson joined Lineage Logistics in 2016 as senior corporate counsel. Headquartered in Novi, Michigan, the company was growing as a cold storage warehouse company serving the U.S. to its current operations with more than 400 facilities in 19 countries. While its core business remains cold storage, Nicholson says Lineage Logistics has become a supplier for the food service industry and has added its own fleet of trucks to provide transportation services.

Integrating new employees in North America required Nicholson to handle tasks such as ensuring an acquisition’s collective bargaining agreements would be incorporated into Lineage Logistics’ HR policies and payroll system. He also needed to ensure the company complies with state and local regulations, such as laws and regulations governing leaves of absence, paid time off and wage and hours. 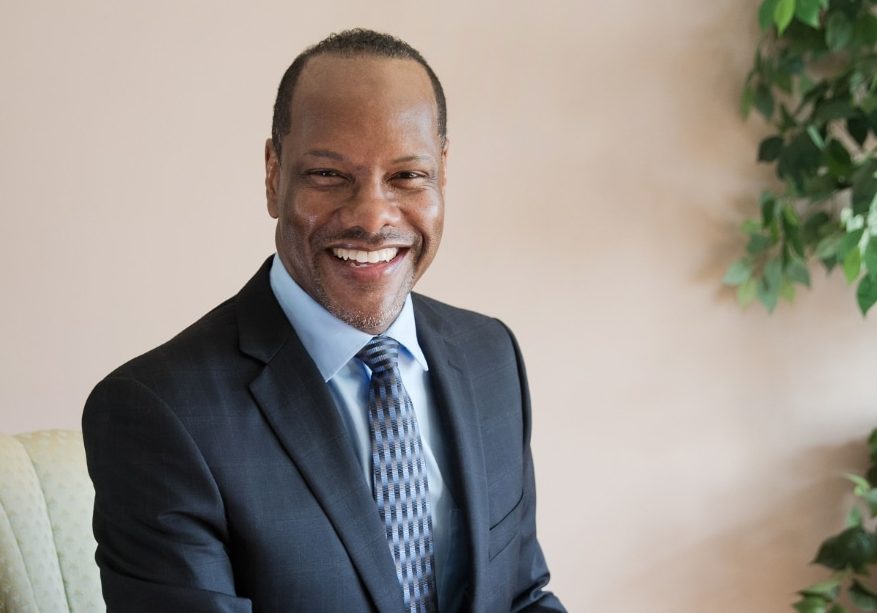 Though the company also has attorneys for its European and Asian operations, he also helped revise and update codes of conduct and developed the company’s document management program that includes retention and disposal policies.

Though the company’s legal operations weren’t large enough to handle litigation in-house, Nicholson would assess whether a contract dispute or employment lawsuit required outside counsel. If so, he’d manage the budget, develop legal strategies and participate in mediations or arbitrations as needed.

During his last few years at Lineage Logistics, Nicholson helped the company remain open during the COVID-19 pandemic as an essential employer. That included helping it comply with local policies and safety guidelines for onsite warehouse employees in North America.

For the Lineage Logistics employees who could work remotely, Nicholson helped establish policies and monitor hourly workers. The company continued to use a hybrid model for remote and in-office work as he was leaving. However, as requirements, such as masks, were being eliminated, he was part of the discussion on what a new workplace environment would be.

After graduating UCLA with his bachelor’s degree, Nicholson worked for more than a year until earning a scholarship to attend Southern Methodist University Dedman School of Law.

Between his second and third years of law school, Nicholson served an internship at Texaco that enabled him to work throughout the company’s business areas. The last practice area—in labor and employment law—gave him a new career focus.

“I loved the issues involved, so when I went back for my third year of law school, I took all the labor and employment law courses the school offered,” he recalls.

Nicholson returned to Texaco as an associate attorney in August 1993 after earning his J.D. Given the choice to practice in environmental or labor and employment law, he chose the latter.

In his years at Texaco, he served as second chair defending the company in several employment discrimination cases in both state and federal courts. He also handled more than two dozen arbitration cases involving labor disputes and safety issues before the American Arbitration Association and the U.S. Occupational Safety and Health Administration. 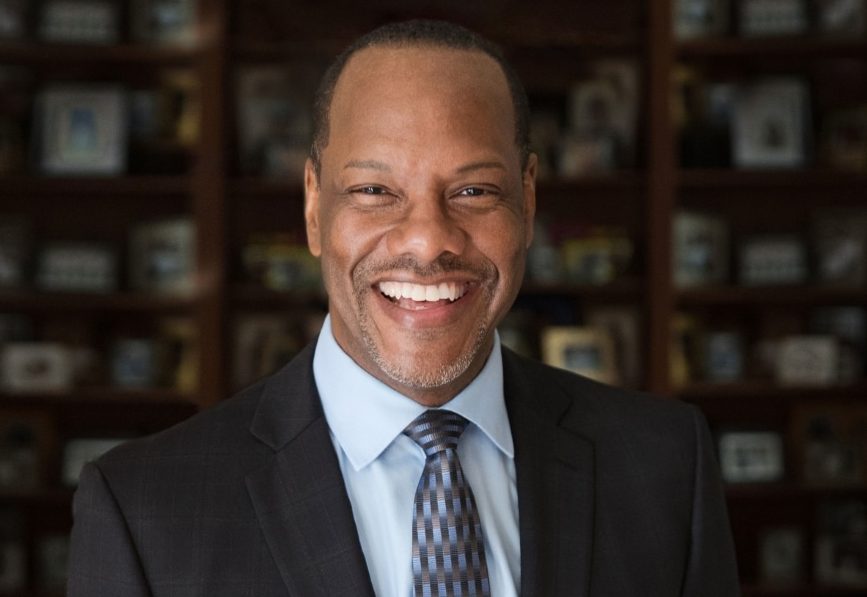 Nicholson next joined the firm of Liebert Cassidy Frierson in 1998. Then, he returned to in-house work with Bergen Brunswig, a wholesale pharmaceutical distributor, in 1999. He was eventually laid off and opened his own practice in labor and employment law, as well as family and transactional law.

However, Nicholson says operating his own practice was precarious at times, and in September 2003, he became in-house counsel for the Los Angeles Unified School District. After two years at the district, Nicholson joined Freedom Communications as its associate general counsel. When he joined the company, it owned more than 100 newspapers and eight TV stations in the U.S.

With readership declining and the internet becoming more popular for news, Nicholson helped guide Freedom through Chapter 11 bankruptcy in 2009. As the company restructured its debt and created a plan to continue operations that included selling all of the broadcast assets and some of the newspapers, he also took over as head of HR while continuing to lead its legal department.

Lineage Logistics was one of those clients, and when the opportunity arose to join it and create its labor and employment law practice, Nicholson joined as senior corporate counsel in October 2016. He was promoted to vice president and assistant general counsel in January 2021.

“The accumulated experiences and work I’ve done leads me to this new opportunity,” he says. “As I join loanDepot, I’m looking forward to assuming this department leadership position and collaborating with business counterparts.” 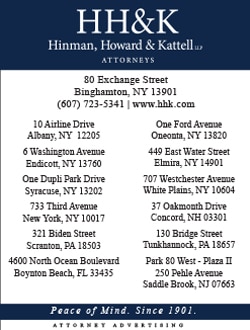 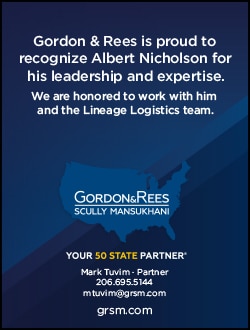