It’s an instance where the new kid on the block really needs someone with experience to help show them the ropes. 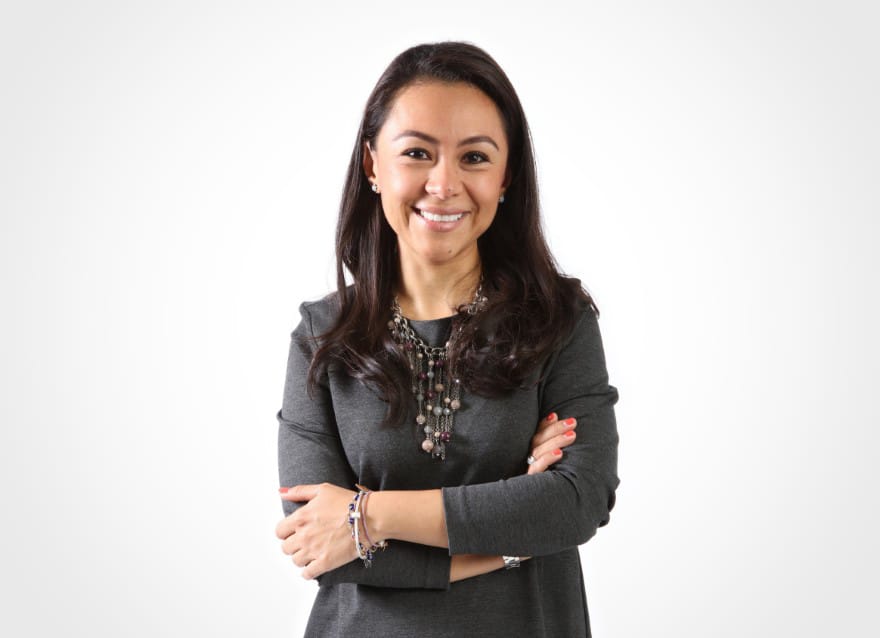 “Our portfolio focuses on highly specialized medicines for chronic diseases. Therefore, patients must be under treatment for their entire lives,” Padilla says. “We take a very strict approach to ethics and compliance as we believe this is critical to protect patients and Takeda’s reputation.”

Takeda’s $62 billion acquisition of Shire was completed in January 2019.

The deal creates the world’s ninth largest pharmaceutical company, and it means Takeda has bought the Shire portfolio of drugs and therapies for gastroenterology, neuroscience and rare diseases. It’s also acquired Shire’s research on plasma-derived therapies and vaccines.

Padilla is joined by Legal Counsels Paola Posada and Alejandra Trujillo in handling Takeda’s legal affairs for Colombia, Ecuador, Peru and Venezuela. As such, they’ve been fully dedicated on the merger of the two companies. 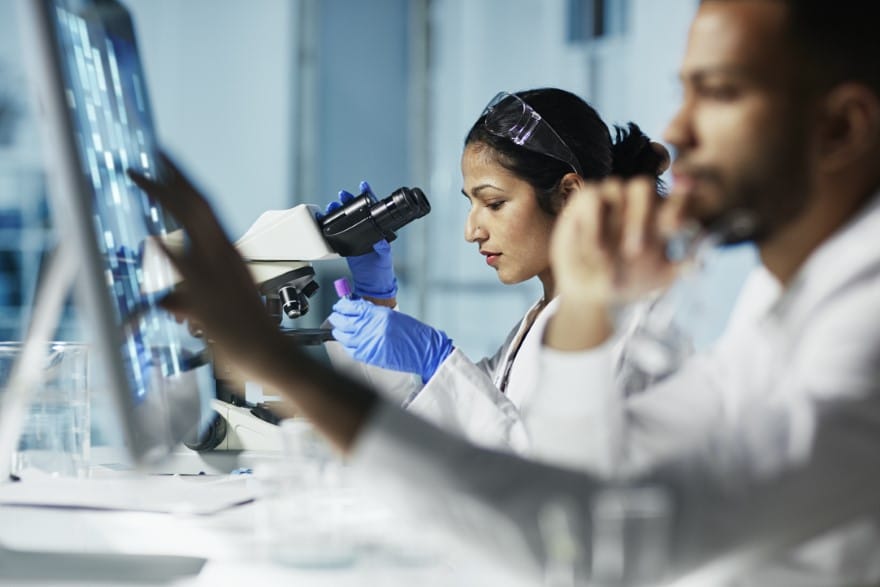 “It’s been a very interesting process, we’re taking the best parts of both companies and moving forward,” Padilla says.

In more than a few instances, Takeda’s own code of ethics is more stringent than laws in the countries where it operates, Posada says.

An area of focus has been antitrust, and the legal team has been meeting with employees throughout the region to reinforce both company policies and regional rules and the consequences of not following them.

“These are the rules about acting ethically and being aware of the interests of the consumers,” Padilla says. “The rules can be hard for people to follow, but they are critical.”

While highlighting the importance of following internal guidelines, Padilla, Posada and Trujillo are also working hard to protect Takeda’s intellectual property in a region where trademark infringement turns out to be a big problem.

Takeda’s drugs and therapies are not sold directly to patients. Instead, they’re shipped to hospitals where they are administered. It’s up to the legal team to create the protocols and procedures that ensure counterfeit versions are not manufactured, shipped or prescribed. 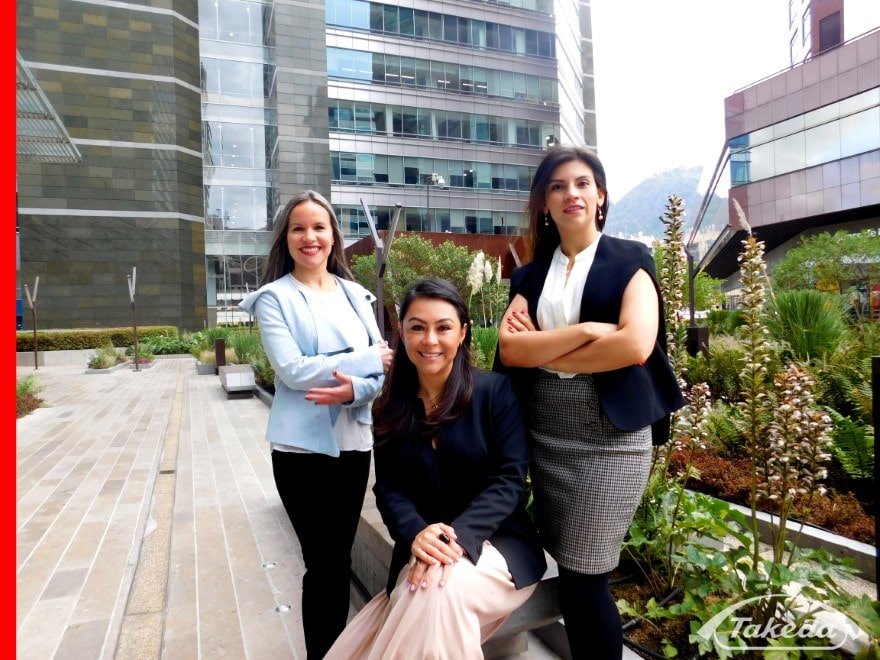 To ensure authenticity, Padilla says she, Posada and Trujillo not only draft the vendor agreements, they have worked with IT and supply chain to install tracking software covering the entire supply chain.

They’re also helping bring a digital transformation to the healthcare sector by unlocking the potential of new technologies within Takeda´s ethical standards. For instance, the legal team collaborating with marketing and IT to roll out new software allowing doctors to consult on symptoms and treatment alternatives and ensure faster access to diagnostic data.

Takeda is also going to have online conferencing and videos to help with consulting and diagnosing the conditions doctors encounter while treating patients. 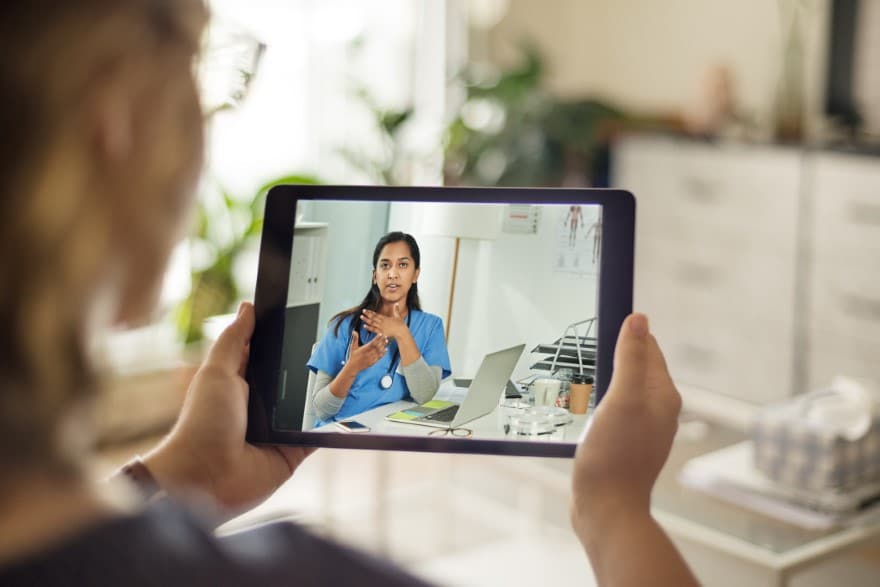 The third tech tool in development is a calculator where doctors can enter vital statistics and determine what dosages need to be prescribed according to patients’ physical traits.

“The application will help the doctors to be more precise when prescribing the medications,” Padilla says. “It will help them determine the dosage more accurately, and that ultimately contributes to having a more sustainable health care system.”

Padilla and her team are protecting the software and apps as intellectual property and drafting the service contracts. However, she says both pose less of a security risk for patients because no names or other information aside from age, weight, gender and symptoms are submitted.

She began her career as a legal supervisor for Cadbury Schweppes Bottling Group in 2005. From there, she shifted to Grupo Peñafiel, the Mexican bottler of beverages including Canada Dry and Dr. Pepper.

“I developed my career through all the legal areas of the company, until I finished as a legal director and there came a time when I had to move,” Padilla says.

Hired as the associate director of legal and compliance at Merck Sharp & Dhome in 2014, Padilla says the shift to the pharmaceutical industry gave her a new sense of purpose because she was helping people and contributing to the community. 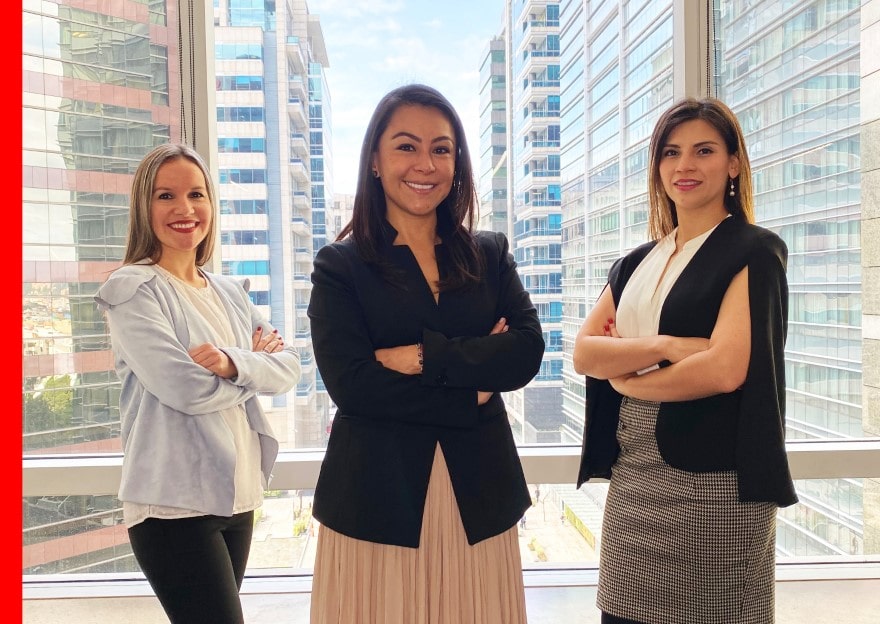 In April 2018, Shire hired her as a lead counsel working for its Mexican, Caribbean and Central American operations. When the company was bought by Takeda, Padilla moved south to Bogota to take the same position for the Andean region.

Posada earned her law degree from Universidad Externado de Colombia in 2004. She then earned a graduate degree in commercial and business law from the same university in 2008. In 2017 she earned an LLM in international business law from Queen Mary University of London.

Trujillo earned her law degree from Universidad del Rosario in 2013. She then earned a graduate degree in administrative law from the same university in 2014 and in 2019 she earned an MBA from the Universidad de los Andes.

It’s been less than a year since the team came together, and Trujillo says each one´s knowledge and experience have been key to create a cohesive environment. That makes it much easier to handle the variety of matters in which they are involved in a timely manner.

The collaboration delights Posada because of its benefits to others.

“I’m so very happy to be part of this,” she says. “The focus on rules, laws and contracts is the same, but being able to help people makes a very big difference in what we do.” 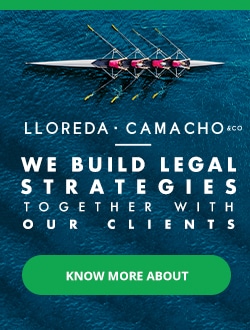