The year 2020 broke records for computer use. Daily Zoom meeting participants increased from 10 million in December 2019 to over 300 million by April 2020. The year also had an unprecedented number of successful cyber and ransomware attacks numbering in the millions.

Anticipating this, in January 2020, the U.S. Department of Defense drafted the cyber maturity model certification to standardize cybersecurity. Any company or individual who is a federal government contractor or subcontractor must have CMMC. 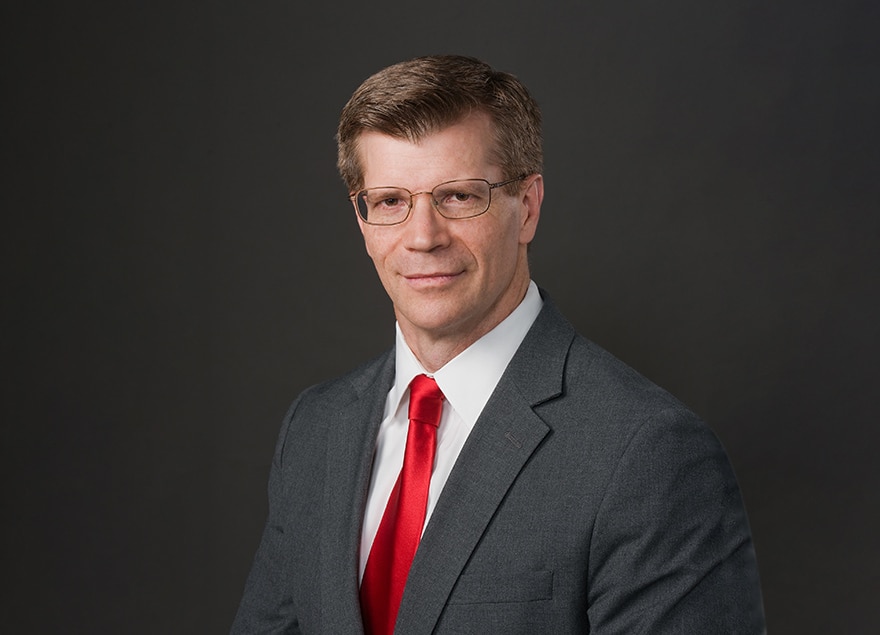 In a similar vein, on April 2020, the National Institute of Standards and Technology released security plan 800-171—last updated January 28, 2021—as guidelines for non-federal systems and organizations to protect controlled unclassified information.

While the measures aren’t as tangible as placing security cameras or guards at doors, Brian Neuffer says several key CTLGroup clients wanted it to meet the new standards, and he’s been helping make that happen. General counsel since 2014, Neuffer is working with the chief technology officer to prepare a data security policy, and both are working to implement tools such as multi-factor authentication.

“Cybersecurity is just one way I work to mitigate CTLGroup’s risks,” Neuffer says. “I also ensure our contracts more fairly allocate responsibility for damages in construction projects and protect our engineers, scientists and architects’ inventions.”

Based in Illinois, CTLGroup is an engineering, architecture, and materials science consulting firm. It provides both laboratory services and engineering consulting services. Among other major projects, it was involved in the construction of the Burj Khalifa and the investigation into the World Trade Center collapse.

The firm has labs where scientists test railcar components, bridge cables, strands and wire ropes, as well as conduct microscopical examination of cement and other chemical mixtures used in concrete. While not classified, these test results need to be secured as they detail the structural components and possible vulnerabilities of client’s buildings or equipment, Neuffer says. 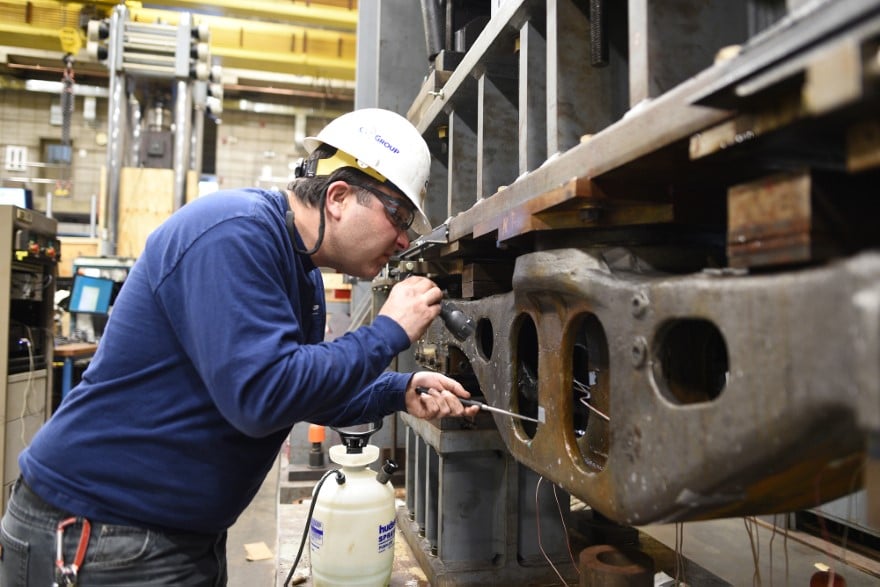 Still, he adds that more needs to be done to protect CTLGroup. For instance, he continually changes the indemnification paragraph common in clients’ form contracts. These clauses often state that CTLGroup will be responsible for anything that goes wrong with any part of engineering, architecture or other construction services—even if the firm has done its due diligence and wasn’t negligent.

If, for instance, CTLGroup provides a mix design for a concrete floor, and it later cracks—think unexpected soil settlement or even an earthquake—the firm could be responsible. Worse, its insurance might not cover the costs.

“We are dedicated to making our work impeccable, but we can’t control everything,” explains Neuffer, who adds words like “negligent” and “wrongful” to the indemnification clause in clients’ form contracts. These additions help ensure that insurance policies cover CTLGroup’s work, so that it’s only responsible for repairs in cases of negligence or wrongful acts, he says.

A couple years after joining CTLGroup in 2014, Neuffer also began revising the intellectual property portion of clients’ form contracts to protect both CTLGroup and its innovative employees. Previously, the firm charged clients a fee for materials or engineering testing; contracts stipulated that the client would own any inventions created during the testing—think gauges measuring pounds per square inch of pressure it’ll take for a support beam to collapse on the first floor of a high rise. 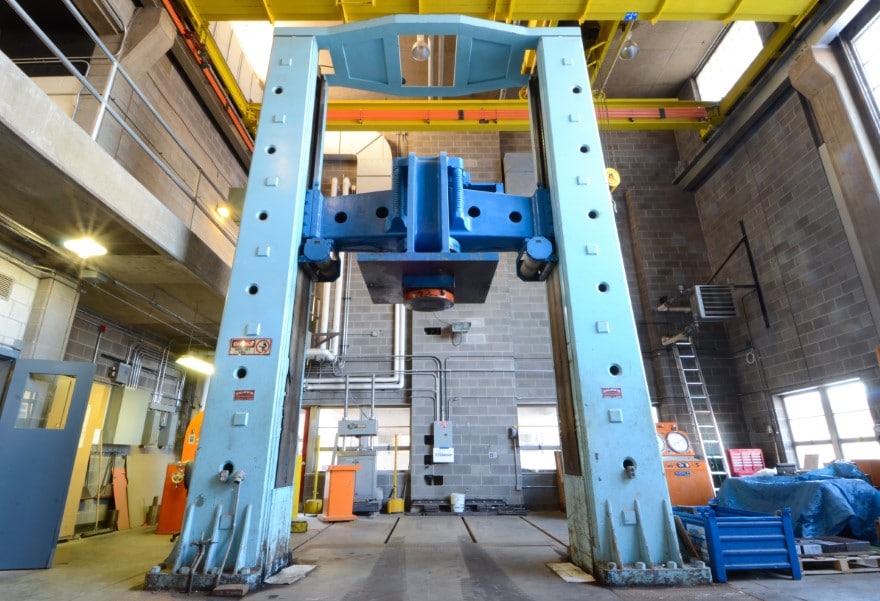 1 Million pound testing machine, one of the largest in the United States.

As part of the program, he started holding meetings to show all employees how to fill out an invention disclosure form and present the invention to CTLGroup’s intellectual property committee. He’ll often make suggestions to solidify their invention application, such as asking them to attach a sketch or a model to their written piece. Since the start of the program, employees at CTLGroup have submitted dozens of disclosures.

Neuffer also helps the firms’ scientists, engineers and architects become expert witnesses, since many of CTLGroup’s clients turn to the firm for expert testimony in court cases. In fact, this accounts for roughly 19 percent of the firm’s annual revenue.

“With experience as a litigation attorney, a law clerk and a private practice litigator, I knew I could help with expert witness work,” Neuffer says.

In fact, by the time he joined CTLGroup, he had considerable trial and appellate experience, having taken or defended over 100 depositions. Since many of the firm’s scientist and engineers have zero experience in a courtroom or with a deposition, they receive training from Neuffer, in which he goes through a PowerPoint he created and builds their confidence to answer questions they may encounter in trial or during a deposition. 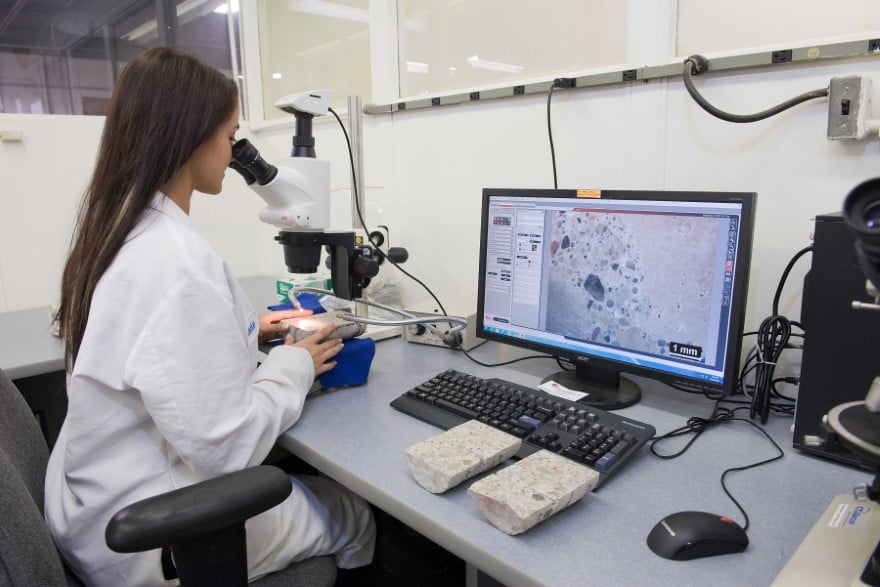 Neuffer coaches them to communicate clearly, something he learned partly through his legal career and partly when he received his bachelor’s in English literature from Northwestern University.

“I didn’t have any family or friends who were lawyers but was always interested in understanding laws governing societies,” Neuffer says. “A literature degree was a logical choice to ensure my reading and writing skills were well honed before I ever entered law school.”

Neuffer graduated with his Juris Doctorate in corporate law from Brigham Young University, where he used his literature skills to become a lead articles editor for the BYU Law Review.

As someone who was on an undergraduate football athletic scholarship, Neuffer isn’t all about hitting the books. He still plays tennis and basketball with his friends—or some touch football with his church congregation during the annual Thanksgiving turkey bowl.

“I find I still have things to learn every day, whether on a field or a keyboard,” Neuffer says. “I’m continually impressed by technology that allows me and my wife to stay in touch with our five children and our three grandchildren.”

As for helping CTLGroup comply with the new government security measures? He welcomes the challenge.

“In our ‘information age,’ companies’ and even nations’ most valuable assets are their intellectual property and confidential information,” Neuffer explains. “Protecting those is a very worthwhile endeavor.” 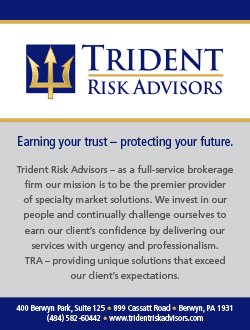