How the recruiting, hiring and promotions processes have evolved since Courtney Dutter became a one-woman legal staff at iCIMS in early 2010—for a short while, anyway. 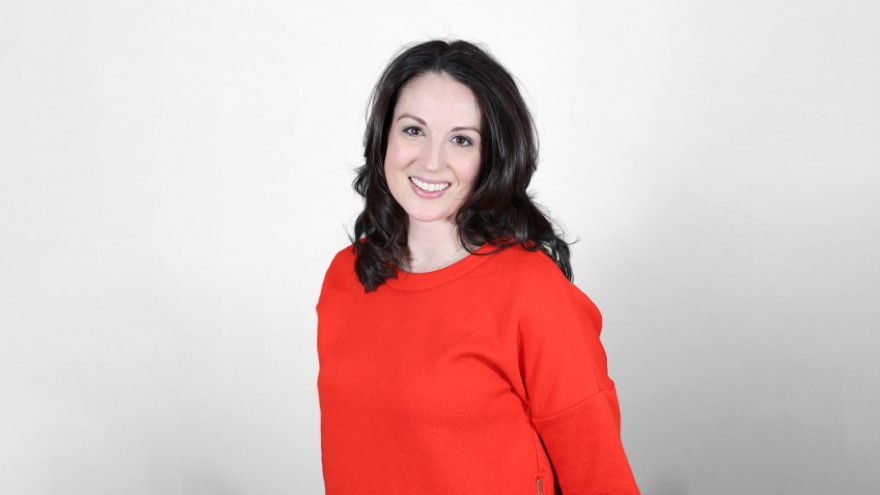 Then, a young Seton Hall University School of Law grad and research fellow, Dutter had been doing freelance contractual work during the Great Recession when she became aware of this cloud platform for a recruiting provider in New Jersey that needed someone well-versed in sealing deals.

The person in charge of contracting was departing, and with the contracting process becoming increasingly complex, the brass figured it should be handed off to a lawyer.

Just one problem: Nobody there had a law degree. Though Dutter wasn’t the most experienced candidate, she was given the opportunity to state her case.

“I must have been a good convincer,” the personable Dutter tells Vanguard in August from her Chicago area home where she’s been working remotely since 2012. “I wasn’t even sure they needed an attorney, but the CFO and controller sort of pitched the idea that this company had been around for 10 years, was growing and could use a legal department. I told them that while I may not be ready to lead a legal department, they could still build a legal department around me.” 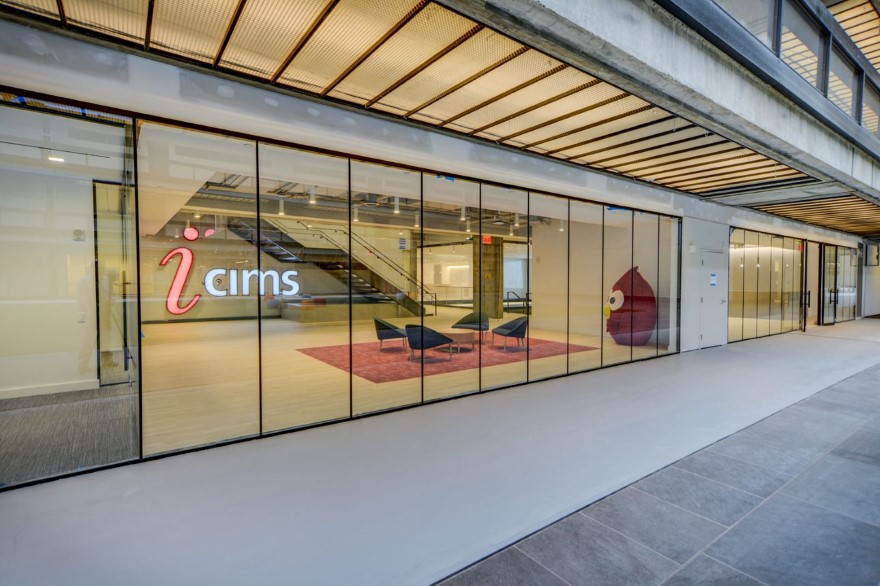 That’s what iCIMS did, welcoming Dutter into the fold and soon hiring a general counsel, as well. Since then, it has become a full-fledged legal department, with Dutter answerable to new General Counsel Neal Dittersdorf, and recently promoted to the dual roles of deputy general counsel and associate vice president of legal and compliance.

Comfortable with her managerial status, she now heads a team of 12 with oversight for commercial contracts, data protection and privacy, employment, intellectual property, strategic growth, regulatory, compliance and legal operations. There’s also a new Docusign contract management system that went live in January, with the help of ATG’s implementation guidance.

“In-house legal departments are consistently being asked to do more without hiring additional headcount,” she says. “In order to build next level legal departments, we must find ways to utilize the resources we do have in the most efficient and effective manner possible, and to understand that resources don’t always have to come in the form of headcount, we can meet these new demands through the efficiencies that systems like a contract management system supports.”

“We’ve definitely gotten to the point where we specialize more so than previously,” she says about the dozen legal professionals under her wing. “Until a couple years ago we were all generalists. But it couldn’t work long term, having an attorney in contracts taking on compliance and privacy. Not with the way this company is evolving.” 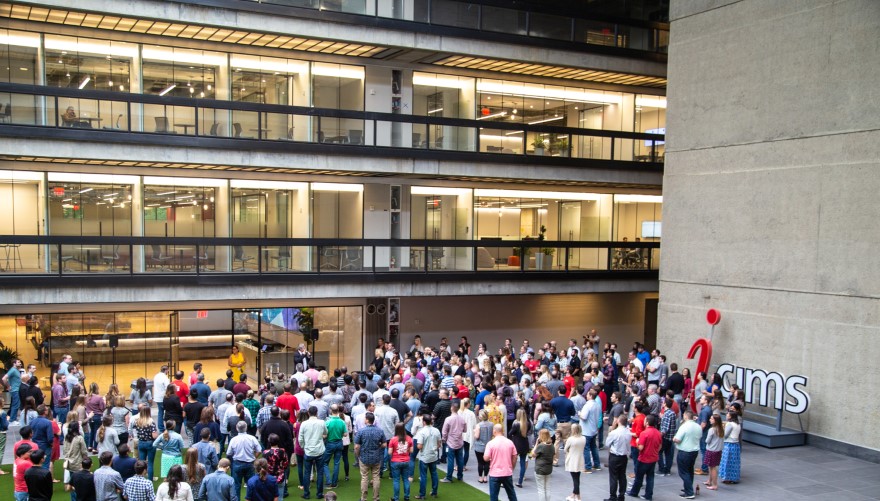 That might be an understatement, what with over 4,000 businesses now leveraging iCIMS’ services. Given the new complexities of the C-suite hiring process, she sees her employer being in more and more demand.

It’s not uncommon, she says, for a Fortune-level company to attract 10,000 or more applicants when a premium position arises. That’s a lot of online cover letters and resumes to sift through, and the pressure is likely intense on any personnel decision-maker to capably deliver a shortlist. Especially since nowadays, the company may be looking for very specific candidates—diversity and inclusion being among the key essentials for upper management.

Lest a company overload its own hiring managers and executives with such decisions, it might be better off using iCIMS’ best in breed solutions for talent acquisition to help guide them through the recruitment process. The company has made its mark through a growing arsenal of cloud-based software that helps organizations manage and scale their recruiting programs.

With Dutter and her team responsible for legal and compliance, due diligence and integration, this past May iCIMS acquired its fourth company in the past decade: the Irish-based data science specialist Opening.io. One of its core strengths is the ability to leverage machine intelligence atop the recruitment process, enabling their customers to match prospects to previous jobs, skills and recommendations.

Opening.io complements iCIMS’ other acquisitions, including last year’s purchase of Jibe Inc. The pioneer of SaaS recruiting technology for connecting companies with candidates, Jibe brought to the table such big-ticket clients as Johnson & Johnson, Siemens and Comcast. 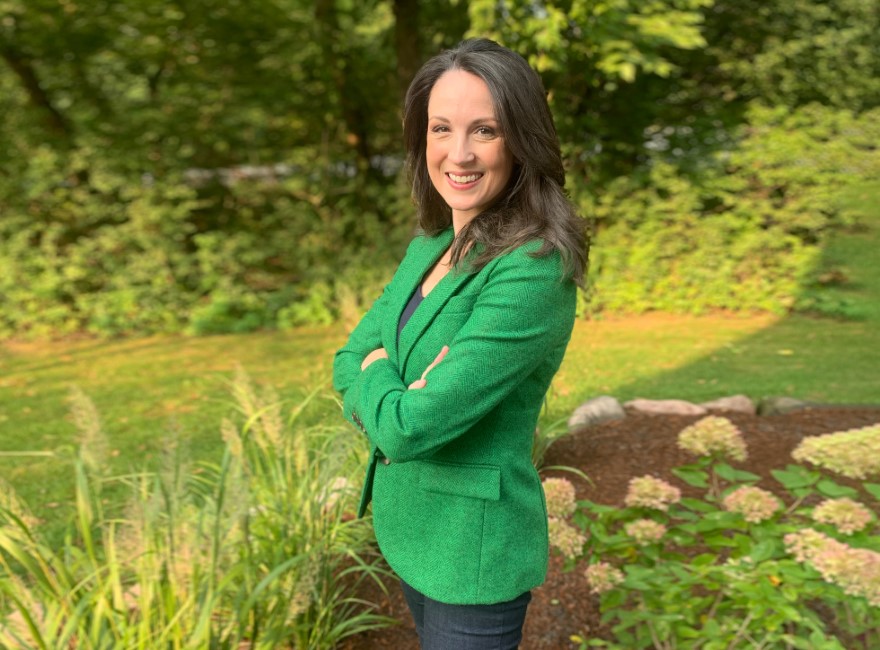 “Say you wanted to work for Tiffany & Co. or Wipro but went to their website and didn’t see any openings for jobs you were interested in. This technology gives individuals the ability to connect with the employer so they can notify you if there’s a job in the future,” Dutter explains. “We had been building around this solution but Jibe had it in its wheelhouse, and we saw we could leverage their technology to our advantage.”

Such forward thinking also figured in iCIMS’ prize acquisition of early 2018. Having identified how today’s young talent communicates through text messaging and mobile apps, iCIMS shored itself up on that front by buying TextRecruit.

The companies had partnered for several years, with TextRecruit using an iCIMS platform to integrate between its messaging apps and iCIMS’ talent acquisition suite. Since then, TextRecruit’s offerings have only grown, making it a most valuable addition. That’s also true of iCIMS’ 2012 acquisition, the social recruiting solutions provider Jobmagic, having enhanced its parent’s talent platform.

Of course, with iCIMS entrusted with all that data, compliance with evolving rules and regulations has become increasingly important. Dutter is proud to say that during her decade-plus tenure, the company continues to evolve and use its approach to security and privacy as a means to differentiate it from competitors.

“We can’t talk to a customer or prospect without a security or privacy question being brought up,” she says. “The world from a compliance perspective has changed forever, and we’re prepared for it.” 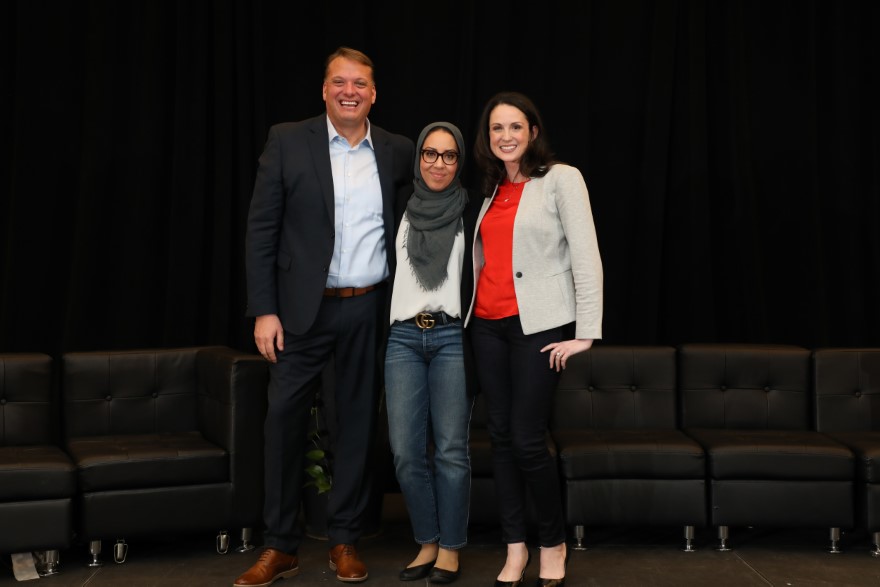 Being prepared for anything—that’s part of lawyering in-house, where Dutter feels most at home. Law firm life never appealed to her, and, as a UCLA undergrad, neither did the legal profession—at least not initially.

A science major, Dutter was drawn to civil engineering and architecture, but the more she learned, the more constricting those roles seemed.

“Building codes are black and white while the law is often colored in grey,” she says. “I found I enjoyed the adaption of law and risk analysis.”

Still, the science background came in handy during law school, setting Dutter apart from the poli sci and liberal arts pack—and helping her better grasp intellectual properties issues. During law school, she’d clerk for the city attorney in Modesto, California, during the summer of 2008 and, in 2009, finish a two-year stint as a senior research fellow at the Seton Hall Law School Center for Policy and Research.

After a few months of sharpening her contractual skills, she’d join iCIMS, then in startup mode but eager to expand its clientele beyond the mid-market companies to the heavy hitters. What was happening, slowly but surely, has become fast and furious, iCIMS having brought in a majority investor in addition to the acquisitions, and piling up the legal department’s to-do list.

All of which is fine with Dutter, who relishes legal’s role in furthering business objectives.

“We’re not here to be roadblocks,” says the married mother of three. “Companies aren’t successful if they don’t have the right people in their business and we want to help get them there. Smart companies don’t settle for second best to save a couple bucks. Talent acquisition is worth the investment.”

iCIMS seems to have gotten a wise return on Dutter—even if it didn’t sift through 10,000 prospects. 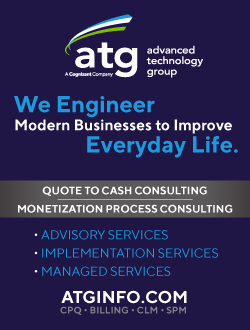 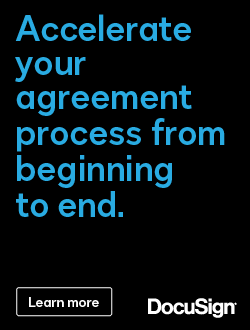 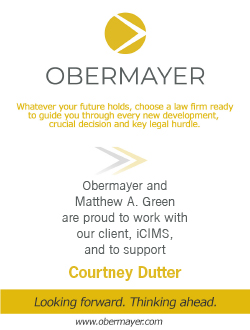