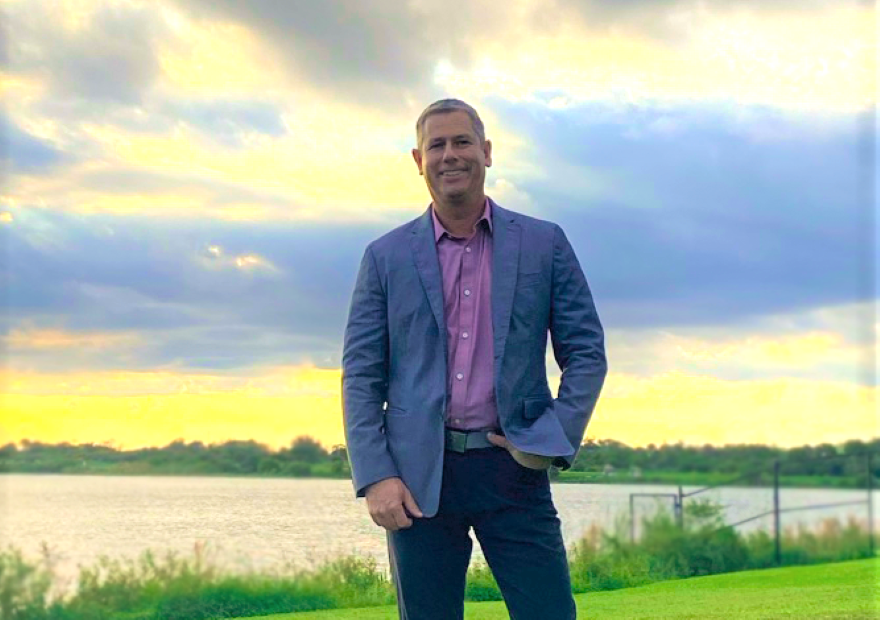 Already several years into the civil litigation game—which he describes as “nasty and often lacking in basic civility”—Deitch started to question his relationship with the legal field. Disillusioned and increasingly dissatisfied with his career trajectory, he started seeking an alternate course, one he hoped would take him outside the law firm setting, he says.

That’s when NFI Industries came calling. A former colleague, who was then NFI’s first general counsel, presented Deitch with an appealing opportunity to join the company as its second in-house attorney. More than 17 years later, Deitch—NFI’s vice president and associate general counsel—remains energized by his diverse work at the rapidly growing third-party logistics company.

“The position challenged me from day one, tested my intellect and introduced me to a new and exciting career perspective,” he recalls. “While managing insurance claims and litigation in-house for NFI, I also got to be involved in complex business transactions on a level that, traditionally, lawyers aren’t exposed to.”

Rolling along on two divergent paths

Founded in 1932, NFI is a multi-generational family company with 50 million square feet of warehouse space across North America—and a commercial trucking fleet that includes over 3,000 tractors and 12,500 trailers.

Headquartered in Camden, New Jersey, NFI’s customers include everything from Fortune 100 companies to small businesses from a wide array of industries including food and beverage, retail and clothing, and home improvement, just to name a few. According to Deitch, the company has experienced “tremendous sustained growth” throughout the 2000s—success he attributes to a combination of organic growth and several strategic acquisitions. 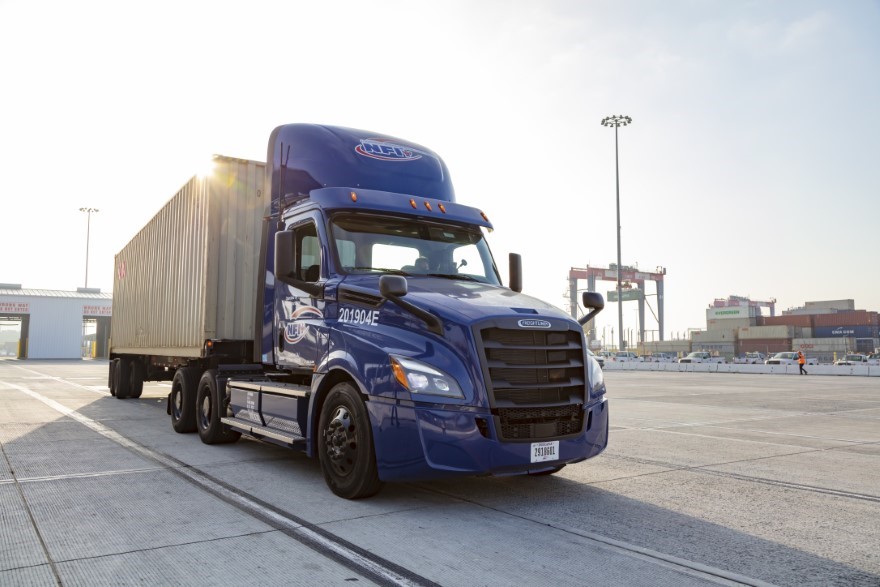 He has done his part to support the company’s growth through two very distinct focuses: managing all third-party injury claims and litigation brought against the company, and transactional contract negotiations.

On the litigation front, an area to which he was dispatched shortly after his arrival, Deitch is responsible for retaining and overseeing outside trial counsel, choosing from an impressive roster of lawyers across North America—a roster that he has worked hard to curate.

“Most of the outside trial lawyers I retain have been doing work for me for over a decade now,” Deitch says. “We’ve developed a great rapport of mutual respect and trust, which I think are critical to maintaining these relationships.”

As NFI’s portfolio of business grew, there was an increased need for transactional legal work: real-estate transactions; warehousing and trucking agreements; vendor and software contracts—the list goes on. Though the company will call on outside firms for certain commercial matters, Deitch—along with NFI’s general counsel and the rest of the legal team—now handles most of the company’s contracting work.

For Deitch, the role of facilitating business deals and the cross-company collaboration it requires, is a vital one.

“I like to use a football analogy. On contract negotiations I’m usually playing quarterback, helping guide our teams through often complex issues where legal and commercial concepts collide,” he explains. “It’s a lot of pressure, but when you get that win—it’s all worth it.”

A 1990 graduate of the University of Florida, Deitch received his JD from the St. Thomas University School of Law in Miami. After he relocated to the Philadelphia area from South Florida in the mid-1990s, he spent the first eight years of his career as a plaintiff’s trial lawyer. 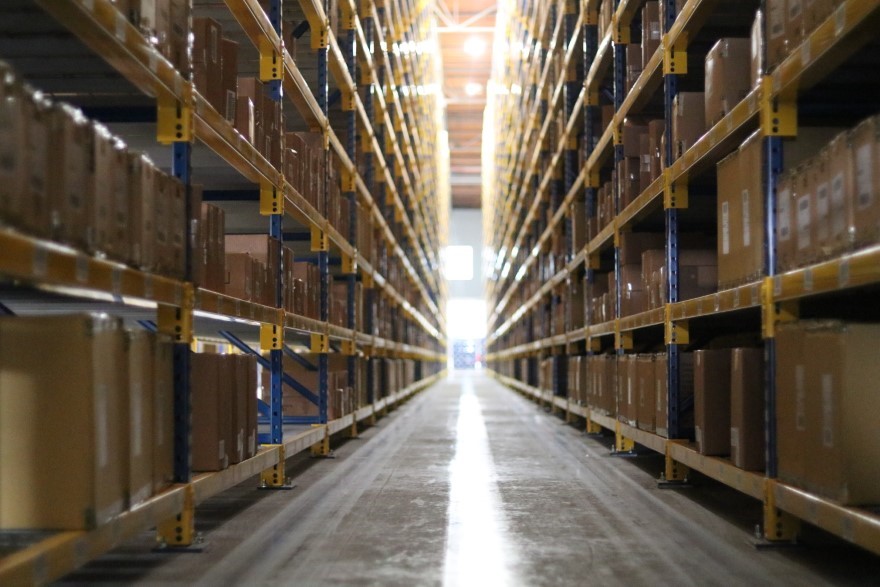 “It exposed me to the underbelly of humanity,” he says. “I saw some shady things; I was asked to do some shady things. Perhaps I was naïve. I was literally stunned, and worse, saddened by the lack of integrity I experienced almost daily. Although some of the work, such as consumer protection, was rewarding.”

It was an eye-opening experience for Deitch, one that helped him realize exactly what he wanted to do—and who he wanted to be.

“Personally,” he continues, “I don’t think it’s terribly difficult to be a decent human being; yet, day after day, I’d have to interact with a seemingly endless stream of dishonest, unlikeable people for whom the ends (money) always seemed to justify the means.”

When he interviewed with NFI in 2003, Deitch met the company’s founders (and still owners), the Brown family. Right away, he was struck by their sense of corporate duty—values that continue to drive him 17 years later, he notes.

“They’re very much a ‘do the right thing’ company, with respect to not only the people who work for them, but everyone else they may affect or impact,” Deitch says. “Integrity, safety, customer satisfaction, teamwork, social responsibility—this company embodies all of it.” 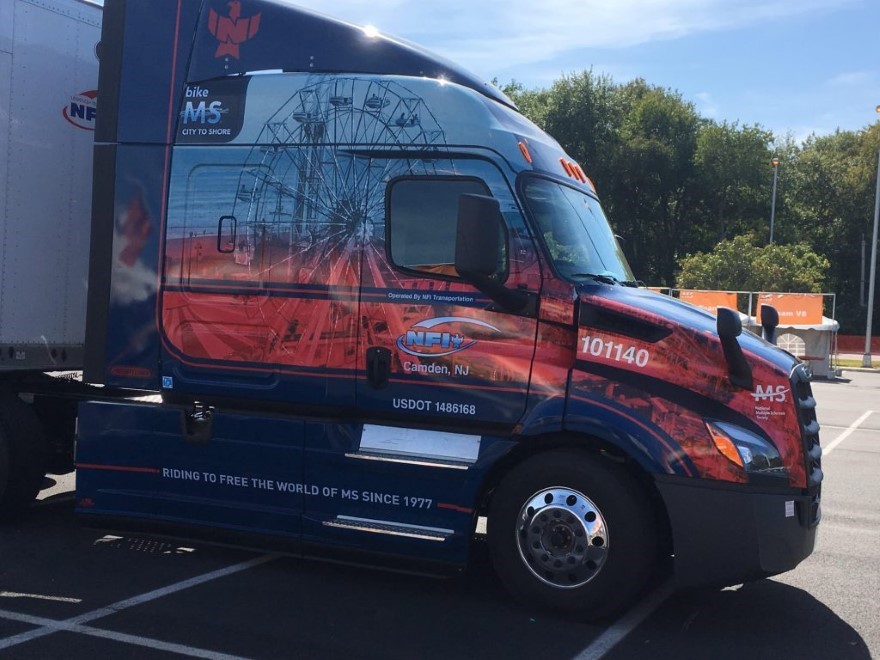 As an example, he points to NFI’s environmental and social responsibility initiatives, aimed at reducing the company’s environmental footprint and proving itself a conscientious corporate citizen. A four-time winner of the EPA’s SmartWay Excellence Award, NFI has invested in numerous solar arrays and, in 2012, deployed its first natural gas fleet.

The company also participated in the Volvo LIGHTS project to test zero-emission electric trucks and, in 2018, partnered with Freightliner’s Electric Innovation Fleet to operate its new electric vehicle model, the eCascadia. In 2020, NFI was named as one of Heavy Duty Trucking magazine’s Top Green Fleets.

NFI also strongly encourages volunteerism and local community involvement—a calling Deitch has made his own.

Shortly after his relocation to the Philadelphia area, he became a Big Brother through Big Brothers Big Sisters of America, which he describes as an amazing and underreported mentoring program. Today, after almost 25 years, Deitch maintains a strong relationship with his “little brother,” who went on to become the first college graduate in his family, and who now owns and runs a successful business. 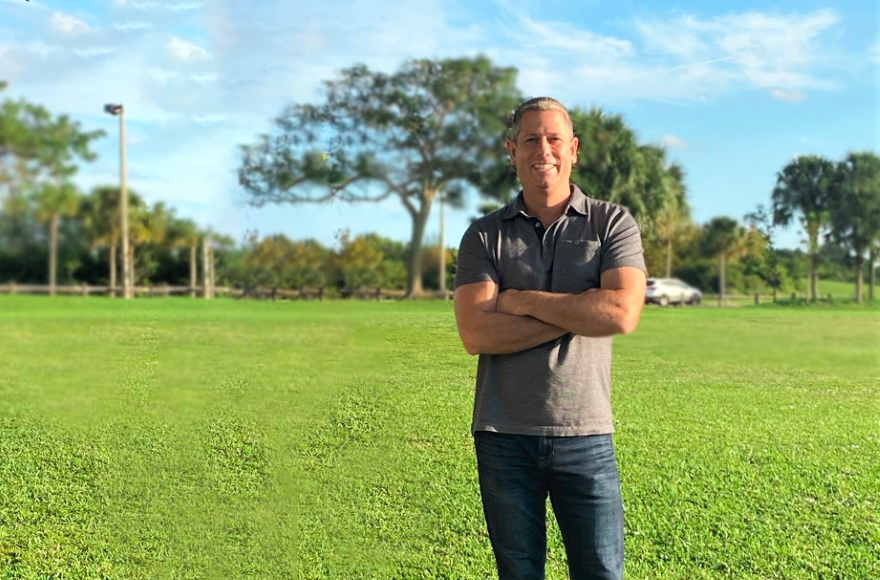 Happily married to the love of his life (with whom he’s adopted five rescue animals), Deitch says he’s always believed in trying to do the right thing—just like the company he’s called home for nearly 20 years.

“They do things the right way here,” Deitch says. “The culture is truly one of inclusion. For me personally, my work at NFI literally resurrected my career in law—one which I can now be proud of.” 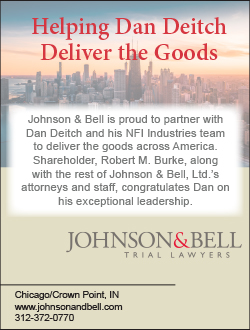 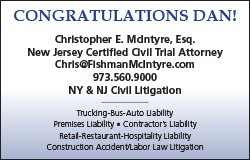 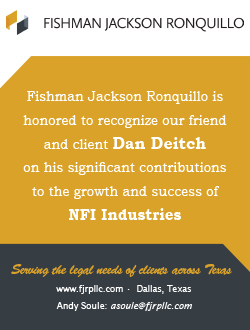