Hanna Chouest wasn’t drawn to her career by the far-off sound of a locomotive whistle.

Her interest in practicing law in the transportation industry was instead piqued by her father, who made his career in the practice area. Though he focused more on aviation, Chouest says his travel and the legal issues and regulations surrounding moving people and freight were both intriguing and irresistible to her. 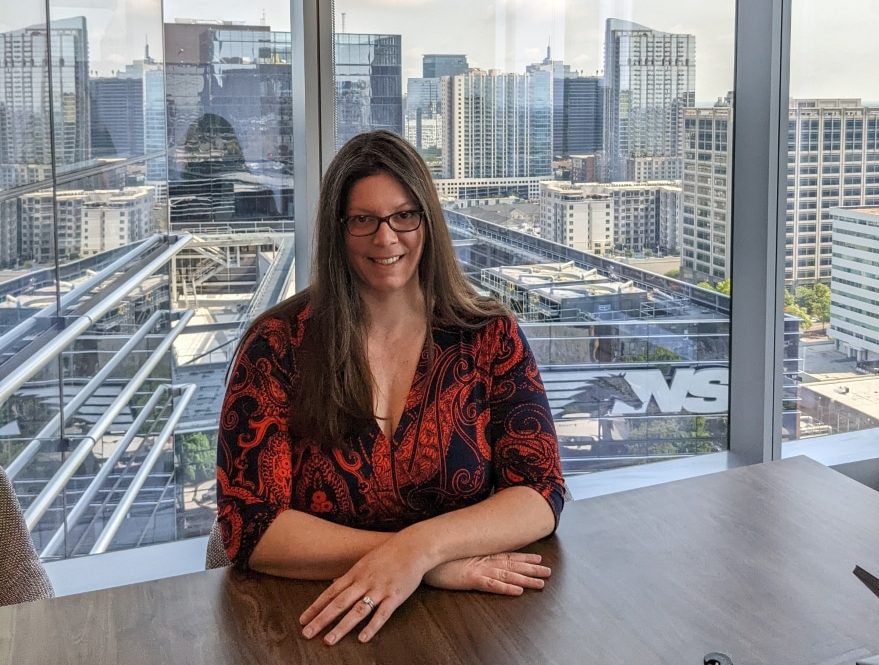 Chouest is now the deputy general counsel for markets and regulation for Norfolk Southern Corp. She doesn’t really get to ride the rails, but her work with regulators, as well as M&A, protects the company’s interests and ensures it can serve the public.

Norfolk Southern operates more than 20,000 miles of railroad in 22 states. Its service area is east of the Mississippi River, and it’s one of the four largest rail carriers in the U.S., Chouest says.

“There’s something really fascinating about how we move products through the country,” she says. “We’re integral to the economic foundation of the country.”

Chouest is part of a team of five attorneys who manage the legal department’s work with federal regulators. They also oversee carrier contracts and freight agreements and M&A for buying or divesting rail lines.

In April, Chouest helped Norfolk Southern executives prepare for public testimony in front of the Surface Transportation Board in Washington, D.C. The STB, established in 1995 to replace the Interstate Commerce Commission, is the primary agency regulating areas such as operations, freight rates and service. Norfolk Southern’s leadership was among those from several Class I railroads asked to report on railroad service, including its hiring efforts and revisions to its operating plan. 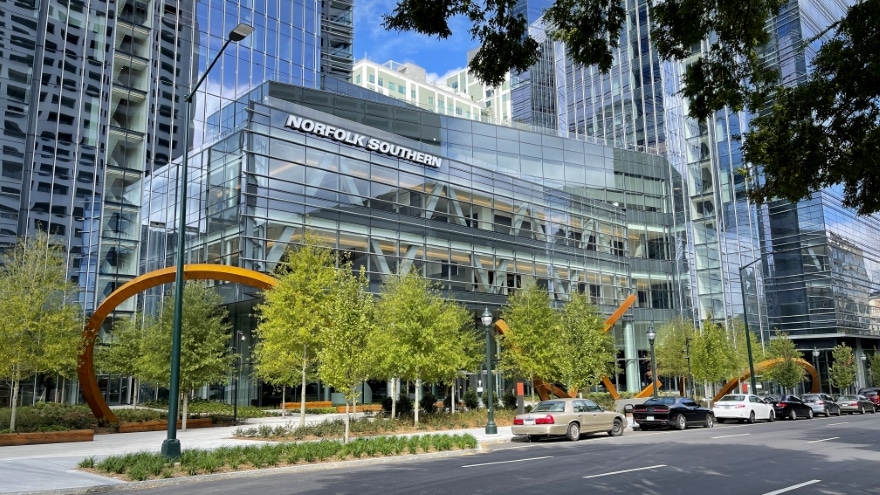 While prepping leadership for testimony, Chouest and her team provided them data them on rail service. The stakes were high, she says, because the STB is empowered to revisit and amend service regulations collectively known as the common carrier obligation. The STB can also revise rules and processes for rate challenges and “reciprocal switching,” a practice the STB is considering instituting to require carriers to switch traffic with a competitor.

Those are potentially costly decisions to Norfolk Southern and other carriers, Chouest says. Freight rates could be reduced or new rules could increase operating costs.

The reciprocal switching issues aren’t new, she says—the STB has been considering changes for a decade. She wants to ensure regulators understand the potential impacts any proposed revision would have on Norfolk Southern and its customers.

“The thing we sell is service and we’re looking for ways to work with regulators on finding common ground,” Chouest says.

Chouest has also helped lead Norfolk Southern’s advocacy in 2020 and 2021 for the STB to use data to make “evidence-based” decisions in its regulatory process. This includes when it considers whether to review commodities exempted from freight regulations and in determining whether a carrier is revenue adequate.

Commodity exemptions range from produce to forest products and iron and steel scrap wastes and tailings. The STB is considering changing its rule-making processes on revoking or granting exemptions from its regulations. 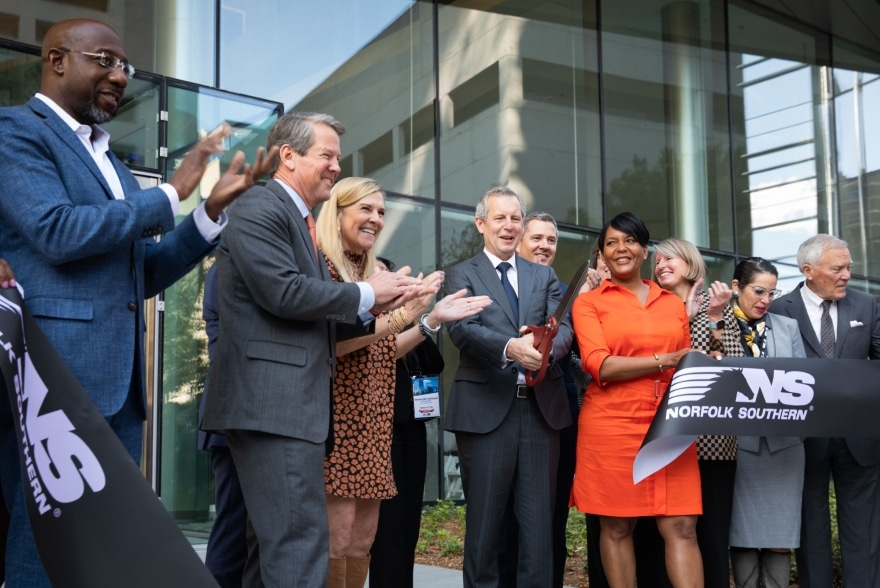 While the STB has not decided on any proposed rule changes, Chouest and Norfolk Southern have supported evidence-based decision making in briefs filed independently and in collaboration with the Union Pacific Railroad Co. and Canadian National Railway Co.

“At Norfolk Southern we believe that good data can produce good regulation that is supported and defensible,” she says. “Evidence-based decision making is key to a balanced regulatory approach.”

There are occasions when Chouest also works with STB regulators to protect Norfolk Southern’s interests on rail lines it doesn’t completely own.

Norfolk Southern and Kansas City Southern jointly operate a 320-mile stretch of railroad tracks between Meridian, Mississippi, and Shreveport, Louisiana. Chouest says she will need to remind the STB that this is a critical route, particularly for intermodal customers who are sensitive to any degradation to service and have competitive options including trucking. 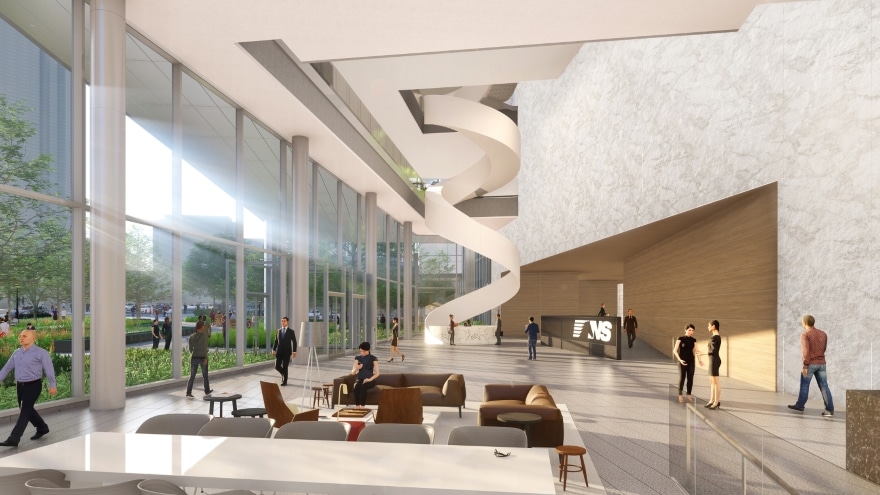 The STB continues to take public comment on whether Canadian Pacific can merge the Kansas City Southern operations into its own. Chouest also represented Norfolk Southern on its interests on CSX Transportation’s acquisition of Pan Am Railways Inc. CSX closed on the deal on June 1, creating a 1,200-mile rail network in New England as well as a connection to St. John, New Brunswick.

However, there’s also a joint venture operated by Norfolk Southern and Pan Am subsidiary Pan Am Southern with tracks from Mechanicville, New York, (north of Albany) to Ayer, Massachusetts (northeast of Worcester).

As the STB considered the sale, it also approved CSX taking over Pan Am Southern’s 50 percent interest, as well as approving new trackage rights for Norfolk Southern between Worcester and Ayer.

A Toronto native, Chouest is the daughter of two attorneys. While growing up, she considered becoming a veterinarian and had a dog walking business when she was in fourth grade.

Law won out over veterinary science as Chouest earned her bachelor’s degree in history from Western University in London, Ontario. She then enrolled at Georgetown University Law Center. After earning her J.D. in 2009, Chouest joined the firm of Sidley Austin LLP in Washington, D.C. 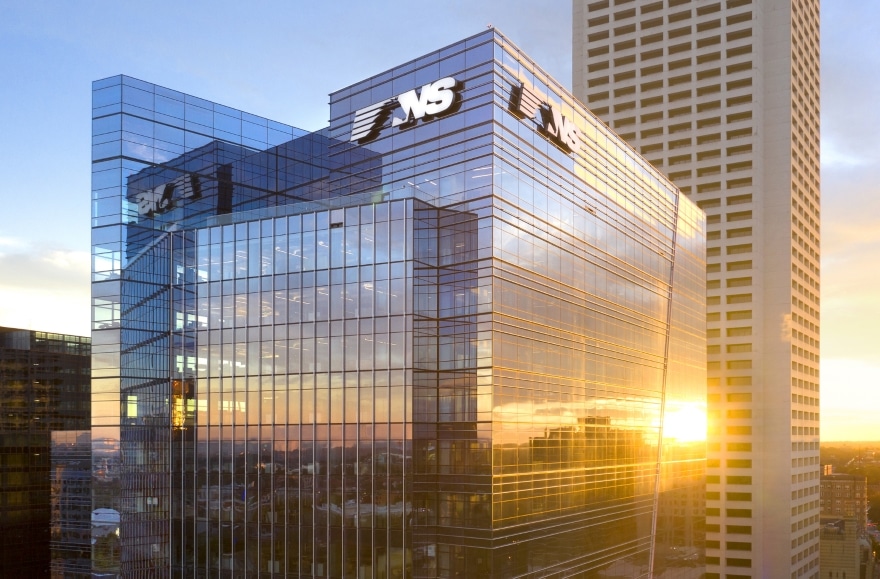 “Sidley had a busy transportation practice,” she says. “On my first day at the firm I hit the ground running getting to experience in a wide variety of regulatory and appellate work.”

Chouest worked in private practice for more than a decade and then decided she might like to work in-house because it offered a greater level of involvement in a company.

“This has been an exciting change,” Chouest says. “I’m understanding the business even more and the regulatory work is busier than ever. New rules come frequently. It’s also an opportunity to interact with the government on behalf of the business and influence the regulatory process.” 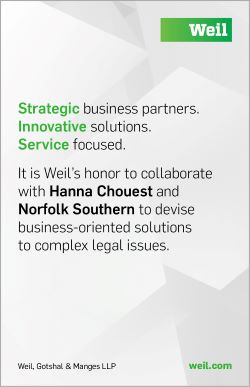 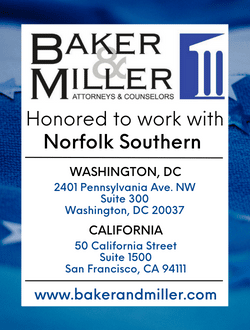 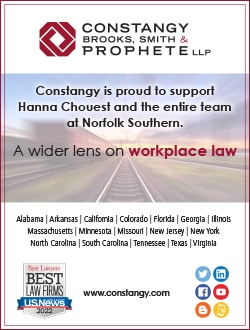 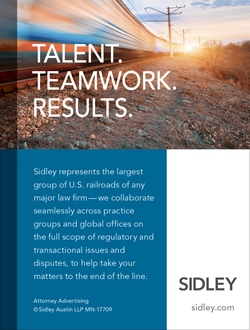