With David Phillips, ‘you’ve got innovation’

It was the dawn of the internet, and America Online held nearly all online consumer traffic thanks in part to that magical mailman’s voice.

But fast-moving digital technology was about to run away from the law, owing to an inferno of legal cases sparked by unclear rules on intellectual property, copyright infringement, privacy, obscenity, free speech, defamation and more. 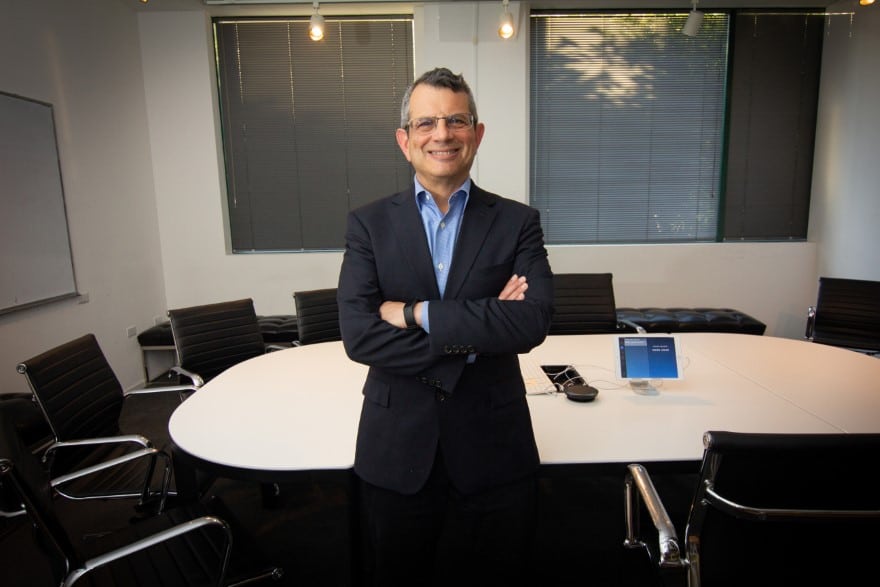 Good thing David Phillips was around.

Now the general counsel and vice president of corporate development for AI platform service Directly, Phillips was an early warrior with AOL and Napster, fighting to create online communities while addressing the darker side of the internet.

“We started ‘notice-and-takedown’ at scale while I was at AOL,” Phillips says, referring to the earliest efforts to self-regulate objectionable online content. “Parts of the policy were enshrined in the landmark Digital Millennium Copyright Act, giving safe harbor to internet service providers as long as they followed certain rules for offending content.”

Such were the “heady times” of innovation in the 20th-century internet: massive opportunity, massive risk.

Flash forward to 2020. Once again Phillips has found himself at the crux of a major online problem: poor customer service. But technological innovation in customer experience is a vision Phillips knows well.

Simply put, Directly’s AI-powered platform is designed to accurately decipher customer questions—no matter that customer’s language, dialect or grammatical idiosyncrasies—in a way that gives both bots and human peers the information they need to solve the problem at hand.

“In all customer service instances, there’s a need for human judgment that goes straight to the trust of the relationship with the customer: Do I cancel the account? Do I issue a refund?” Phillips explains. “We’re trying to reduce the cost and increase the quality and satisfaction rate in customer service and deliver it all at a speed and scale that was never known before.”

Directly has taken the messy world of online chatbots, virtual assistants and automated systems and optimized the experience for companies with mission-critical customer service needs.

Phillips plays a key role in developing and expanding Directly’s intelligent customer service platform, which has been adopted by top online names such as Microsoft, Airbnb, Samsung and others. 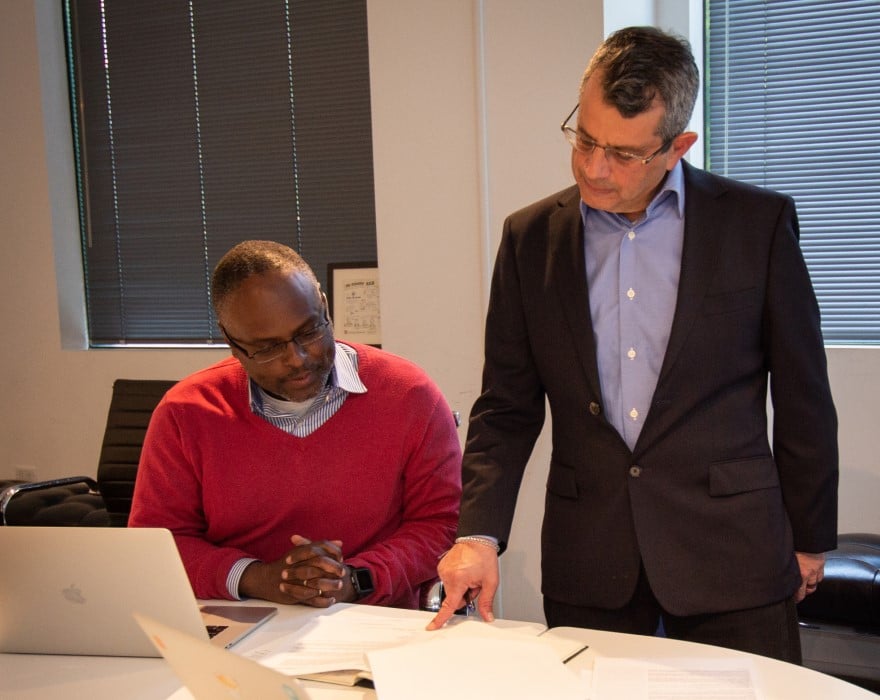 “We seek to help these companies understand what their customers want, provide automated solutions and tap community experts with expertise in the specific product or service to solve customer problems across digital messaging channels,” Phillips says.

That leads to very specific and simple solutions, driven by both AI and community experts. But while these ever-evolving tools are critical to Directly’s suite of services, Phillips says human beings are what make any automation of a customer service experience a success.

“Simple and rigid FAQ chatbots have been disappointing,” he says. “Any company that has used one usually finds out that 85-90 percent fail. The distinguishing feature is to get human domain experts to train and improve the automations.”

Phillips describes how diverse Microsoft properties LinkedIn, GitHub, Xbox and Azure all feature very different consumer experiences. Designing a customer service experience that pleases all of Microsoft requires great technology; but unless that technology is informed by people who have expertise in the offering, it’s bound to fall short.

“That’s the secret sauce for Directly: Make data human filtered, not a black box rule set no one understands but the data scientists,” Phillips says.

At the heart of Directly’s platform is the ability to disambiguate a customer question: trimming out all the words in a string to find the one or two that capture the true intent of a consumer inquiry.

“Before, an email to an anonymous email box would produce a mediocre response, at best in 24 hours. Now we respond in seconds with an increase in quality and at a fraction of the cost. That’s because we’ve been able to train AI systems with people who are in the best position to understand what’s needed and how to resolve the inquiry quickly, efficiently and pleasantly.” 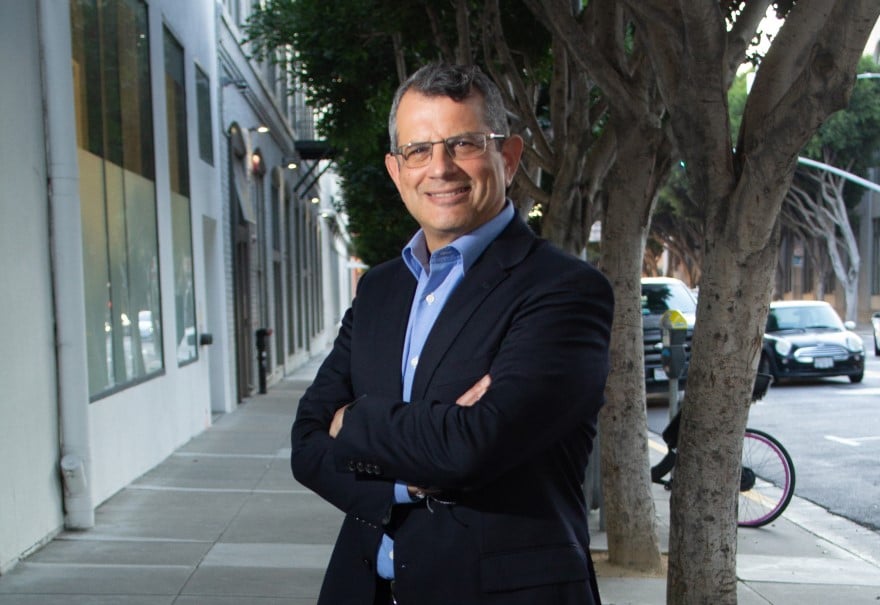 In 2019 Directly acquired a company called Kylie.ai to expand the former’s transactional functionality, offering customers the ability to intelligently trigger an action that would typically require agent intervention like processing a refund or tracking an order.

Phillips’ was equally involved in the acquisition, from conducting extensive due diligence into Kylie.ai’s finances, to managing Kylie.ai investor questions and taking stewardship over the company’s intellectual property portfolio.

In all, he’s kept a laser focus on customer experience learned from his early days at AOL.

“I think the question is, how do you empower people, but also have rules that restrain people?” Phillips says. “How do we embrace the internet’s unique power without giving everyone a pass, so bad actors take over the medium and interaction devolves to the lowest common denominator?”

Like pretty much everyone, Phillips has had his fair share of miserable service experiences that prevented him from returning to a business.

“In a recent call to a health provider, I was bounced around a lot, phone-treed to death. On my fourth transfer, I had to repeat again my name, date of birth and the issue I was having … . I started feeling irritated,” he says. “Each agent had no prior history or context for any of my questions.”

For large companies, the customer experience stakes are huge. An American Express study found that 33 percent of American consumers consider switching companies after just one instance of poor service. Similarly, a 2017 Salesforce.com study showed that 74 percent of people are likely to switch brands if purchasing or support is too difficult.

“Over the last 20 years, you’ve had call centers outsourced, interactive bots, dumb IVR decision trees,” Phillips says. “But now there’s an explosion of volume of CX inquiries—24/7 digital channel magnifiers that get you 24/7 email, Facebook, Twitter and Yelp! for angry customers to tell the world about you. This has overwhelmed those traditional service methods. Now companies have no other choice but to disrupt that model. They’re doing so, but in half measures, incrementally.”

Investors are getting demanding, too.

“When companies are spending $2 billion on a poor customer experience, I’m not sure how it’s still considered a cost center,” Phillips says. “The idea should be to view any customer interaction as a revenue generating opportunity, to make sure you have that customer for life, so he or she becomes a raving fan, feels they’re heard and isn’t spending their day repeating their time-sensitive problem for a different set of agents.”

Back to the future

As was the case during his six-year run at AOL, the challenge and excitement for Phillips is in embracing the newfound—and often unknown—possibilities wrought by the internet’s always-on interactivity.

For Phillips, that translates to putting humans at the forefront of the AI revolution.

“The idea is to embrace the web’s unique power without giving everyone a pass so we have bad actors take over the medium and we have a devolution to the lowest common denominator,” he says.

If you put humans at the center of AI, machine learning and automation, it’s quite the opposite of the dystopian version of AI that we hear a lot about today. Human-centric AI can release people from the narrow, routine and repetitive tasks that make work drudgery and refocus work around uniquely human strengths: empathy, nuanced judgement and higher-order problem-solving skills in complex, variable and fast-changing environments. Engaged human collaboration with AI technology can complement their strengths: tapping the creativity, social skills and leadership of humans with the quantitative power, speed and scale of computers.” 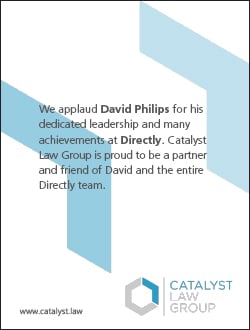