Not bound by bureaucratic business as usual

It was a high-stakes program that Deborah Greenberg’s employer was embarking upon last year, just prior to bringing her aboard as chief legal officer and corporate secretary of the Canada Mortgage and Housing Corp. (CMHC).

With the backing of Prime Minister Justin Trudeau, Canada’s self-sustained national housing agency was committing to a 10-year, $40 billion plan to ensure that the country’s most vulnerable constituencies would have a roof over their heads. The so-called National Housing Strategy launched last year, garnering generally positive reviews for its innovative approaches on the housing ownership and rental fronts. 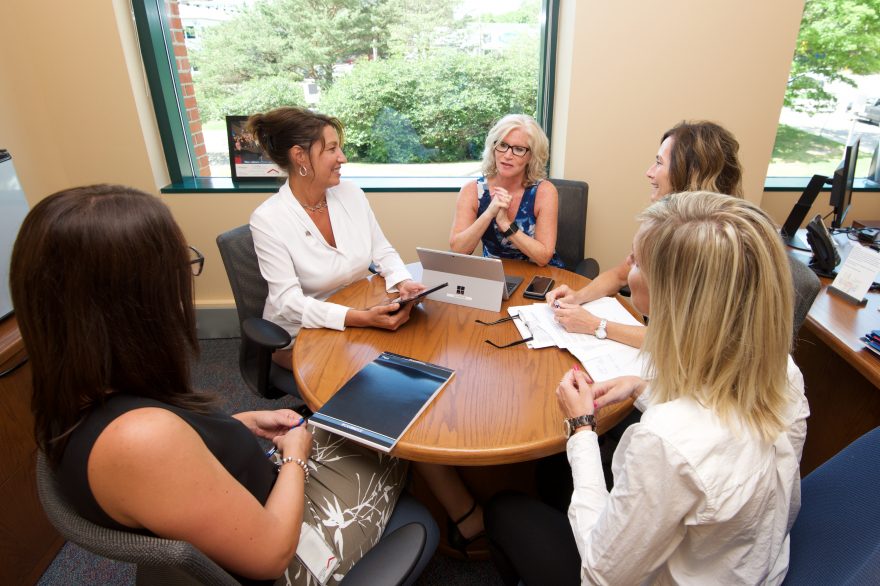 While even the abridged details are enough to fill a 41-page PDF, the generalities can be described as: creating more affordable housing via a co-investment fund, upgrading the current inventory, ensuring that housing providers have the technical means of accommodating their residents and spearheading initiatives aimed at making housing as basic a Canadian right as national health care.

In need of someone who could not just oversee but transform the legal department crucial to the plan’s success, CMHC President and Chief Executive Officer Evan Siddall entrusted a headhunter to bring forth a candidate.

Hence the high-spirited Greenberg who—like Siddall—had compiled an impressive resume in the private sector and didn’t feel bound by bureaucratic business as usual. Nor by a conventional legal mindset.

“Lawyers aren’t trained to be leaders. They’re rewarded for getting the job done, regardless of the ‘how,’” Greenberg tells Vanguard in June from her Montreal office. “Of course, outcomes are important, but so is the need for me to think more broadly and strategically and to empower the people around me. The rest will take care of itself.”

Siddall, sharing those sentiments, let Greenberg do what she thought was necessary to transform the department of almost 40 lawyers, paralegals and other support staff. Among that crew are experts in most every area that has to do with the housing continuum—financing, land-use, litigation, construction, securitization, insurance etc.—but Greenberg wasn’t shy about reassigning them. 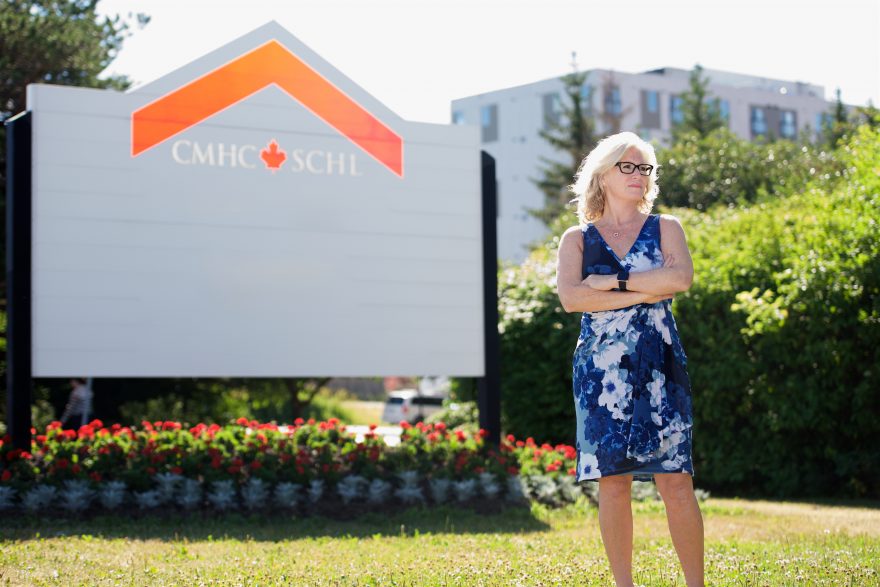 “It’s important to move people out of their comfort zones and let them develop new areas of expertise,” she says. “That’s how they become leaders.”

Maintaining proper perspective is also important. “We’re not saving lives,” Greenberg would remind—following her own example of checking her ego at the door.

“Since I joined CMHC, I have been saying that working here is a constant exercise in humility, as I am surrounded by people who understand how to fulfill our mandate better than I do,” she says. “My role is to enable them to do their jobs, and to be there to catch them should they require it. Even though I’ve only been with the company a short time, they already know that I have their backs.

“I’ve seen a shift in what’s become not only a high-functioning team, but a highly engaged one, as well. You don’t normally find this kind of energy in this kind of an operation.”

But you might when its leaders enter public life after distinguishing themselves in the no-excuses-accepted private sector. By that metric, Siddall and Greenberg seem kindred spirits indeed—the former an erstwhile entrepreneur and investment banker who doesn’t let his early-onset Parkinson’s prevent him from cycling and skiing.

And Greenberg, well, she’s a latecomer to the legal profession, not having enrolled in law school until the age of 29, years after disappointing her lawyer/judge father who recognized in his daughter the feisty traits and natural intelligence that seemed to spell budding attorney.

“The legal profession just suffered a big loss,” she remembers Benjamin Greenberg saying when, upon earning a Carleton University undergrad degree in psychology, his daughter opted for such pursuits as marketing and advertising. 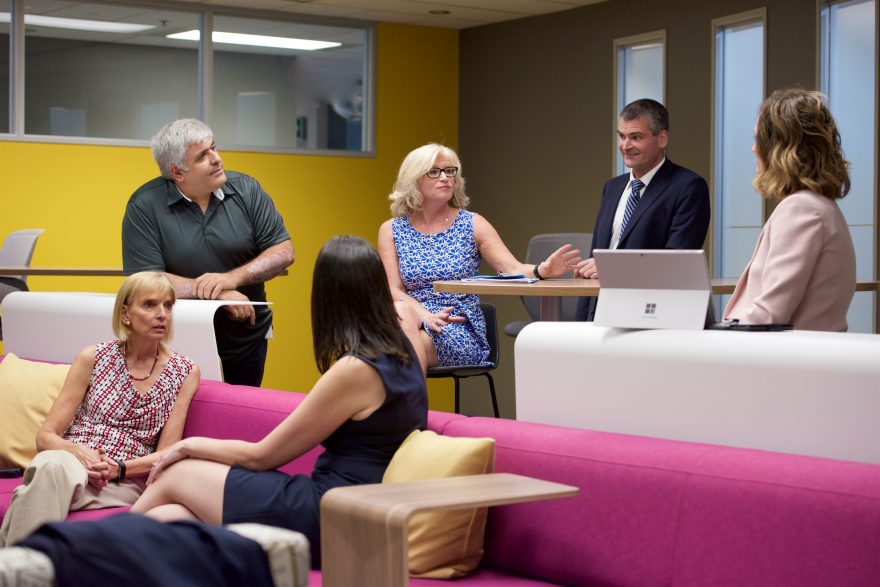 Not that those means of livelihood would satisfy her intellect long term. Could be the best advice she ever got was from someone who said, “For the love of God, just go into law.” Upon Greenberg responding that it would take too long and she was getting older, the retort was “The years will go by anyway.  You may as well do what you love.”

And love it she does.

As Greenberg was to find, 29 wasn’t too old to begin legal studies. By her observation, 22 might be too young for many to begin practicing.

“You need gravitas to succeed,” says the now 52-year-old, who, since completing her management, civil and common law degrees at McGill University, has enhanced her credentials with business courses at the University of Toronto and Western University, including obtaining the designation of ICD.D from the Institute of Corporate Directors in their well-regarded corporate governance program.

Business being her first love, Greenberg held a series of in-house positions after serving as an associate with the Canadian firm of Davies Ward Phillips & Vineberg. After several years at that firm, she realized that she didn’t love the traditional practice of law as much as she did the ownership of the outcome that would be all the more profound in-house.

She came to the CMHC after a decade with Aimia Inc., a Montreal-based data-driven marketing and loyalty analytics company, where she held the role of general counsel, and her performance won her such plaudits as the 2014 Global Counsel Award in the General Commercial Law Category and a 2016 listing among the GC Powerlist of 100 top Canadian in-house general counsels.

Though such plaques look good on the walls of the house she shares with Martin, her husband of 26 years, Greenberg still doesn’t consider herself a lawyer in the traditional sense.

“I’m a businessperson with a law degree,” she says. “While I love analyzing things, that’s not the end of the story. I’m not a laid-back kind of person. Evan and I are similar—relentless in our bias to get things done.”

And there’s another happy byproduct of the career path Greenberg opted for at the grizzled old age of 29.

“My family’s really supportive and very patient with me. I split my time between Ottawa and Montreal so I am not home a lot, but they are proud of me,” she laughs. “Especially, my father.”

That’s her father who is in his eighties and still hearing arbitration cases. Meanwhile the couple’s daughter, Cassidy, is at McGill studying  psychology, as her mom had done, and their high school-age son, Jake, seems headed to either medicine or law.

Could be they, too, will take a circuitous route getting where they belong—and make the most of it when they arrive.