Looking through display cases to select the perfect piece of fine jewelry is an exciting moment for most people.

But there’s work happening behind the scenes they don’t see. It has a lot of legal implications, too, from design to manufacturing, especially when it involves crossing international borders. At Birks Group Inc., Miranda Melfi ensures the process goes smoothly as the vice president, human resources, chief legal officer and corporate secretary. 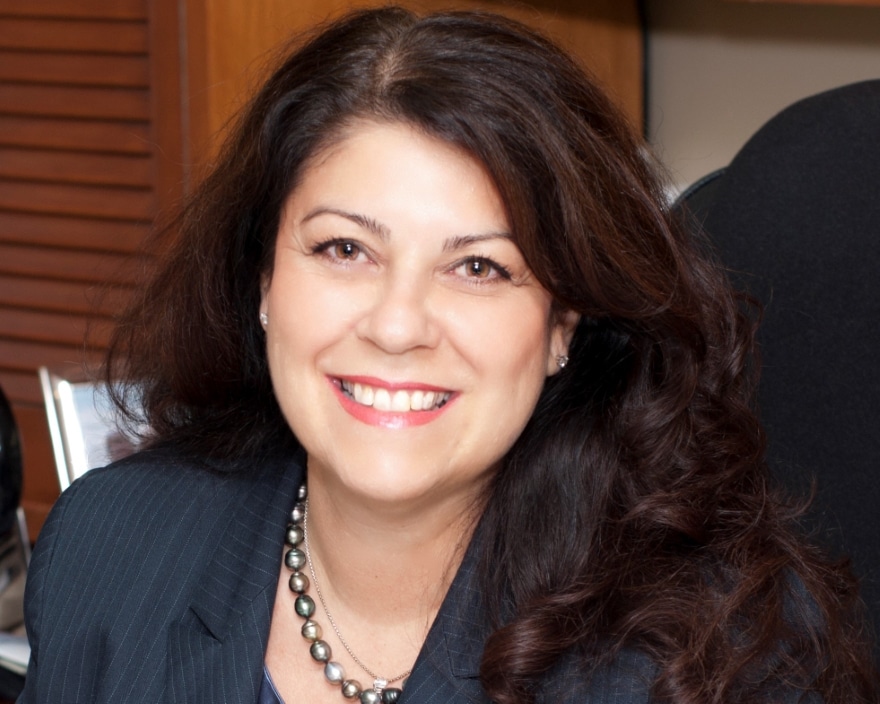 Founded in 1879, the Canadian luxury jeweler has developed its Bijoux Birks brand of fine jewelry, bridal jewelry and gifts, which are sold through its retail stores (called Maison Birks) and to other luxury retailers in Canada, the U.S., U.K., Poland and Bermuda. Its Maison Birks stores sell jewelry and watches from other international luxury brands, as well.

As the company was building its wholesale operations, Melfi and her teams supported the wholesale team by hiring personnel, putting contracts in place and navigating regulations in other countries. This work is ongoing as Birks Group seeks luxury jewelry retailers to partner with in markets outside of Canada, such as in Europe, the Middle East and Asia.

“The company is focused on expanding internationally and gaining more global brand recognition for Bijoux Birks,” she says. “As in-house counsel, the most important thing I can do is understand the business, so I can provide timely and solution-driven legal and risk management advice so that the company can make the best decisions.”

When selling Bijoux Birks jewelry internationally, the company needs to ensure it has agents who understand foreign markets and can represent the brand well in them.

Melfi and her legal team ensure that the negotiated business terms are reflected in the agreements with international wholesale partners, which include SAKS Fifth Avenue stores in Canada and the U.S., Goldsmiths and Mappin & Webb in the U.K., and Mayors stores in the U.S.

The legal team also works with outside counsel to ensure that the company’s trademarks and security interests are protected in each country where Bijoux Birks jewelry is sold. 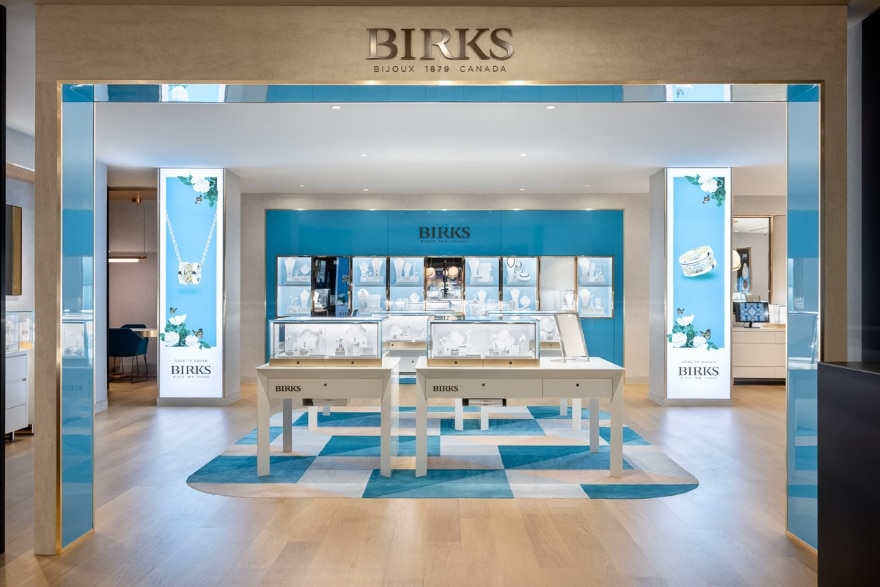 “There are many steps involved in exporting products,” Melfi says. “Outside counsel is very helpful in navigating foreign laws that could be applicable to us.”

She works with the executive team on the international wholesale strategy to determine which markets the company should target and its growth plans for the next three to five years.

“It’s a very collaborative approach led by our seasoned CEO, Jean-Christophe Bédos, and my input, even outside of legal or HR matters, is valued,” she says. “Having a business background allows me to better understand the business aspects and the strategic planning process.”

When she was hired by Birks in 2006, the company had recently become a public company trading on the NYSE American stock exchange and was without a general counsel. She quickly learned the business as she put new policies and corporate governance practices and procedures in place. She was also involved with the company’s first annual report and first management proxy circular, and organized its first annual shareholders meeting.

Melfi first became involved with public companies in the ‘90s while working at Fasken, a Montreal law firm, where she helped client Stella-Jones Inc. acquire a division of one of Canada’s largest pulp and paper companies. Shortly after the acquisition, she helped its executives take the company public. But, Stella-Jones didn’t have the corporate structure, policies, procedures or securities regulations knowledge to operate as a public company. Melfi was hired as its vice president, legal affairs and corporate secretary. 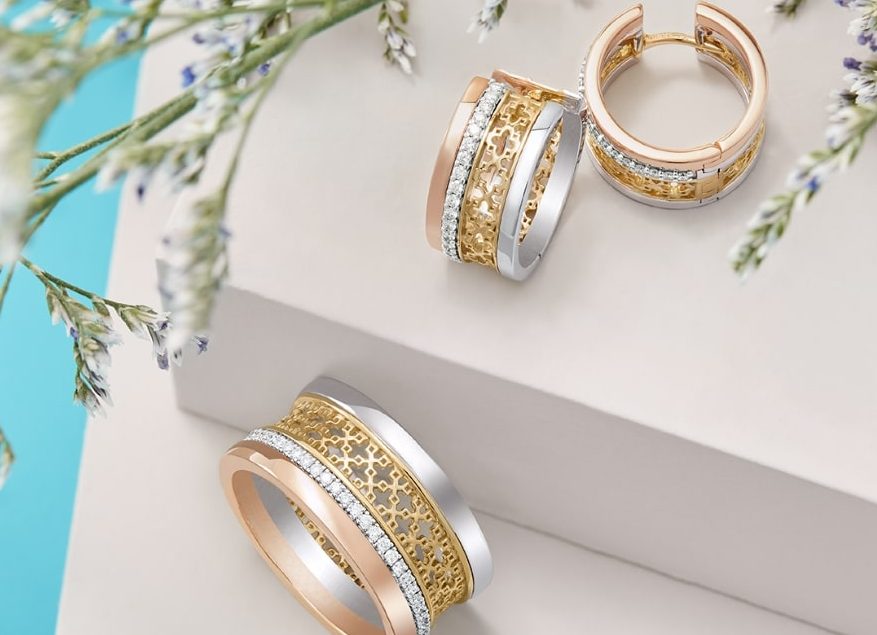 “The opportunity was too good to pass up,” she says. “I always saw myself going in-house.”

The situation at Birks Group was different than with her other public company experience because the company was public in the U.S., but not in Canada because of a reorganization with its U.S. public subsidiary, Mayors Jewelers Inc.

Melfi says that although the public company obligations in Canada and the U.S. are similar, there are important differences. She works with the law firm Holland & Knight to ensure Birks Group complies with U.S. public company reporting obligations and corporate governance best practices.

“Being public in a foreign jurisdiction but not in your own is a unique situation,” she says. “You need knowledgeable partners to help you navigate the differences.

Melfi came to Birks Group in 2006 after Cascades Boxboard Group decided to go private and she realized she missed the public company aspects of her work.

“In terms of comparison to pulp and paper products, high-end diamond jewelry is a lot more exciting,” she says. 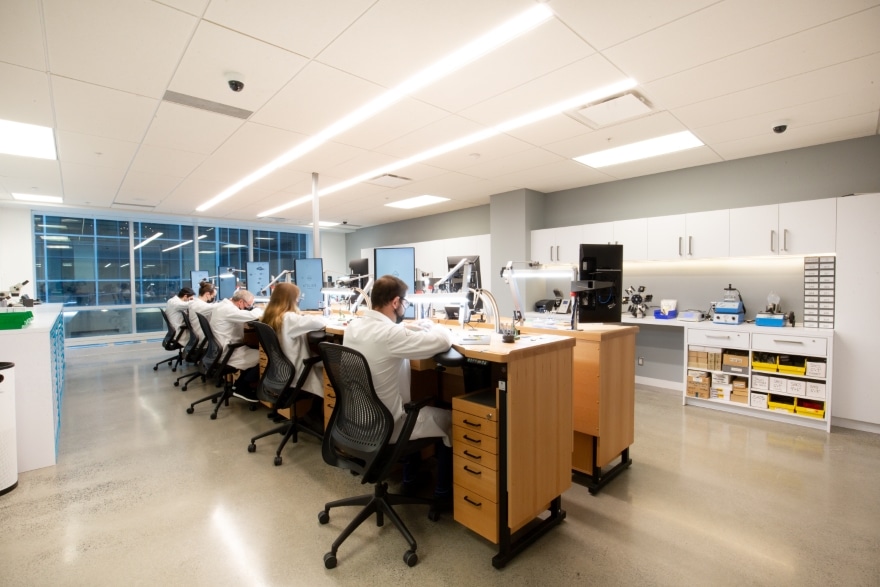 Melfi has enjoyed helping Birks Group develop over the past 16 years and become more focused on growing its Bijoux Birks brand. In 2018, she took over the human resources department, which she says has been an interesting challenge, especially during the COVID-19 pandemic. She recommended creating a crisis management team to navigate challenges such as temporary store lockdowns and layoffs, health and safety protocols and stakeholder communications.

With business picking up following the stores re-opening and customers continuing to seek luxury items, Melfi says she’s excited to be helping with expansion plans.

“We are constantly working on new ideas and initiatives and no two days are ever the same, making my work very interesting,” she says. “As Birks Group expands internationally, it is definitely an exciting place to be.” 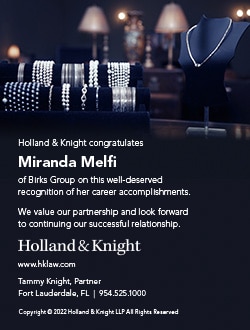