When IBM separated its managed infrastructure services business to create Kyndryl, over 80,000 employees transferred to the new company. Among them was Ed Sebold, Kyndryl’s general counsel and corporate secretary.

“It’s been a career goal of mine to be a general counsel, especially for a public company,” he says. “Working with Kyndryl represents a great opportunity and it has a start-up energy, so I’ve been able to shape and lead a team.” 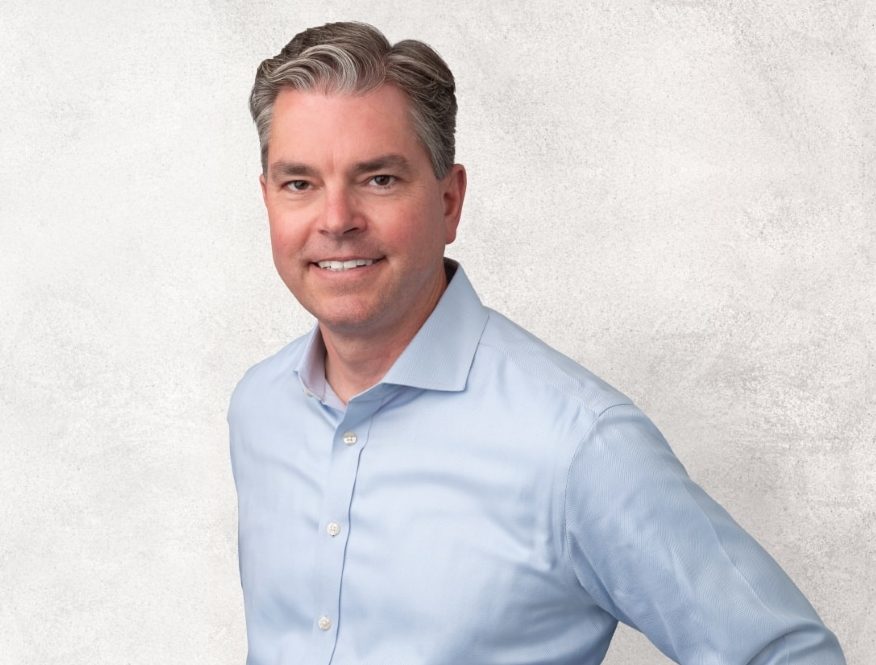 Kyndryl, headquartered in New York City, designs, builds and manages enterprise-scale information systems. Sebold and other executives began building their teams and creating policies and structures in January 2021, with the spinoff from IBM being completed in November.

They also defined the company’s mission and values, which are summed up as “the Kyndryl Way,” Sebold says. The tenets of this include having empathy, being restless in innovating and being devoted to shared success.

“We want everyone to be on the same page and behind the same mission,” he says. “It allows us to focus on delivering exceptional service and be at the heart of progress for our customers.”

As a lawyer, Sebold says being empathetic allows him to better understand multiple viewpoints.

It’s also allowed him to support the needs of Kyndryl’s CEO and its board as everyone becomes familiar with the new company and their roles. There was already some structure in place from IBM, but in many ways the company was starting from scratch, Sebold says. While IBM did most of the board recruitment, the legal team assisted in promoting diversity across race, gender, geography and industry experience.

Sebold helped onboard new members and develop board policies and governance procedures. He did this while also developing company policies and establishing public company services, such as U.S. Securities and Exchange Commission and shareholder reporting, and support functions, like the litigation team and the employment/human resources team. 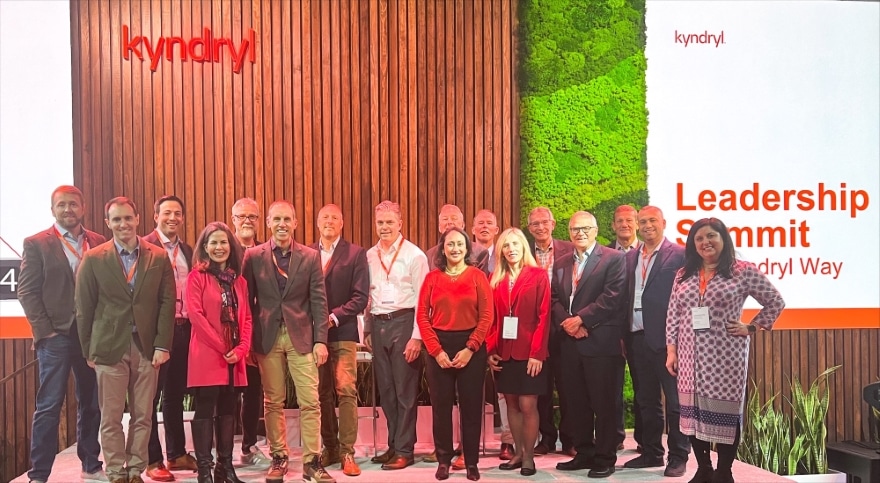 He leads over 300 people, 130 of whom are lawyers and contracts professionals. Security and crisis management personnel also report to him. Most of his team had previously worked at IBM, which he says made the transition easier because they could help build the new company.

“In this type of environment, you need people who can operate independently and exercise good judgment,” Sebold says. “Often, we’re working on the cutting edge, so we’re dealing with incomplete information and need quick decision-making.”

He says his team must consider what the company and its customers need, especially when it comes to navigating risk. Many of Kyndryl’s customers came with the company from IBM and it’s important that they continue to receive the same high level of service, he says.

“I think being empathetic is what helps to differentiate us and shows that we understand our external customers and internal clients and their needs,” Sebold says. “We’re able to put ourselves in other people’s shoes.”

Sebold is guided by this mindset outside of his typical job duties, too. He’s on the board of the Pro Bono Partnership, an organization that matches in-house lawyers with pro bono cases. Kyndryl has begun working with the organization and Sebold and his legal team are determining what types of cases they want to be involved with.

Throughout his career, Sebold has provided pro bono advice and negotiation services as well as litigation. That’s included leading a team of lawyers in exonerating a wrongfully convicted man, Joe D’Ambrosio, from death row. Sebold worked on the case from 2005 to 2008 while a partner at the global firm, Jones Day. D’Ambrosio was eventually released from prison, recovered $1 million in damages from the State of Ohio, and the case was profiled in the documentary “Death Row Stories.”

“For me, working on the case was a powerful reminder that due process is essential to ensuring fairness in the legal system,” Sebold says. 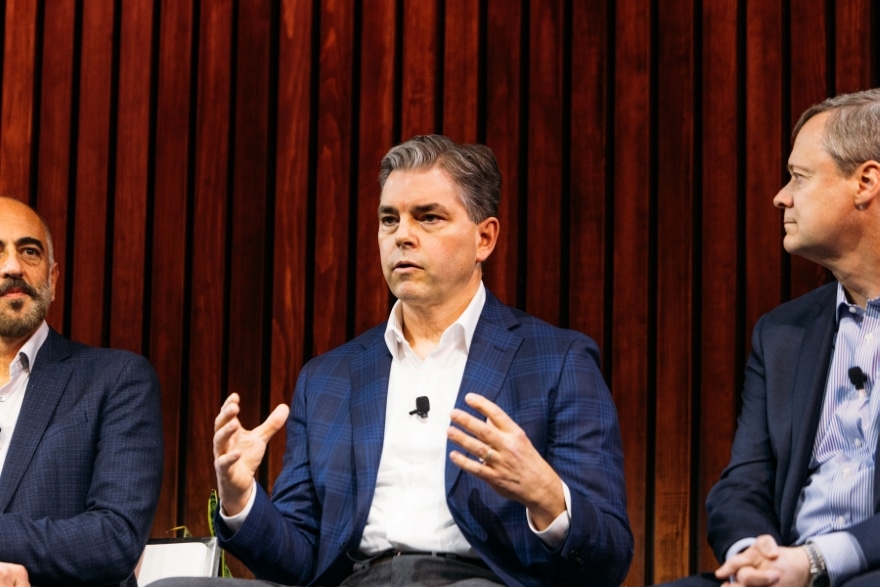 Sebold was at Jones Day for over 18 years—12 of which were as partner—before coming to IBM. He spent almost nine years as vice president and assistant general counsel, which he says was a big shift from working at a law firm. He helped oversee IBM’s litigation portfolio, including intellectual property matters. He also supervised investigations and managed compliance with federal, state and international regulations.

In 2015, Sebold helped IBM launch its Watson Health unit, a startup focused on digital health care data and analytics. He became general counsel of the group, which involved leading regulatory matters as well as developing policies and procedures and recruiting a team. The experience got him excited about working in the startup space and helping build a company, which led to him becoming involved with Kyndryl.

“In some ways, it’s everything I expected, but it’s also so much more than I could have imagined,” Sebold says. “It’s very fast-paced and different issues come up every day. It’s been so invigorating and gratifying to see our team embrace the challenge.” 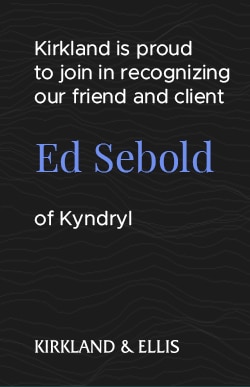 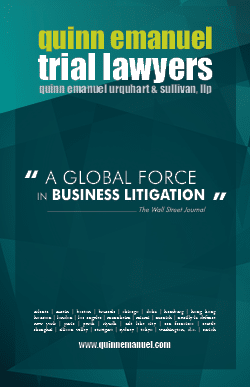 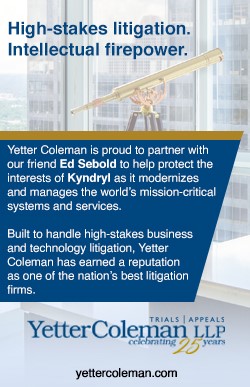 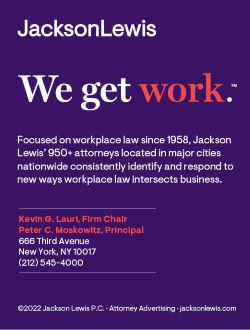 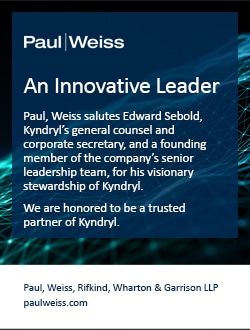