Eric Reicin believes there are four levels of in-house counsel: the scribe, the legal practitioner, the trusted advisor and the business partner.

“The leading in-house counsels are focusing most of the time on the trusted advisor and the business partner roles,” says Reicin, who is vice president, corporate counsel and general counsel at MorganFranklin Consulting.

MorganFranklin is a midsized strategy and execution management consulting firm that focuses on providing advice and services to senior executives and the federal government. 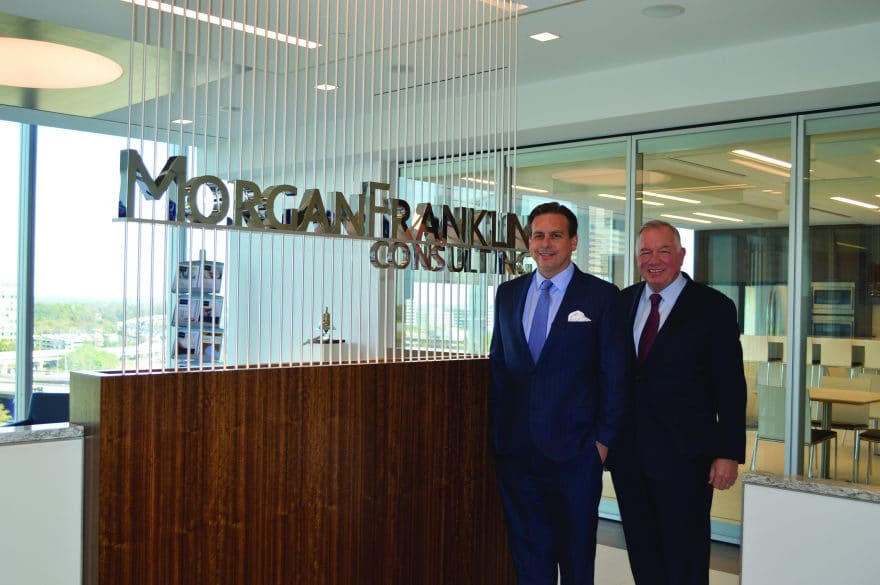 Reicin joined MorganFranklin after practicing in law firms and then spending 14 years in senior legal roles at Sallie Mae Inc., including serving as senior vice president and deputy general counsel. Since then he’s learned to adapt the legal practices he used at that large, publicly traded company to his midsized company. In the process, he is perfecting when to play each of the four in-house counsel roles.

“Depending on the size of the company, you may have in-house counsels who play all four roles,” Reicin says. “I think that all attorneys should aspire to be more than just a legal practitioner or scribe, that you should weave your legal advice into trusted advisor roles and business partner roles.”

Reicin served in senior legal roles at Sallie Mae when the company was the largest student loan company and one of the largest debt collectors and loan servicers in the U.S. In those roles, he had the opportunity to partner with the executive team, lead legal and operational staff in six cities simultaneously and play a part in a wide range of legal, strategy and corporate governance roles.

He also had the chance to work closely with C.E. Andrews, who held senior roles at Sallie Mae from 2003 through 2008, including president and CEO. When Andrews joined MorganFranklin as CEO in 2013, Reicin jumped at the opportunity to work with him again.

“I’ve long admired his honest and selfless approach to leadership,” Reicin says of Andrews. “He brings with him a culture of trust and optimism that is focused on client needs, and I’ve worked with him hand-in-hand to further build MorganFranklin over the past three years.”

Reicin also saw an opportunity to work as a business leader and to build MorganFranklin’s first in-house legal department. “I essentially came in at ground zero,” he says.

In building the department and reducing prior dependence on outside counsel, Reicin earned the trust of the executive team and the board of directors. He had to show the value he adds behind his legal skills.

“[As general counsel] it’s important to get into the weeds on legal matters, but you have to do it with the biggest picture of what the company’s goals are, how to grow the company, how to serve the company’s long-term interests,” Reicin says. “And now as an ESOP, we obviously care very much about the long-term growth of this company for our employees.”

MorganFranklin was not always 100 percent employee-owned as an ESOP (employee stock ownership plan). When Reicin arrived it was a founder-owned company, but the firm’s three co-founders decided to initially convert to an LLC and sold a minority portion to the management team in 2014.

The ESOP conversion was one of Reicin’s most rewarding in-house experiences, requiring him to play all four of the in-house counsel roles.

“The negotiations with all these different parties and perspectives all at once were a fascinating and interesting project for me,” Reicin says. “In the end the final deal was 5 feet of stacked paper, but it was a great project… it really was like a Rubik’s Cube trying to fit all the pieces together.”

The ESOP conversion was one of Reicin’s most rewarding in-house experiences, requiring him to play all four of the in-house counsel roles. Reicin also relied on his experiences at Sallie Mae and in law firms when he helped advise the formation of a new business line for MorganFranklin: its Corporate Investigations & Dispute Solutions practice.

He used his extensive experience in high-dollar corporate and government investigations and related litigation to help build a team of senior former and “retired” law enforcement investigators who can guide corporate and ultra-high-net-worth clients through investigations around issues such as the Foreign Corrupt Practices Act (FCPA), executive misconduct, white-collar theft and naked short selling of stock.

A fifth role: the giver

To help navigate his role as general counsel at a midsized company like MorganFranklin, Reicin founded a “DC GC Off the Record Lunch Group,” which gathers general counsels in the Washington, D.C., area together monthly.

“A number of us have come from very large organizations and are now at midsized organizations, and sharing best practices is really a way to help us provide better value to our organizations,” he says.

Reicin is also the co-chair of the Association of Corporate Counsel National Capital Region’s GC breakfast club, and he believes it is important that attorneys give back. He is the executive leadership team chair for the 27th annual Lawyers Have Heart 5K and 10K race to raise funds for the American Heart Association. The race will attract an estimated 250 firms and companies and more than 6,000 runners. Organizers hope to net $1 million in 2017.

“You learn to give back through your family when you are young and you try to uphold the values of your family.” – Eric Reicin

“I think it’s extremely important to give back to the community and that there are so many programs and organizations that can greatly benefit from the knowledge and skills professionals acquire throughout their careers, whether it’s a legal organization, pro-bono activity or a charity of your choice,” Reicin says.

“You learn to give back through your family when you are young and you try to uphold the values of your family,” he says. “My family has always tried to be charitable.”

That family influence was strong. When most children were being asked if they wanted to be a computer scientist, firefighter or police officer, Reicin was asked at a young age if he wanted to be a litigator or a transaction attorney.

“As general counsel, I’ve been able to choose both paths and be both a litigator and a transaction attorney,” he says. “Further, being able to serve simultaneously in all four levels of in-house counsel at MorganFranklin has been incredibly rewarding.”