It’s a well-known perk of the construction industry: workers get to see the fruits of their labor. That’s not limited to the field staff driving nails or the superintendents watching buildings rise, though. The benefit is true for general counsels in the construction and engineering realm, as well. General counsels, like Richard Tong, see the fruits of their labor in ways outside counsel simply cannot.

Tong is general counsel and executive vice president at NV5, a technical engineering and consulting services firm in Hollywood, Florida. NV5 specializes in five verticals—construction quality assurance, infrastructure, energy, program management and environmental—and in just seven years, it’s experienced exceptional growth. Tong has been integral to that, and the fruits of his labor, the value he adds, are perhaps as clear as any landmark.

In 2010, five individuals who had previously worked together at an international inspection and testing firm, launched NV5. Tong was one of the original five.

Since then, NV5 has grown to more than 2,000 employees, expanded globally and reported its revenue at $45 million. That’s largely thanks to the firm’s aggressive acquisitions. NV5 completed six acquisitions before going public on the NASDAQ in 2013, and it’s since completed another 17 acquisitions. The company’s shares, which started at $6, reached an all-time high of $35.99 in 2016. 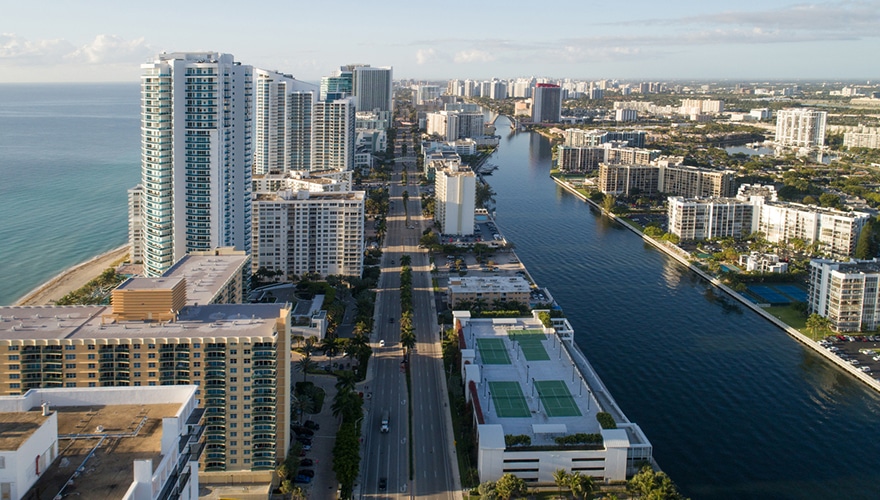 In 2016 alone, NV5 completed eight acquisitions. While most of those have been in the U.S., NV5 did acquire JBA Consulting Engineers, which brought the firm into China, Vietnam and Macau.

So in just seven years, NV5 has helped build both physical construction projects and a rapidly expanding company. Tong and his legal team have helped drive that growth.

Beyond the call of law

Creating value is Tong’s top priority. In the case of NV5, that means not slowing business deals with overly burdensome risk mitigation policies, but instead, offering comprehensive due diligence during acquisitions, negotiating contracts to benefit both NV5 and its clients, and reviewing non-performing contracts. Ultimately, Tong’s goal is to enable NV5 to do more work and to maintain a strong reputation.

“When you’re in-house you basically have one client, the corporation, and it’s satisfying to see what impact running a legal department can have on creating growth and value in a business,” he says. “You know [when] value is created, the stakeholders, the employees, they all share in that experience.”

Creating value for employees, as well as stakeholders, is especially important at NV5, which has a restricted equity incentive plan that allows employees of all levels to own stock in the company.

For Tong, being able to see, over the long-term, the value his legal team brings is a main benefit to being in-house, versus being outside counsel. Often, when law firms do transactional projects, they don’t see the success or value that’s built, he says. As in-house counsel, Tong is able to really share in NV5’s growth.

“That’s what I enjoy,” he says. “If we can create value for people and have some fun while we’re doing it, I think it’s a lot better, for me, as a lifestyle.”

Best in the business

As general counsel, Tong oversees a legal team of three licensed attorneys and three support staff. Like Tong, his team is committed to supporting business operations and driving growth. They understand that the business is their client, and they work to add value to everything they do. Whether the legal team is negotiating contracts, addressing claims, navigating risk management or assisting in acquisitions, it makes sure not to be a “bottleneck.” By not slowing those processes, the legal team saves time, and thus money.

Whether they’re in-house or outside counsel, Tong says the best lawyers are business lawyers. “The lawyers that get it, whether they’re internal or external, those are the ones that are successful.”

Business acumen is especially important at a company that conducts as many acquisitions as NV5.

“We’re able to keep a lot of balls in the air, doing several M&A transactions at once and managing the risk management department, the legal department and supporting the operations while doing so,” Tong says.

The fact that Tong seeks out attorneys with industry experience gives his team an advantage. Tong himself has a bachelor’s degree in biology, and he looks for staff with either professional experience or an undergraduate degree in engineering or science. That way, his team can speak the same language as the companies it’s dealing with.

Understanding the industry—how project cycles work, which OSHA requirements NV5’s companies are bound to and who their clients are—helps ensure that Tong’s attorneys aren’t overly risk averse. It’s helped them craft 14 different types of terms and conditions, which can be applied as necessary to various situations.

“The risk management can’t be so hollow,” he says. “It has to be specific enough that it suits your needs, but it can’t be so general that it’s not adding value.”

Tong is constantly striving to improve the way he and his team support the business, and he relies on the latest technology to boost efficiency.

“Everything can be improved, I think, and if we get 10 percent more effort on certain things, that’s what really separates companies that are performing good from the companies that can perform great,” he says.

NV5 shows no signs of slowing down, and neither does Tong.