Everyone loves a good story about making an impossible situation possible—but no one more so than Iván Diego Durontó of AES Argentina.

With only a month to complete a monstrous financial task—the likes of which the Buenos Aires-based energy company had never before completed—Durontó and his team actively collaborated with an AES Argentina multidisciplinary team and secured a $300 million bond to fund new green energy initiatives including wind farms, solar and other forms of clean electrical energy—the list goes on. 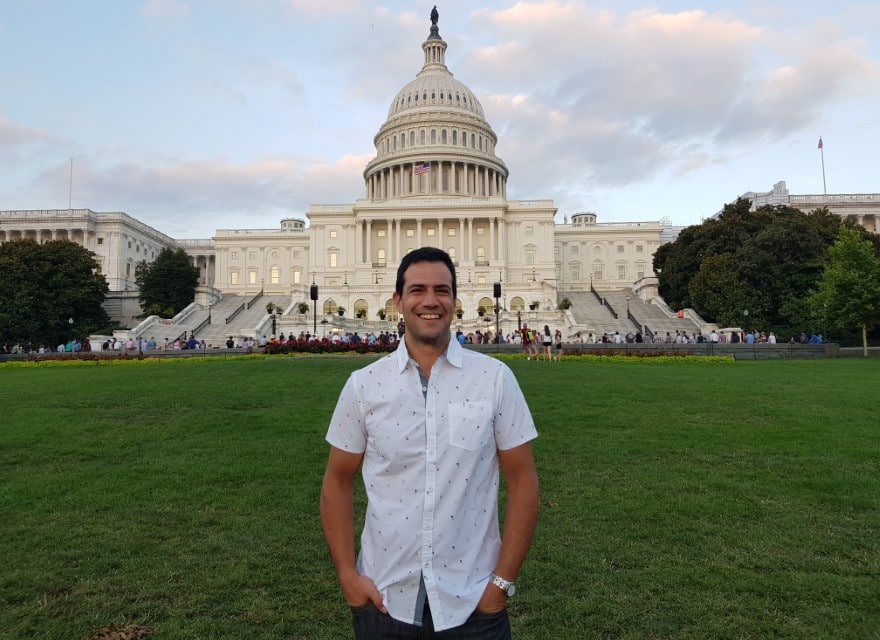 Not only was the project a first for the 25-year-old company; it was one of the first of its kind anywhere in the country.

“This was something completely new for us to work with the security market and investment community,” he says. “We were motivated and determined to make history. We knew if we didn’t act quickly, we would not be able to help our country. We are now poised to be a green energy leader in the region.”

Taking the matter into their own hands

AES Argentina is a subsidiary of Arlington, Virginia-based AES Corporation, a Fortune 500 global power company that provides affordable and sustainable energy to 15 countries through its diverse portfolio of thermal, hydro and, in the near future, renewable generation facilities.

In October of 2016, buoyed by the policies in place in Argentina toward green-friendly energy sources, AES saw an opportunity to develop its renewable energy business–and bring it to foreign markets. Owing to a favorable economic climate, AES sought financing in international markets for development of its renewable energy platforms—something it had never done before.

In the first quarter of 2017, after conducting some initial due diligence on the projects, Durontó says his team was hopeful to have all the pieces in place to go after some projects. Every expert the team consulted told them the project was not likely to be successful, given the time frame and financial requests. As he explained, AES Argentina was not listed before the CNV (its local SEC) and therefore the timing was against it. 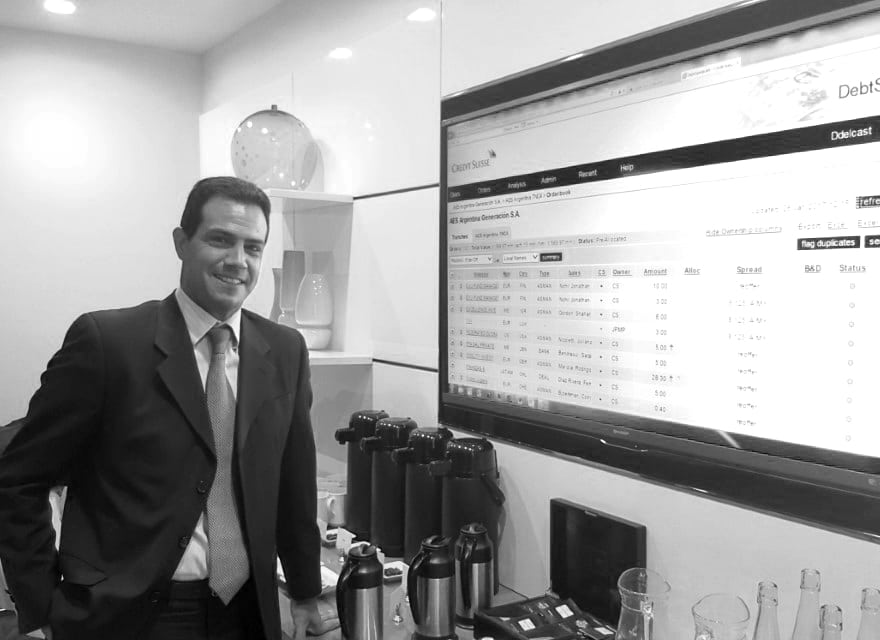 Despite the odds—and with help from the Argentinian law firm of Bruchou, Fernandez, Madero & Lombardi—led by partners José Bazán and Exequiel Buenaventura—Durontó says AES moved forward to obtain necessary authorizations. In January of 2017, the company was awarded a $300 million bond from investors, following three days of negotiations with teams in Los Angeles, Boston, New York and London after initial meetings in Santiago, Chile and Buenos Aires.

“This was an arduous work with a multidisciplinary team involved, but we were successful,” Durontó says.

Money in hand, AES got to work, specifically on two wind farms in the provinces of Neuquén and Buenos Aires. Currently in development, the projects are expected to cost upwards of $350 million.

As Durontó explains, the prep work was comprehensive and extensive—particularly when it came to the acquisition of the projects. First, AES had to confirm the already collected environmental data with its own experts—wind recordings to know if the projects were feasible, both from a technical and economical point of view. Logistics also played a significant role: researching transmission lines, as well as figuring out the accessibility of ports and roads.

From there, it was all about the contracts: obtaining permissions and lease agreements with landowners; negotiating with transmission line owners; collaborating with developers; and working with local authorities to observe local regulations.

One site scenario that proved quite dramatic—just prior to closing, no less—involved a seller and a third party who alleged that they were still the owner of the project.

“It was a like a movie,” Durontó says. “We worked through the night to solve the issues just in the verge of deadline.” 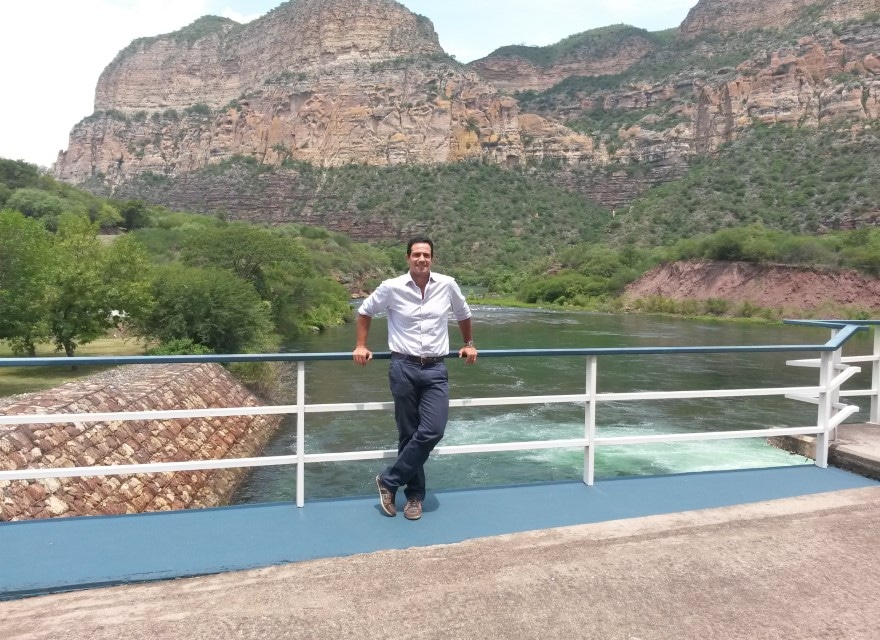 “It was a huge effort in terms of technology and logistics. The legal team was deeply involved working hand-in-hand with the business development team, stakeholders, management and procurement teams, and of course with finance” he recalls.

With the heavy lifting done, Durontó says one energy park located in Torquinst, Province of Buenos Aires, is scheduled for completion in January 2020. While in Phase 1, it has been delivering energy to the grid since October 2019. A second wind farm in Bajada Colorada, Piedra del Aguila, Neuquén province, is slated to come online in late April 2020. Each will produce 100 megawatts of energy, which will be sold to entities such as CAMMESA, a wholesale administrative company as well as more than 20 different private companies.

As for the future? While the focus now is on electricity generated from the wind farms, solar projects are under review for consideration.

Durontó says while AES is helping to reach the goal to become a leader in the green market, he, as head of the compliance area, is also committed to keep AES Argentina a pristine and ethical company. These efforts, Durontó says, are helping to make AES one of the most ethically operating business in the country, according to the recent ranking by the Ethisphere Institute—for five years in a row.

“It’s no secret that our country is one of the most corrupt, but AES has not been mentioned and has not been implicated in the corruption scandal known as ‘the notebook case,’” he says. “Every single employee at AES Argentina is very proud at this and is glad to work in a company that puts transparency as a priority.”

Indeed, it’s not the only legacy Durontó is working hard to uphold.

It was Durontó’s mother, a prominent lawyer in Buenos Aires, who first sparked his interest in the law. His first calling, however, came from somewhere a bit higher.

“I loved airplanes and I´m still fascinated with them,” Durontó recalls. “For a while I thought about being a pilot.”

In order to study aviation, however, Durontó would have had to move away from his beloved hometown.

With several of his friends remaining in town to study law, Durontó decided to stay and join the legal profession. He earned his law degree from Buenos Aires University in June 1997 and obtained a master’s in business law at Universidad Austral.

After earning his J.D. in 2002, Durontó came on board at AES, where he has worked for more than 17 years. Through it all, the breadth and scope of the projects he’s worked on—everything from green infrastructure to charitable initiatives that include feeding children and homeless people and supporting educational and sporting programs—have proven endlessly challenging. And rewarding.

“This is the place where I discovered the best working environment I have ever seen in my whole working life; it is deeply rewarding,” he says, adding that AES was recently ranked as one of the best places to work in Argentina for the fourth time by Great Places to Work.

His career’s crowning achievement, however, will always be making the impossible possible.

“The general effect from that is the realization both in our company and in our personal lives, that that nothing is impossible. Going through that we all came out much more confident of our capabilities,” Durontó says. “What we experienced will always be useful in our daily lives; it was a living example of achieving something that you may only once had realized as a possibility.” 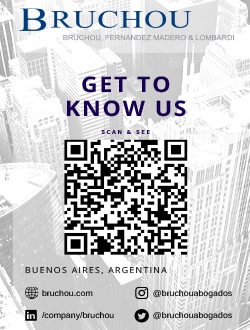