Savvy hands at the legal wheel

A pandemic notwithstanding, consumer goods must still be delivered by the big rigs and railroads, and some entity has got to manage the logistics for around 25,000 corporate customers throughout North America.

Scottsdale, Arizona-based GlobalTranz remains open for business as a cloud-based enabler of the national supply chain. Kind of an Expedia for freight, it keeps humming amid circumstances that has its chief legal boss tending to detail that change daily if not sooner. 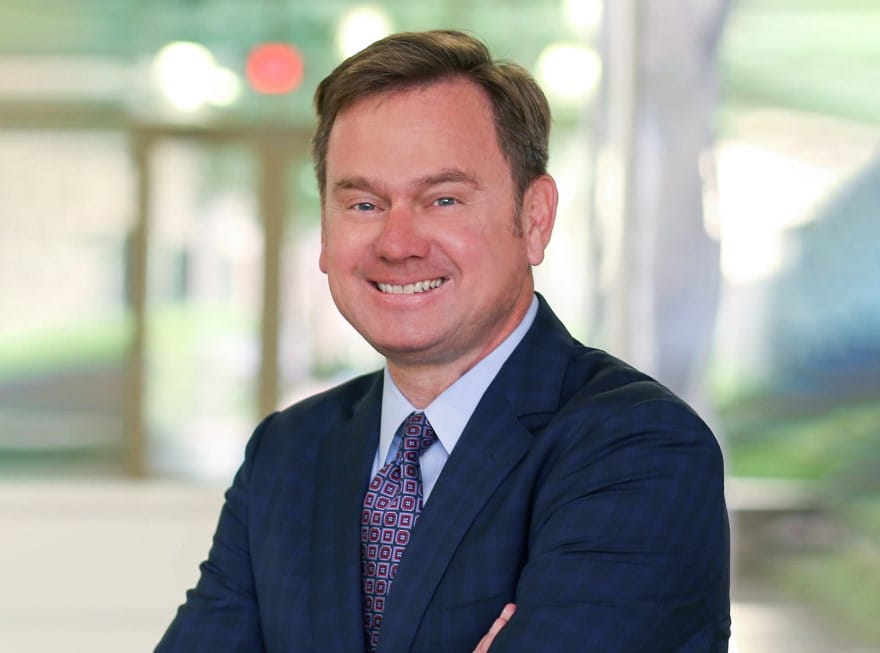 “The guidelines—federal, state and local—can be changing daily, and the issue becomes how do we pivot. As chief legal officer, I must figure out what impacts us as well as our customers and motor carriers. We’re trying to help them navigate these challenging times as well.”

Simmons assures that as the nation’s ninth largest freight brokerage, GlobalTranz will weather the storm and maybe even come out stronger as its TMS (Transportation Management System) software-extensive carrier relationships and hands-on customer service vindicate its worth to shippers and carriers. But he can’t be so confident about how customers will fare as cargo volumes have been declining each week, primarily through reduced demand for non-essential products. 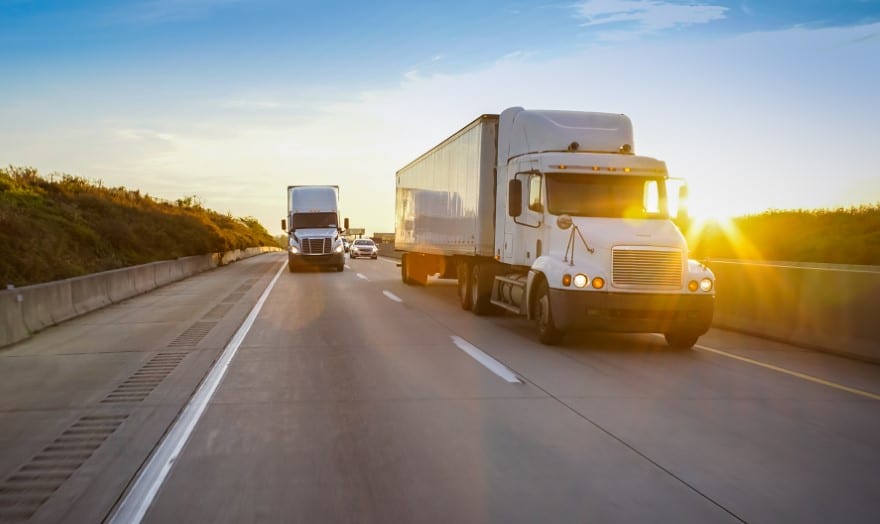 Having a vested interest in the clientele’s viability, Simmons may be renegotiating contract terms and cargo capacity with customers and carriers as businesses close and carriers are challenged to store undeliverable freight.

“Unfortunately, I’m sure there’ll be bankruptcies on the horizon,” Simmons says. “We had the best economy going until this virus happened.”

Another in the fold

GlobalTranz’s own economic picture seemed bright enough earlier this year, with Simmons helping finalize the details for the acquisition of Cerasis, a privately held company in Eagan, Minnesota, noted for expertise in Less-Than-Truckload shipping, Managed Transportation Services and TMS technology. The 11th acquisition that Simmons has helped managed since becoming legal boss in March 2016, the integration proceeds, albeit with variables aplenty.

With the acquisition comes many customers, Cerasis also having an extensive managed transportation client base in the Upper Midwest and elsewhere that GlobalTranz now serves. But issues can arise, especially during these uncertain times. 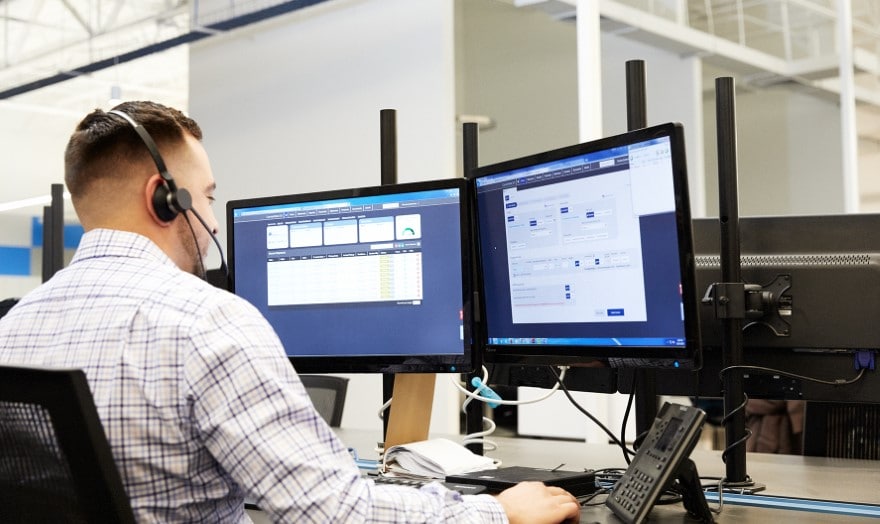 Will there be disputes over accounts receivable or the need to extend credit? Seems certain, but Simmons reminds that the COVID-19 crisis will pass, and GlobalTranz anticipates business as usual, for which a healthy clientele will be essential.

While the Cerasis workforce of about 120 employees isn’t huge, those employees still must be neatly integrated into a new and bigger corporate culture, and all personnel, insurance and compliance matters tended to. Having helped shepherd 10 previous companies under the GlobalTranz umbrella, Simmons knows what to look out for, but says every acquisition is unique. And with well over 1,000 GlobalTranz employees now working remotely, that raises the stakes for such matters as data privacy, employee health and productivity.

Always on the move

Then there are matters unique to this industry. Though GlobalTranz doesn’t own or drive the trucks or trains it secures on behalf of its shipper clients, Simmons manages the risks and liabilities that may arise through its brokering of shipments.

“If a carrier is in a fatal accident, plaintiffs’ counsel routinely alleges responsibility upon everyone who touched the load,” Simmons says. “We’re the ones who, on behalf of our shipper customer, select the carrier for every route and product. We have very high standards when making those decisions. While our primary goal is to service our customer’s needs, we also don’t want to be at the mercy of a runaway jury should an unfortunate incident occur.” 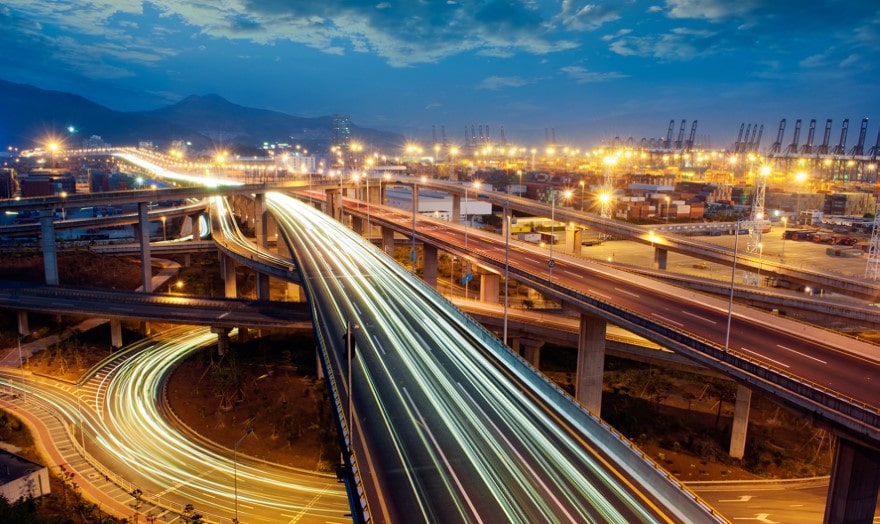 While litigation has slowed, it hasn’t stopped, and it’s been made more difficult with no in-person depositions. And while the company’s revenues have more than tripled to $1.8 billion since Simmons joined, it’s always in growth mode that often has the legal boss in some state of due diligence.

But it’s all part of the fun of transportation law that has been Simmons’ professional passion for over three decades, mostly from the outside. A Georgetown University undergrad who earned his law degree from the University of Arizona in 1986, the Chicago-area born Simmons was a young trial attorney with the Phoenix office of Lorance & Thompson when he replaced a lawyer defending Mayflower Transit against a cargo claim in federal court.

Soon Simmons became a regular at meetings of such niche groups as the Conference of Freight Counsel, Trucking Industry Defense Association and the Transportation Lawyers Association—the latter of which he’d eventually serve as president. 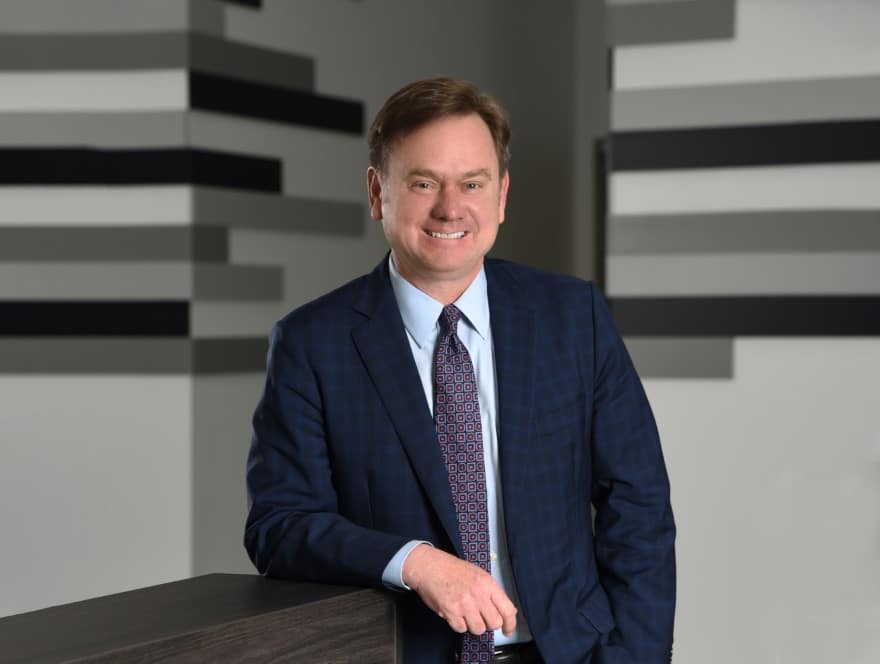 He represented motor, rail and seagoing carriers as well as their brokers before courts, regulatory boards, and in contract negotiations during his 30 years-plus with four firms: Lorance & Thompson, DeConcini McDonald, Ryley Carlock, and finally Lewis Brisbois Bisgaard & Smith, where clients included GlobalTranz. Simmons retains that last firm as outside counsel, along with others that include Weil Gotshal & Manges and Quarles & Brady.

Somewhere along the way he’d meet his wife, Jo Ellen, also a transportation lawyer, who serves as chief counsel at Phoenix’s Sky Harbor International Airport. The couple has a high school-age son, Harrison, whom his parents could see as a future sports lawyer if he doesn’t make it as a play-by-play sports analyst.

Though comfortable as a private lawyer, it didn’t take much coaxing from GlobalTranz’s then-CFO Renee Krug—now CEO—to beckon Simmons into becoming the company’s first general counsel four years ago. Last year his title changed to chief legal officer, and the 59-year-old Simmons says he couldn’t be happier mixing business with the law and seeing the full consequences of his efforts to sustain the growth.

“We’re a big enough company with private equity ownership with the recourses to not only survive but thrive” he says. “Our technology has made things so seamless, and our team has performed superbly throughout the pandemic. We’ll come out of this even stronger.”

He’s hoping GlobalTranz can do the same for its 25,000 customers. 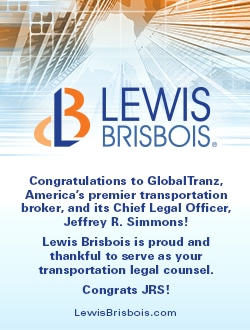 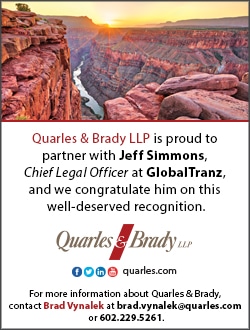 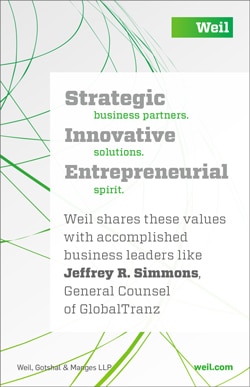