A leader in law and logistics 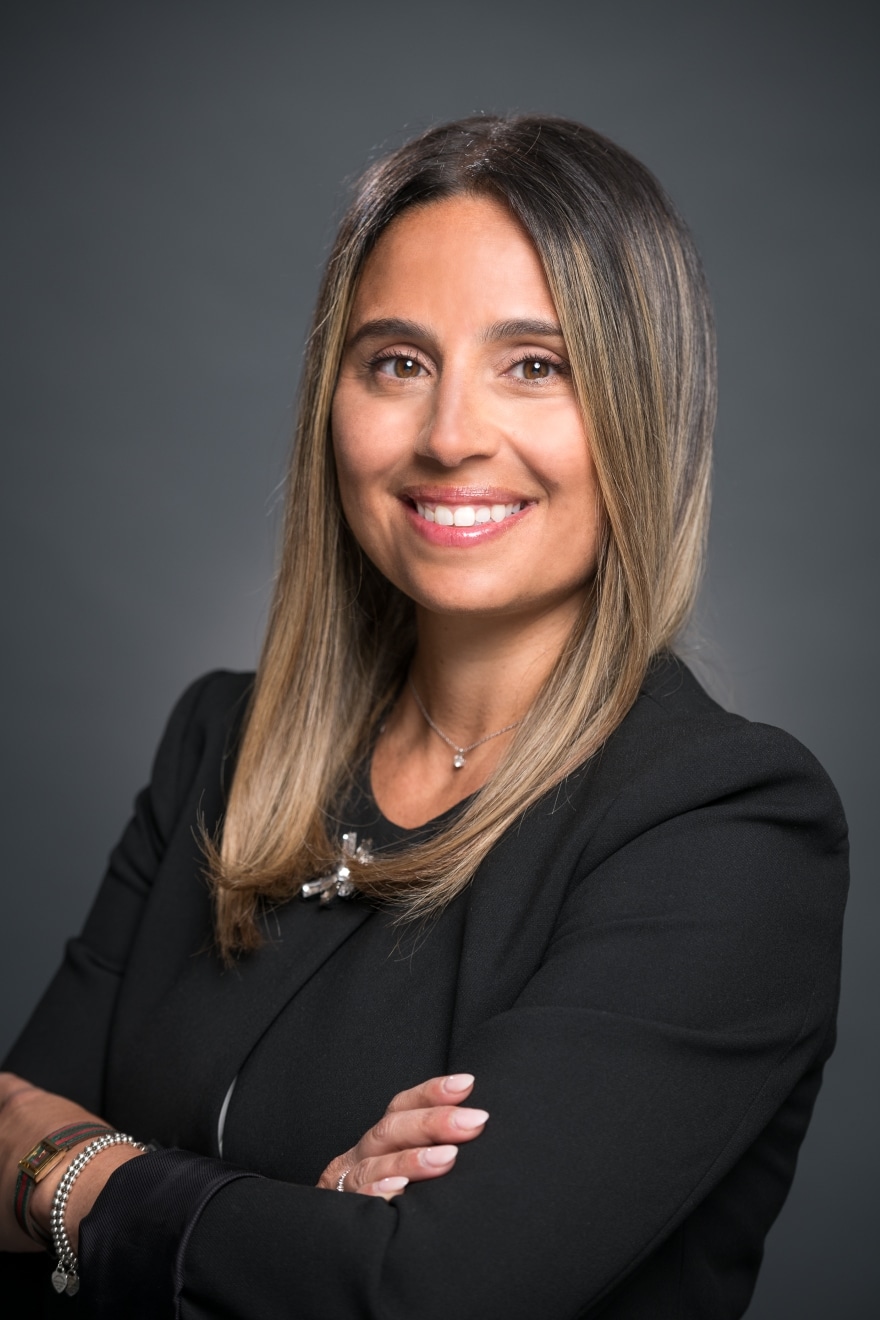 Joyce Carestia doesn’t see herself slowing down. Even after a decade at Metro Supply Chain, she feels as invigorated as she was at the beginning. Maybe even more so.

“I’m excited about what we’re doing, and I have the energy to do more,” says the company’s vice president of legal affairs. “With the supply chain as it is, you have to try new things. It demands innovation.”

Metro Supply Chain is the largest privately-owned supply chain solutions and logistics company in Canada. It partners with global customers— which include companies in the food and beverage, health and wellness, and home and office industries—as well as public sector and government organizations.

Last November, it announced plans to invest more than $100 million in automation and robotics, as well as business intelligence tools. The company is currently building its highly automated facility in Bolton, Ontario.

“This has been a very exciting project to be involved with,” Carestia says. “It’s a huge attraction for our customers who are working to grow and scale their businesses, and it helps to further set us apart in the industry.”

Carestia says it’s a challenge that consumers expect the supply chain to be ever faster, and that they expect to have choice, convenience and control of how, when and where they receive products.

In response, she and the legal department have collaborated with the operations and strategy teams to develop projects and initiatives, such as when and where to implement automation and robotics in the supply chain.

“I want the business team to come to the legal team not just for legal advice, but for business advice, too,” Carestia says. “I want it to add value.” 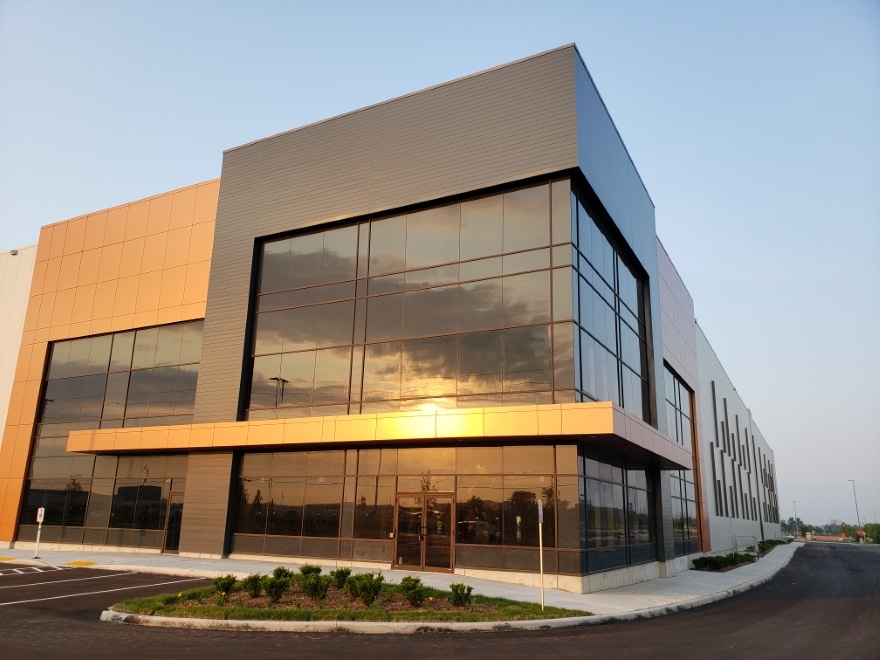 With support of the corporate development and operations teams, Carestia and her team facilitated the expansion of the business into Portugal, with hopes to finalize the Hong Kong joint venture by mid-2022.

The company has also seen major growth through mergers and acquisitions, which Carestia works closely with the corporate development team on. Much of her background is in M&A, and she has participated in a dozen acquisitions for the company since joining it when Metro Supply Chain was a smaller, family-run operation.

“The company has evolved a lot over the past 10 years, due in large part to the entrepreneurial atmosphere the owner has created here,” she says. “I like waking up not knowing exactly what will be on my plate each day.”

She says she’s someone who likes “to make things happen,” and that she appreciates the same enthusiasm and determination in others. She says she’s proud to have gained a reputation for being helpful, as well, with law students often asking her for career advice or for her to be a mentor.

“It’s humbling that people reach out to me in that way and look to me for guidance,” Carestia says. “And I feel that I get as much out of it as they do. Working with young people is refreshing and motivating, so I appreciate the opportunity to connect with them.” 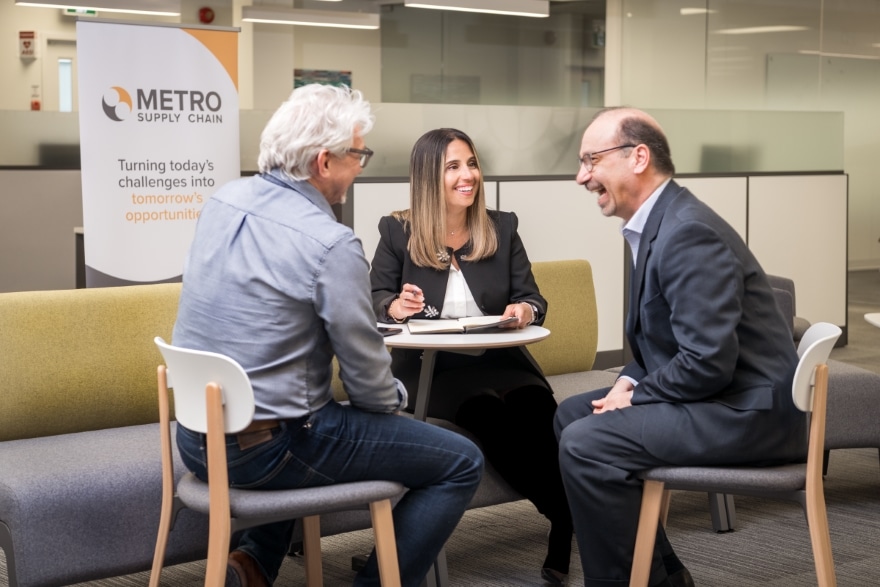 She’s involved with a mentoring program at a local high school, too, that matches 11th grade students with someone in the field they’re interested in. She says it’s been exciting to see more girls and young women considering legal careers and that she’s proud to represent women in the male-dominated field of logistics and in leadership roles.

“It’s rewarding to help develop talent in the younger generation,” Carestia says. “I didn’t have that person in my life when I was starting out.”

A former figure skater, Carestia says she developed her strong work ethic through athletics, as well as perseverance, discipline and agility.

After graduating from the University of Montreal, she started her career at Lapointe Rosenstein Marchand Melancon, one of the largest business law firms in Quebec. She’d been an attorney there for 10 years when she was head hunted by Metro Supply Chain.

“I was on the partner track, but when the phone rings, you listen,” she says. “And I’m glad I did because these past 10 years have been great and they’ve gone by so fast. I’ve never been bored here.” 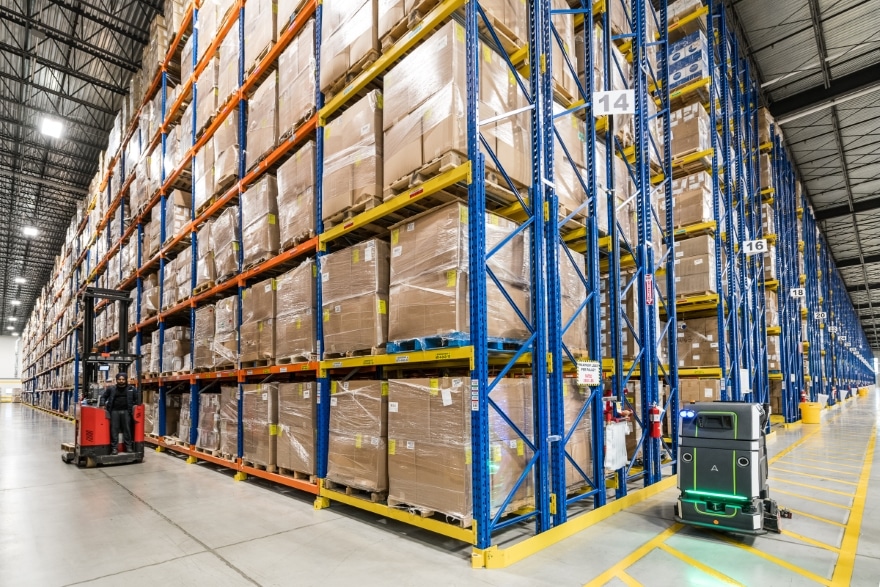 Becoming the company’s first general counsel, she quickly learned the intricacies of the logistics and supply chain industry and reviewed the company’s existing policies and procedures. She then put new structures in place and created a uniform contract process, building the legal department.

While the work is increasingly demanding and done in addition to her roles as a wife and mother, Carestia says she’s excited to help the company become even more dynamic.

“The thing I loved most about private practice was working with clients and getting to know their business, but I wanted to be more involved,” Carestia says. “Being in house has allowed me to offer more than legal advice and to see things through to the end. Metro Supply Chain has really enabled me to be a partner in the business.” 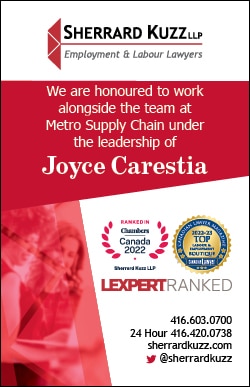 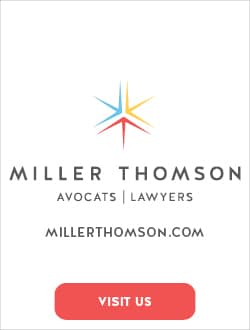