Live from anywhere, it’s … You!

Being a realtor during a pandemic can make for a tough sell with prospective homebuyers housebound, unemployed or afraid of getting sick. After all, it’s not exactly the best time to hop in a car and go to an open house and mingle with people you don’t know. 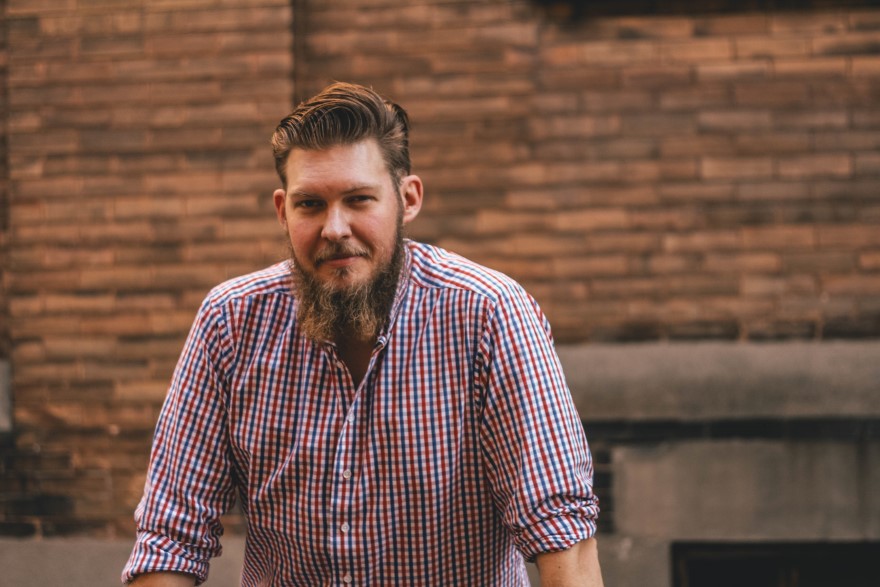 But for Vidyard’s General Counsel Jonathan Dunlop, business at the video platform company remains brisk, making for what he calls a “daily rocket ship ride”—one where no two days are the same.

That’s because when businesses add video to their marketing and sales mix, along with enhanced video capabilities that are loaded with data-rich analytics, they thrive. Canada-based Vidyard is helping realtors, online educators, remote employees and potential buyers stay plugged in, especially during this global pandemic. Dunlop likens Vidyard’s tool to a user-friendly, “YouTube for business” service that helps connect buyers and sellers during these unprecedented times.

“I love the challenges that keep on coming,” Dunlop says, noting he’s switching gears constantly between legal and business-related topics. “Keeping pace is very motivating to me.”

Born at the University of Waterloo

Founded with support from Silicon Valley’s investment pool and the prestigious Y Combinator program, Vidyard came into being in 2010—at which time its founders, Michael Litt and Devon Galloway, took the company back to their home town of Kitchener-Waterloo, Ontario. The area is well known in tech circles for being home to the University of Waterloo, the founders’ alma mater. 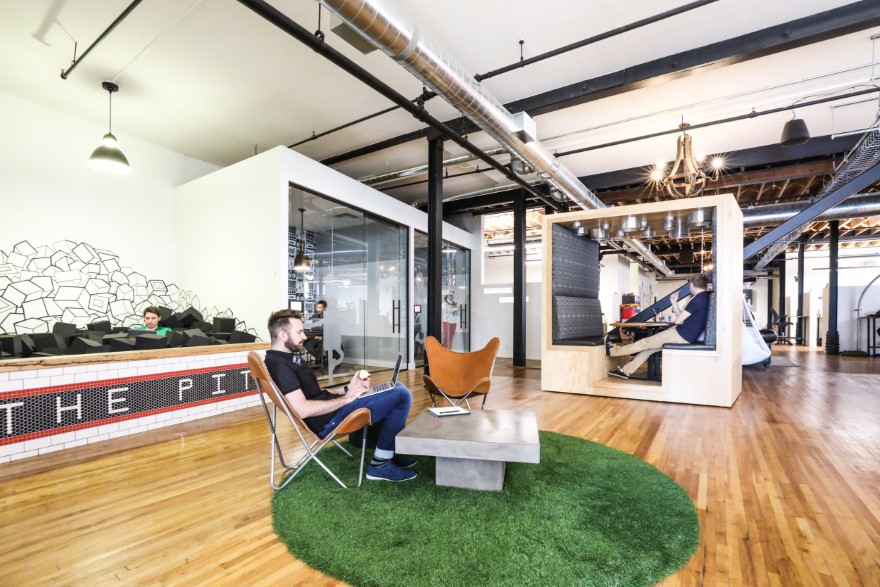 Gaining popularity even before the pandemic hit, Vidyard’s growth continued apace. The reason, Dunlop says, has to do with the personal nature of video. Covering everything from classroom lessons to virtual real estate tours, Vidyard is designed to connect businesses to people. By offering viewer insight through simple analytics, Vidyard is also an attractive tool for internal communication.

“The videos themselves make it easier for sales reps to interact with customers, as well for internal communications between teams,” he says. “As an example, we’ve used video internally at Vidyard during the pandemic for regular senior leadership updates to the team every Friday.”

These asynchronous videos can be watched at any time of day, from any device, whether on a company’s website or embedded in an email. The company can also gather meaningful analytics and identify who is watching and what they are watching, to better gauge their interests and preferences. 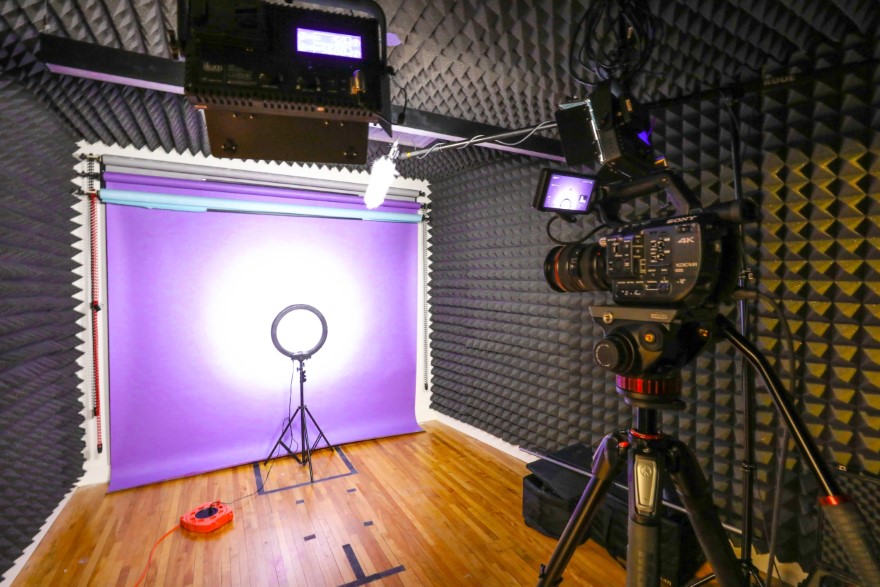 That information is hardly a one-way street, however.

“If you were buying a car, you could access the video on a company website and get the information you need,” Dunlop says. “The company in turn can connect back with who’s watching the video and market the product or interest in a more meaningful, direct way.”

The same applies in the real estate market. Sellers can post informational videos of the space with virtual tours and detailed information, and buyers can connect with the realtor with additional questions or to supply more data and fulfill requests.

Vidyard’s video platform enables companies to create, host and share video content by use of its desktop/webcam recorder and video player, as well as its mobile app offerings.

From there, the sky’s the limit for what can be created: personalized sales pitches, instructional videos, how-to demonstrations and more—all of which can mine vital viewer information for the company using the data analytics embedded in the software. 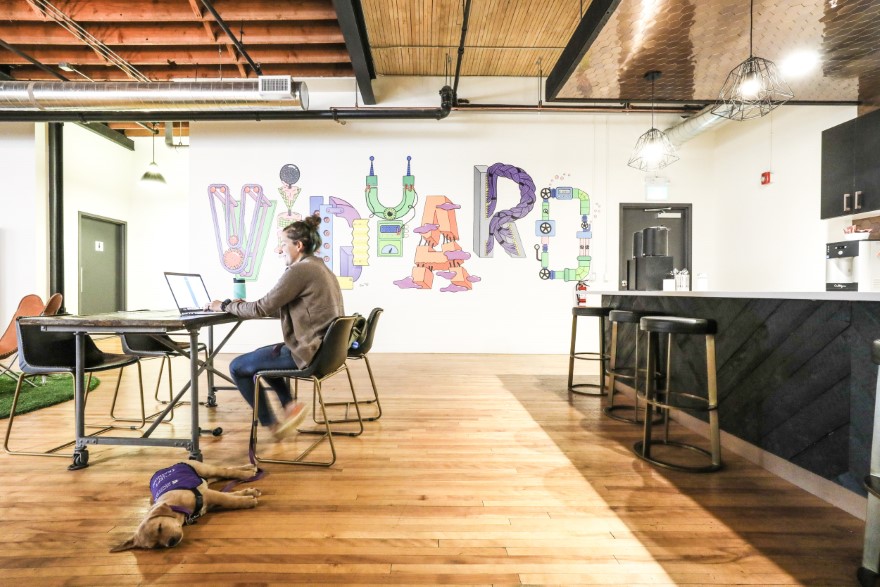 “For realtors, it allows them to create personalized video tours of spaces, offering more than just photos,” Dunlop says. “For teachers, they can walk a student through a problem, then visually instruct by showing them what to do on their own screen.”

For viewers, people can watch videos in real time, then stop and rewind if needed, or review materials at their convenience. In Dunlop’s view, the technology offers remote workers a respite from what he calls “video fatigue”—attending a steady stream of online Zoom meetings or Google Hangouts throughout the workday.

“This gives everyone more flexibility. With Vidyard, pre-recorded videos can be watched after dinner or on your own time,” he says. “If any follow-up is required, a shorter meeting can be booked for questions or comments regarding the content of the video, saving people time during their busy days.”

Because Vidyard can be used to help identify who is watching a specific video, customers are increasingly concerned about ensuring compliance with applicable privacy and data security laws. That’s where Dunlop’s work as a privacy officer comes in. 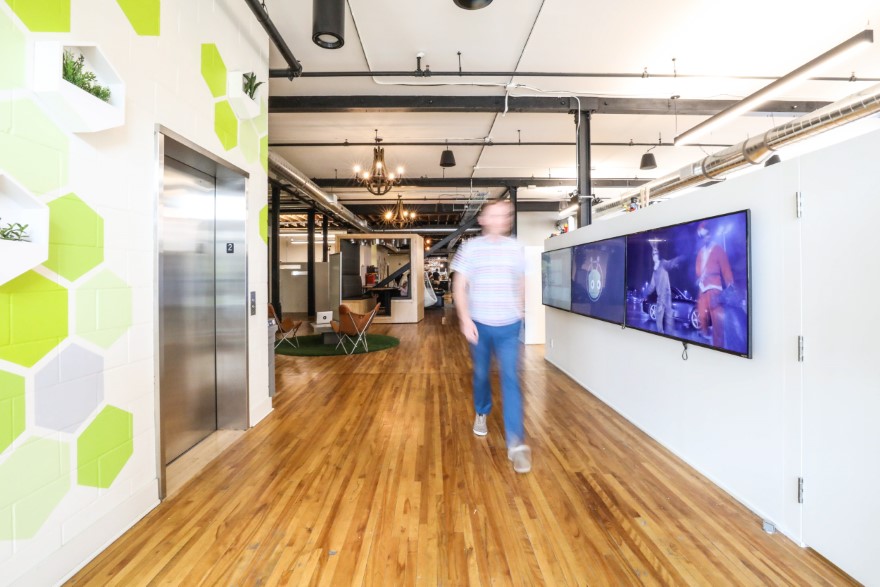 “We enable our users to gather as much information on their viewers as possible, while at the same time adhering to the tenets of modern privacy laws like the General Data Protection Regulation (GDPR) and the California Consumer Privacy Act (CCPA),” he says, referring to laws which regulate data protection and privacy of European Union and California residents.

“From early on during my time at Vidyard, being proactive in our preparation for the rollout of things like GDPR and the CCPA has been a priority,” Dunlop says, “It’s something that’s paid off, with customers now being concerned about privacy and security online more than ever before.”

Despite the international scope of Vidyard’s solutions and business operations, for Dunlop, there’s no place like home. Specifically, the Kitchener-Waterloo area of Ontario—the childhood home of not only his wife, but the company as well.

The couple met locally in 2005 when Dunlop was completing a degree in business at Wilfrid Laurier University and they found their way back in 2013, only to discover a thriving tech ecosystem. He joined Vidyard in 2016 as the company was transitioning from a startup to a scaleup with a team of 100, which has since doubled. When he first arrived, he focused on the corporate and commercial needs of the business. In 2018, his role expanded to include privacy officer, given the growing demands for the company in that area. 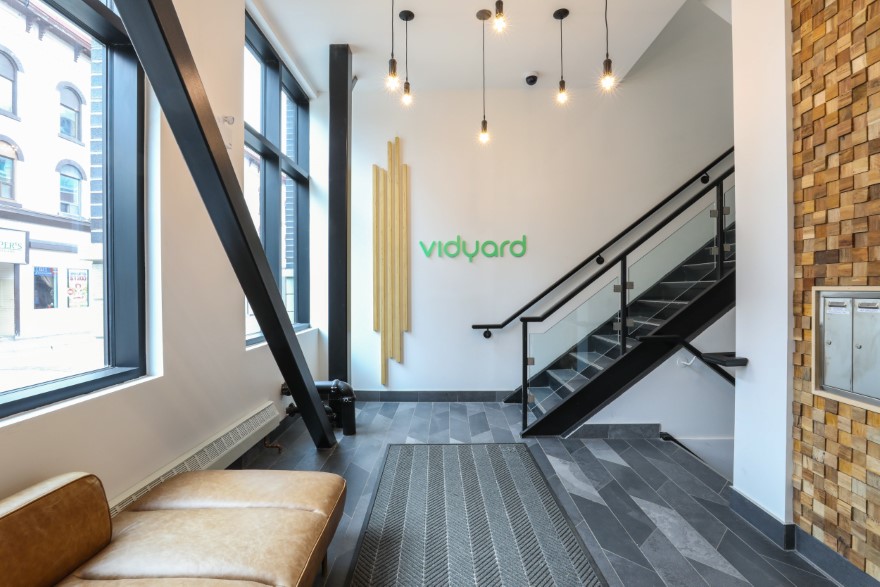 “Currently, we’re settling into a stage of maturity, with a strategic focus on product-led growth,” he says. “Now our attention is on acquiring customers from within our networks, programs and free offerings.”

These days, his duties also include ongoing contractual work with new enterprise customers. More recently, he’s connected with U.S. schools to expand Vidyard’s use in the education space as most states start adopting learning from home options.

Discussing his time at Vidyard, Dunlop credits his previous roles in private practice at full-service law firms—practicing both corporate law and litigation—for giving him a broad-based educational experience after graduating from the University of Ottawa in 2010.

But his most intense preparation happened during his stint at another local startup, Miovision Technologies, as their first internal counsel. While he relied on a number of great external mentors, he worked at Miovision early in his career, largely on his own.

“It was my first time around in-house and there was room for some trial and error. That experience has paid dividends for my current role,” he says. 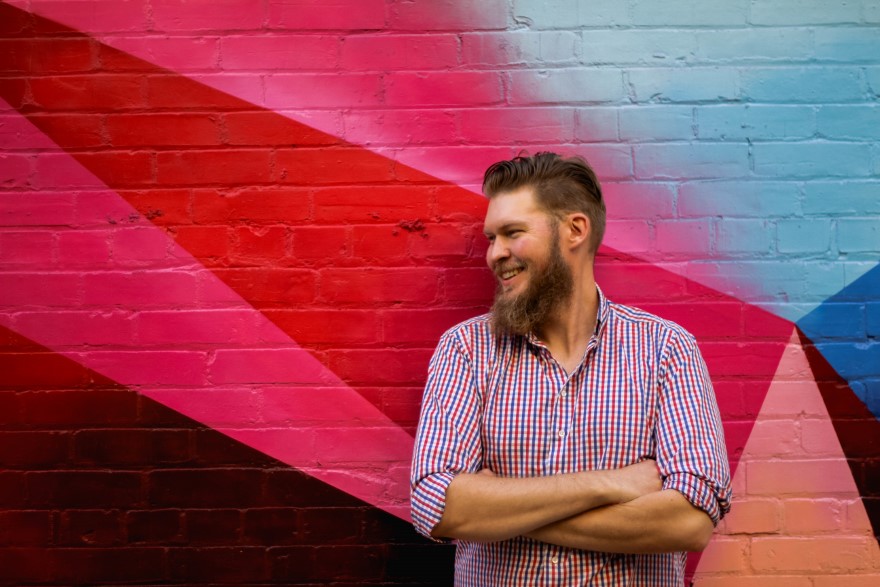 Now, Dunlop finds himself in a place where he can blend his love for his community with spreading technological solutions to people worldwide—especially during the COVID-19 pandemic.

He’s also thrilled to work for a company that supports its community, through projects like supporting women’s crisis centers and food kitchens; the BLM movement; and offering video production, hosting and sharing services to help local charities.

“We’re not just another startup working out of an old brick and beam building in town focused solely on our own success,” Dunlop says. “We’re committed to the community … and are quite serious and genuine about that. As a group, we are aware of what’s going on and check our privilege at the door.” 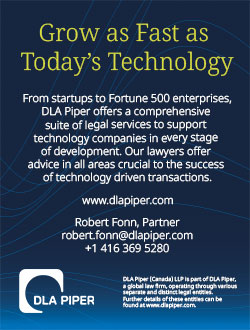 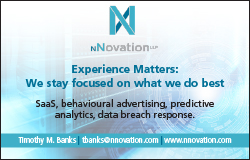