Keeping up with the changing world of Brazilian pharma

Whether it’s soccer, diversity and equality, or the law, the effort and passion from Juarez de Oliveira is the same: He gives his all. As the head of legal, Brazil, for Amgen, the American biotechnology company, he says his country’s pharma industry is as regulated as it is exciting, and Oliveira aids the company by ensuring compliance and advising on business matters in Brazil.

“Our legal team doesn’t just focus on contractual provisions, litigation, IP and other legal issues,” he says. “We constantly are searching for ways to be more efficient, overcome challenges, take part in making strategic decisions and better serve patients.” 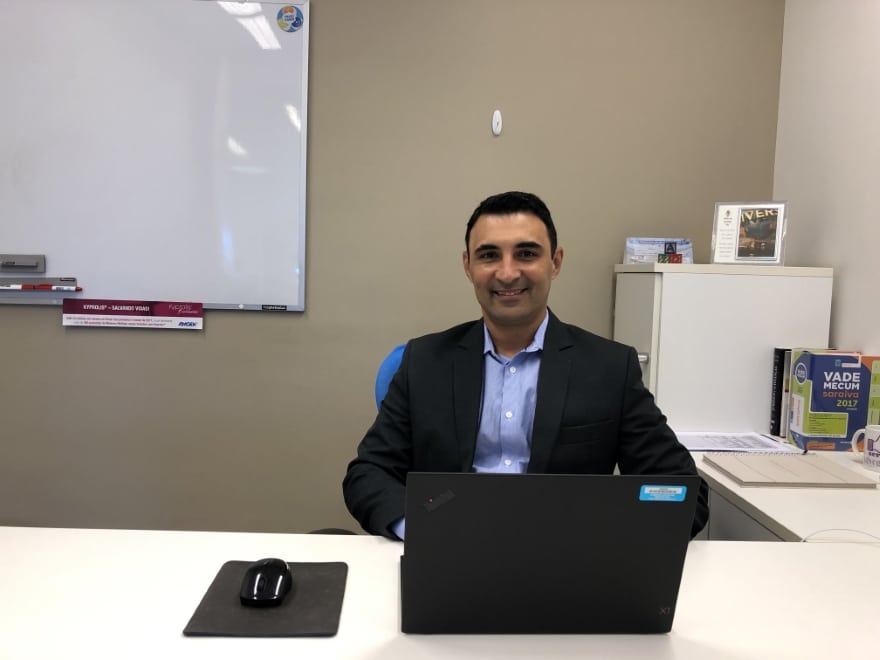 Based in São Paulo, Oliveira reports to Amgen’s regional general counsel in Thousand Oaks, California, and is supported by a senior lawyer and an assistant.

When he’s not phoning California and working with other Amgen lawyers around the world, he’s handling labor and employment matters, diversity initiatives, upgrades to data security and a digital transformation.

“It’s a lot of work, but I’m passionate about doing the best I can for my company and my team, and everyone that depends on Amgen,” Oliveira says.

Amgen is a forerunner in the development of new medicines based on DNA technology and the unraveling of biological processes on a cellular level, Oliveira says. That comes with a lot of responsibility for everyone in the company, including the legal team.

The Brazilian pharmaceutical market is complex, well-regulated and fragile, and the COVID-19 pandemic has brought even more challenges and uncertainties, he says. With the healthcare system focused on the approval of a vaccine, the ability to deliver medicine to patients, despite logistical hurdles, has kept Oliveira busy. 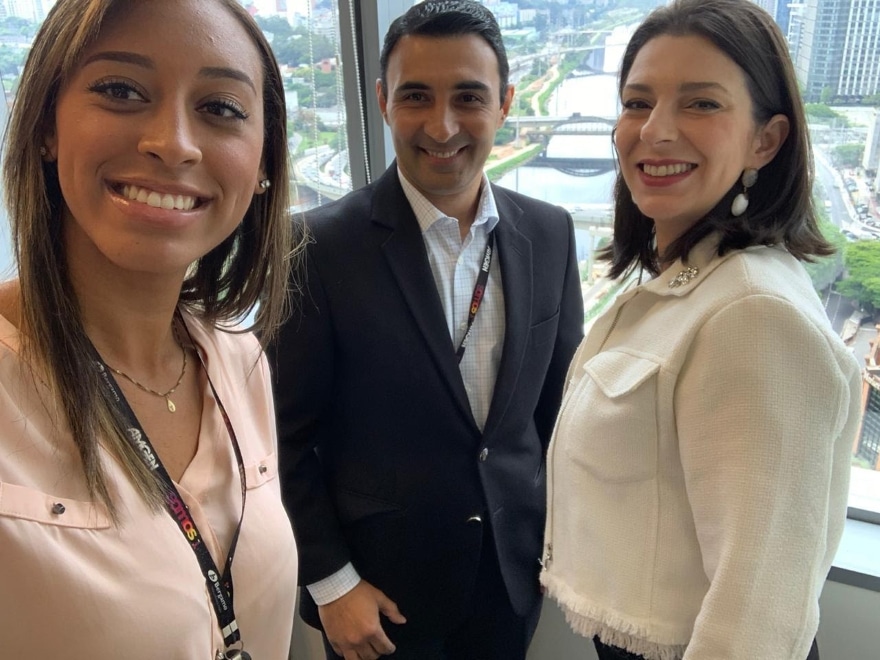 Additionally, launching new products like Avsola and Evenity means Oliveira and his team are working to protect the intellectual property related to the drugs. Right now, lawyers in the country are arguing the constitutionality of Article 40 of the Brazilian IP law before the Brazilian Supreme Court. Depending on the outcome, patents already in place and patents waiting for a decision by the Brazilian Patent and Trademark Office may be affected—patent expiration dates might be altered significantly, for example.

“It’s a sensitive matter, and the Supreme Court must respect international agreements, like the Agreement on Trade-Related Aspects of Intellectual Property Rights,” Oliveira says. “We’re keeping a close eye on the proceedings.”

Improving efficiencies in the legal department is his other goal.

“We need to be aligned with the front and back offices, be close to the business, be resilient, and be proactive and preventative when it comes to addressing risk,” Oliveira explains. 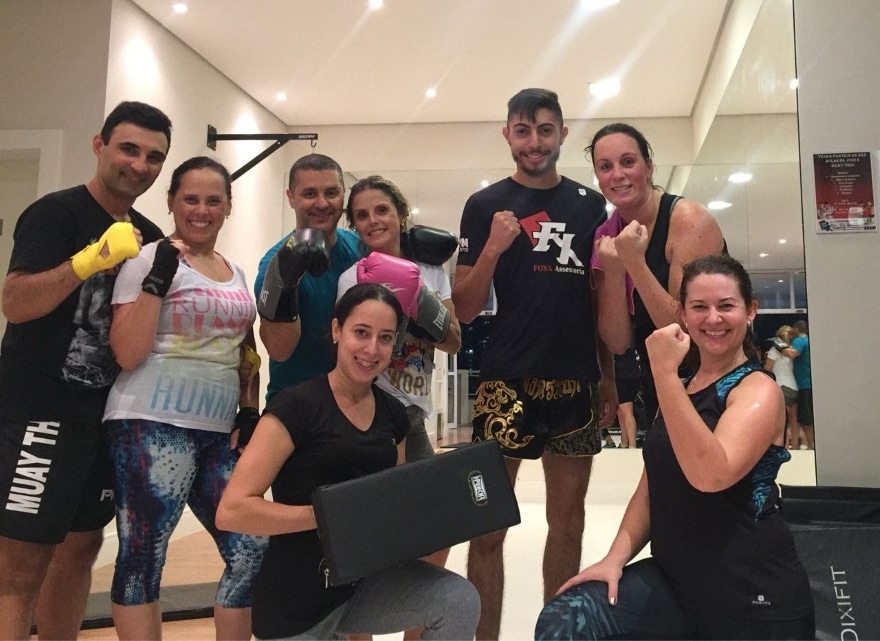 Contract management can be a tedious and cumbersome endeavor without the right system in place. Oliveira is improving the contract management system at Amgen by adjusting some software and customizing the platform the company uses. Once complete, there will be a better way to draft documents, negotiate contract terms and approve transactions.

“This is all part of our company’s grander plan for a complete digital transformation,” he says.

In addition to being one of the sponsors of the company’s inclusion, diversity and belonging program, Oliveira has been participating in leadership training programs to improve his personal development skills. He says he’s working on improving his communication, overcoming anxiety and avoiding unconscious bias.

All about the law

Growing up in Brazil, Oliveira was always interested in the law and decided early in his teenage years that he wanted to be a lawyer—unless he could make it as a professional soccer player.

He studied law at the Universidade Presbiteriana Mackenzie in São Paulo. After graduating, he studied civil law, business and economic law at the FGV-Fundação Getulio Vargas, Universidade Presbiteriana Mackenzie and Centro Universitário das Faculdades Metropolitanas. Later, he earned an MBA from the Business School São Paulo and also had the opportunity to attend the international MBA program at Harvard University.

Oliveira pictured with his family: his wife Adriana, and his sons, Luiz Felipe and João Pedro.

“In law school, I was a very a good student and had a good interaction with the professors. A professor of criminal law, who was very demanding, after reading my test, called me and said that he was very proud of me,” Oliveira says. “I must confess that this recognition transformed my life in that moment, because it gave me self-confidence and certainty about the choice I had made to go to law school.”

After law school, he spent four years as a lawyer for Banco ABN Amro, then two years as a senior lawyer for Asia Motors Brasil. For the next six years, he was a senior corporate lawyer for Hewlett Packard Brasil, then spent six years as head of the legal department for Nycomed Pharma. He held the same position for seven years at GE Healthcare before he took the same post at Amgen in February 2019.

A married father of two boys, Oliveira manages the stresses of his high-powered legal job in the gym, where he practices yoga and Muay Thai. He also plays tennis daily and is continuing to learn French while preparing to study Italian.

While heading a small team of lawyers in Brazil is nice, Oliveira sees himself leading Amgen attorneys in other countries as part of a larger group. Like sports and family, he’s passionate about the business and the law, and like he’s always said, he can accomplish anything if he’s driven and passionate.

“People should never stop fighting for their dreams. No matter how big or difficult they are, they are yours, and only you can decide the right moment to revisit them,” Oliveira says. 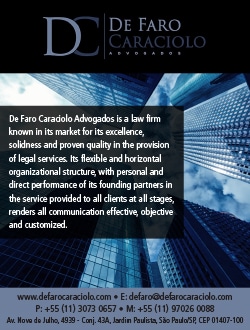 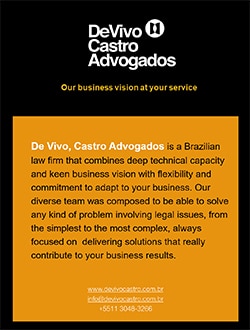