Not your average soccer mom

It was business as usual one day, and the world was turned upside-down the next, when a FIFA soccer bribery scandal rocked the world at Torneos.

At least that’s how Mariana Oliveira, the legal manager at the Buenos Aires-based audiovisual producer and sports marketing company, remembers that day in 2015 when it was announced that the company was involved in the FIFA bribery scandal. 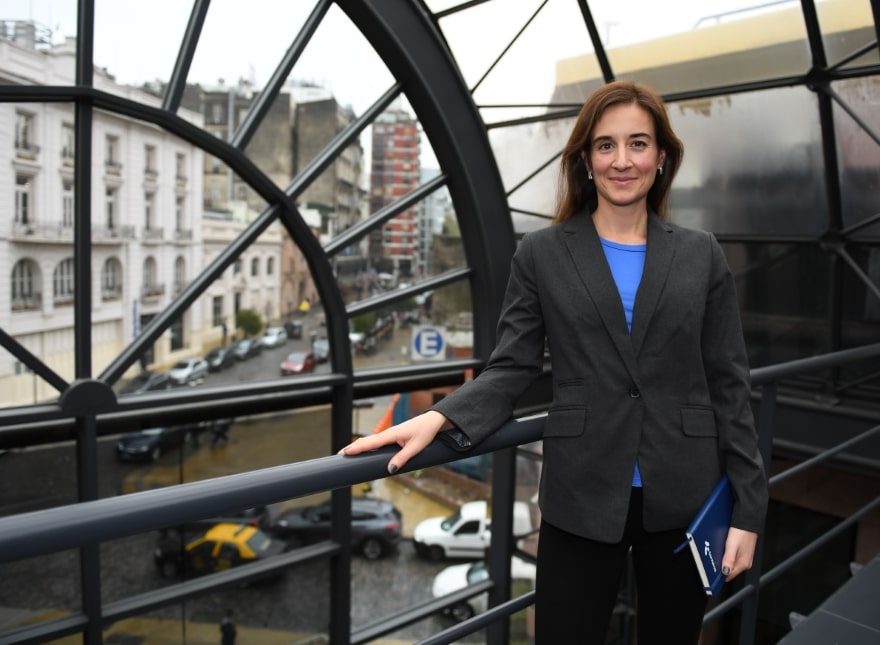 In the wake of the crisis, she was promoted to remediate legal issues that stretched from Argentina to the U.S. District Court in New York.

In the years since, Oliveira is proud of what Torneos has overcome, reflecting its commitment and intention to play by the rules, she says.

“When you are sued in a U.S. court, nobody wants to answer the telephone for you,” remembers Oliveira. “All of our top people I worked with were fired. But I learned this: you never have to say something’s impossible; there is a way to make it right. You simply have to trust in yourself; you will find a solution when it comes to making things right.”

The first shock wave for her was the news itself, live from Switzerland, that accompanied her morning coffee. The aftershock would land in the coming days, when an internal investigation and requests from authorities in the U.S. courts and other jurisdictions came knocking on her door. The mother of two young boys at the time, she was thrust into uncharted legal waters.

“It was crazy for me,” she remembers, explaining the U.S. courts gained jurisdiction because of stateside banking transactions. “After we cleaned house, we had a completely new management team who didn’t know anything about the company or our culture at the time.”

When the U.S. Department of Justice published its findings, it showcased the major officers of soccer associations involved with bribes and kickbacks, throwing the media rights for major events—and Torneos’ livelihood right along with it—into a tailspin.

On a practical level, plans to broadcast the Copa America 2015—where Torneos was an organizer—had to be overhauled. It couldn’t export equipment to the event site in Chile and foreign bank accounts were blocked. Even paying salaries internally for its employees was a challenge.

As Oliveira explains, company management had to be completely changed out in a few days, and her legal and compliance team—now comprised of a new director, compliance manager and two talented associates, spent the next 18 months making amends.

Oliveira worked with outside counsel David Massey of New York-based Richards Kibbe & Orbe LLP, an entrepreneurial law firm with experience and relationships in financial markets and the business community. The firm was working on behalf of Direct TV Latin America, a major shareholder of Torneos. 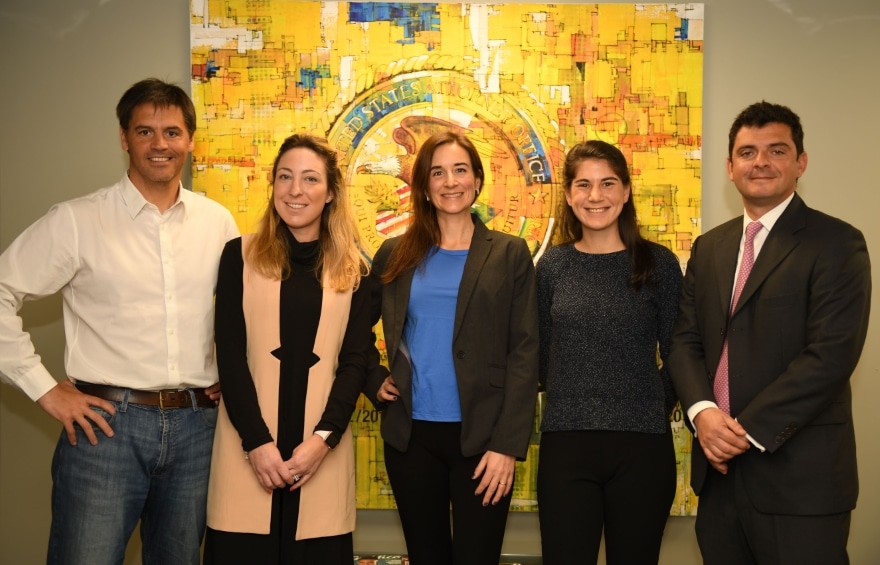 In the wake of the scandal, contracts were renegotiated with clients and partners; agreements restructured with subsidiaries; shareholders reestablished; new business links forged; claims handled; and there was endless negotiation to complete things peacefully. A new compliance program was put in place.

“Old practices had to be ditched  and fallout had to be managed. We had to unwind the contracts from the prior regime and assess if any contracts were legally binding, given that something’s were procured through bribery,” Massey says.

When a key soccer tournament was almost cancelled and bank accounts were frozen after news of the scandal broke, Massey had nothing but praise for how Oliveira handled the crisis.

“There were problems in every direction,” he says. “She was instrumental in making things work. She has excellent judgement.”

For Oliveira, having support from external counsel was very important to her during this remediation process.

“Before this happened, I had primarily been working with contracts for the company, so there were certain processes and relationships I knew by heart,” she says. “But at that time, revisiting and rebuilding every relationship was extremely challenging.”

It would only prove to be the eye of the storm. After completing this first wave of remediation, it was time to brace for the next legal hurdle.

From DBA to DPA

In December 2016 Torneos became the first company to receive a Deferred Prosecution Agreement—or DPA—in relation to the scandal. As Oliveira explained, a DPA—through the courts—allows a company to defer criminal prosecution, subject to strict compliance with several obligations vis-a-vis the U.S. authorities, to be completed by December of 2020.

The price tag for the criminal behavior? In Torneos’ case, it was around $113 million, accounting for forfeited money and fines.

“Once we achieved that, we all took a deep breath,” she says.

With a completely restructured company, Torneos’ legal and compliance team is now focused on practical matters such as digitizing and automating business processes internally.

“We are evaluating how we use IT to simplify contract and litigation management … we still don’t have digital tools we need, but we are looking at several solutions,” Mariana says.

The bottom line, she says, is that Torneos now touts a strong compliance program, new employees and an overhaul of past practices.

“We are very strict on everything and the whole culture of the company has changed—and the whole soccer world for that matter,” she says.

Oliveira’s developing interest in law brought her to Columbia University and in 2005 she received her law degree from the University of Buenos Aires. This mother of three boys also earned a master’s degree in law from the Universidad de San Andres in 2008. 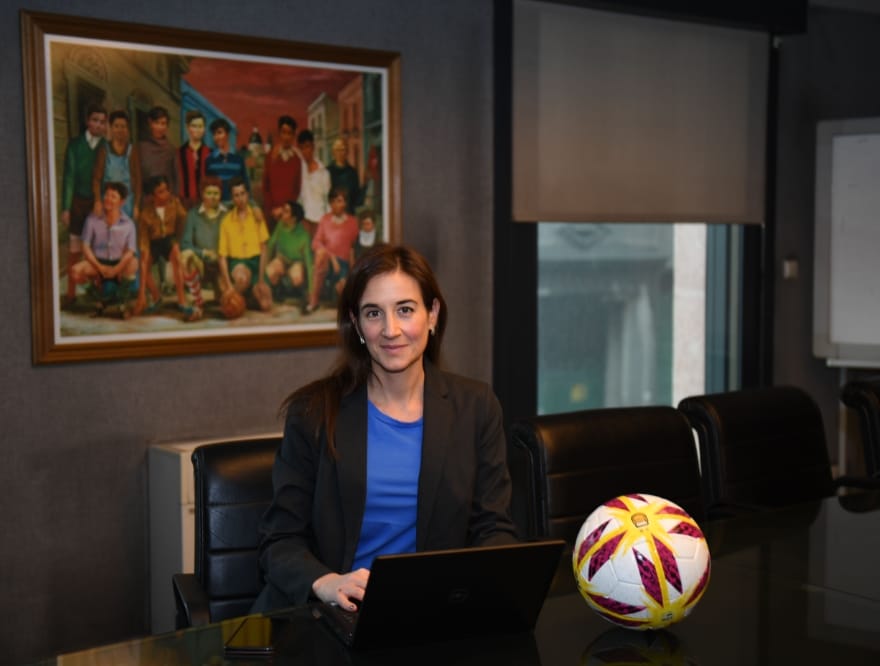 Oliveira’s work history stretches from her days as an intern at the Office of Legal Affairs at the United Nations in 2005 to an associate position at Hope, Duggan & Silva for four years starting in 2005; then a semi-senior associate position at Marval, O’Farrell & Mairal starting in 2009. She joined Torneos as senior in-house counsel in 2012 and was promoted to legal manager in 2015, in the heat of the scandal.

“You get stronger when your birth is by fire,” she says.

For her the joy of her position is that she has the freedom to do many different projects and gain a variety of perspectives. Seeing many parallels between her job and real life, the key is fostering a great partnership—and to collaborate in solutions, whether it’s for her family or the company.

“I feel proud of how we do things today at Torneos,” she says. “We have overcome the difficult time. We proved to ourselves how resilient we were. My husband was so supportive—I couldn’t have done it without his help. My sons now see a woman working in a demanding position and are very proud of their mum.” 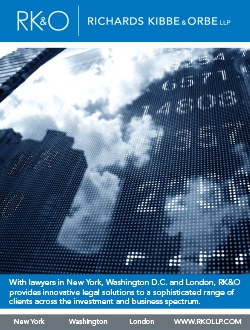