Tankstar GC won’t shy away from a fight

“I’m a litigator at heart, I enjoy the cases,” Gehrke says. “I like being able to read people and situations.” 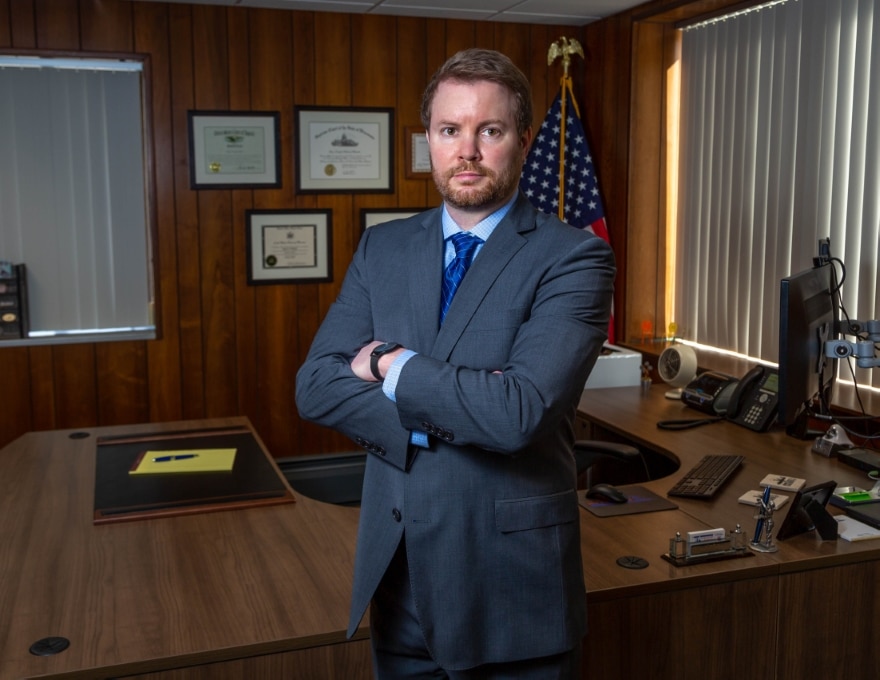 As vice president and general counsel of Tankstar USA Inc., he is helping usher in a new era of leadership at the company. Gehrke joined Tankstar, now entering its fourth generation of Schwerman family leadership, in October 2019. And while the past 18 months have been a time of passing the torch, it was Gehrke’s job to put out a smoldering litigation issue dating to the company’s operations almost 50 years ago.

“I put a hard line in the sand and didn’t bend,” Gehrke recalls. “They let me run with it. When it was over, I was ecstatic and exhausted at the same time.”

Tankstar USA was formed in 1987 as a holding company for Schwerman Trucking, Rogers Cartage, North American Bulk Transport and Bulk Logistics. Schwerman Trucking itself was founded in Milwaukee in 1913, making it the oldest family owned tank truck company in the U.S.

Heading into 2021, Tankstar President Jack Schwerman was preparing his children—David and Stacey Schwerman—to take the company reins. Like their father and grandfather before them, they grew up in the company.

Together with new hires such as Gehrke and CFO David Leibham, the younger Schwermans are driving Tankstar into the future with an emphasis on technology and innovation, with Gehrke modernizing legal operations and taking an active role in day-to-day operations. 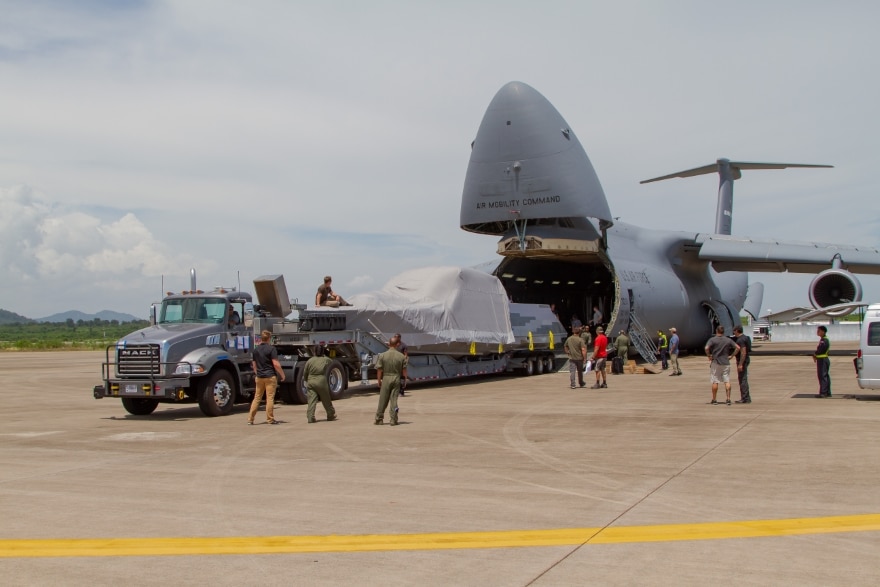 Before that, however, he first had to address the lingering litigation between Rogers Cartage and an insurance company that had refused to pay a claim on environmental damages related to contamination in the 1960s.

Though Rogers was not alone in the incidents, Gehrke says the shipper had not disclosed the contaminants were part of the loads being hauled.

“At this point in the case, it was less about the merits than it was the strategy,” Gehrke summarizes.

He took his argument straight to the insurers, and when the claim was finally settled, Rogers got $1 million more than expected, he adds. “The ramifications are big, and you have to build that trust,” Gehrke says. “It shows what I’m capable of doing.”

Even without litigation, Gehrke says handling insurance claims and renewals can take up half of his week. That’s also due to his emphasis on investigating accidents and incidents in-house, to ensure Tankstar and its subsidiaries are not being improperly held liable—or fighting nuisance claims.

The company’s IT department is building a database to help, Gehrke adds, aided by the emergence of technology in the logistics industry that includes cameras and tablets in truck cabs, and automated dispatch logs that reduce manual data entry.

As part of the executive team, Gehrke meets weekly to review incidents or accidents while looking for trends or terminals where problems may occur more frequently. While Tankstar’s safety and quality departments develop the procedures, he helps put them in place—and has even weighed in on which type of cameras should be installed in truck cabs. 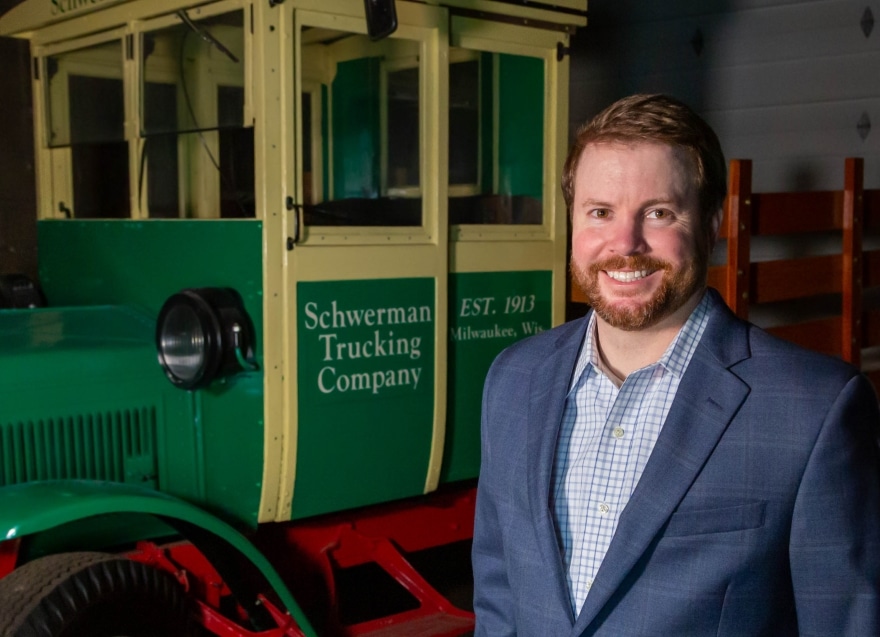 “More information is better,” Gehrke says. “We can see where there may be reporting lags and add more data such as the time of day and day of the week for incidents.”

Noting his work still tends to be more reactive (particularly in areas like insurance and risk management), Gehrke says Tankstar is proactive when it needs to be—such as shutting down all its Texas terminals when a winter snowstorm covered the Lone Star State in February. Driver safety took precedence over lost revenue, he says, adding that’s always typified the Schwerman family’s approach to business.

Ensuring driver safety is crucial, but finding drivers is also a challenge Gehrke is helping address in 2021. However, recruiting and keeping drivers in the face of industry-wide shortages isn’t just an HR matter.

“I’m not afraid to speak my mind. I actively get into things because that’s how we get the most out of it,” he says. “Everyone works well together, and teamwork is encouraged and welcomed. They want impact and input from the legal department.”

Gehrke’s is hardly an outsider’s view. Though he says he was hired in part because of his insurance and litigation experience, he also knows how to load and move freight.

After growing up near Madison, Wisconsin, Gehrke enlisted in the U.S. Air Force in 2001, before the 9/11 attacks. While he’d hoped to be part of special forces in the military, he selected loadmaster as a backup job.

He was assigned to the C-5 Galaxy, the largest Air Force cargo plane.

“The Wright brothers’ first flight could have taken off in the front and landed in the back of the plane,” he says.

After earning his wings and going through survival school, Gehrke joined the 22nd Airlift Squadron at Travis Air Force Base in California. He spent the next couple of years transporting cargo including tanks, helicopters and satellites around the world while also providing support to President George W. Bush when he traveled. 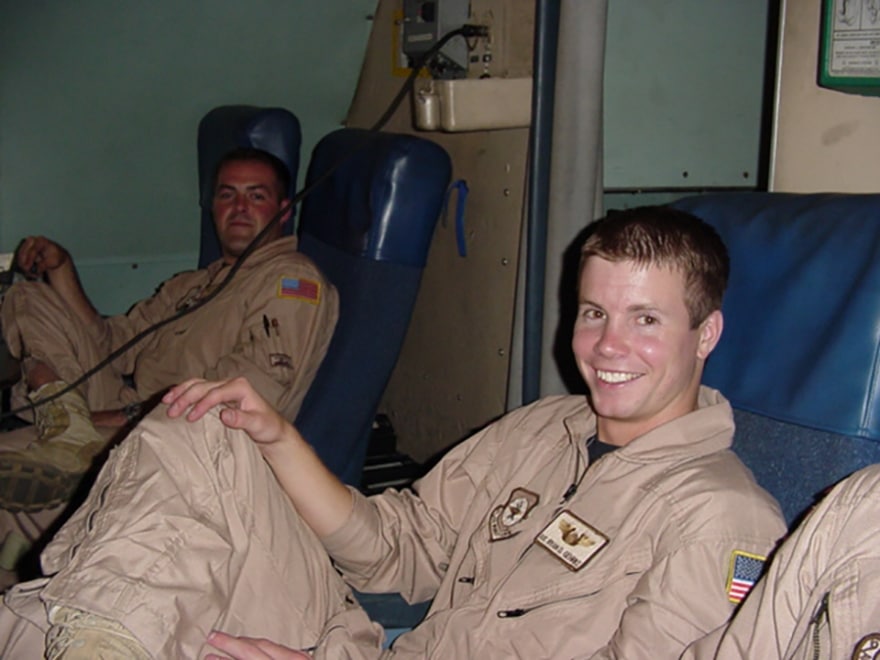 Unfortunately, the loadmaster role excluded him from special forces training he had hoped for when enlisting, Gehrke adds. However, it gave him the logistics experience he’s combined with his legal acumen at Tankstar.

Upon leaving the Air Force, he returned to Wisconsin and earned his bachelor’s degree in legal studies from the University of Wisconsin in 2007. He followed that with his J.D. from Marquette University Law School in 2011.

His legal career began soon after as an attorney in the litigation and risk management group at a large law firm in Milwaukee. In 2014, Gehrke began his own consulting and contract work, including with a Madison-based nonprofit that assists people meeting income, disability or veteran eligibility criteria find safe, affordable, accessible housing in communities.

In 2019, he joined Tankstar, finding a veteran-friendly environment with a personal touch that includes handwritten birthday cards for all of its employees.

Being given the trust and encouragement to help lead Tankstar into a new era excites him as much as litigation, he adds.

“It’s exciting to think of how much time we’ll all have together and what we can accomplish,” Gehrke says. 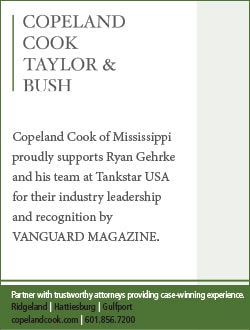 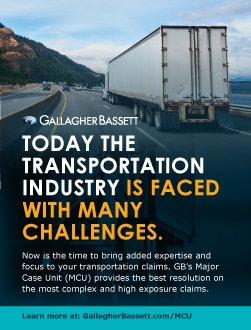 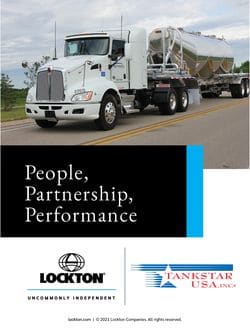 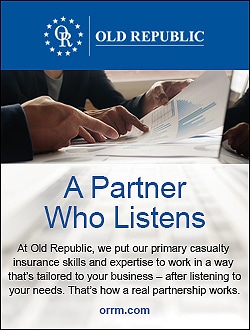