This was no ordinary request for help with heavy lifting.

In September 2012, Maxim Crane Works was called by United Space Alliance, a NASA contractor. The Space Shuttle Endeavour was scheduled to arrive at LAX Airport, and United Space Alliance needed it lifted from the jumbo jet carrying it and placed on a trailer for delivery to the California Science Center.

For Don Goebel, it was not a question of whether Maxim had the NASA-approved equipment to do the job—it did. 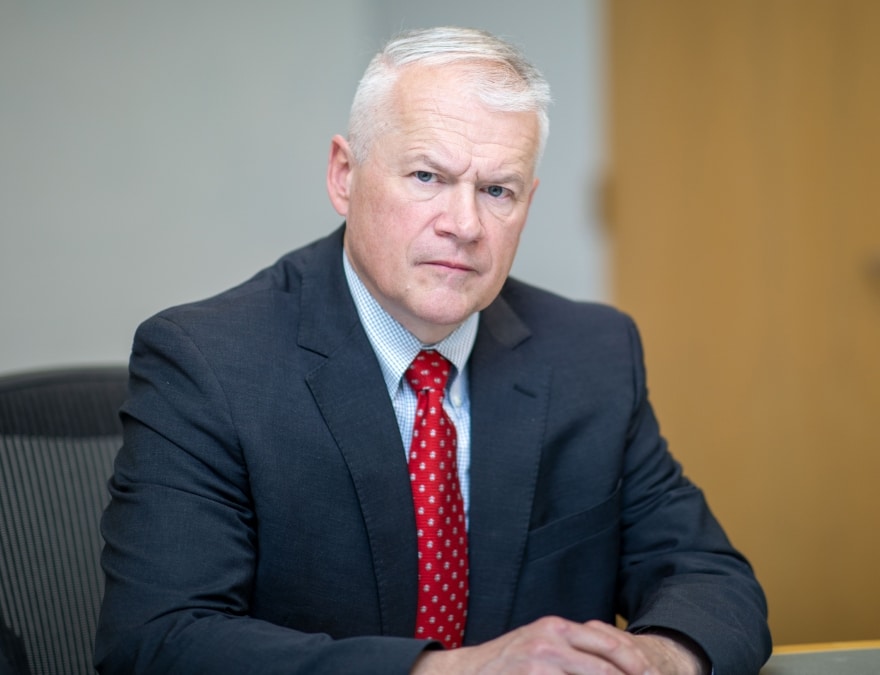 But Goebel needed to be sure it had the right insurance and contract terms for the job, too. As Maxim’s chief legal officer and chief tax officer, he ensures the company is covered before anything from a bucket or a beam to a space shuttle is hoisted. A mishap lifting the Endeavour would not only be horrible publicity, it could be financially ruinous if Maxim was not properly covered.

“This is not merely a legal department, it’s a troubleshooting department,” Goebel says. “We consider ourselves a value center that contributes to the marketing process and the overall success of the company.”

Armed with the correct coverage and fair terms and conditions, Maxim crane operators made short work of a very big job, and the Endeavour was off to the museum.

Maxim Crane Works, based in Pittsburgh and Cincinnati, doesn’t get calls to hoist space shuttles every day. But as Goebel notes, it does get called on to lift nearly everything from building components to wind turbines needed for heavy construction, heavy industry, the energy sector and petrochemical industry.

“When I started in this industry, we predominantly offered equipment rentals daily, weekly, monthly or annually,” he says. “We continue to offer bare crane rentals, but we’ve become more project-oriented and are more of a turnkey lift services business.”

Goebel adds that machines are more sophisticated, so the market has evolved to demand that cranes have a full crew including operators, oilers, riggers, mechanics, technicians, signal persons and safety professionals. 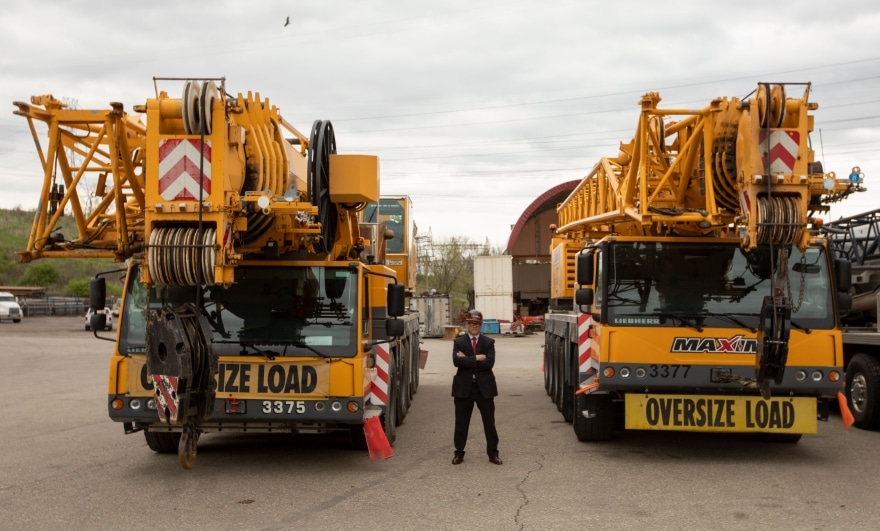 Goebel with all terrain cranes

With more than 70 locations in the U.S. and a unionized labor force, Maxim has done the heavy lifting to build the $1.6 billion Mercedes-Benz Stadium in Atlanta and the $1.1 billion Globe Life Park in Arlington, Texas.

Of the estimated 20,000 cranes operating in the U.S., Goebel says Maxim owns 2,600—offering everything from mobile equipment to a heavy lift crawler crane that can hoist up to 2,500 metric tons.

Goebel says the company is often approached by owners of the companies it buys. Maxim’s M&A team, including Goebel, assesses their fleets, whether the labor force in the area is unionized, whether the optimal deal structure is a purchase of assets or equity, and other financial and operational criteria.

The deal structure carries possible legal and tax implications Goebel looks to leverage, he says. For example, an asset purchase can allow Maxim to write off some of the crane purchases, meaning a quicker return on investment.

“We do have a script for how and where to buy,” Goebel says. “We look for unrealized value and synergies that can reduce costs.”

Just as not everybody is looking to buy a crane company, not everybody can haul a crane, let alone assemble and operate it. Though travel to job sites is generally within a 100-mile radius of its locations, Maxim operates coast-to-coast, and getting there can be half the fun.

It can take several tractor-trailer loads to transport even a smaller crane to a job site and Maxim operates its own support fleet. Crawler cranes require dozens of loads to haul them, and the largest models require as many as 150 loads. 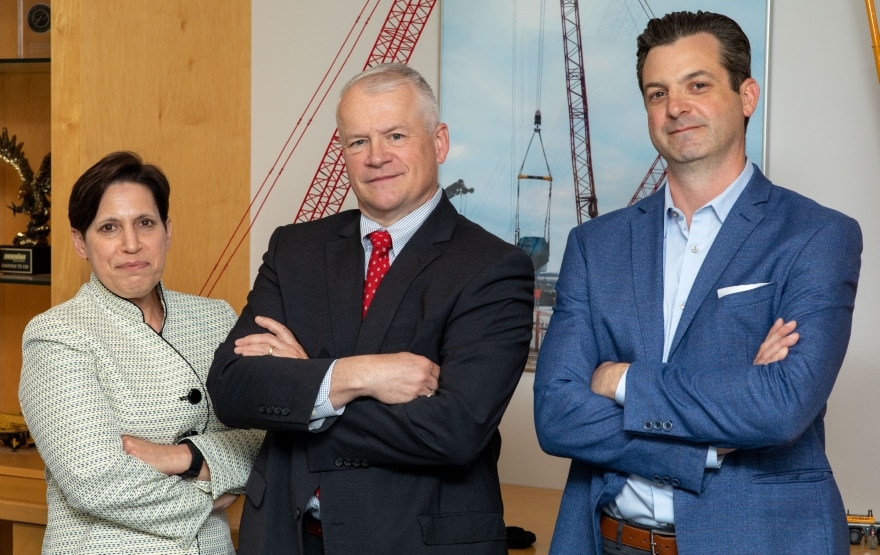 Travel is restricted by state and federal transportation regulations to off-peak hours and by weight limits on roads.

“Nearly everything we haul is a permit load,” Goebel says. “The loads are heavy, long and wide.”

Goebel also assures there’s a fair and equitable allocation of risk in contracts and insurance policies. Proud of the company’s zero tolerance safety approach, he says it has some of the most comprehensive coverage in the industry while prequalifying for coverages in the industries they serve. He can get coverage for any claims arising from Maxim’s work—protecting the job site, workers and third-party property.

Standardizing rental contracts, compliance and getting the proper insurance is part of the job, but there’s nothing Goebel enjoys more than getting out to an equipment branch or a job site.

“I believe seeing the workings of the company first-hand makes all the difference in understanding the risks involved and how to manage those risks,” he says. “Someone in the field might think, ‘Oh, here’s a suit from the home office’ until we start to talk about a technical issue, such as rebuilding an engine, which I know how to do and have done.”

Though his work takes him across the country, Goebel is based in his hometown of Pittsburgh. Having grown up on the North Side, he’s proud of the city’s place in American industrial history—his father was a union sheet metal worker who later served in the state legislature. 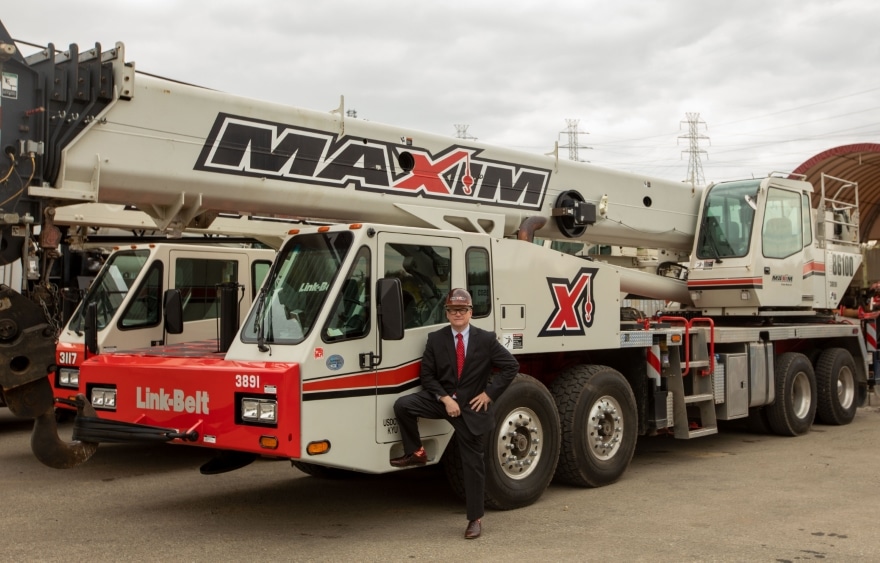 “I may not be the smartest guy in the room at any particular moment, but I am usually the most prepared,” Goebel says. “My hope and expectation is that others will be prepared because I am.”

He also believes hard work creates opportunities, which is how he came to Maxim in 2003. Goebel recalls being summoned to a meeting on a Tuesday afternoon where, over a beer, he was asked to join the company to set up a legal and tax department.

In a week’s time.

Almost 20 years later, Goebel oversees a staff of 11 in the legal department and three more on the tax side, for a company employing as many as 3,000 when it’s busiest.

“Our people on the ground are amazing and our machines are too,” Goebel says. “Navigating tougher waters and regulations in tough jobs is how we stay ahead of our competitors. We’re erecting America.”