High stakes and success in the world of sweets

Karina Cerdà remembers sitting in her Barcelona office in early 2019 when a call came from a fellow company attorney in Luxembourg. Little did she know that her day job—head of legal for Italian confectioner Ferrero—was about to include a covert project that would compel her to secrecy.

Even before Cerdà could listen to the mysterious brief, she had to sign a confidentiality agreement. Intrigued and thrilled with the secret nature of the operation (and a little terrified), she agreed. After all, in 11 years of working as the company’s head of legal in southern Europe, she never encountered anything like this. 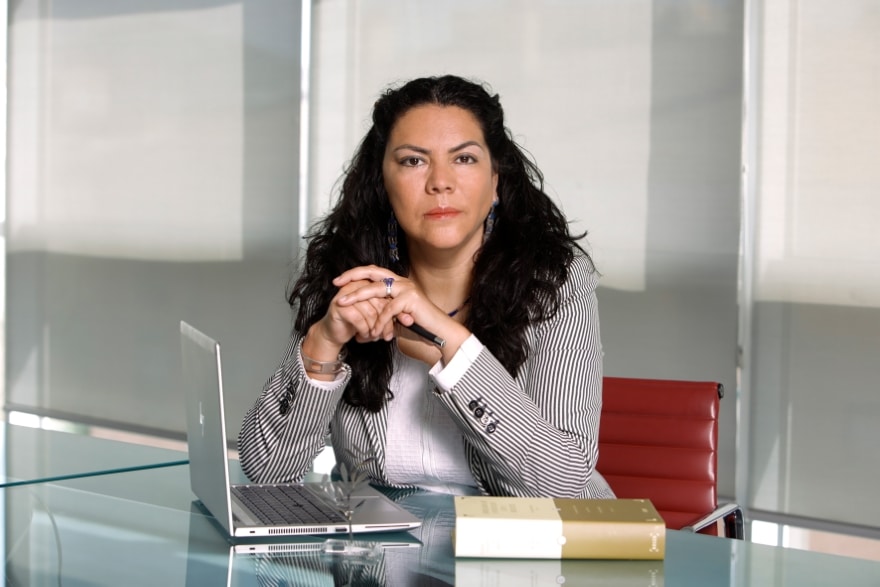 Karina Cerdà | Head of Legal in Spain and Portugal, Greece, Malta and Cyprus, Croatia and the Balkans | Ferrero Group

Apparently, Ferrero was about to make good on its dream of getting into the ice cream business. Code words like “Raffaello” and “Ferrero Rocher”—based on the company’s iconic chocolates—would become the first two flavors at a future Spanish manufacturing plant in Valencia. That’s where Cerdà came in: Ferrero had to acquire the plant first, and her background in M&A would help seal the deal.

Now, with the company’s supply chain in place, the ice cream is in production and on its way to stores in Spain, France, Germany, Portugal, Austria and Italy.

“It was a very secret operation—even people in the company didn’t know about it,” says Cerdà. “I realized this was going to change my job for the next year in a very exciting way!”

Truth be told, Ferrero’s ice cream project was years in the making, part of a broader effort to expand the company’s offerings. While the manufacturer had the winter market covered with its chocolate products and the additions of tea, gum and other sweets, it had less to sell in the warmer months. Nothing says summer like ice cream, says Cerdà.

Founded in Alba, Italy in 1946, Ferrero had long fostered a desire to make ice cream. By happenstance, it discovered Spanish ice cream manufacturer ICFC in 2019.

“The company could’ve based the plant anywhere. It was pure luck to have it close by—and I happened to have the skills they needed to close the deal,” Cerdà says, who assisted the Luxembourg team in negotiations. 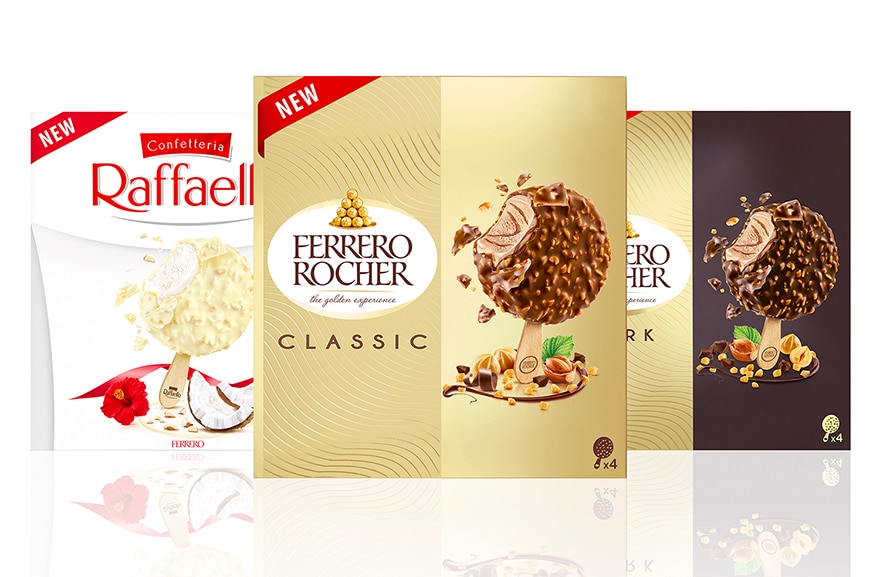 For more than a year, Cerdà been developing a plan to integrate employees into Ferrero’s business. Given the two entities’ distinct cultures—one is a multinational corporation, the other a local manufacturer—Cerdà focused on commonalities. (Both are family-owned, for instance.) Her other aim was to share Ferrero’s legal policies and corporate guidelines.

From a legal perspective, she established contracts related to the company’s new ice cream operations, encompassing everything from ingredient sourcing and distribution agreements to employee and corporate policies.

The plant then started manufacturing its first three “sticks” based on the pralines that made Ferrero famous worldwide: “Raffaello” and “Ferrero Rocher.” Distribution began in spring 2020.

With Ferrero’s ice cream production now underway, Cerdà still has her daily responsibilities to contend with—namely, providing legal support to other countries in her jurisdiction.

In 2017, the company tapped her to become a legal coordinator to business units in southern Europe. While Ferrero has attorneys licensed in each country, Cerdà is a liaison, sharing legal advice, contracts and information. She says it’s been an enriching experience, noting she enjoys conversations with seasoned Greek attorney Aida Economou and Ines de Sa of Portugal, whom she’s known for more than a decade.

“The problems we face are similar—selling chocolate-based products—but the ideal legal solutions can change from one territory to another,” Cerdà says. “I find you can always learn from experience in one country and apply it to others.”

Earning a degree from the Universitat Abat Oliba CEU in 1999 in international law, she joined Landwell as a commercial lawyer in 2001. In 2004, she made the move to Roca Junyent, where she practiced commercial law and became a founding member of its Italian desk.

Three years later she joined BDO, a multi-billion-dollar independent professional services advisory organization specializing in accounting, tax, legal and advisory services in 167 countries. That relationship would carry over to her role at Ferrero, where more than a decade later the firm assists her with legal advisory services in commercial law, regulatory matters and advice on advertising, media and communications. 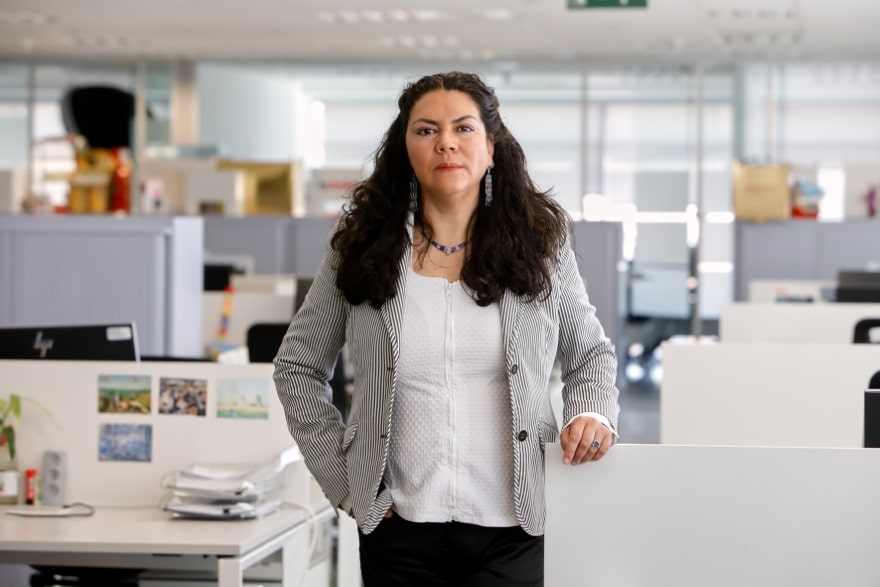 “We are proud to have a long-standing working relationship with Karina and her team,” says Adolfo Soria, partner at BDO Abogados in Spain. While Cerdà enjoyed her time at BDO—and treasures her relationship with the firm—after four years there she wanted to be in house.

Her desire was to provide legal assistance to a company where she could gain a complete understanding by getting to know each department, learning its business needs and being part of its decisions.

“My fellow colleagues said I’d become bored as an in-house lawyer, that I had the thrill of M&A transactions in my veins, jumping from one transaction to another,” she says.  “That was not the case.”

Being part of the Ferrero Group was the opposite of what her colleagues predicted: there wasn’t time to get bored because there were always new projects in a multicultural and multilingual environment.

“My interest in international law set the foundation in my career of what was to come: taking legislation and adapting it from a local to an international community,” says Cerdà. “What makes the process sweeter is speaking in the language of chocolate.” 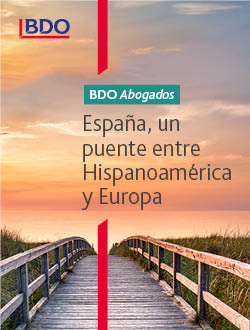 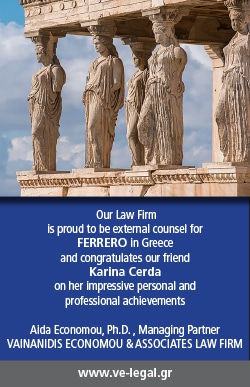